I really have so many thoughts swirling, so I'll do my best to keep this concise. Actually, this is just going to be "Part 1" of a multiple part series, so that I can kind of cover it all, not only to share but for my own future reference.

The big news is, we had our close friends (and farming partners) move in with us over the weekend. Two adults, Bri and Brett, and their two young kids, Lilly (3) and Jude (3 months). They have their own house, pets, and garden. They are not in financial trouble. They are not particularly far away from us, either. They live just on the other side of downtown, less than 10 minutes from us in traffic. We recognize that this may seem a strange decision to the people in our lives. My house is not very large. It's an average sized cape cod style house, about 1400 square feet. We also have our friend Lindsay and her son Eli (5) living in the basement apartment. The main floor of our house has a kitchen, dining room, living room, bathroom and two bedrooms. The upstairs is a long open space where we recently put up a dividing wall, so it's two large rooms now (one of which is a bedroom for Jeff and I and Asa). 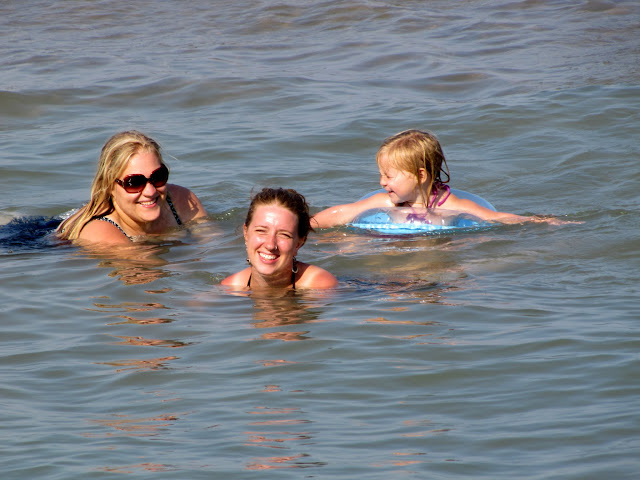 Bri, me, and Lilly swimming in Lake Huron.

Perhaps I'm just a little preemptively defensive. When we mull over the reasons that we've done this it all seems so wonderfully practical. Why is it that the decision to co-house seems controversial? I'm certain that many people won't care and will see the sense in it all. I think others may not understand but will choose to be open minded about it. And then others will speculate about our personal lives (for the record, this is a platonic partnership between two families).

So here's a little list to explain the "whys" of it all: 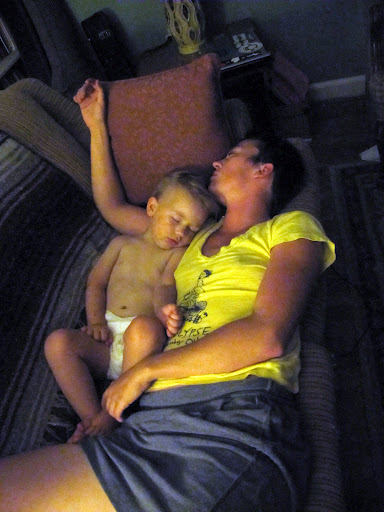 Lindsay and Asa napping on the couch together. 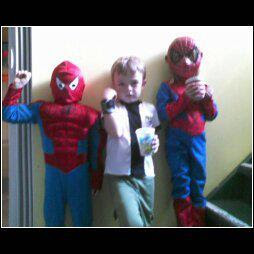 A friend's son, Eli, and Vera playing one afternoon. 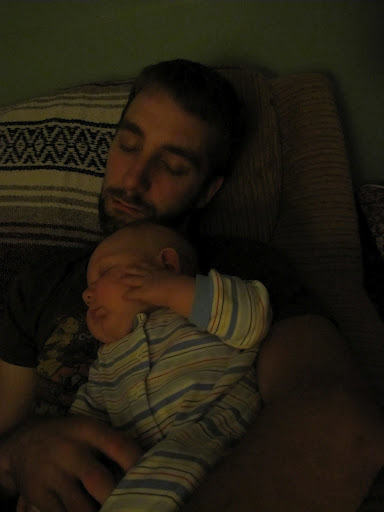 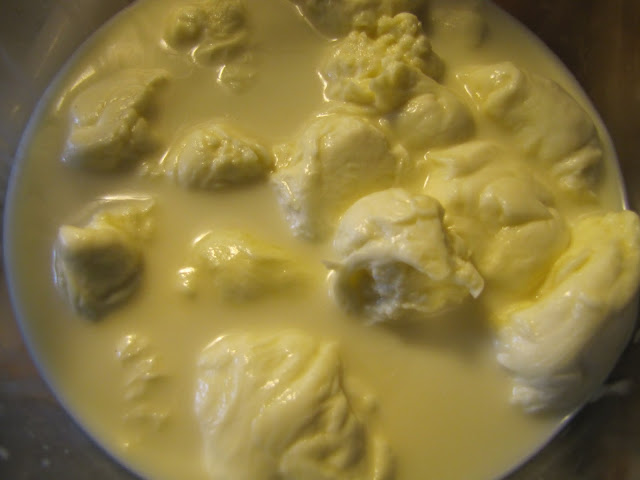 So, hopefully that gives an initial look into why this feels like a really good move for us right now. I think next time I'll talk a bit about the challenges we face.