One year ago today, this little guy shot his way into this world with a force- straight into the loving arms of my sister. Today he’s a sweet, smiley, curious, gentle little soul. They weren’t doing anything special tonight, and so I invited my sister and the kids over for dinner. It’s hard to believe it’s already been a year! Thank you, sister, for nourishing and birthing him. A day to celebrate both of them, for sure. 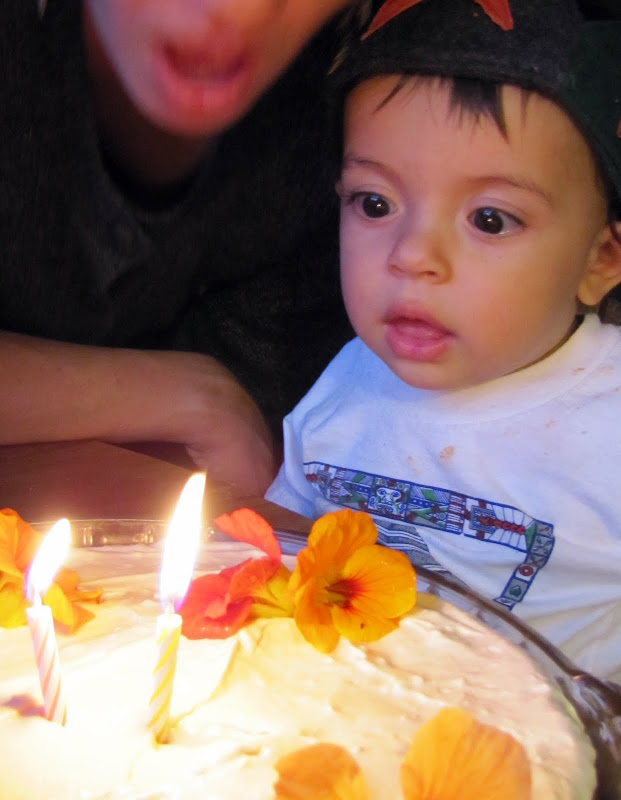 Max is also a very big fan of food, unlike his sister who seems to live on air and milk (and the occasional noodle). In thinking about what to feed everyone tonight, I decided to make something that was fun and delicious, but really nutritious (because one can’t really compromise that with the littles, in my opinion). While I have been blessed with one of the easiest toddlers to feed, I try to be a little more clever with other kids. I looked around my kitchen and saw that I had sweet potatoes, some flour, bacon, onions… the wheels started turning. I soaked the flour in preparation for some kind of attempt at a sweet potato pasta. Here’s the result: 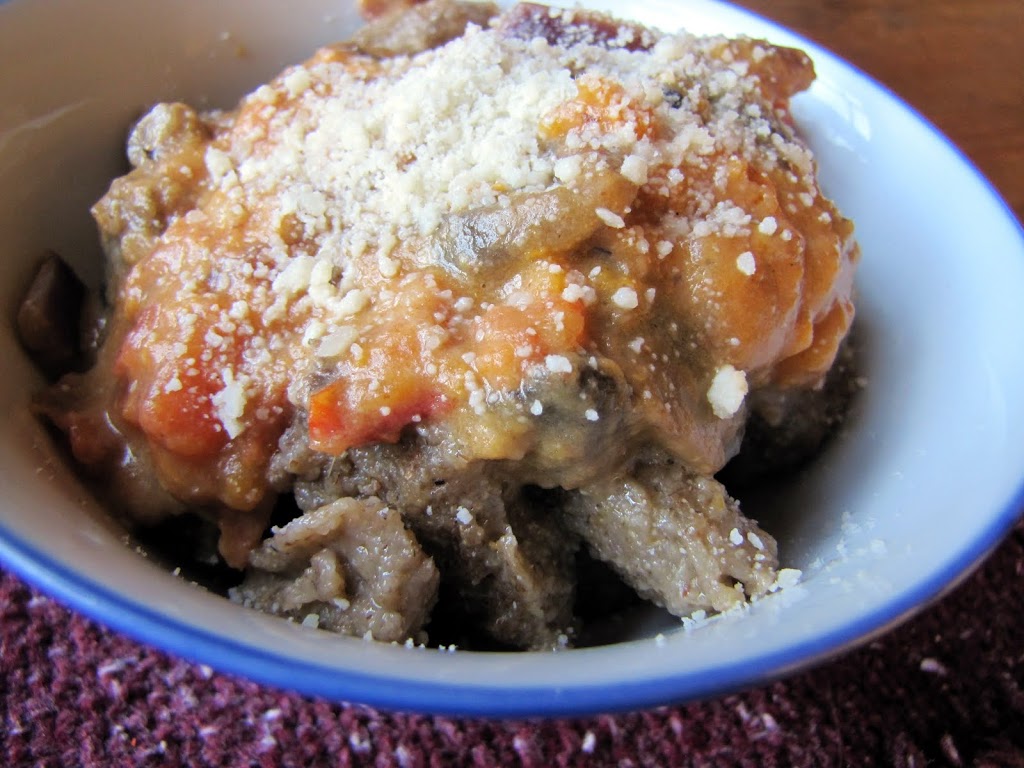 It’s whole wheat (soaked) sweet potato gnocchi, topped with a creamy sweet potato-tomato sauce with bacon, mushrooms, oregano, onion, garlic, and a dash of salt and pepper. Let me just say, while I could do more experimenting with the gnocchi, it was really delicious. Super flavorful, filling, fresh… we all ate a good helping- although the little girls were more interested in running away from imaginary dragons than eating. Plus Tuula just wasn’t a fan of the chewy texture. The birthday boy, however, was thrilled, and he ate loads!

Then for dessert I made a banana blueberry cake sweetened with just a 1/4 cup of maple syrup. Perfectly sweet, beautifully moist, and so good. Topped with a simple cream cheese frosting (also sweetened with a dash of maple syrup and some cinnamon) and some edible flowers from the garden, it was a good birthday meal for this little guy. One candle for Max, and one for his Mama’s birthing day. Tuula ate an entire piece of this and there were no dragons to be found anywhere during dessert… hmmm. 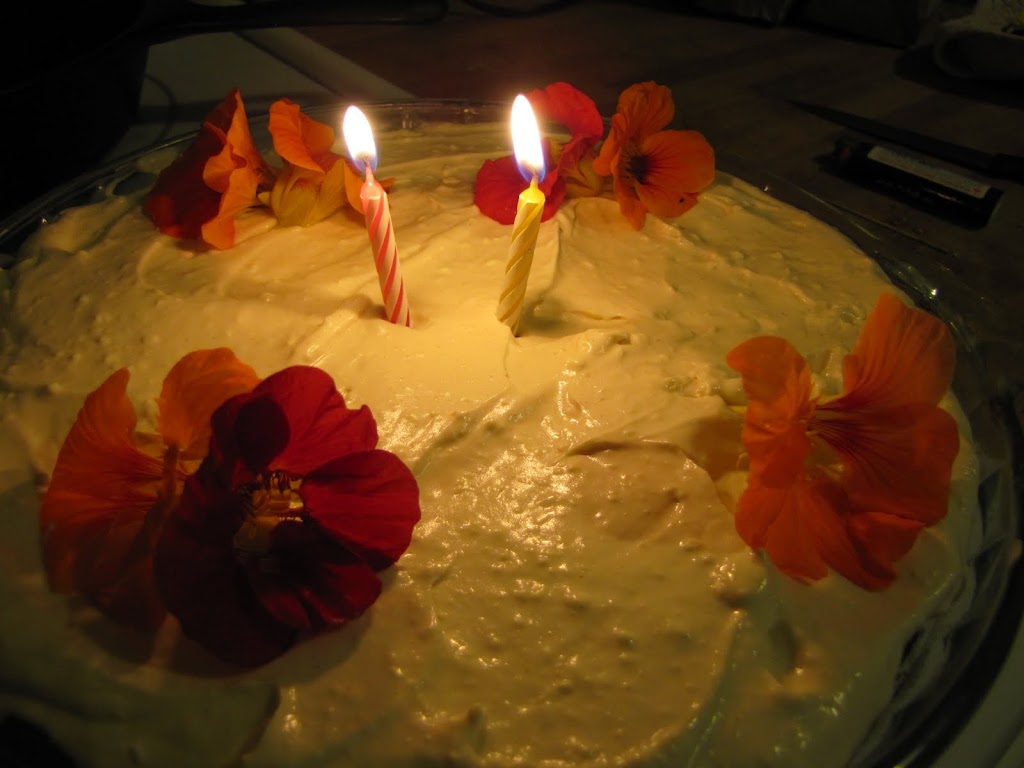 I roughly followed this recipe. I subbed the egg whites for just two whole eggs, I replaced the oil with melted butter, and I used two bananas instead of one. I also skipped the salt (the butter was salted), and I only used whole wheat flour. Really really delicious, and super easy to make. The frosting was just a little cream cheese mixed with a little sour cream, a good couple dashes of cinnamon, and a… kersploosh of maple syrup. Yes, a kersploosh. It’s a word, I swear. 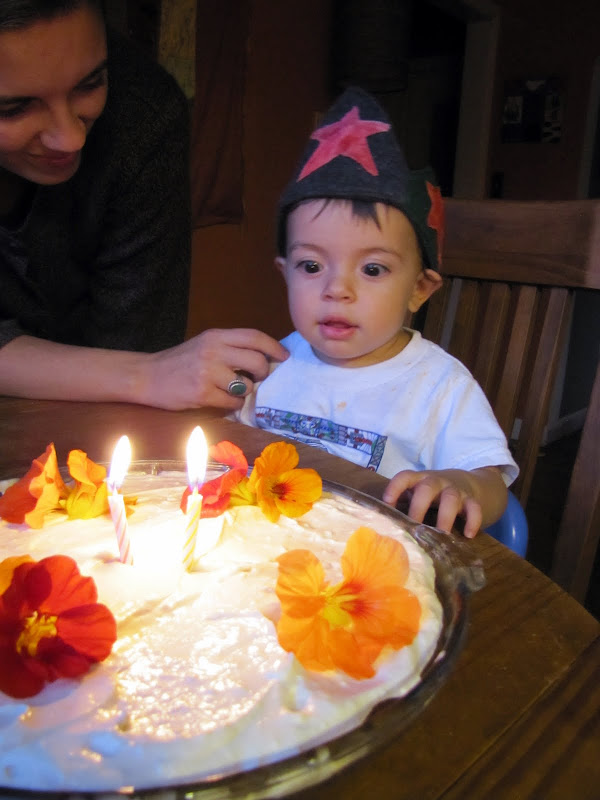 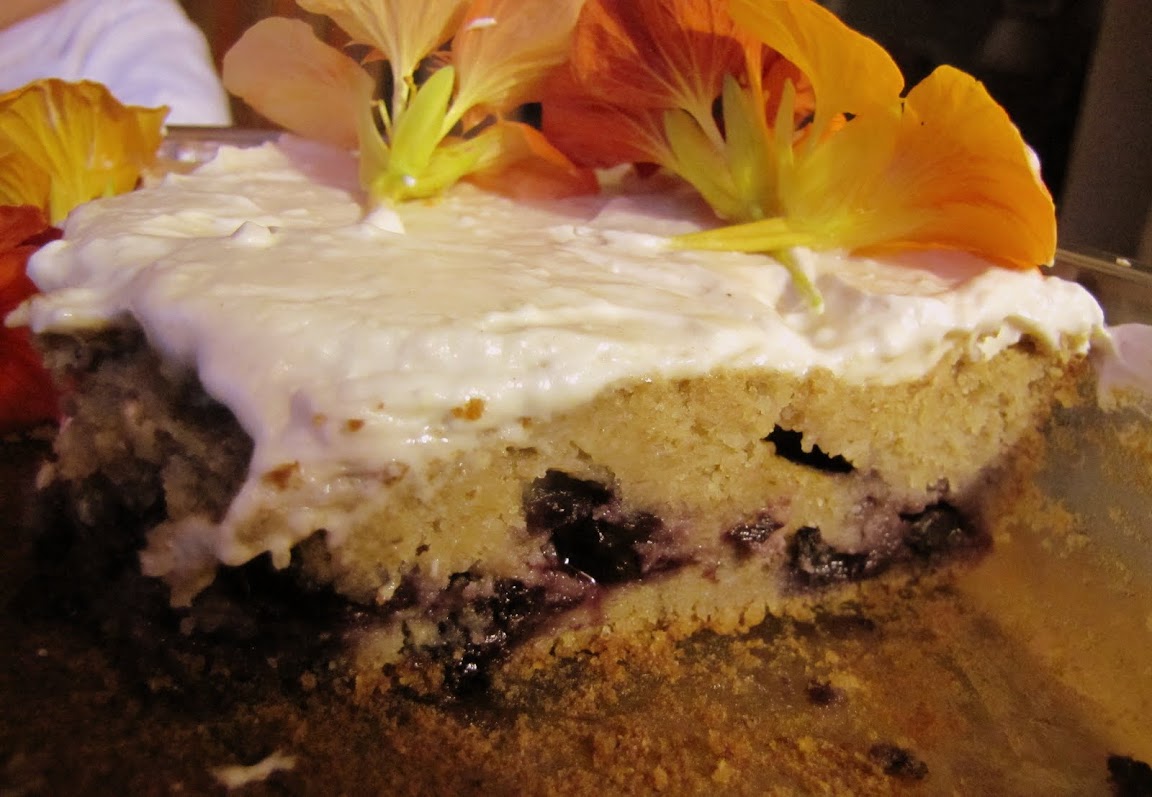 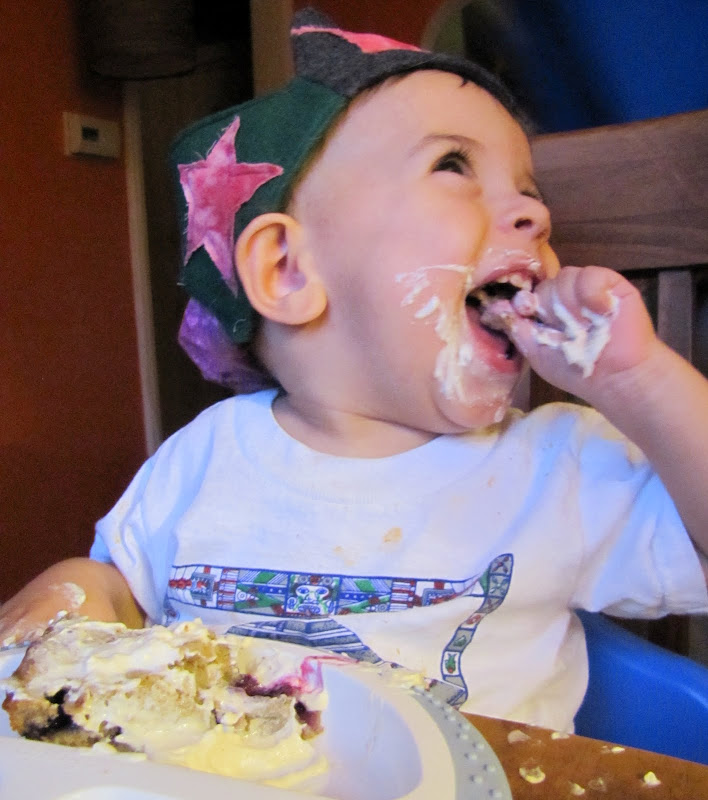 Most days this is all I need. Time spent with good people, children squealing all around, and a happy meal settling in my belly. Happy birthday to my sweet baby nephew, who’s life is so worthy of celebration.