I haven’t been doing as much food stuff as I would have liked this summer, but I’m hardly depressed about it- what with doubling the garden, being very pregnant, and then giving birth and recovering and having a new infant to care for… I’m just going to cut myself a little slack in this area. I had visions of us picnicking and eating fresh garden goodness every night. It’s not like we didn’t do that, but we got more carry-out over the past couple of months than I’d care to admit. What can I say? Some days I felt like the only time I had free hands it was to carry another diaper load to the wash or just get the dishes under control. And it was fun, too. We liked eating out more often and not having to think about it every night or make more dishes than were already piled up. Really, the only thing I regret about it is not remembering to bring our own containers to put the food in- I hated throwing away what they’d give us. But, now Asa is six weeks old, Jeff is back to work full time, and I’m feeling energetic and capable… most of the time. This fall-like weather has me breathing deeply and dreaming of all the warm comforting and nutritious foods that one can only really create at home. Fall conjures up so many memories for me. So many rich, distinct smells and flavors… I love it! This season will be fully appreciated here! Plus, cooking is such a creative outlet for me, not to mention is good for our health, is cheaper, is a good activity for Vera to take part in… the benefits are numerous. So, while I’m sure Jeff and I have a few more we-couldn’t-possibly-cook-anything nights to come, I’m going to do my best to keep us eating the way we really want to.

So, without further ado, here’s what I’ve been up to this week. Here’s a raw green bean spread. It’s really good, very simple and fresh tasting. 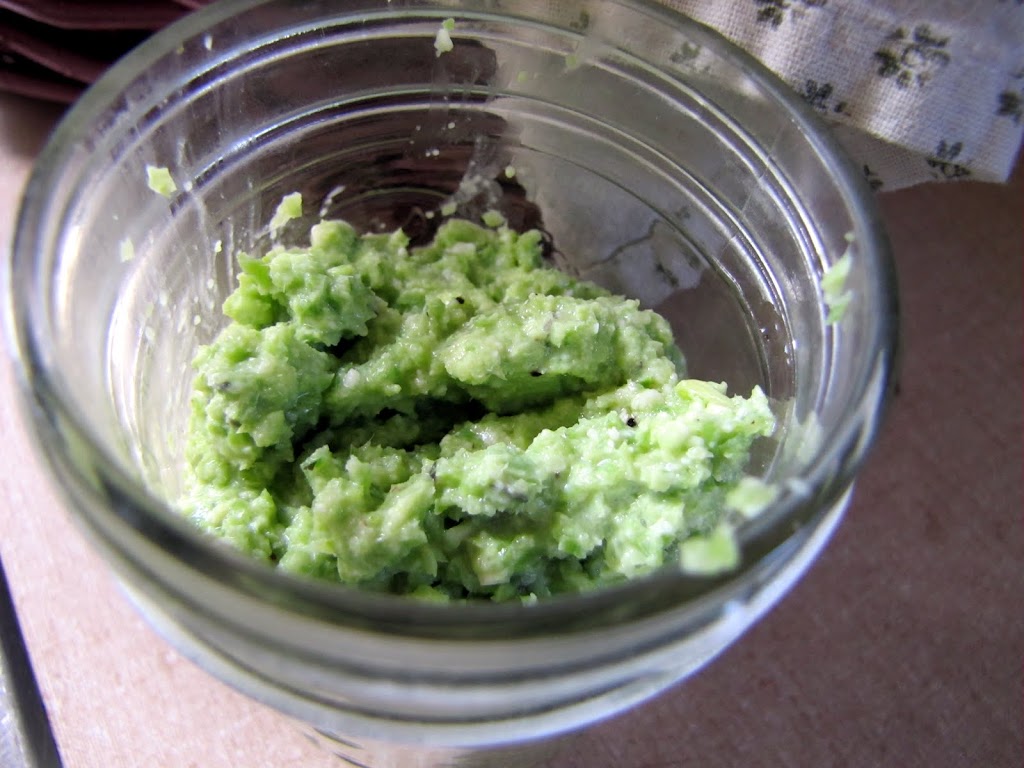 This is a birthday basket for my dad. In it are some tomatoes, eggplant, pickled summer squash, patty pan squash, yellow crookneck squash, raw green bean spread, chili and Serrano peppers (he’s a spice-junkie), some sweet orange peppers, and some kale. He exclaimed (very sweetly), "I’ve never gotten kale for my birthday!" Haha. Anyway. 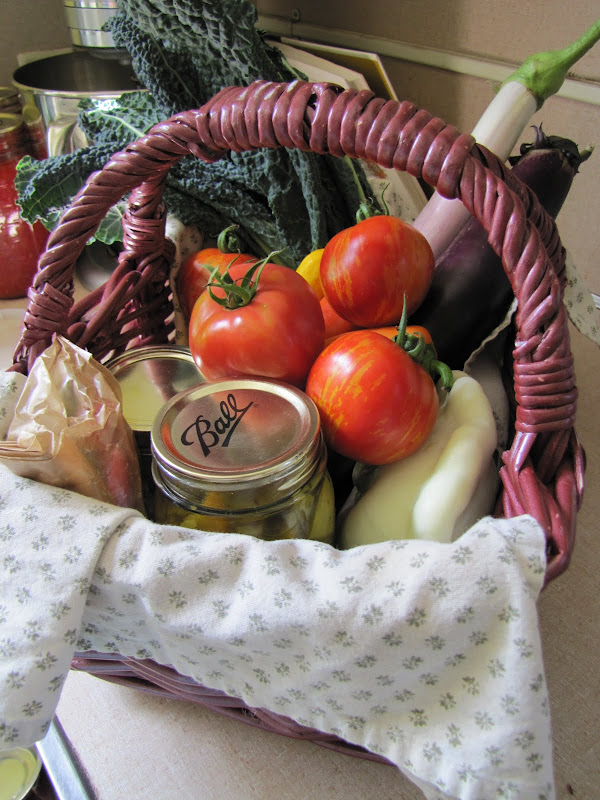 For my birthday, I got this book from my dad. It’s a very cool book, often called "the bible for bread baking", and comes in handy considering that my sourdough starter bit the dust. It grew mold because I just kept forgetting about it on the counter. Sort of sucks, but I wasn’t doing well with it anyway. I will start sourdough up again soon, but this book presented me with an opportunity to learn other methods. I’m just going to experiment with different kinds of bread and try to do it often enough so we aren’t buying it anymore. It’s also written by a zen teacher, and is as much a book about food philosophy as it is about the recipes it contains. I’ll probably be talking more about this book in the days to come. Anyway, I made the basic Tassajara bread last week and it was lovely (although I forgot to take a picture). 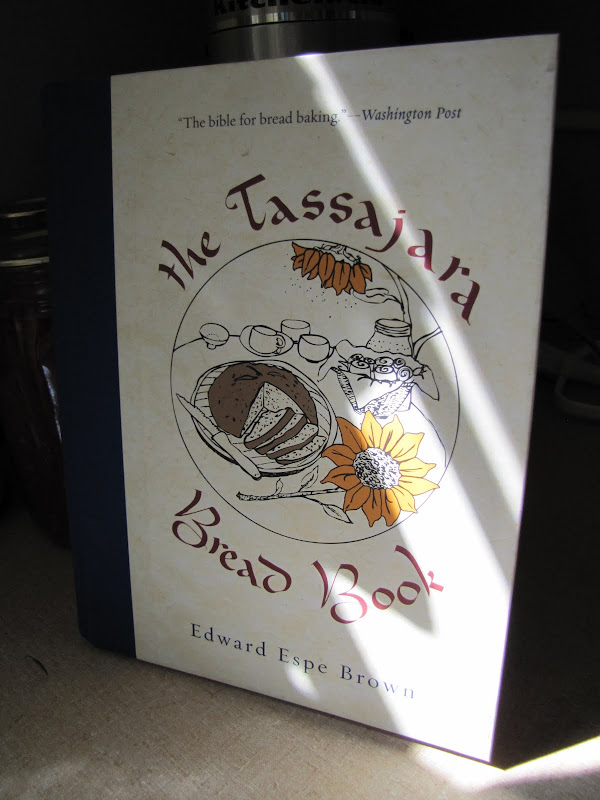 Today I made pesto. However, I like to mix it up a bit, and keep things cheaper, and so I experimented a little. My nasturtium has done so well this year, I had to use some in it. I made nasturtium pesto last year, and it’s a great way to use it. Nasturtium has this great peppery flavor, but it can be a little overwhelming if used for more than a garnish on a salad. Anyway, when used in pesto, it really does justice to the plant’s flavor, I think, and mellows it out with the olive oil and lemon juice so that I could just eat spoonfuls of the stuff. So, I mixed it with some basil I also grew and drizzled in olive oil and lemon juice. Then I added a couple of cloves of garlic, salt and pepper. 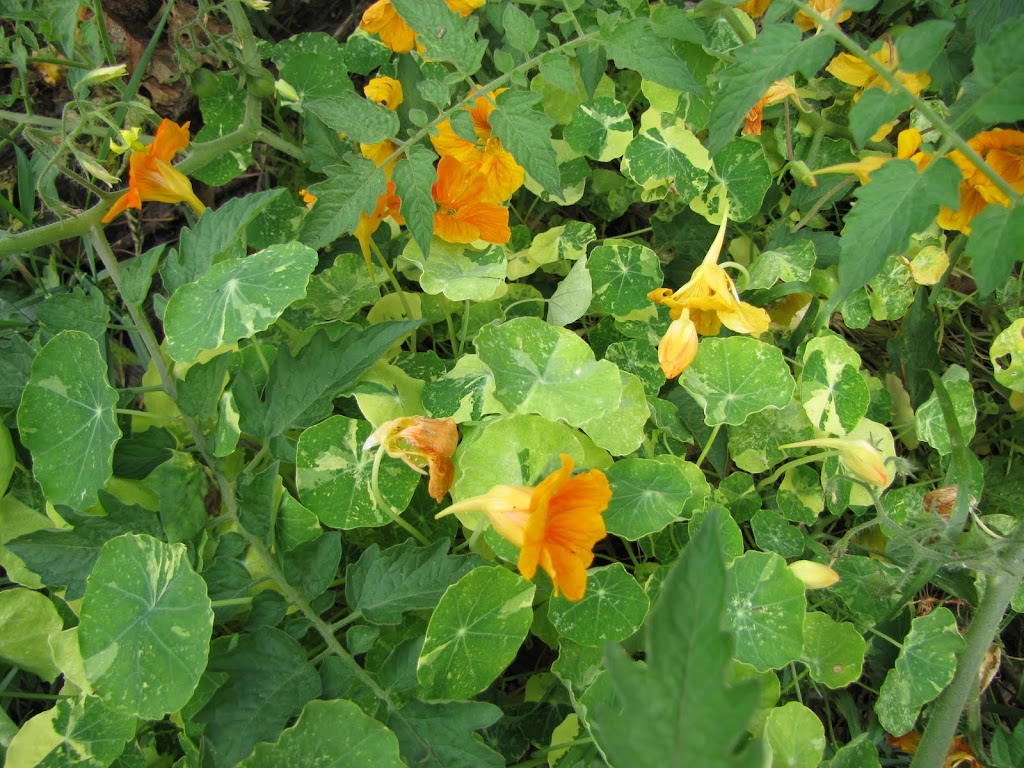 And, I was trying to find a way to make it a little cheaper- traditionally I think it calls for pine nuts, but those are so expensive for a little bag! So then there’s walnuts that can be used, but those can be pricey as well. Then I saw these hulled pumpkin seeds, also known as "pepitos" in the bulk section at the co-op. They were only about $4 a pound, and so good! (Walnuts are about double that price, and pine nuts are a good 5-10 times that price). I soaked them in salt water and dried them in my dehydrator to reduce the phytic acid content (and to make them that much more munchable!) We’ve been snacking on them for a couple of weeks, but I decided to try adding them to the pesto. 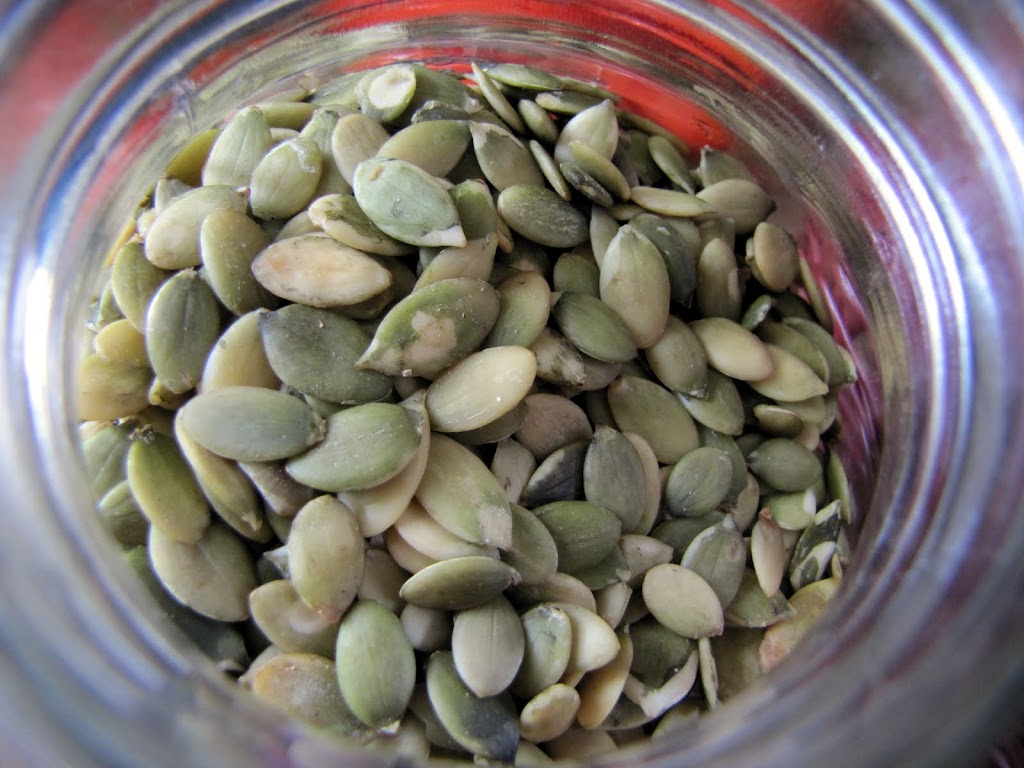 The result is delicious! I added the final touch of a little parmesan cheese, and voila! An alternative pesto that is so yummy, uses up some garden extras, and is much cheaper! 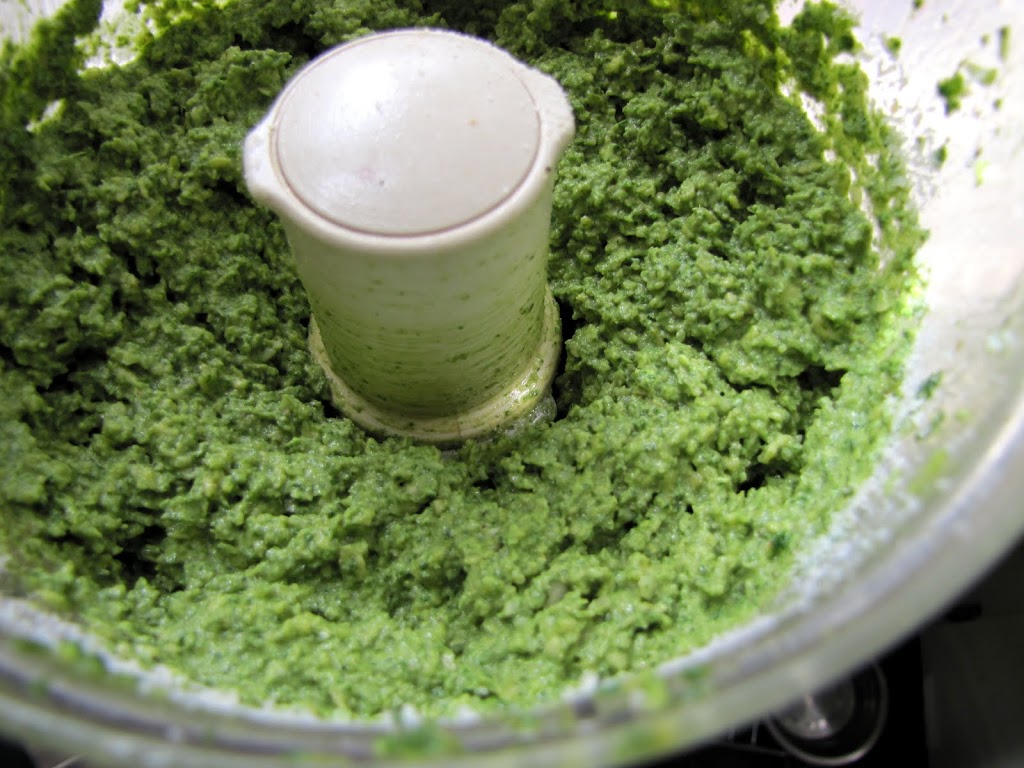 And for tonight, since I’ll be out with the kids until it’s time to eat, I decided to just keep it simple and slow roast some veggies along with that chicken we brought home last week. I’m looking forward to dinner tonight. 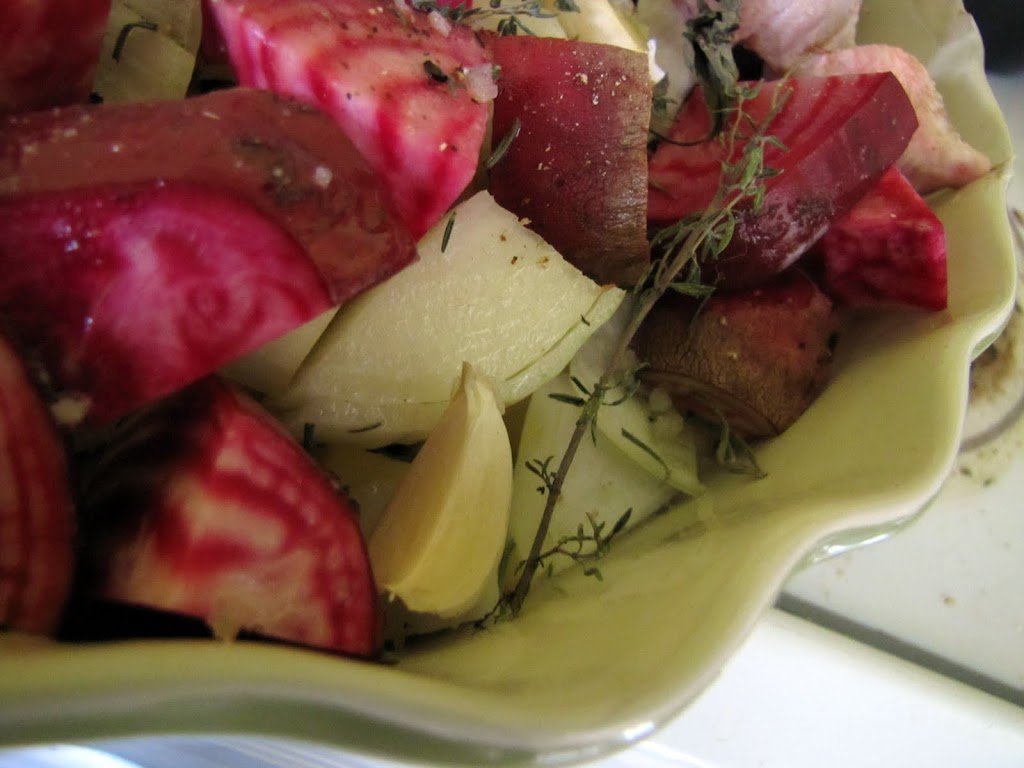