I feel as if time keeps getting stolen from me. I’m working at having faith that I will build the skills and endurance I need to be able to gracefully handle this whole life thing… I mean, we all start just moving around as babies, getting to know our bodies, building our muscles and coordination. Then we have some calculated movements- crawling, then pulling to standing, then walking, then running. Soon we’re fully functioning moving creatures, handling a great many things fluently. It amazes me that we can do so much, while it all still, at it’s core, is just small movements and thoughts in various combinations.

—
I’m so grateful that I can look down at what my son is doing (he just started cruising last night!) and see it’s true and simple message in my own life. Last night, it felt as if the world was crashing in around me, I just had a really overwhelming day where I couldn’t get my racing thoughts in check. Anyway, I watched him move one tiny hand and one tiny foot, one after another, slowly towards his goal. It was so simple and sweet, and being his knowing and loving mother, I don’t wish him to hurry. I want him to take his time, build confidence, learn his own body and how to trust himself… It got me remembering that I am just like him, we all are in some ways. I am knowing in the ways that I am knowing, I am capable in the ways that I am capable, but I’m stumbling and unfamiliar when it comes to many new things. I don’t know. It helped to relax me. 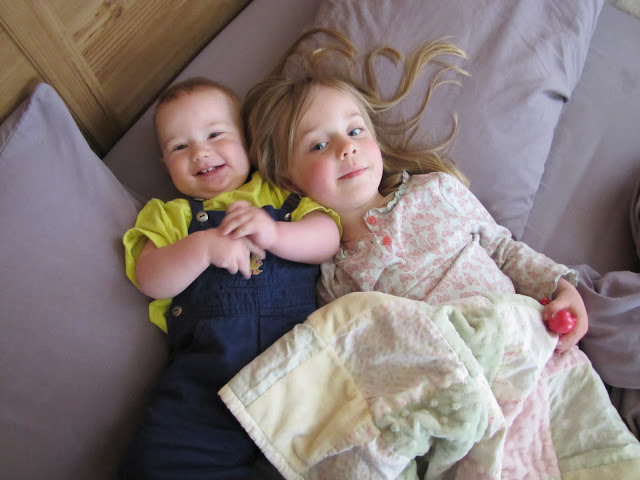 My kids provide me with so much insight, I just love being a parent. Watching them take shape is so awesome. Asa is getting so huge, and he’s so funny, and he is starting to understand my signing, which is just fun. He loves food. He loves eating everything on the floor… 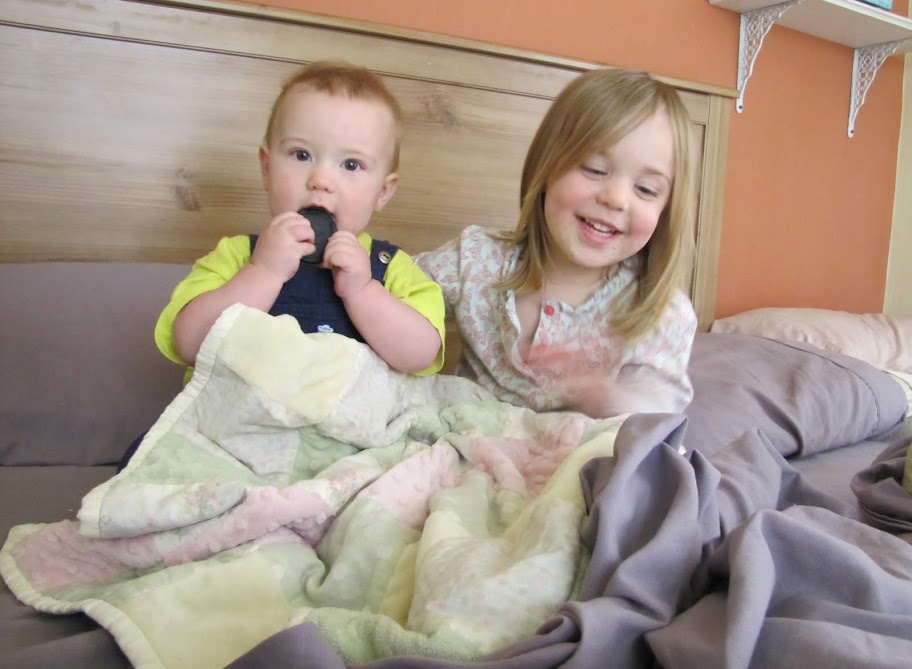 And Miss Vera… oh my. What a character. She’s saying the greatest things lately. Like… the other day we were driving home and she thoughtfully said "Mama, how do trees drink?" And so we had a whole conversation about soil and roots and rain. She thought the roots must have little slurping mouths down there. It was awesome.
Then yesterday I was overwhelmed with just… everything. And Vera said "Mama, I love you more than ice cream."
<3 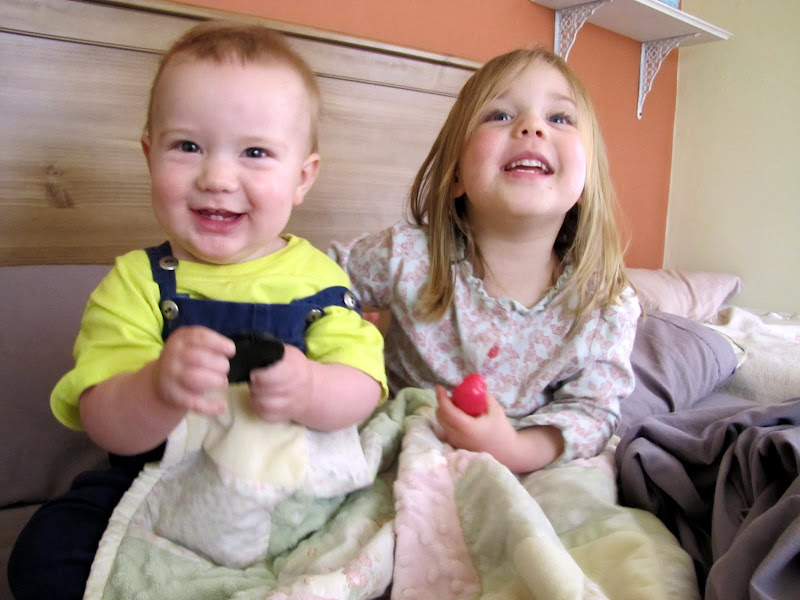 Also yesterday, she wanted to shut the dishwasher door, but I wasn’t done loading dishes in yet. She asked "Are you DONE YET?!" and when I told her no, she said "I don’t like waiting. It makes my nose itch."
Vera and Tuula presented this to me on Monday. When I asked what it was, they said "It’s a dead cow and a pie apple!!!" Gotta give them points for presentation. 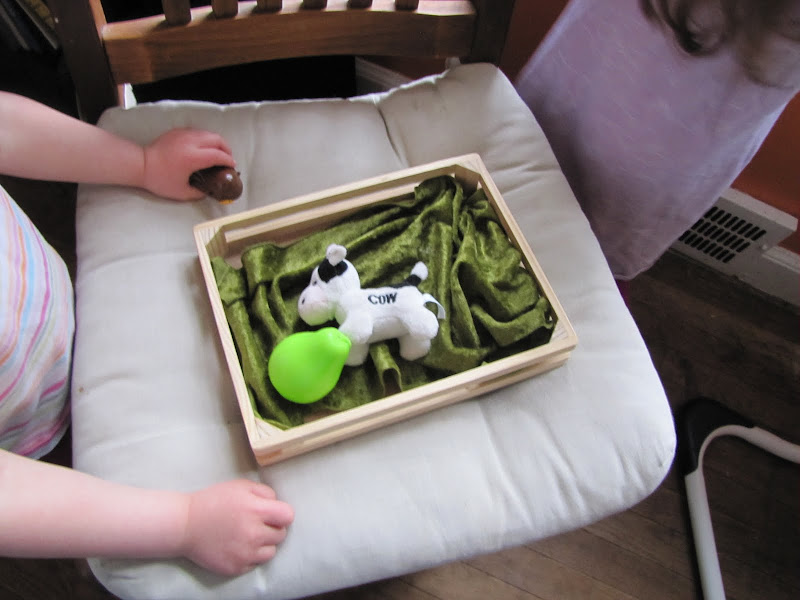 Hardening off our onions, leeks, brassicas, and various herbs. They’ll be ready to plant tonight, but I think the only time we’ll have for it is tomorrow morning. So excited to get some stuff in the ground finally. I’ll also plant hardier seeds (kale, lettuce, etc.), and oh… this will be so good for me. 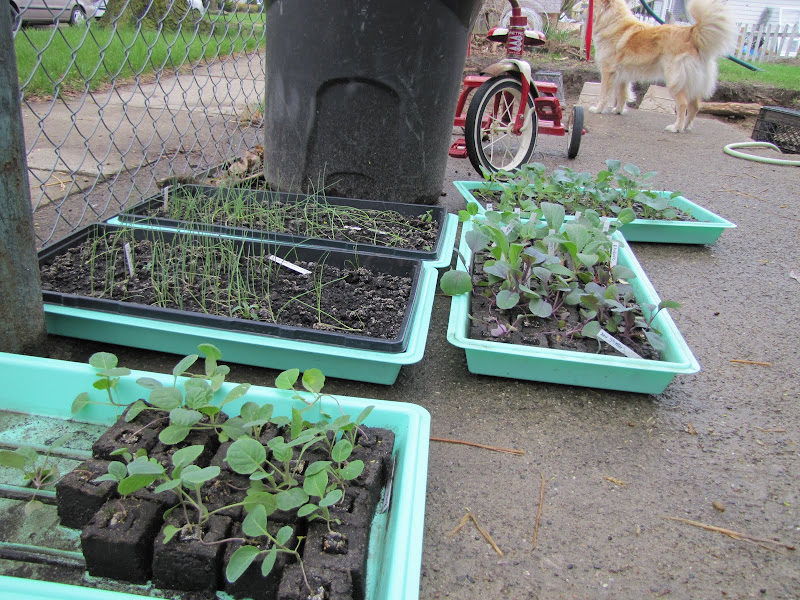 The other thing I was able to take on was this perennial bed that I’ve been wanting. 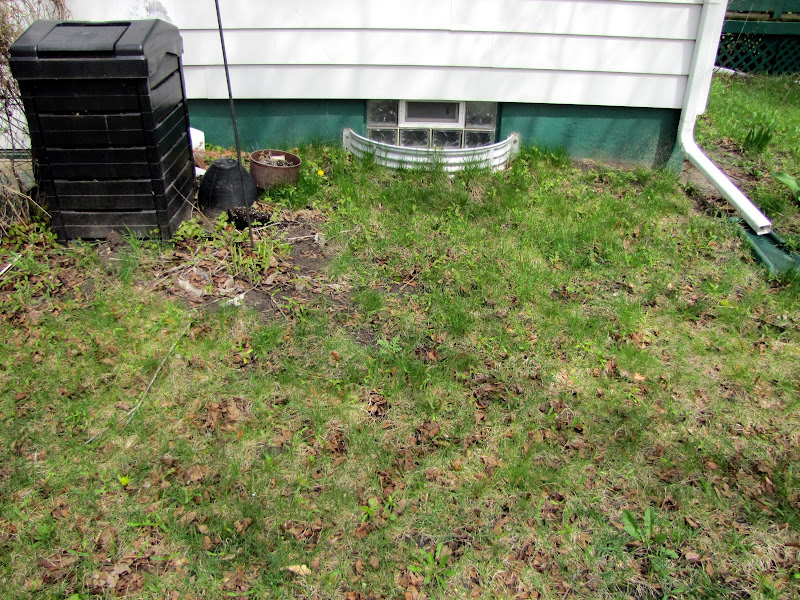 I lined it with pavers from the old perennial bed (the on that’s all shaded and taken over by the wisteria now). 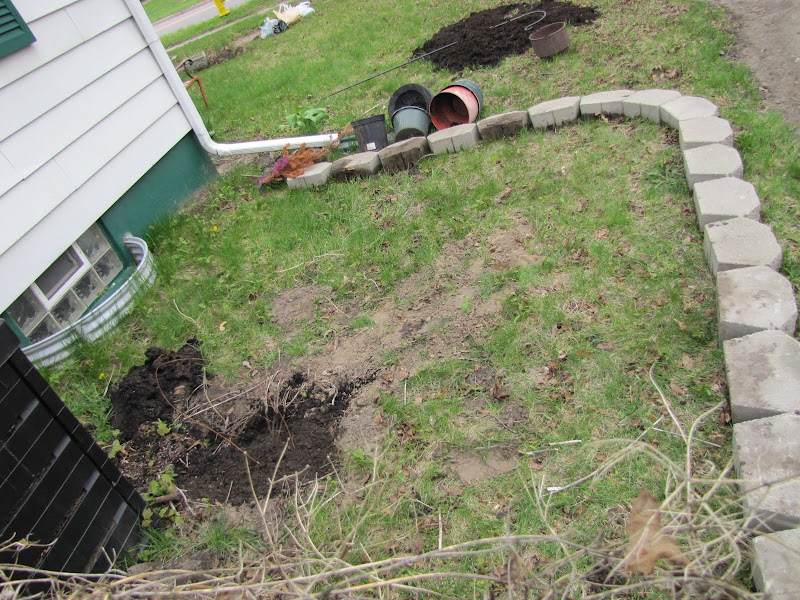 Then thick layer of newspaper. 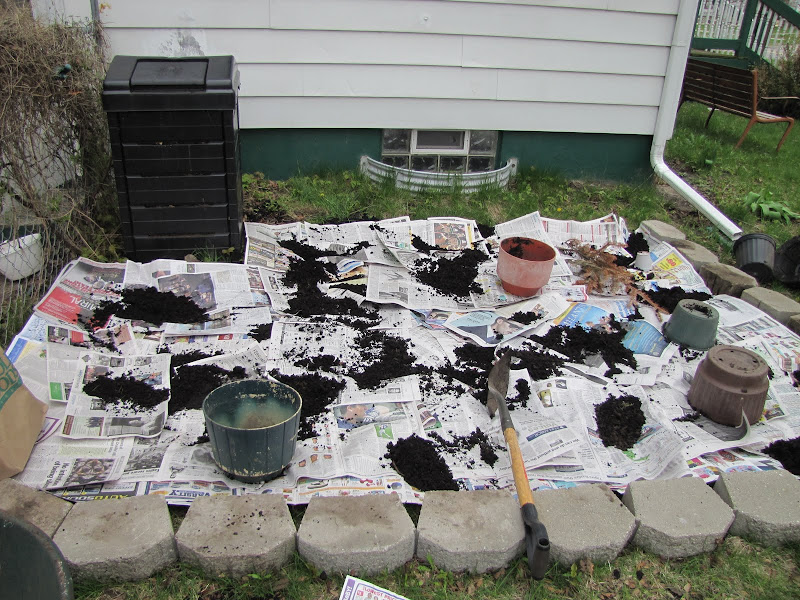 Then I emptied out our old cold composting bin that was there before, which was like 1/2 ready compost and 1/2 eggshells and corn husks and things… 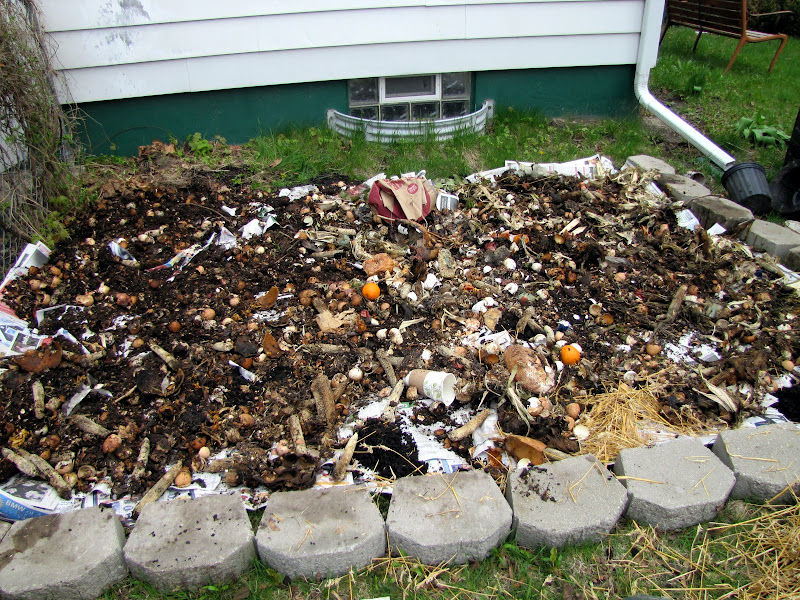 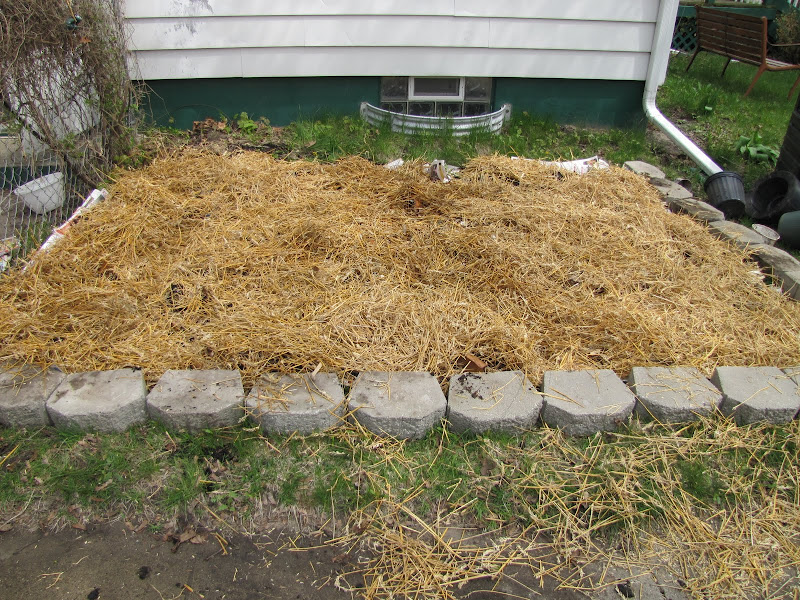 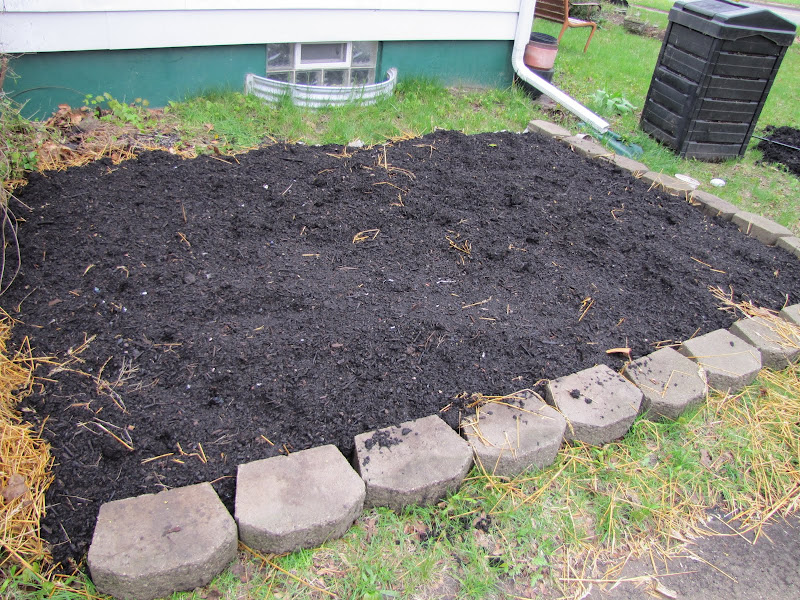 I watered it all well and let it sit for a week. Tomorrow I’ll be transplanting a bunch of my herbs in. Then later next week we’ll get mulch and it’ll all look so nice. 🙂
I got a case of mastitis earlier this week. I think it was a combination of lack of sleep/over-exertion/skipped nursings… it sucked. I was laid up for a couple of days with flu-like symptoms, but I managed to beat it with hot baths, raw garlic, lots of water, and nursing nursing nursing. But, thankfully, Jeff didn’t let that slow things down around here, and he and a friend prepped all the vegetable beds in one evening. So nice to have that done. 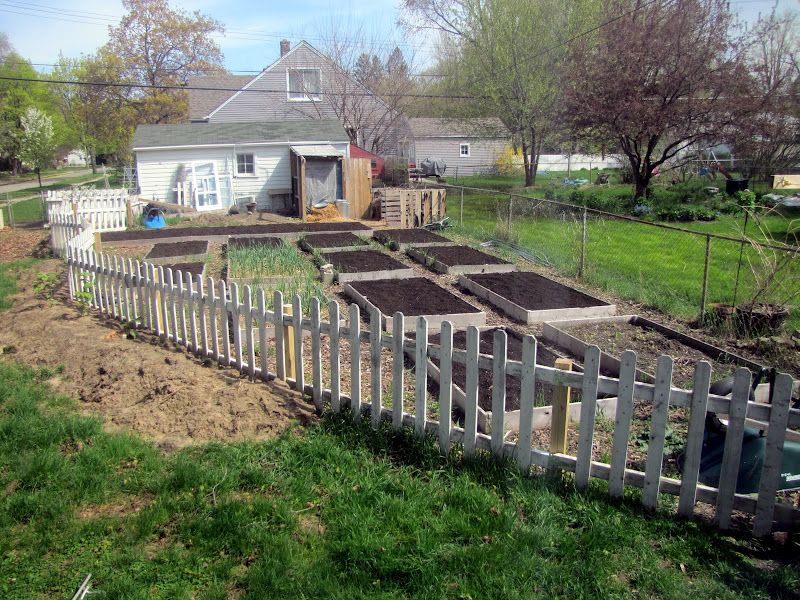 Anyway, that’s all I’ve got today. I hope you all have a lovely weekend and Mother’s day. 🙂