A lot going on over here in food. We’re in the home stretch, and so much of what I’m thinking about is how to use this food as best as I can for the winter. The freezer is filling up, our food pantry downstairs is starting to stock up again, and I’m gearing up for the busiest few weeks with this stuff. Apples, pumpkins, storing the last of our garden and cleaning it all up… and then tucking it all away and enjoying the slower pace that comes with cooler weather. I know I’ll be rewarded many times over for the work I put in. 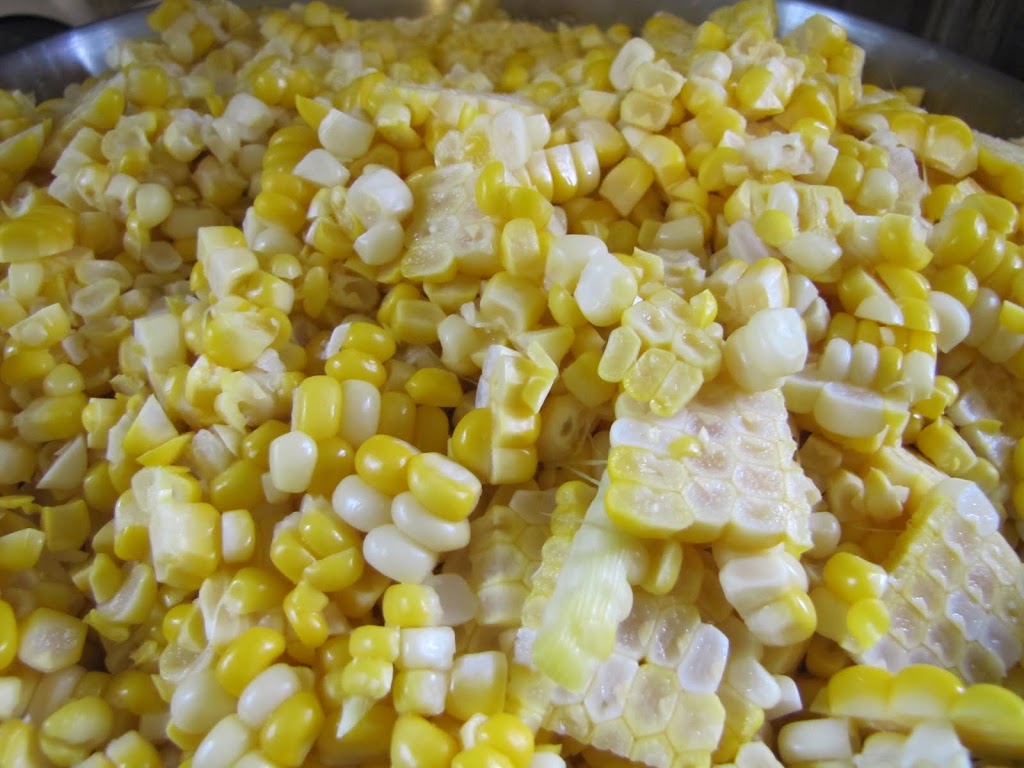 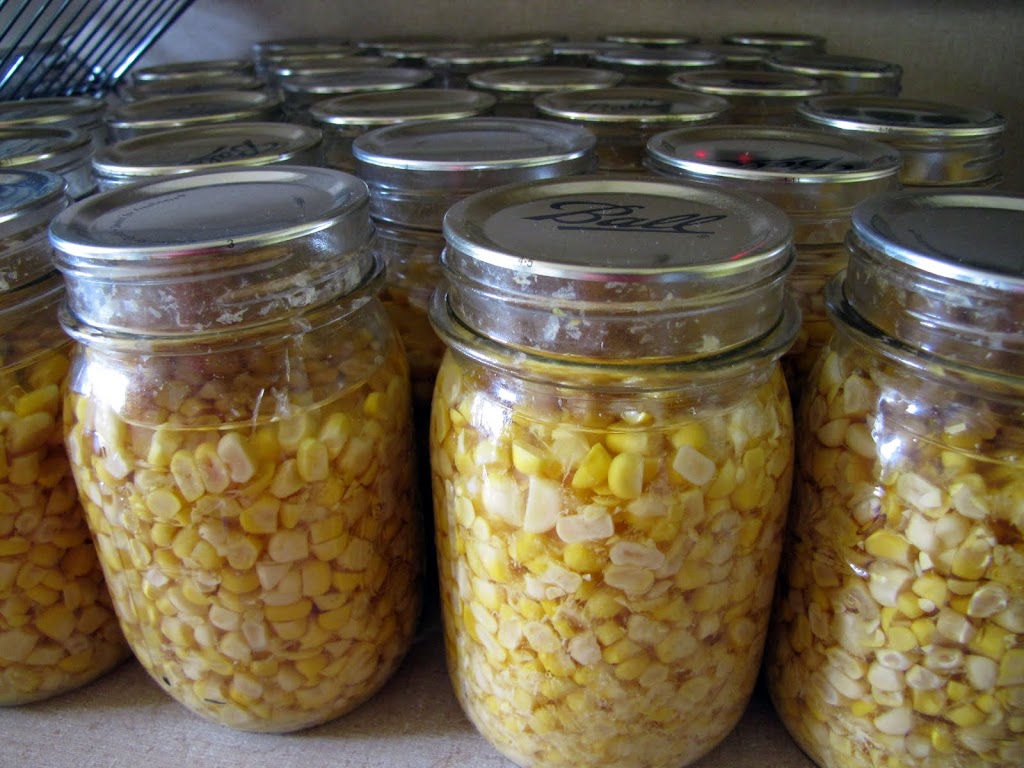 Jeff and I were talking about the payoff for this work. Thinking like- if $30 got us 62 pints, that’s just about 50 cents a pint. Total work involved? Well, it’s a little hard to calculate just because the canning takes some time, but it’s not actual work the whole time. So of the actual active work we put in? Jeff estimates between 4 and 6 hours, and that sounds about right to me. I think it’s a great deal, personally, but I also no longer qualify this stuff in monetary terms anymore (unless it’s really expensive, like local free-range meat- then buying the whole animal is a big savings). A luxury to think this way, I’m aware, but I feel like it’s been a step in the right direction to think about this work as just necessary, and rewarding in terms of quality and good ethics, more than to produce a few bucks in savings. And heck, it’s even more convenient than buying it from the store. For a mere few hours of work we’ve been able to eliminate an item from the shopping list and all we do is take an easy trip down the stairs for so much of what we need. Not only does it save me many trips to the store, but it saves me on all the stuff I would buy that I really don’t need. When the store is in your basement, you’re not wandering the aisles thinking about what you might want… you just work with what you have. I suspect our actual monetary savings is greater than we know.

Otherwise, we’ve been harvesting and harvesting and trying not to let it go to waste. This week I’ve been thinking of how to use cabbage and summer squash creatively. Here are a couple of things I came up with:

For the purple cabbage I just cooked it up with some onion and peppers and greens, threw in some tamari and sesame oil, some cilantro, and a little ground sausage. Then I wrapped it in eggroll wrappers and brushed it with coconut oil, then baked them at 425 for about 30 minutes. So good! We’ll be doing this much more often- the variations are endless. Jeff is fascinated with a chicken alfredo version, so I’ll probably be trying that soon. I’d like to do one with kale, cabbage, ham and cheese. So fun! And, because they were baked rather than fried, they are significantly less mess and work, and lower in calories (not that I’m counting, but I’d prefer if the majority of our meals caloric content didn’t come from vegetable oil). A fun meal to have with a fresh salad or soup on the side. 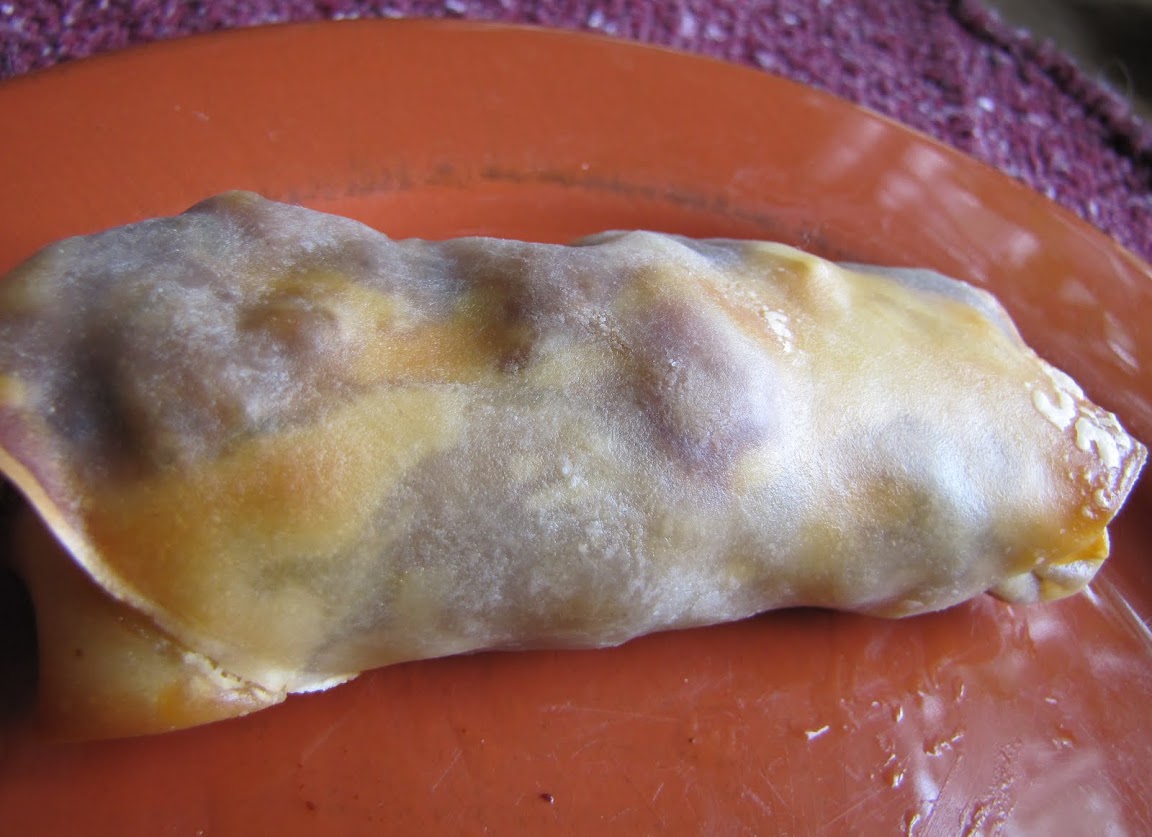 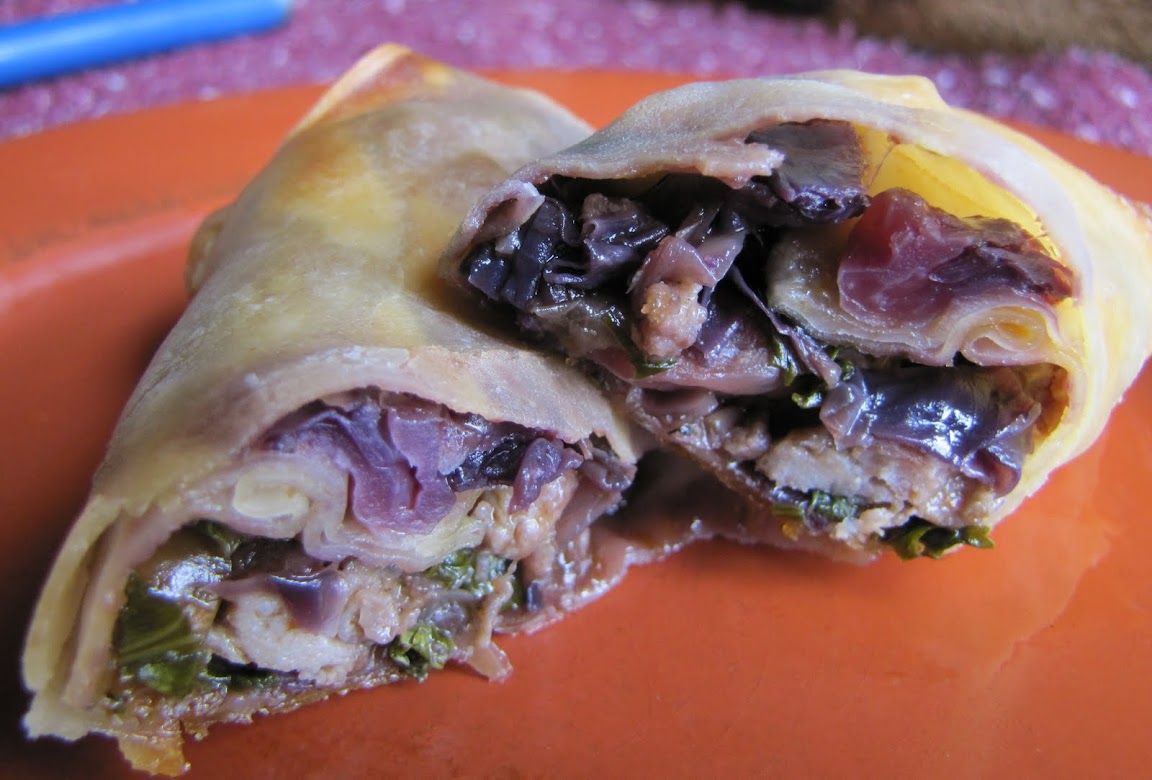 —
Then the squash. So much summer squash. I love the stuff, but sometimes it’s hard to know quite what to do with it… I had tried to make a pizza crust with it before, but it became more of a soggy frittata type thing than a pizza. Then I googled it, and found that I could salt the squash first to expel some of the liquid, then squeeze out as much of the water as I can before mixing it with other ingredients. It worked so well! Below is the shredded squash (from my big white patty pans) lightly salted and in the sink. 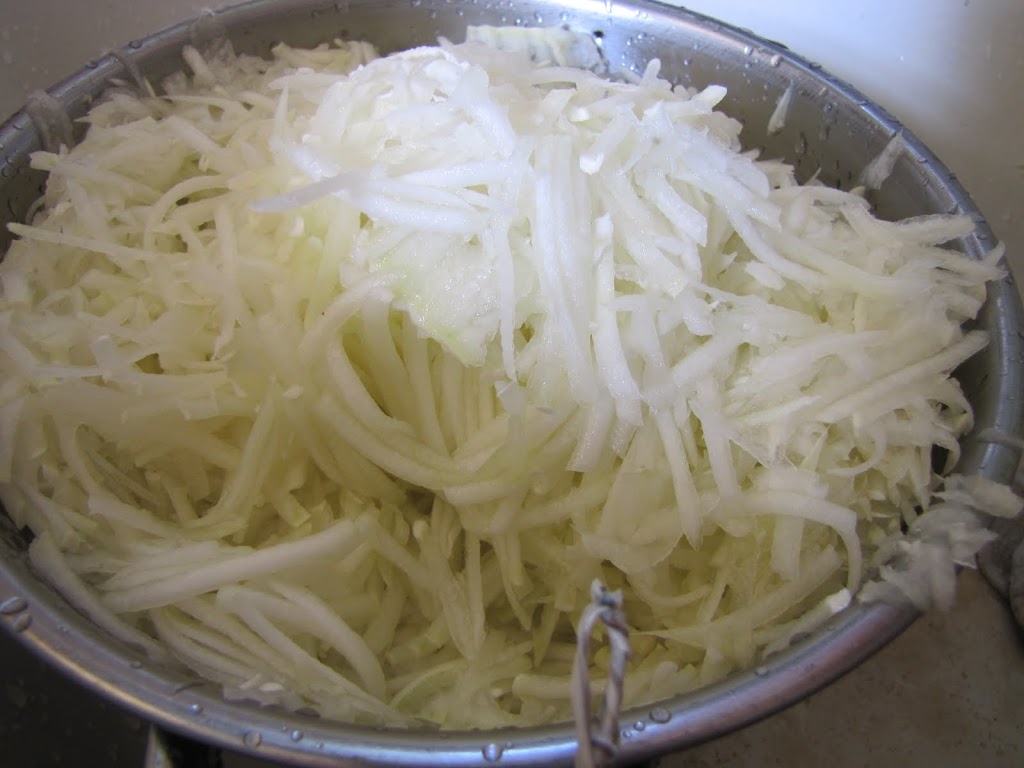 Then I mixed it with some egg, a little flour, salt and pepper, oregano, and some shredded cheese. I patted these out into little circles and baked them for about 20 minutes on some parchment paper. Then I flipped them over, topped them (one was a pesto and the other a barbeque- both topped with onion, pepper, mushroom and sausage), and baked until melted and bubbly. So easy! I do recommend making smaller pizzas with this method- the squash is still softer than a crust. 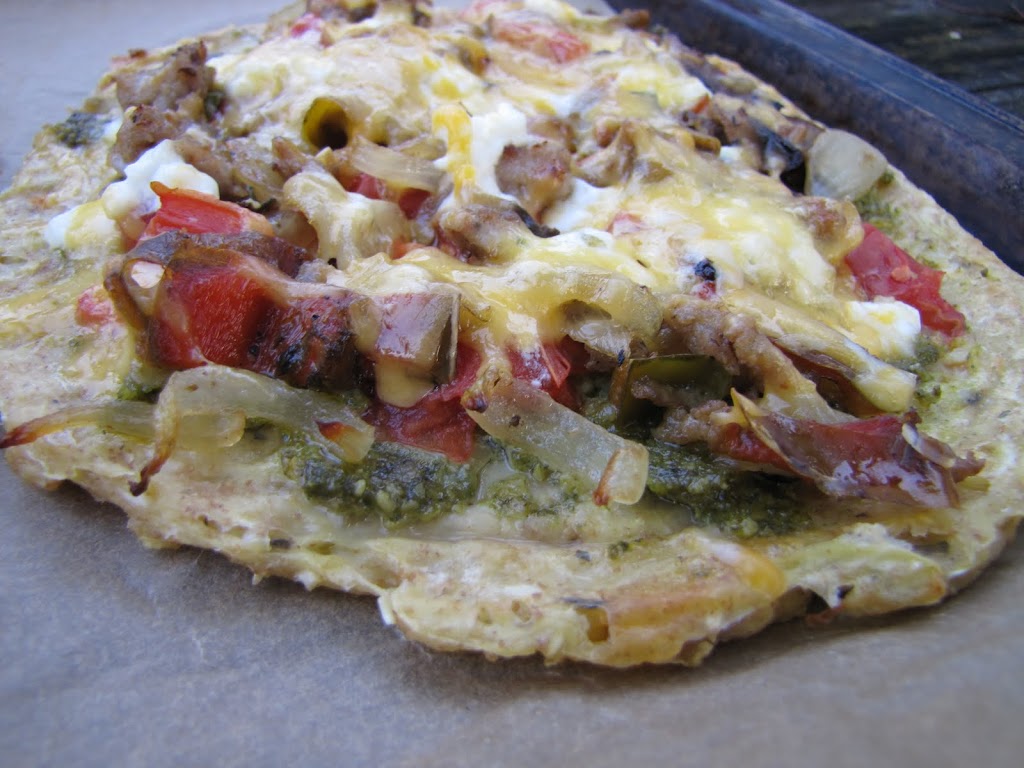 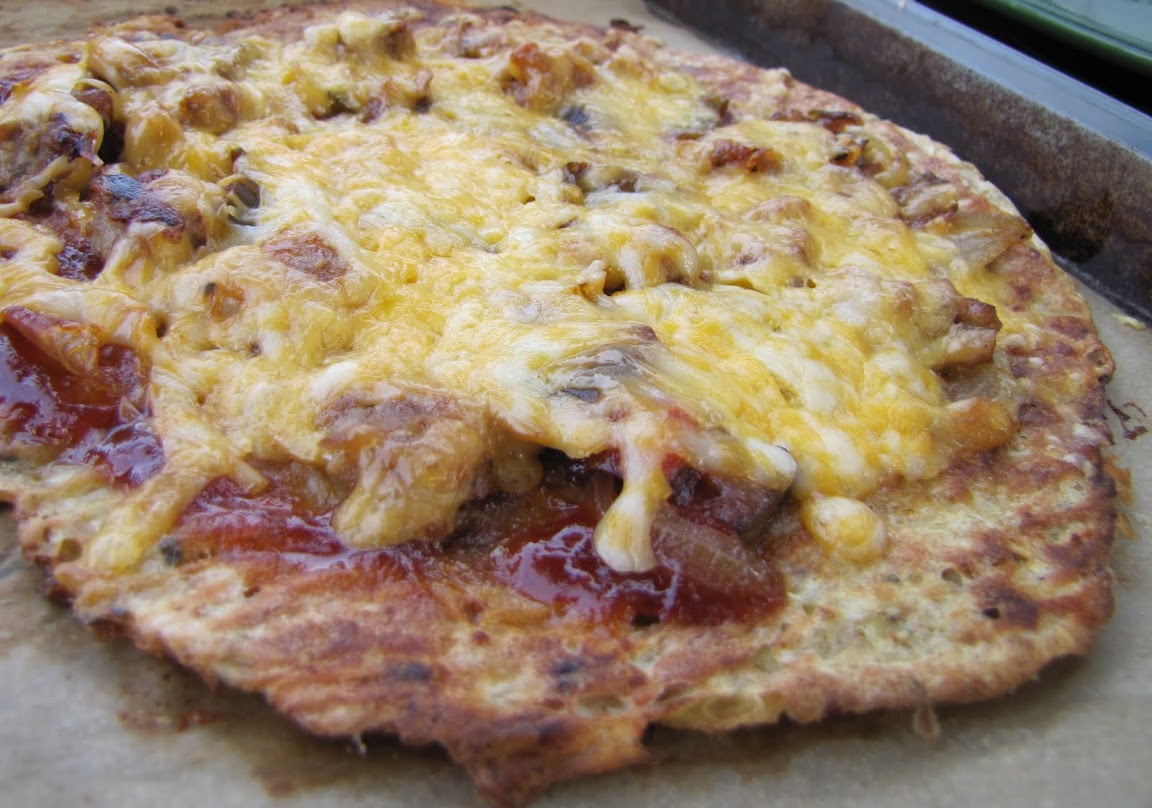 This was a cool thing because I’m always looking for grain-free options, and since my sourdough starter is MIA, I’m trying to find alternatives. I really liked it!

—
And, saving the best for last, I made a sweet corn ice cream… this time I just made it with the cream sucked off the top of our gallon of milk. Not nearly as smooth as the straight raw cream… but it’s so pricey to do it that way! So, this way will do. It was good. Not amazing, but mild and sweet and nice. A fun experiment. I hope to make other fun ice cream/frozen yogurts in the near future… Pumpkin spice, green tea, etc. Any ideas? 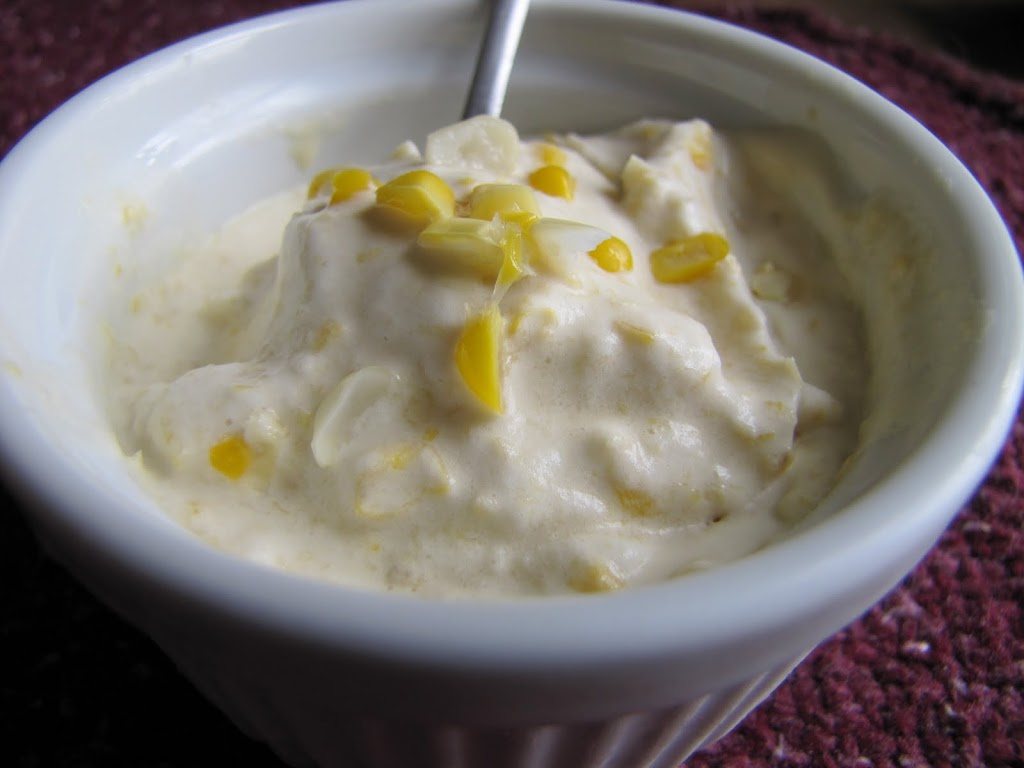