I’ve been making our own ice cream for a while now. We have an ice cream maker, and we just suck the cream off of the top of our raw milk and run it through. Recently, though, we tasted someone else’s raw milk ice cream, and it was AMAZING. The creamiest, richest, healthiest ice cream you could ever imagine. Oh man. So Jeff and I looked at each other and simultaneously asked our friends how they achieved this masterpiece. They said that they buy straight cream. Ah ha! Our ice cream was good, but still had a higher water content than theirs did, explaining the unbelievable creaminess of theirs. The farmers just do a way better job of getting just cream. So we went to order a quart, and realized it was about 14 dollars. Yes. For cream. It seemed crazy at first, but here’s what I’m thinking…

We can’t think about our food in terms of how much it costs, rather we should be thinking about it in terms of quality. Now, I know, we have to consider our finances, but I feel like I have a little bit of insight into this area because Jeff and I are fairly low income. Like, we receive food benefits from the state, so at least they feel like we need a little help in that area. That’s all I’ll really say about our finances- we’re not hurting, but it’s not like we’re rolling in the dough here. Anyway, I am always hearing about how people can’t buy this or that kind of food because it’s just too expensive. Well, I can understand that. But how is it that we’ve been able to do just that on such a limited budget? Here’s what I’ve come up with:

And so, my $14 quart of real, beautiful, raw cream is going to make some awesome ice cream- and if you are lucky enough to get a scoop of it, you’ll know that I really love you. 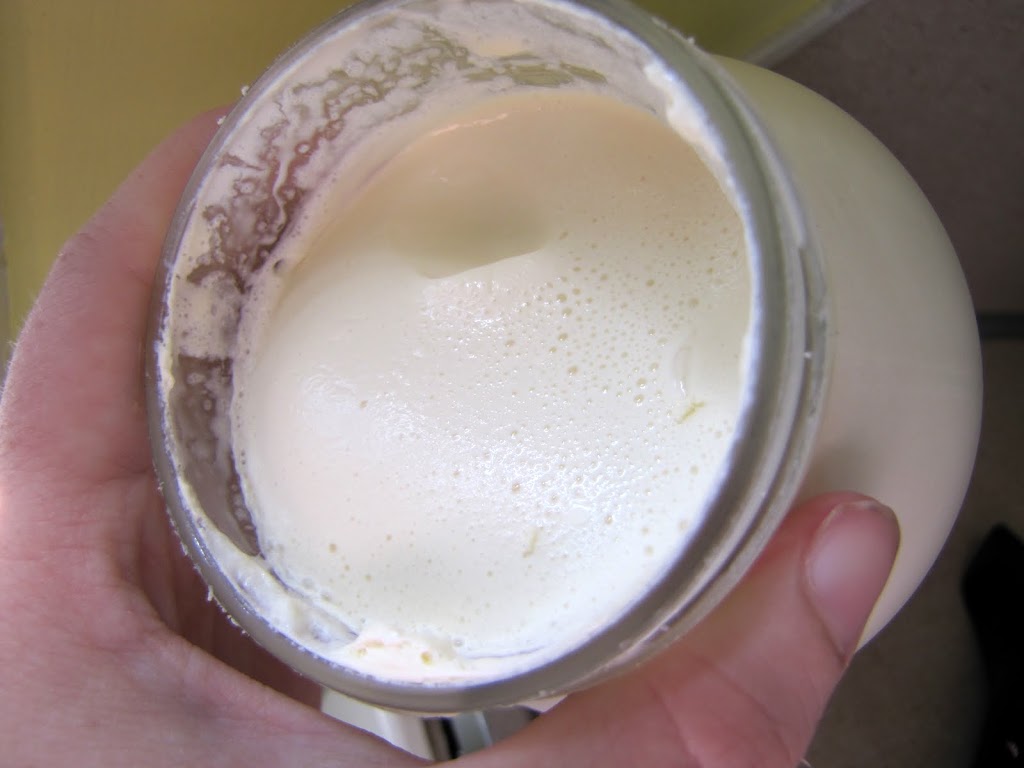 As for my birthday surprise, check this out! Those of you who think that a kitchen appliance makes for a crappy present- well, think again! Behold… 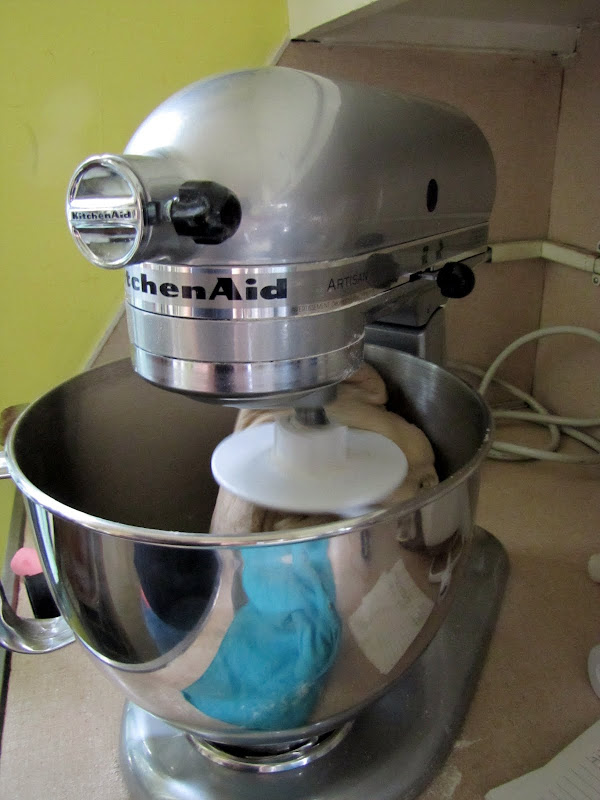 This is the real deal, folks. I’ve wanted one of these for a long time, and yet I never thought I’d get one. They are a tad on the pricey side. But my lovely and resourceful partner decided to pool together the funds with his side of the family and they got it for me. I opened it up on Sunday at our little family dinner, and barely knew what to say… This is all very exciting. I decided to give you an action shot- here is my shnazzy new KitchenAid kneading bread dough for me… MAGIC! Oh the things I will do. I’ve got to get some of the attachments- namely the sausage stufffer, grain mill, and food grinder. This is one of those things that we actually are okay with buying new. It was made here in Michigan (although I’m not fooling myself into thinking it was made sustainably or anything, just glad it stimulated our economy), and it will last me a long, long time. Jeff initially asked his mom if she would hand hers down to me, to which he received a stern "No way!"- apparently the thing has last her decades and will continue to last, even if she doesn’t use it often anymore. It’s just a really good piece of equipment. So. I’m excited about that.

As for what this handy thing is mixing? Sourdough. I’m trying to get back in the swing of things. I’m not thrilled with the fact that every loaf I bake is a sour brick, but I’m not giving up. I saw this site and realized that my starter never builds volume like that, it only ever looks slightly bubbly and gets the liquid on the top. So, I’m trying to feed the culture a little more and get it super active, then I’ll try again. With the dough that is just NOT going to rise sitting on my counter? Tonight we’re making savory Asian dumplings with it, with sautéed greens on the side. Oh yeah, and for dessert, a fabulous scoop of homemade ice cream on top of warm peaches.