I’m happy to get in another Wednesday food post before I have a newborn. If all goes according to plan, I’ll have my hands full the next couple of Wednesdays. I plan to keep up on posting, but I am not going to drive myself nuts trying to do new and innovative things in the kitchen… yet. So I’d love some ideas from all of you- if there’s anything I’ve talked about or you wanted me to follow up on, let me know.

—
Blueberries. The farming cooperative I belong to (where I get all my raw milk and sometimes some meat) has organic blueberries for 2.70 a pound. Pretty luscious. We’ve basically been inhaling them. 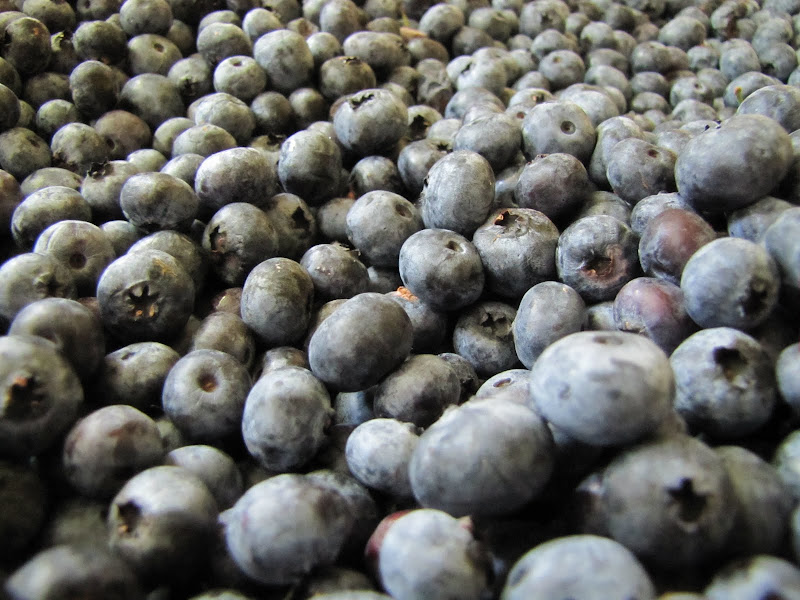 Anyway, this is around the time of year that I’m having to start thinking about our food in terms of investments. I’m fortunate to have a master-budgeter for a partner, and I happen to be really frugal… the combo keeps us buying 10 lb boxes of organic blueberries to store, bulk meat, etc. even on a small budget. It’s not down to a science yet or anything, but we eat really well and don’t make many food quality sacrifices (usually only in the case of a "treat" or something). Each year I try to ration our investments- whether it be meat from the freezer or canned stuff from the garden- and while I’ve improved a lot (there’s still a quart of tomatoes left to use!), I haven’t made it full years with a lot of this stuff. I have friends who really do have it down to a science, and they have sheets of paper that record their stocks of each food item, and then they record when they ran out of each item or how many was left over by storing time again. I hope to take really good records this year. Obviously things will change as kids grow and eat more, etc, but I can at least have a rough idea. 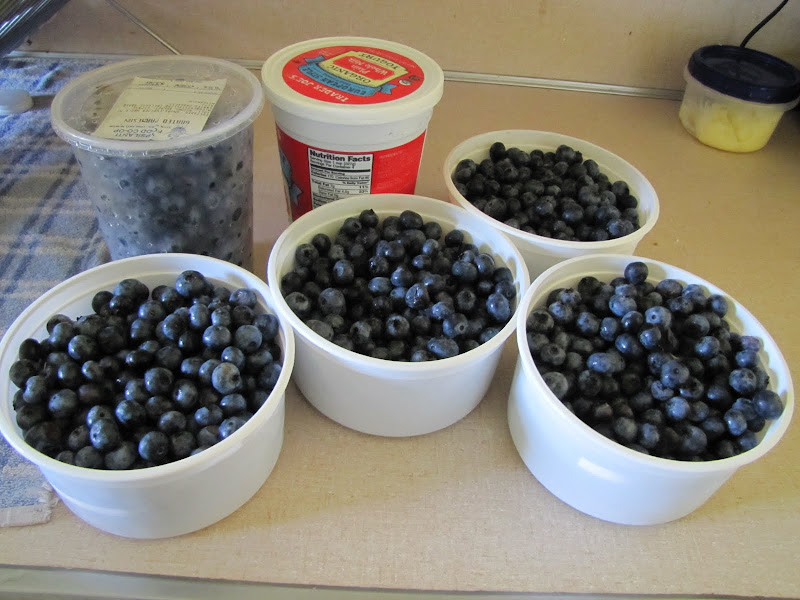 So I plan to store at least another 6 quarts of blueberries- making a total of 12, and I’ll ration them to one a month. Vera basically could live on blueberries, so I’ll have to keep limits on it and swap it out with other fruits.

On using the whole animal- We are meat eaters. All the research that I’ve done on nutrition tells me that you basically can’t replace animal fats in your diet. I was happy to let that go and become a vegetarian in favor of environmental reasons, but I found that it wasn’t consistent and that eating some meat from trusted and known sources is actually a better and more sustainable way to go (at least for my climate). Mostly I’ve found that if we return to our traditional ways of eating, we are actually much much closer to health- both physically and environmentally. Anyway, that being said, I’m emphatically NOT in favor of the modern omnivorous diet. It’s crazy, destructive, and not good for our bodies. We do a lot of really insane things these days. Anyway, long story short, we buy our meat mostly in bulk, and freeze and ration it through the year.
Now, I’ve learned not to only have chicken breasts and ground beef as our main dishes- we incorporate lots of different things into our meals, basically what’s in our freezer is what we get for the year, and often meat is just in the backdrop- rice cooked in stock, beans cooked with some bones, etc. Making your own stock is a really great step in the right direction- both in terms of health and frugality. I really think that using the whole animal is the best way to honor the life that was taken to nourish us, but also to get the most nutritional benefits. But something I haven’t really embraced yet is the use of organ meats. I mean… I’m just not that excited about them, and I’m not really familiar with them either. Plus, liver is the ONE thing that I find repulsive. I’ll eat just about anything, I’m pretty adventurous… but liver is straight-up nasty to me. I keep trying it too, and it keeps being totally gross. The sad thing is that it’s really really good for you. Several months ago, however, I tasted a chicken liver pate that my friend’s mother made. It was actually… good. I would voluntarily eat it. Crazy! I don’t know what it was, and I’ve asked them if it was merely a fluke and if it is really gross most of the time, but they swear that it’s always that good… So, on Thursday (if I don’t have a baby) I’m getting together with them to recreate this pate. We’ll see.

On my own, I bought a couple of pounds of both chicken hearts and gizzards (in addition to the livers I’ll be using for the pate), and I planned to use them. My other motivation is to raise Vera so that she’s used to seeing stuff like this in her diet. I don’t see any reason for us to be squeamish about these parts- and actually many things that seem gross to the modern American are actually prized in other cultures. So it’s really just about perspective. Plus, if we’re going to eat animals, we need to eat them and know what they are. I’ve heard stories of kids who are appalled to find that the chicken they’d been eating all along is actually an animal. That’s crazy to me! I’m pretty sure that Vera knows that a chicken is a chicken, and she’s only two. We also talk about how other animals eat each other- one of her favorite stories is Peter and the Wolf. She knows that the duck gets eaten and that the cat really really wants that bird… Anyway. My first project: gizzards. 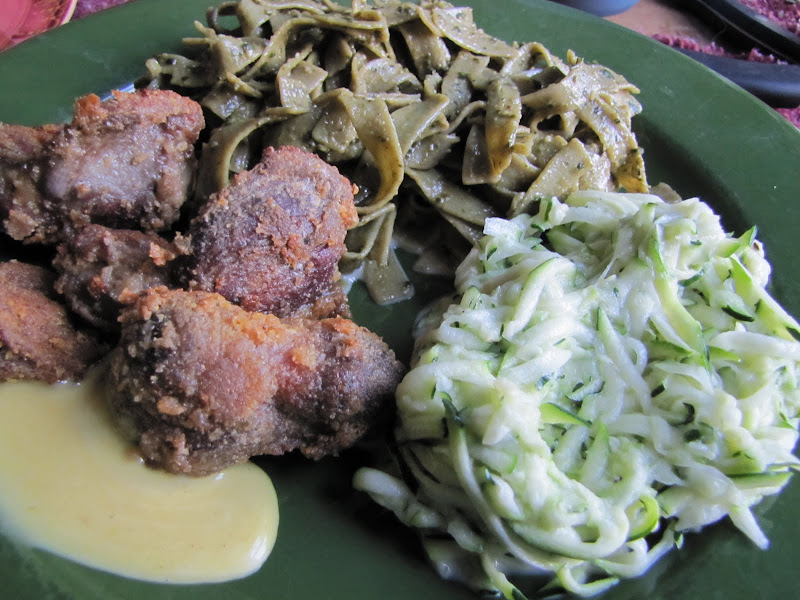 They were delicious. I looked up classic southern recipes for them and ended up simply simmering them and then pan frying them. Served next to some pesto spinach pasta, a raw zucchini slaw, and a honey mustard dipping sauce, we found that they tasted like good dark chicken meat. Jeff called them good, slightly chewy chicken nuggets. Vera loved them and didn’t bat an eye. So, easy as that. We’ll look forward to gizzard dinners from now on… crazy.