Jeff and I had made the commitment a few years ago to not buy anything new, and ever since then we’ve been scavenging fools. Almost all of the things in our house were either free or thrifted, and whenever we want to get rid of something we will either donate it or set it on the side of the road for other scavengers. If I ever needed something specific, I can usually get it by either being patient and keeping an eye out, or doing a little detective work to find it used. Very quickly after we started that whole thing, we realized that we would never go back. It’s cheaper to do it this way, it’s more gratifying when you find something that you want (or for that matter, give away something that someone else wants), and I don’t have to spend any time in those florescent warehouses filled with cheap crap that was brought about through the same old story- underpaid workers + decimation of land + resource theft + toxic products and homes and people. I want no part of it. So this was a logical course of action. I’m not saying we never buy anything, but it’s definitely helped me to reassess our needs and call into question what it is I want and why. It’s working very well for us.

While all that thinking has definitely affected the way that we eat, I hadn’t ever thought about taking a similar approach to food. That is, until recently. My friend B and I started talking about dumpster diving, and it became something we just had to try. Then we saw this movie, and we were totally sold. And so was Jeff. And so is my sister. Yeah… So late last night after the kids were asleep, B came and picked me up and we went exploring. 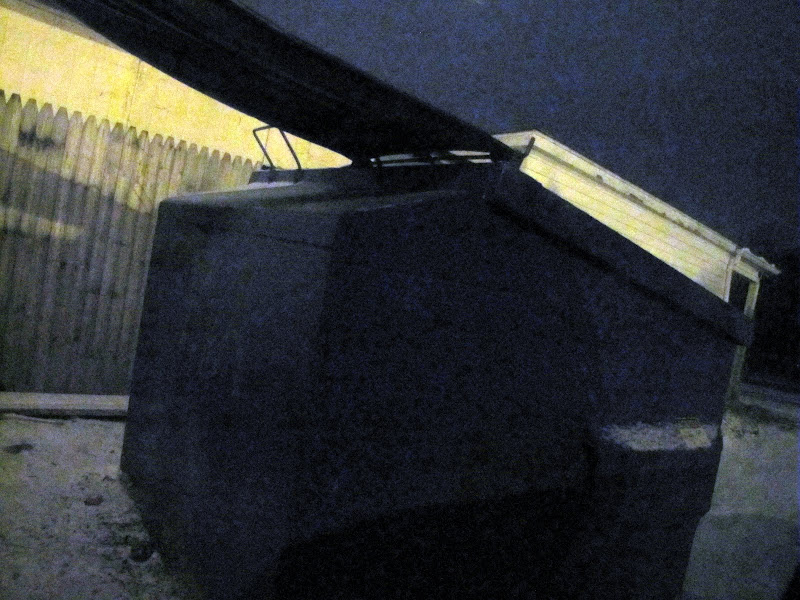 It was so much fun. On the one hand, you feel like a treasure hunter- and the silliest thing becomes a prize! On the other hand, you can’t believe that so much good food is going to waste. I mean, with each thing that we found I could see why it had been thrown out. A blemish here, a wrinkle there. I suppose were I in a shop with my pick I would have chosen a smoother looking mango. But, it’s good food. Plus, it’s so exciting for me because (as much as I love them) I don’t like creating a demand for non-local foods. It’s just not sustainable no matter how you slice it. But this. This actually gives me a way to indulge on a regular basis, and reduce waste in the process. Yes! It was also just really fun to hunt and climb and be with my friend late at night. Plus I have a feeling that we’ve only skimmed the surface here, in terms of findings. 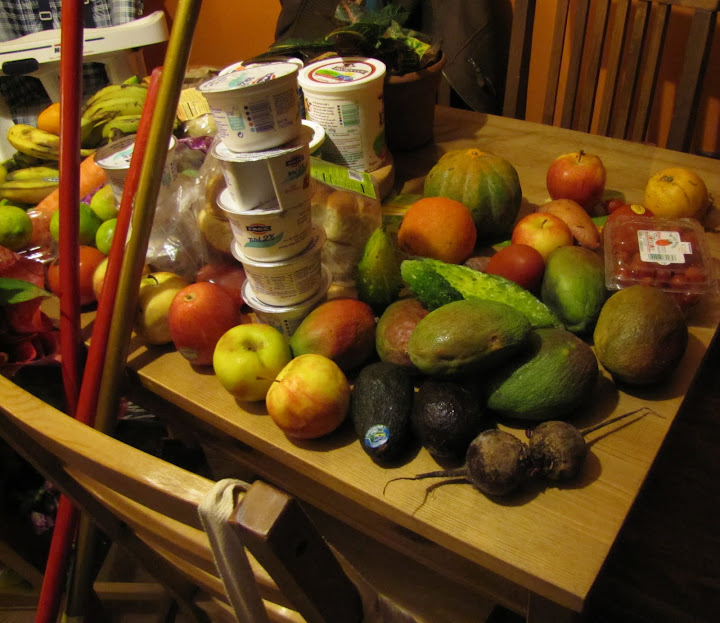 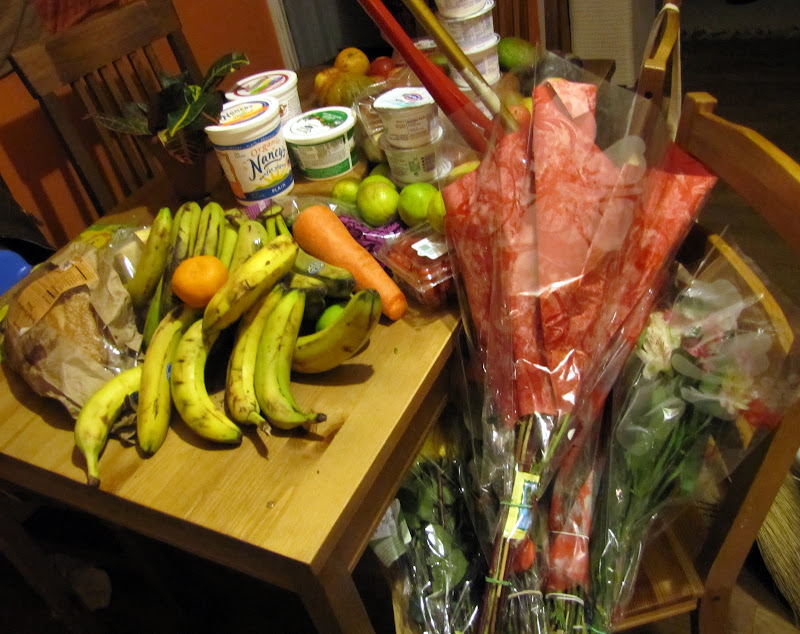 We found these two little brooms and one big one. Vera is getting a papa-made play kitchen for her birthday in February, so I had it on my list to find a small broom while thrifting. Check! All we’ll do is cut down the handle a bit and she’ll have a little play broom for her kitchen. I think since we have two we can easily cut it down also and gift it to Tuula for her little kitchen (also made by Jeff a couple of years ago). 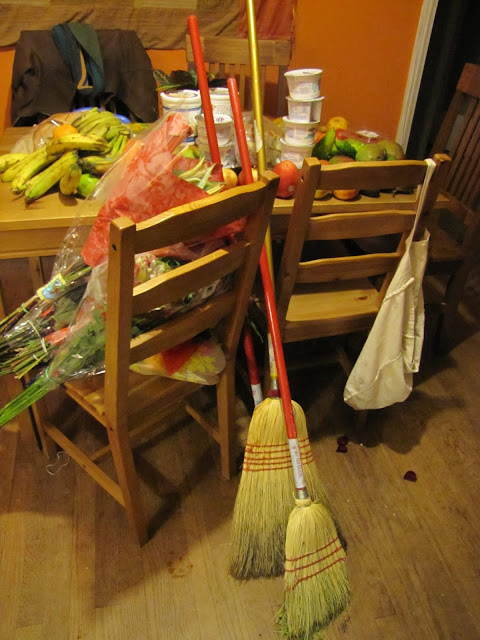 There were a ton of flowers there. There were a couple of droopy flowers here and there, but otherwise they were perfectly lovely! I see that I will have flowers around the house all the time now! That’s something I couldn’t justify before, but is fun and appreciated now!  There was also a sad little plant that I saw good potential in. I adopted it- it’s my dumpster plant. I removed a couple of sad leaves and I’ll be nursing it back to health. 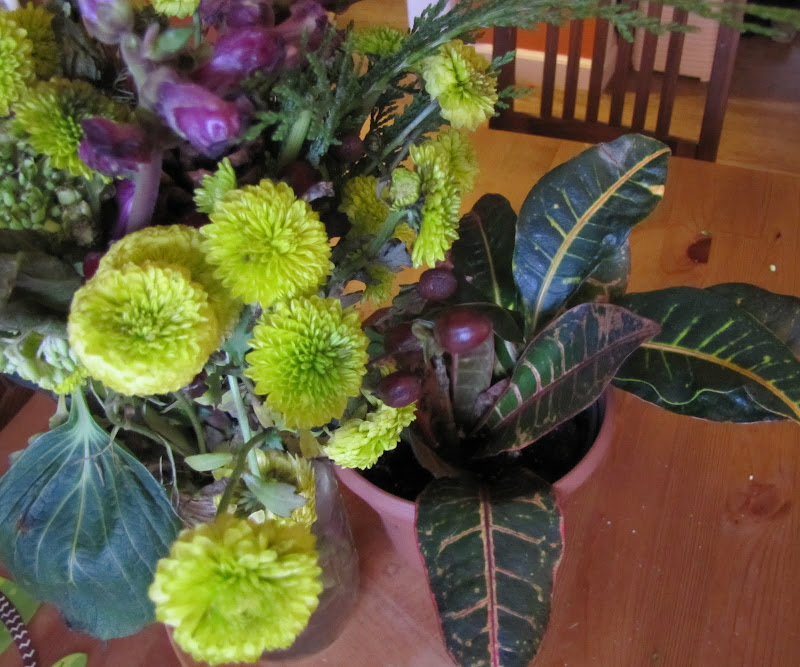 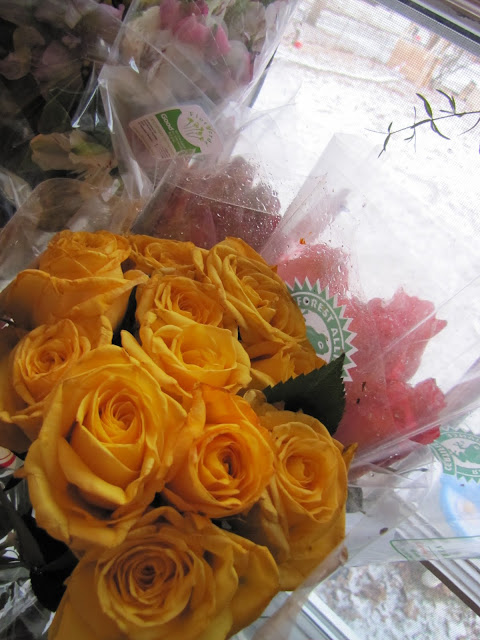 The documentary I mentioned above is really good. It opened my eyes in some ways. For instance, they were really excited about all the creativity that this way of life inspired. They were never really disappointed, only pleasantly surprised by their findings. I got to thinking about what we need as humans, and it just clicked for me. We aren’t supposed to have endless choices. We get overwhelmed by them. The fact is that we are creative beings- all of us. We do best when we are given some things to work with and we create something with them. It’s like a good piece of art- if you are creating something with a definite vision in your head, then you risk disappointment and frustration because you have an expectation of what you should produce or of what people expect. If you are open to allowing your creation to take some shape that wasn’t anticipated- recognizing that we only have so much control and just challenging ourselves and using our unique gifts… well, we just might create something special. Endless choices and availability wear on our minds, ironically enough. You’d think it would make things easier. It reminds me of that quote I love so dearly: "Contentment is not the fulfillment of what you want but the realization of how much you already have." (Unknown) 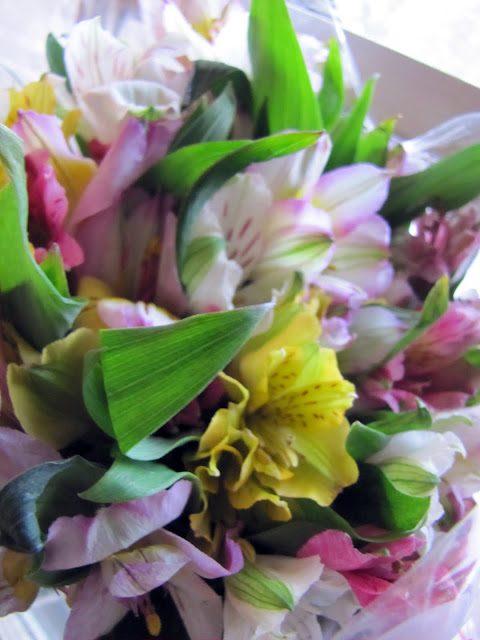 Well, I am nice and content at the moment. So much beauty in such an unexpected place. 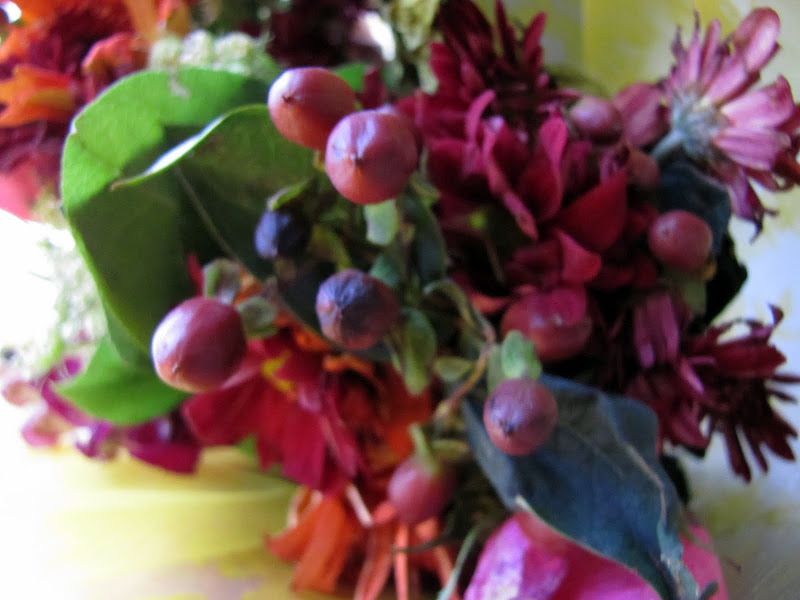 Tonight on the menu: slow cooked (local) beef with beets, squash, and tomatoes in a yogurt curry sauce, served with warm rolls. To drink: Mango Lassis (made with local raw milk and honey). For dessert: easy baked apples with cinnamon and (local) maple syrup and butter. How’s that for a nice dumpster dinner tonight?