Okay… it’s just not happening. Long day, Jeff’s out tonight, and kids just got to sleep. I had a whole post in my head, but honestly I’m ready to hunker down with a decadent snack of leftover ginger spice cake and a movie (which I will likely fall asleep in front of). BUT, I have an idea. I’ve been doing these Wednesday food posts for a while now. Why don’t you share something with me? Share anything, but speak up! Give me a memory, a recipe, a food philosophy, a food question, a goal or desire… anything. What are you thinking, foodies? What have you thought of these posts? Any suggestions? Anything you’d like to see more of or you’d like me to talk about?

Just to have a picture in here, have you ever seen nutmeg in non-ground form? Isn’t it cool? 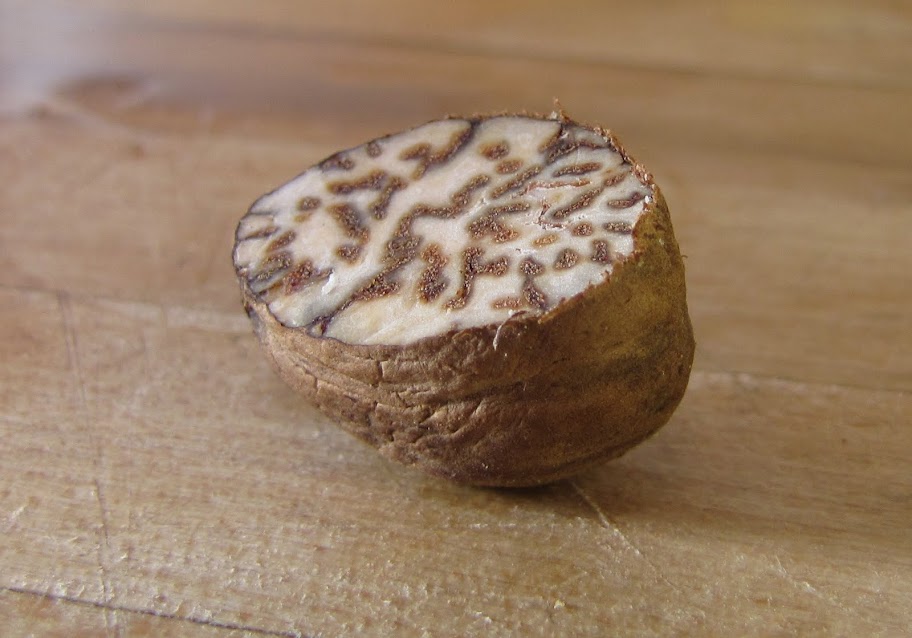 Off to have my cake and eat it, too. I’ve never understood that saying. Who has the cake and doesn’t eat it? I mean, really. For such a well used saying, I’m surprised so many of us use it and don’t think it bizarre. Am I missing something? Maybe it’s like the saying "sweating like a pig", which is weird because pigs don’t sweat… but there the irony is so obvious. With this cake saying, it’s as if some mean authority is making some arbitrary rule just to teach you that life isn’t fair… See? Too tired to do a food post. My apologies.