At least one. We saw the cute little thing last night on the stairs. I’ll have to stay really on top of keeping food locked up, counters wiped down and floors swept. Oh bother. I suppose it’s good motivation. This is the time that I wish we had a cat. Jeff is horribly allergic, but man I could use a little feline huntress right about now. I think we’ll set traps and feed them to the chickens. They’ll like that. Not the mice, of course, but the chickens… Anyway, I feel lots of motivation to get the house really organized and together in the fall. Not so much in the spring. I don’t know why they call it "spring cleaning". If anything, the spring is way too exciting to sit around inside cleaning. Fall is a much better time for it. I’ve also got to get presents planned and done in the next month… I’m a bit behind this year.

Thank goodness for being able to put this little guy on my back. Lifesaver, I tell you. When he’s not on my back or nursing, this is usually how he can be found: 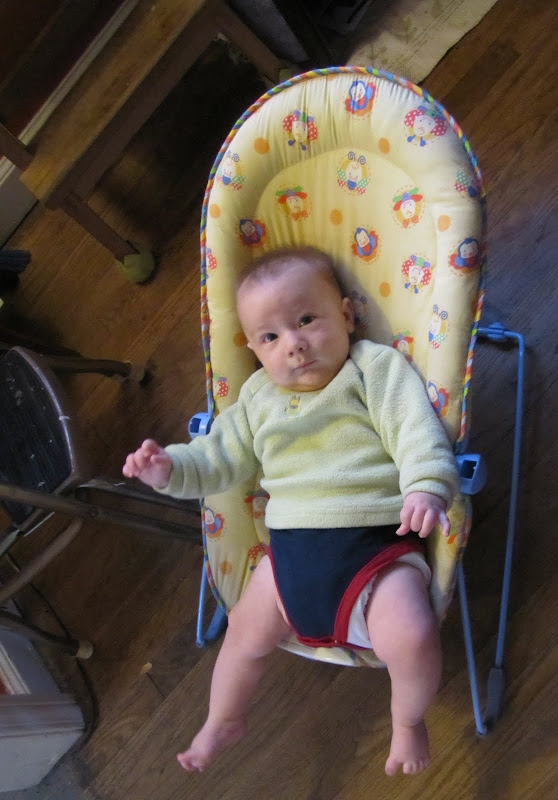 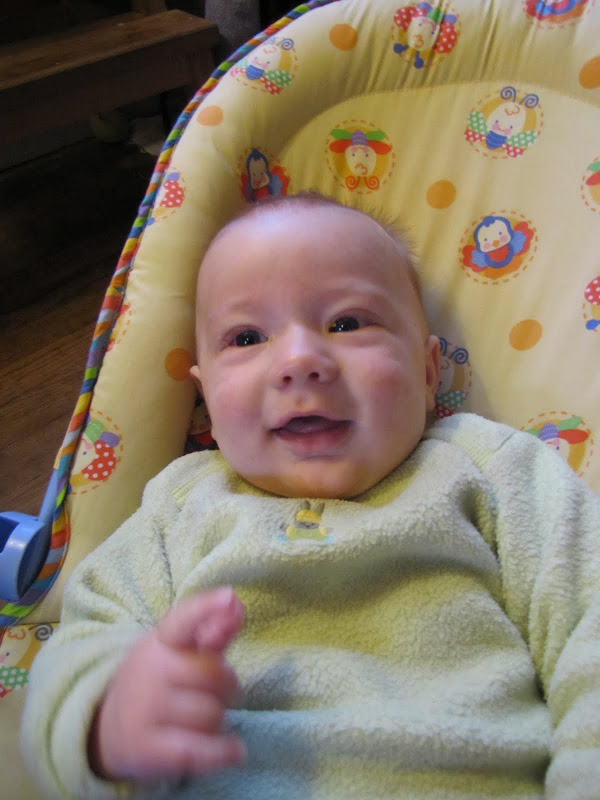 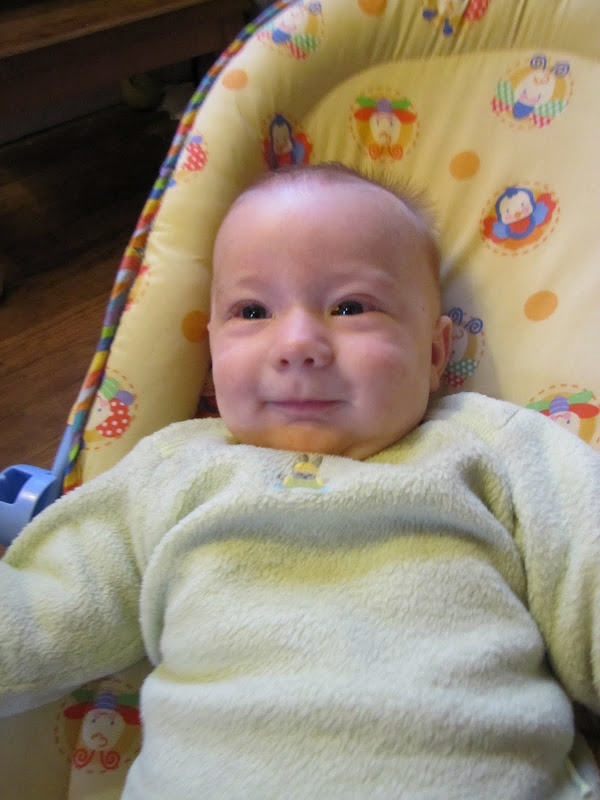 SQUISH! I just love him. His laugh is so awesome, too. I have to get a video. 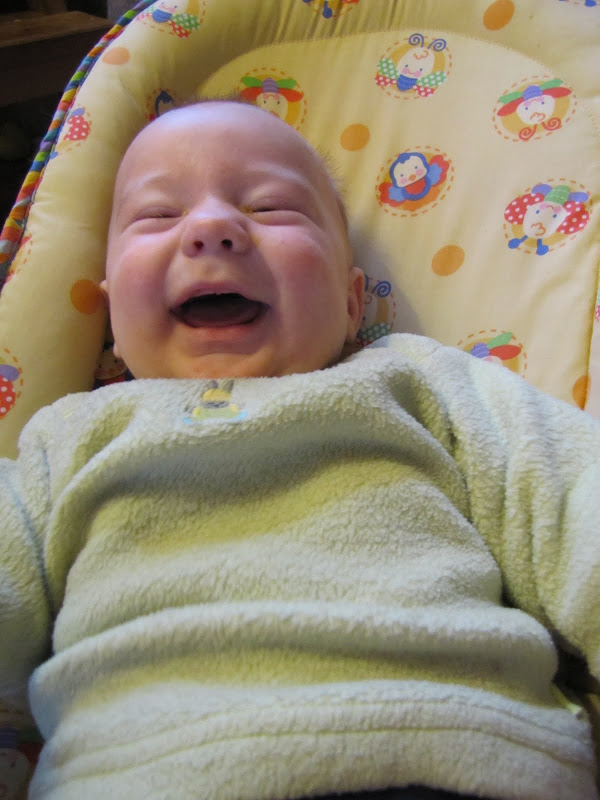 Vera’s new fort. I can’t take it down or else she’ll flip. Usually there’s another blanket there to make a door flap. It’s her special little space. I love that she has it. I remember so clearly the need for those kinds of spaces when I was a kid. She won’t be able to tuck her little body away under the coffee table forever, so the blanket stays draped and it’s hers for now. 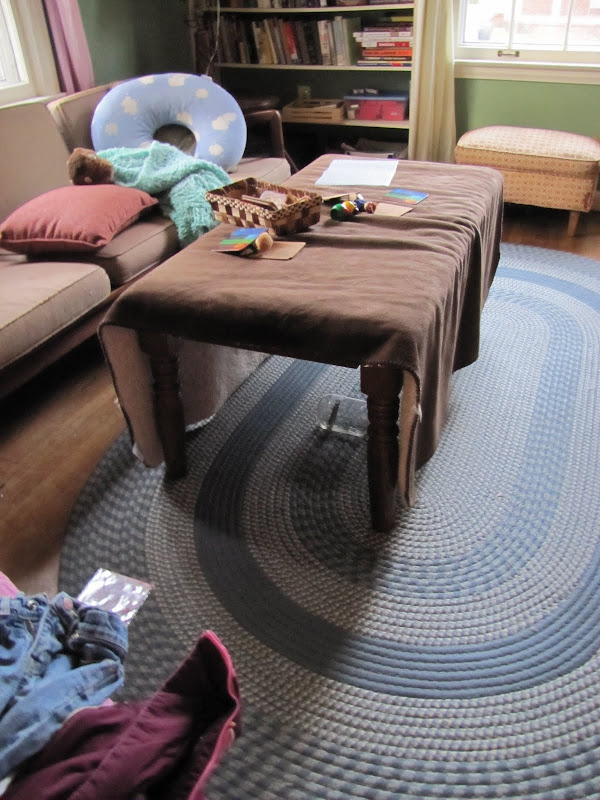 That’s all, really. Just stalling before I get down to it. Hm. There’s got to be something else! Oh yes, I know. The mean woman. The other day I was hanging out with my friend and the kids and we had some time to kill. There was this shop that I’d been wanting to go into for years, and finally we had an opportunity. We were right across the street. It was this place that sold rocks and crystals and gemstones, and I thought that Vera would love it. So we went in, and before I could even cross the threshold after my friend and Vera, a woman popped out saying that there’s no way we could have Vera in the store without being held the whole time. So my friend and I looked at each other and decided we’d rather not go in then. Vera was disappointed and started to cry, and we quickly pulled her out of the store. My friend agreed to carry her through (I was carrying Asa), and so we went back in to look. She said "On second thought, I don’t need this. You shouldn’t come in." We were confused and asked her why, and she said she didn’t need all the whining and crying and that we should come back when we had a babysitter. We were sort of shocked and explained that we would carry her, and that the only reason she cried was because she wanted to stay and look… and the woman said that she just didn’t need to deal with it, that it’s a grown-up shop, that we need to get childcare, etc. etc. She kept talking at us and it got to be a bit of overkill. I told her that not everyone can just get childcare to go into a shop, and she said "Life is tough". I told her I didn’t need her to teach me about life, and we started to walk away. She kept talking after us saying it was a "grown-up shop", and on and on. Poor Vera was confused and we just told her the woman was mean. When she asked why, I said I didn’t know. It was a brief encounter, but it got my heart pounding all the same. I looked the shop up, and there were a couple of bad reviews (no good ones) about how terrible the customer service is and it all seemed to refer to this woman (the owner, I think).

Anyway, I thought about why it shook me up at the time, and I realized it’s not so much because she wanted me to look after my kid. It’s not because she wants to keep her shop nice. It’s because of how she went about it. There were many ways for her to get what she wanted, but she chose to approach us rudely and with disdain, all because of my little child. It bothered me so much, because children are really discriminated against these days. They’re little, they need teaching, they are small and uninhibited, but they are whole. They are whole, valuable people. They shouldn’t be looked at as a nuisance, they shouldn’t be written off because they are small and curious. If anything, it gives us more responsibility to them. All of us. Not just parents, the whole community. Some people may disagree with that one, but I think it’s everyone’s job to show love to our children. What’s it all for, anyway? So, I felt defensive. Because I see how beautiful and curious and sweet my children are, and I hate that this woman couldn’t think to share her space and knowledge with us. Even worse is that Vera would have loved the rock shop. She wouldn’t have stolen, she would have oohed and aahed. I would have bought her something. She loves rocks and crystals and things. So sad that this woman only saw a pest. My beautiful, rock loving daughter probably could have taught this woman a thing or two…

I don’t ever want to forget my responsibility to our children. These small people who need kindness and love, honesty, compassion, and plenty of patience. If this is something that people think they should be exempt from offering them, I think they’re wrong. Sadly that’s their prerogative, but I choose to see it as being just as discriminatory as anything else. Children are whole people, and they deserve respect. I mean, just look at her! If some people can’t see that, that’s very sad indeed. 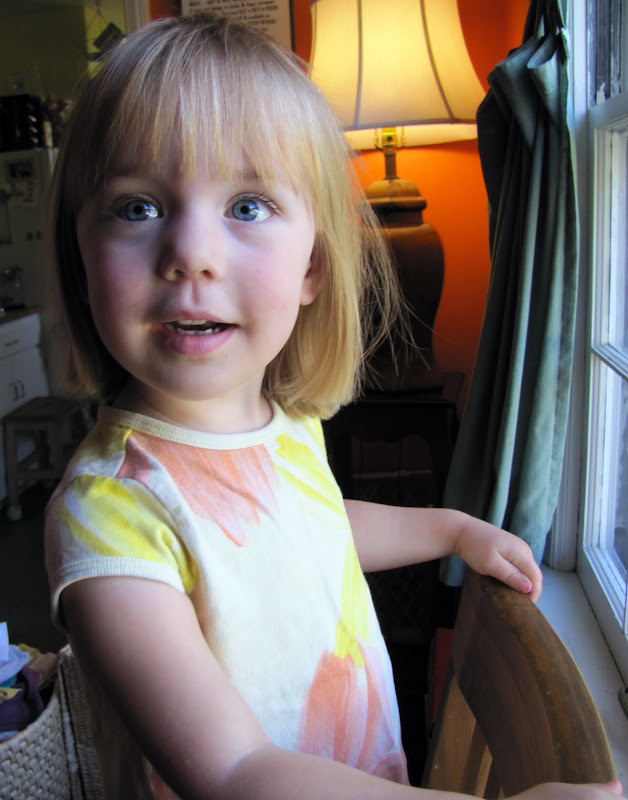