The unseasonably warm weather has kind of jolted me out of the winter blahs and right into summer scheming and planning. I drew up an initial plan for the 2017/18 farm, and it’s got me swoony and also mildly overwhelmed. We are expanding but also simultaneously pulling back. We’ve decided to reduce down to one farmer’s market a week at least for the next year, so that we can work on getting the garden established, get the various farm systems rolling, and work on getting our own family rhythms back. I’m definitely still rolling on the theme of “growing inward”.

I have a good feeling about this year, despite all the end-of-the-world stuff out there. My family delights me, my work is fulfilling and solid, and I feel like I’m growing personally in ways that I didn’t have access to in my younger years. I’ve mentioned this before, but I’m working to condense a lot of my overwhelmed feelings about the state of the world into something more concrete and useful- I’m working to find my values in all of it and to allow them to activate areas of my life that I actually can have some influence over. I mean, that’s gotta be better than anxious and paralyzed, right? 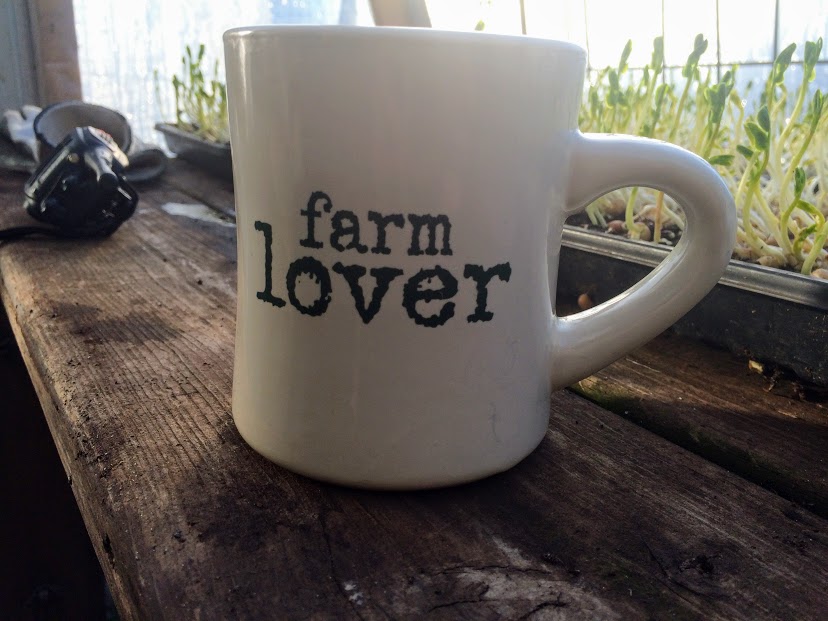 I left Facebook recently (as did Jeff). I just can’t do that kind of thing anymore, for so many reasons. I really thought I would miss it more than I do, but it’s been blissfully refreshing not to have it anymore.  It’s also been interesting to me the realizations that have come up, just over the past week. One in particular struck me as worthy of sharing: I recently heard two pieces of news from a friend. One piece was political, and one was environmental. I listened, I digested some of it, and then I decided what I wanted to research more and what I thought about each thing so far. And then it hit me. It’s been a really long time since I was able to receive news in that way. It followed a much more peaceful and natural progression than what I’ve become accustomed to. It was: Information->personal processing->discussion with a friend->personal opinion forming->desire for more/clarifying information. On social media? I realized it’s basically the exact opposite process. My experience of news/current events was usually launched by the feed frenzy (Jeff called it “scrolliosis”… har har). Without realizing, I’ve got 10 tabs open in my computer, all because I saw this headline or that, and the process has been started by the “desire for more information” piece (aka “fear of missing out”, aka “click bait”, etc.). Before I know it I’ve attempted to manage and digest a very large and scattered body of information that would never under any other circumstances hit me in the face in this way. Then the next thing I see is everyone’s commentary/status updates about this thing or that. So, before I can even start reading and vetting the articles put forward, I am already unconsciously learning about what my personal opinion should be just based on the context. I mean, even if I don’t think I’ve formed an opinion, I’ve already been informed of what my community wants me to think and pay attention to before I’ve even begun to digest the base information, and that comes with a bunch of other subliminal baggage that is just really interesting to me. After that, it’s kind of a back and forth between “community” discussions, personal processing, and working to sift through the sources of information… but perhaps you can see where I’m going with this?

I find it to be nearly impossible to sustainably take in information in this way, or to find the space I need to authentically think through it and find my own voice in it. Even after that, I find that I can’t authentically learn from others or adjust my opinion safely because one isn’t even truly allowed to be mistaken or in progress when the order in which we’re able to learn things puts precedence on so many other things first. I worry that we basically have to set aside our own mind in order to pull in the quantity of information/opinion being presented, and then if we are lucky we can work to integrate some of it (but not nearly all) in real time and take it out into the world via our own personal values. It just strikes me as being chronically and progressively frazzling and absurd. But maybe it’s just me. 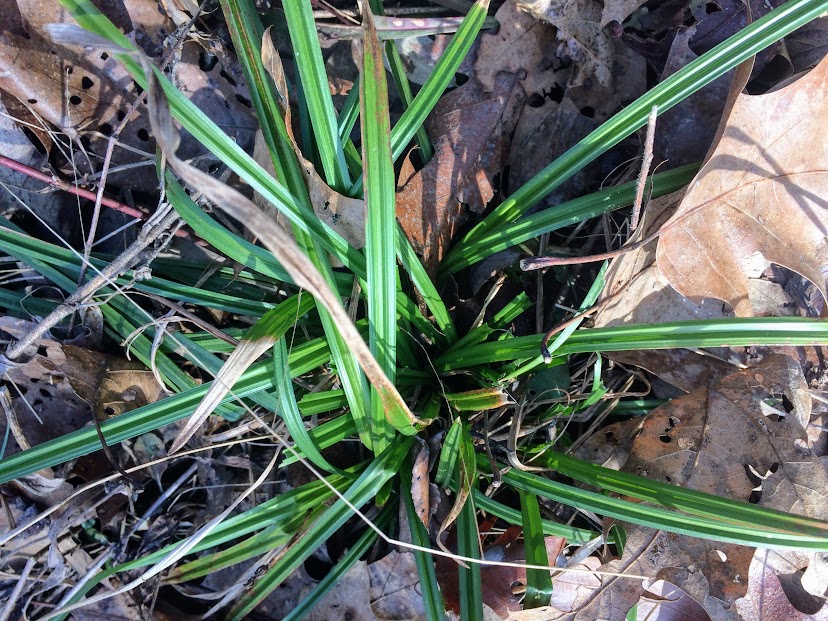 Anyway, that’s one of my first realizations, post-FB. I also realized that, while strategy for large-scale resistance is understandably more complicated, my personal daily strategy for resistance can be much simpler and doesn’t really need a bunch of internet personalities yelling in my direction about what’s real. Honestly, right now, it comes down to: 1) work to be honest (which, for me, includes the head work of discerning what I believe is right and wrong) 2) be kind and generous and life-affirming, and work to create a place that breeds that kind of abundance, and 3) grow in my spirituality and work to decolonize my mind. To me, this primarily means I am trying to identify with the living place I’m a part of (rather than the disconnected human-centric landscape of civilization) – I mean the soil, the plants, the animals, the trees, the rivers and lakes, as well as the people. Without becoming a part of this place and learning to love it, I won’t know how to defend it or even know what needs defending. And guess what? This system of oppression is all about severing the connection people have to their land and communities. In fact, I think that might be what fuels all of it.

So I’m taking more walks, which is definitely easier on sunny and eerily warm February mornings. I ordered my seeds for the year, which holds so much fresh possibility. This year I’m growing some interesting things like artichoke and cardoon and chicory and burdock. I’m also taking a little time this winter to play with sourdough and bread making. I’m not a baker, and I’ve heard sourdough is kind of the hardest thing to manage, but I’m gonna play anyway. I also know that sourdough is the most nutritious way to process wheat, so even if bread proves too difficult for me right now, I can still use it, right? 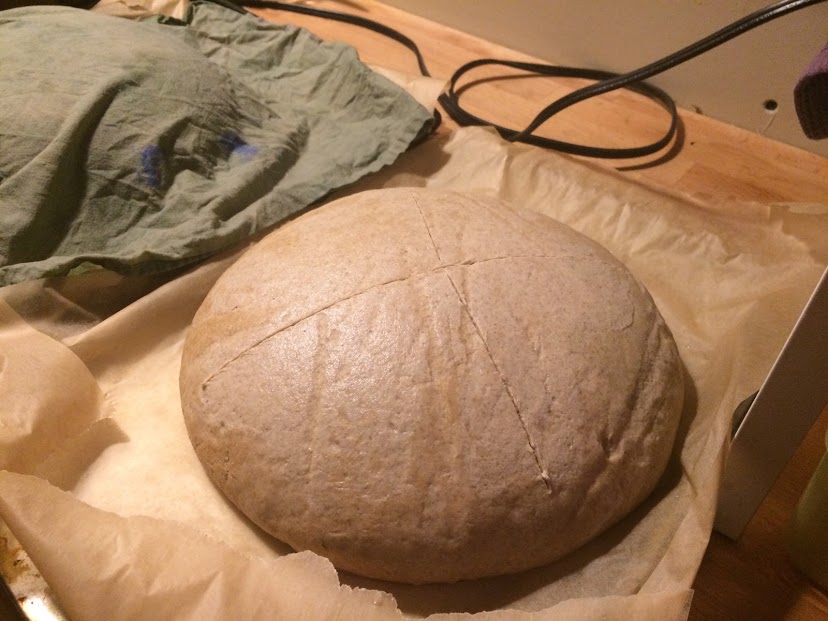 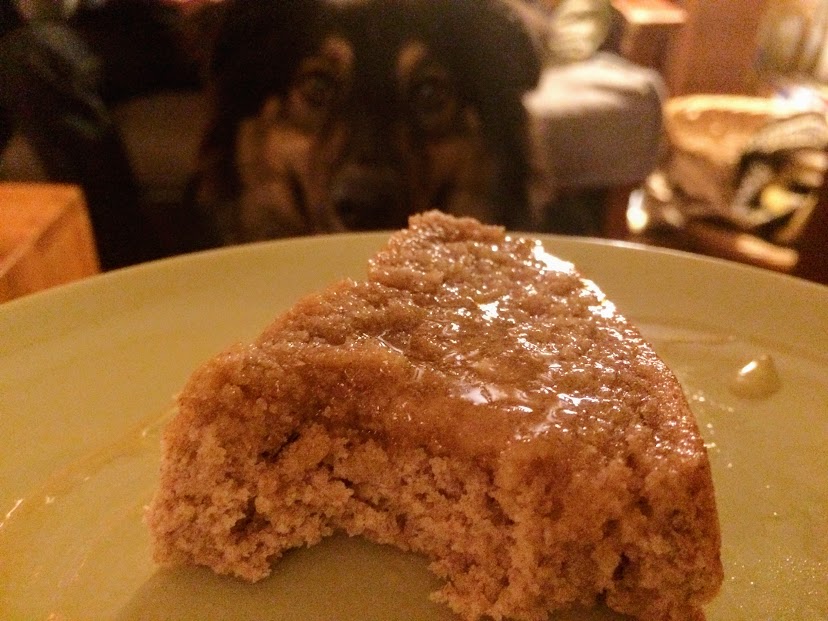 I made savory crepes with a simple sourdough batter- this is bound to be a staple! Just as good as tortillas, and easier to make. All I did was add beaten eggs to the extra starter I had, then cooked like a crepe in a non-stick pan. Added fillings when the batter was cooked through, and folded it over. Delicious! 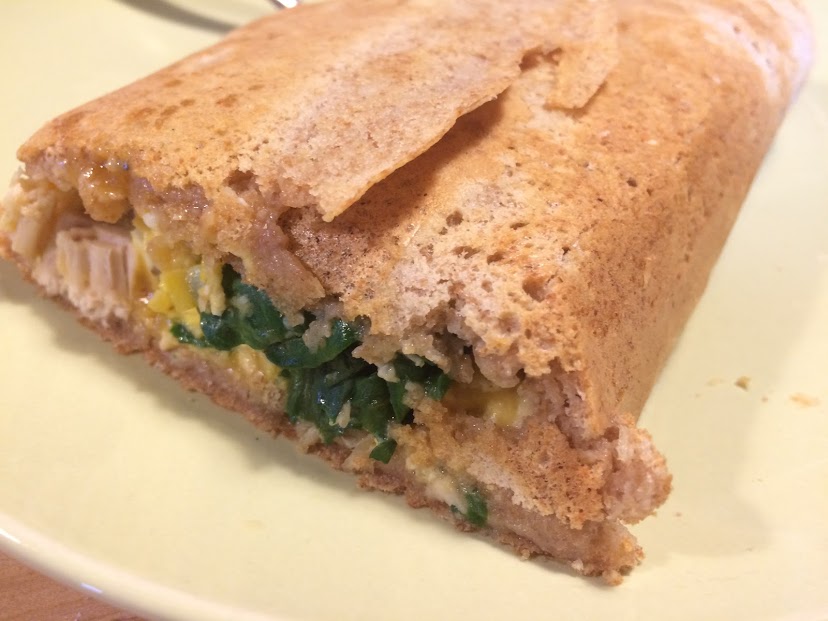 I’m also playing with pasta. Below is the fermented pasta dough, then the pasta rolled out and drying on the rack, then cooked simply with chicken and greens and a creamy sauce. I’ll keep playing around! 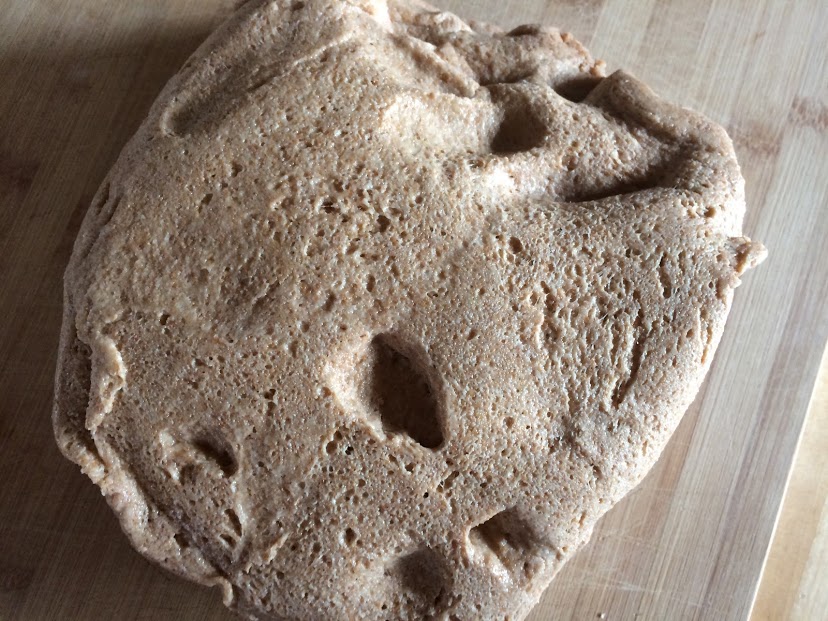 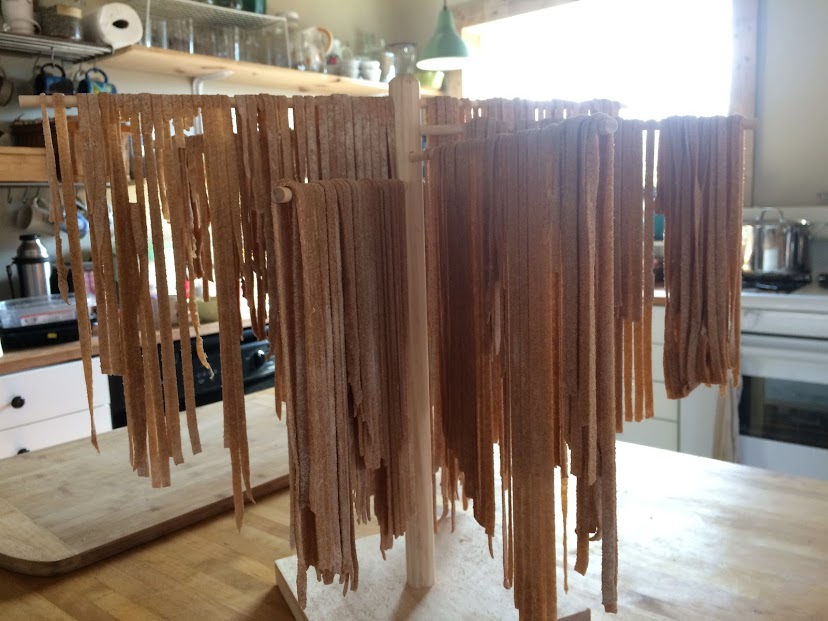 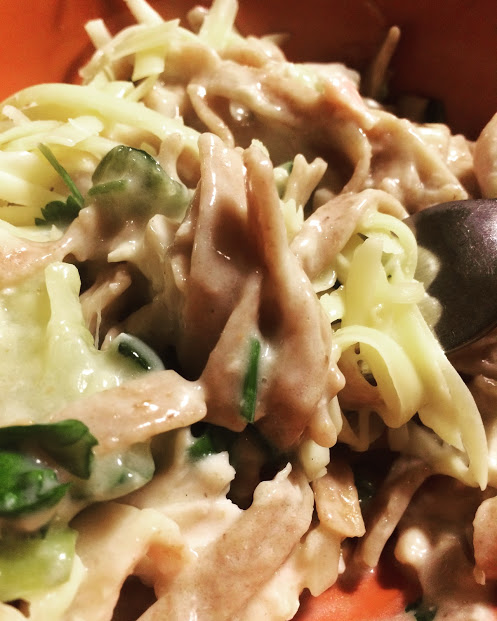 Other updates include Vera’s 9th birthday. It was lovely. She’s growing too fast, so I had to swoon over old pictures of her and make little collages, obviously. 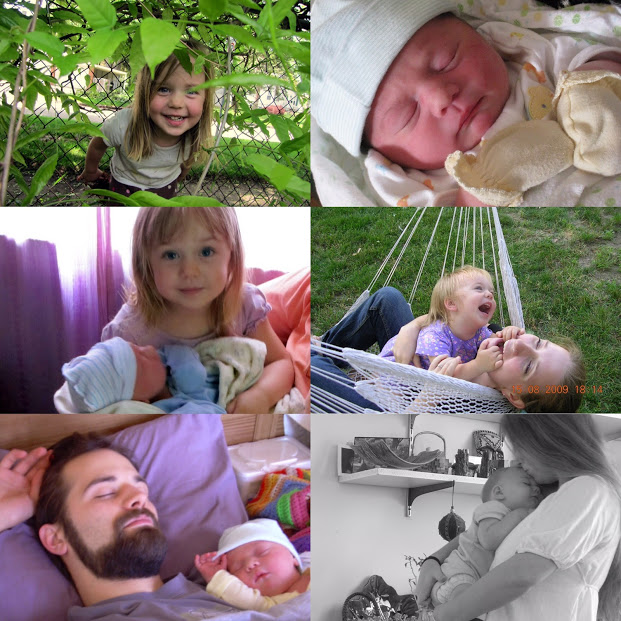 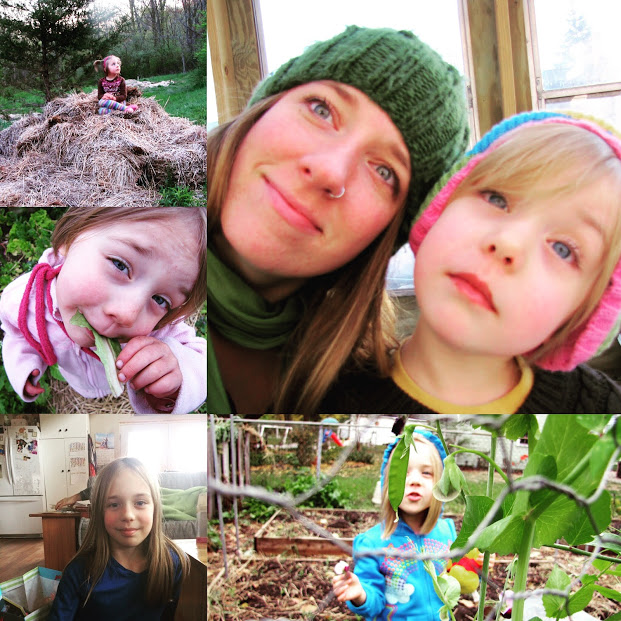 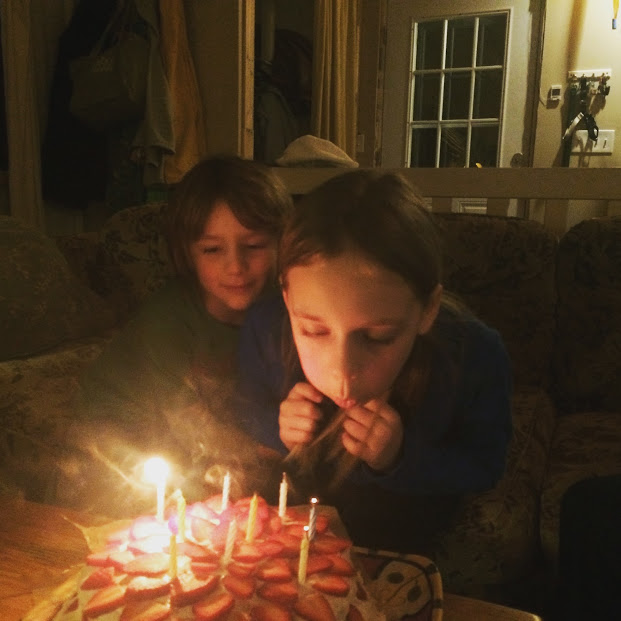 We’ve already had our first campfire of the year, which is weird but we’re rolling with it. 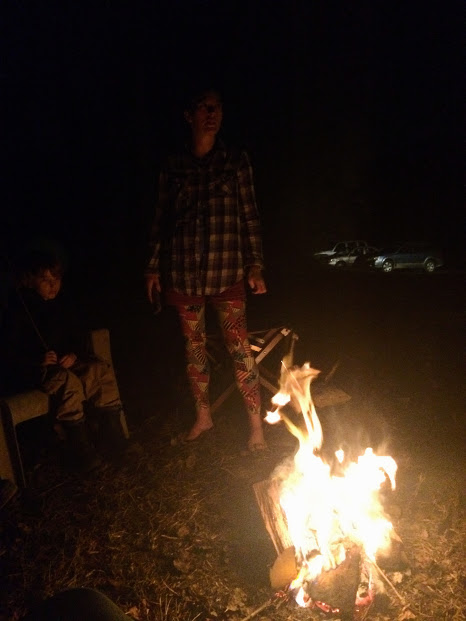 We also got a ginormous chest freezer. Going to start storing bulk meat for my family! It’s been a few years since we could do that, so I’m pretty excited about this. 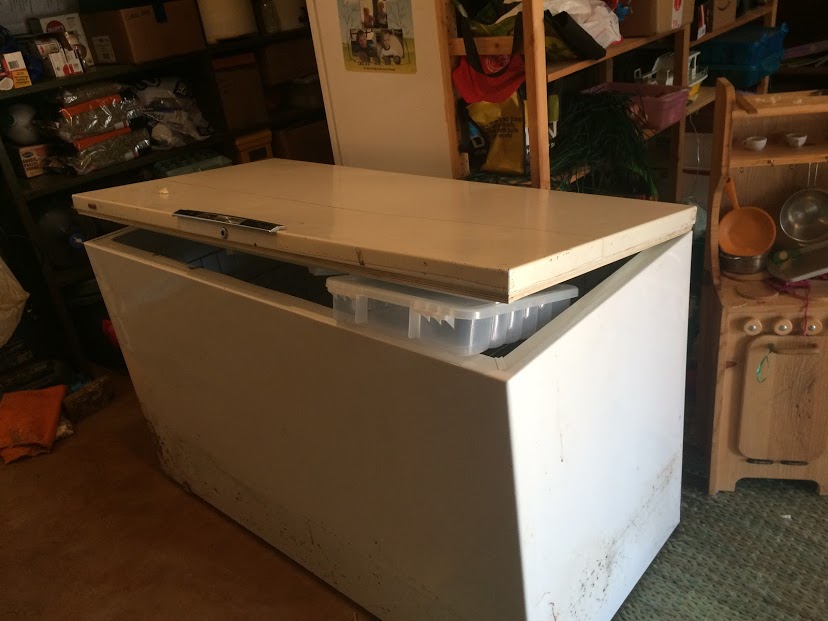 Jeff also worked hard finishing some of the window trim. For the sills he went and got some nice reclaimed local wood with raw edges and cool knots and stuff. So pretty! And for the rest of it we are using pallet wood. I love the way they look! Still a lot of trim work left to do, but we are chipping away at it. 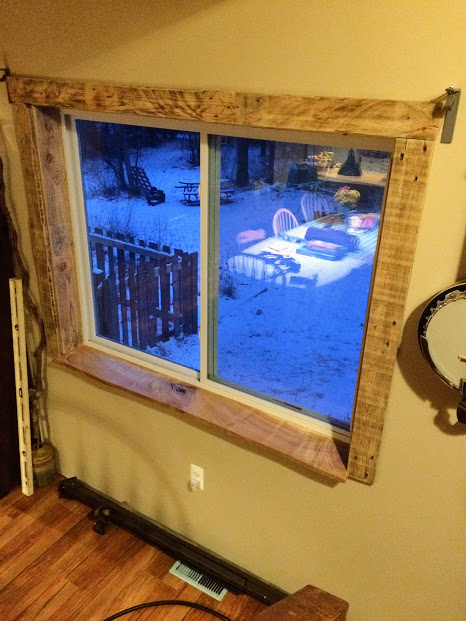 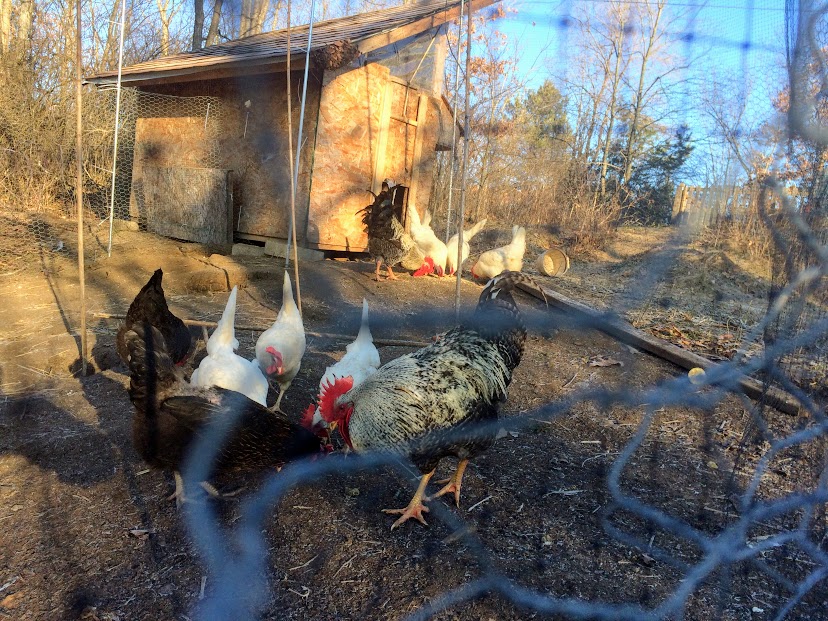