And Jeff and I are going to vote now. But I’m disillusioned… I won’t lie. I am only voting on two things- a proposal and one local candidate, and I almost wasn’t going to vote at all. It just seems completely broken to me. Blah. Things are just so much more broken than we realize. I often feel like I’m putting a band-aid on a gaping wound, just so that people won’t think I’m a hypocrite. It’s complicated.

Yesterday we went to the county clerk to get Asa his birth certificate. It was a fine experience, but Jeff was fairly convinced that we were mildly discriminated against because we’re homebirthers. I wasn’t so convinced, but I guess it’s a possibility. Basically, when you have a baby in a hospital, the birth certificate stuff just gets taken care of, but we have to go into this office and show our IDs and give them this worksheet from our midwives. Anyway, not that big of a deal, but last time we did it we were able to get the info sent to social security and then just got Vera’s SS card sent to us. We wanted to do that again and the woman just said no. We asked why, and she just said "No. We’re doing this first." even though there was a check box right there on the form for it to happen like that. It was kind of weird, how short she was with us, and she never gave us an explanation, just told us we had to go to some other building on the other side of town and work it out there. Plus they were definitely snickering back in their cubicle, shaking their heads and looking at us. That part was what really stood out to me. I thought maybe they were snickering about our form, but they didn’t tell us there was any problem with it. Anyway, Jeff said that someone he knows told him that there’s one woman that works there who you want to get for this kind of situation, and that the others just don’t like homebirthers. In the end, Jeff thought that they were sending us on an extra errand just because. I don’t really know, I think maybe they don’t release the information to SS anymore and just haven’t changed their forms, but they were definitely kind of abrupt with us. I guess I’d like to assume the best. It is weird, though, to be looked at in that way. I hate that people don’t have the information about homebirth. I try to empathize and think about it like some people really think I’m selfishly choosing a trendy birth experience over the safety of my baby/self. Based on everything I’ve seen and learned, it was the safest place I could be. Anyway, I just want to focus on having an open mind. You never really have all the information, and some of the information you do have is bound to be wrong…

Anyway. Today I’m stationed outside in the shade with this basket. Diapers and gardening books and bag makings… (thanks   for the color suggestions, I think they’ll be perfect!) 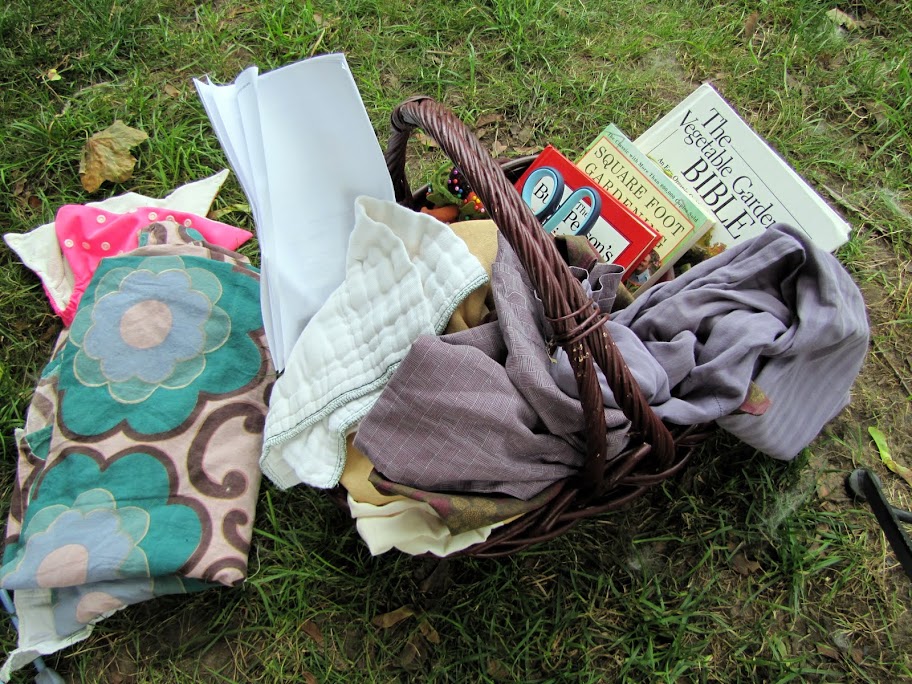 It’s amazing how easily occupied I am just in my backyard. So much going on. The open air, the people walking by…  Not to mention the beautiful chickens. They barely go through their feed because we give them so many scraps/weeds, which is nice because we opted to buy organic feed which is three times more expensive than conventional feed. But it’s worth it. I don’t want to feed them any cheap GMO crap. 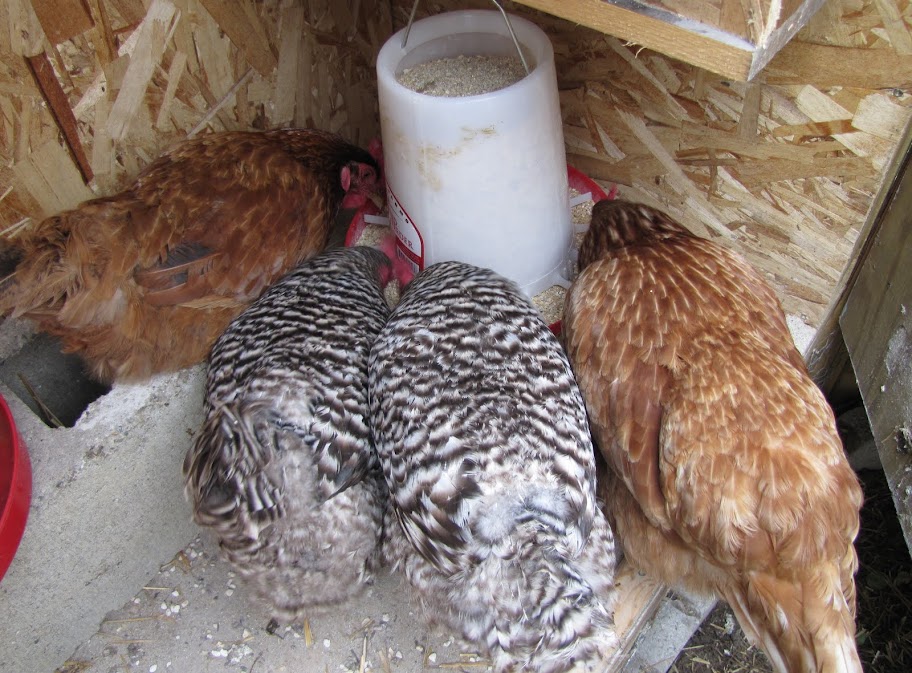 Lovely eggs. We always get at least two eggs a day, often three. But- I forgot to mention this here- on Asa’s birthday we got 4 eggs! I felt like it was a birthday present for him… so special. Amazing how much more grateful I am for eggs now that I have chickens. 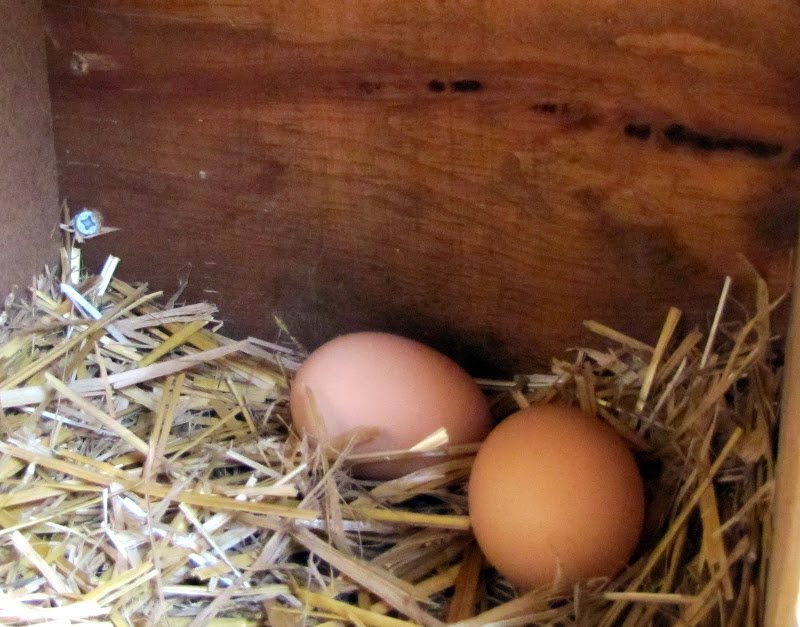 She’s got this thing about small round coin-like things. She gathers them up and calls them her "lucky penny". This was a lucky penny she was showing me. 🙂 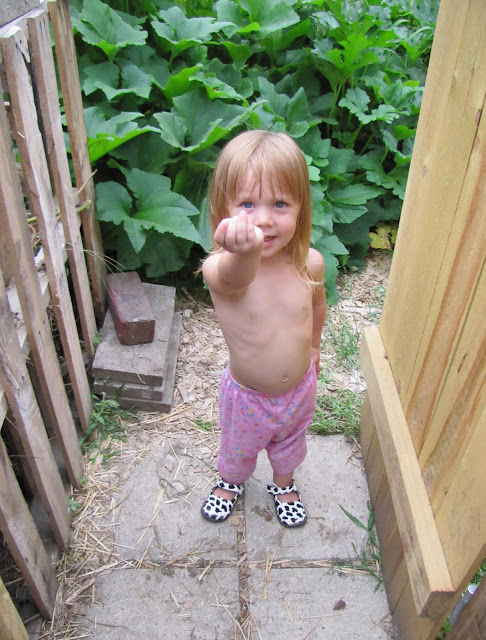 Tomatoes are turning color! Thankfully I did some research and found that the tomato blight we’re dealing with is somewhat manageable by just removing the affected leaves and rotating the crops next year. I hope that does it and we can get a decent harvest this year. Looks like the "late blight" is much more severe, and you basically have to kill your plants and send them to the landfill. 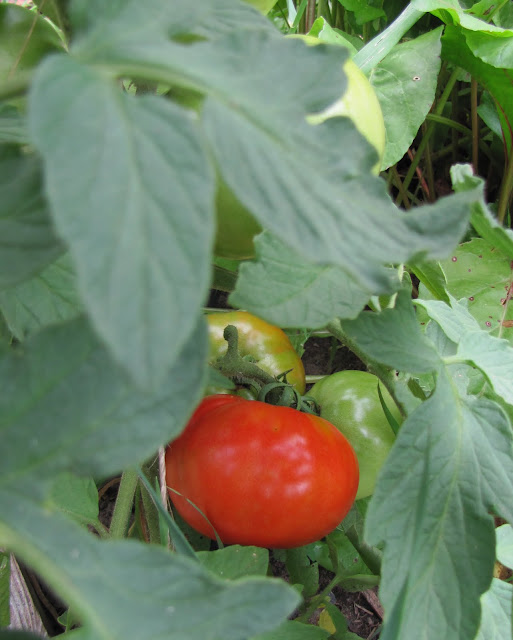 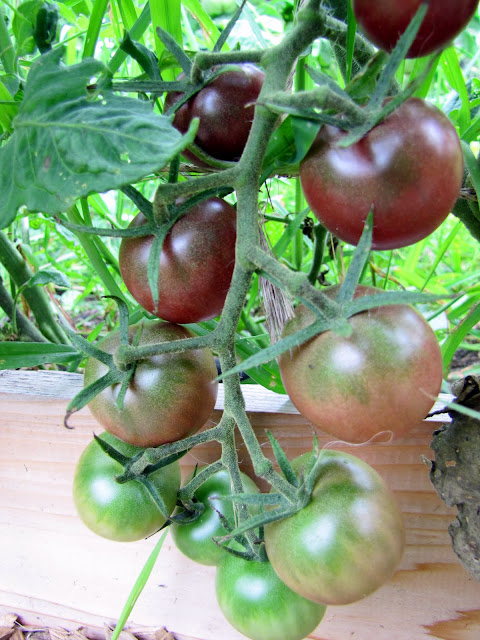 Nasturtium. Soon to be pesto. 🙂 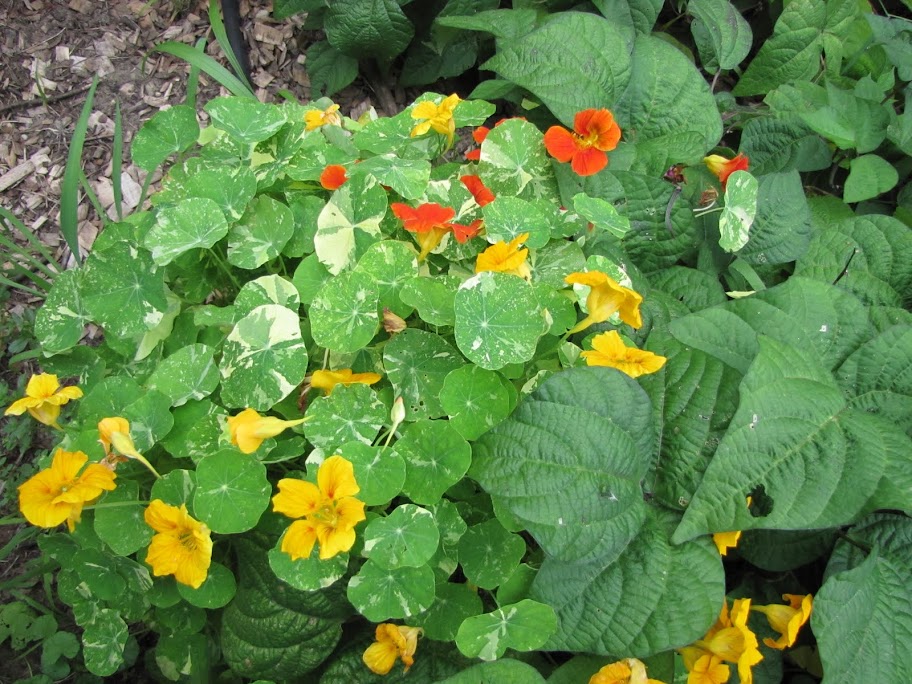 I’ve really got to get cracking on garden planning/planting/storage/recipes/etc. It’s all going to sneak up on me otherwise.

And a baby in a basket. I love him more and more every day, little bean. He’s such a good baby, and he’s already sleeping through the night (just nursing every couple of hours). I know that might change, but I’m counting my blessings right now. I can’t wait to see him round out and wake up a little more… I just am dying to see who he is. Vera goes up to him multiple times a day exclaiming "Ooooh! Little buddy!! My little brudda!" and kissing him firmly on the head a few times. So much fun, this having kids thing… 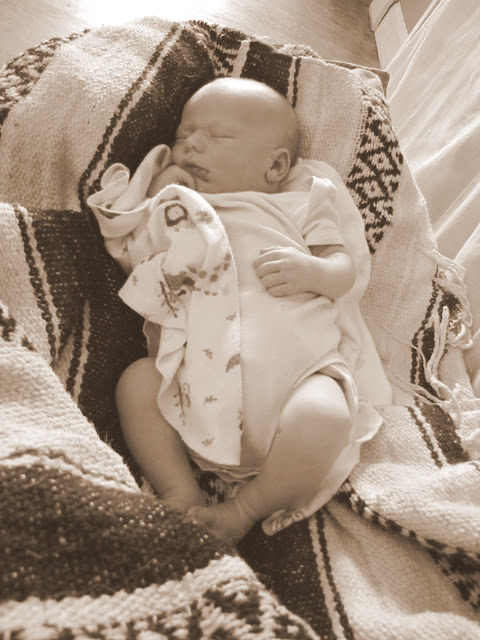