I've decided to night-wean this little guy. He's coming up on two, he's got most of his teeth, and I haven't had a full nights sleep in over 4 years. It feels like time. I started talking to him about it a few days ago, and he happily went along with the story. "Nigh nigh milky! Morning milky!" But two nights ago I tried, and he wailed and wailed. I shushed him and rocked him and gave him water and lots of love. At one point I thought we must be close to morning, and then was alarmed to see that the clock only read 2 o'clock. It was a really really long night. Then last night I tried again, feeling like if it didn't go well then I'd have to maybe postpone the whole thing (that's how it went with Vera- I tried for a couple of days, she was so upset, and then I tried again a month later and it worked with minimal tears). Much to my surprise, he slept until 5:30 on his own. He came into bed and asked several times for milk, but when I told him "No milk Asa. Milk is going to sleep. We can have more in the morning!" and then he'd say "Ooooh kaaaaay." It was so sweet. Downside was that he was up babbling and crawling on our heads from 5:30 to 7, but I'll take it. Oh my, I see the light at the end of the tunnel.

It's always hard to transition, I find. Even when it's as simple as no more nursing at night. I feel very grateful for my smooth and happy nursing relationships, and my resilience through the years of sleep deprivation. There's some biological thing that happens, I think. It's not been bad at all! I am feeling ready, though. And it really makes you grateful for stuff that I always took for granted- a small block of uninterrupted sleep is sounding like pure luxurious bliss right now. Yay. Happy mama and a happy baby. I'm sure he'll sleep better too.

We went out to the land yesterday. It was mild and breezy and you could smell the freshness all around you. Jeff and our friend have been working hard on things when they can. Driveways are going in, paths are being cut. 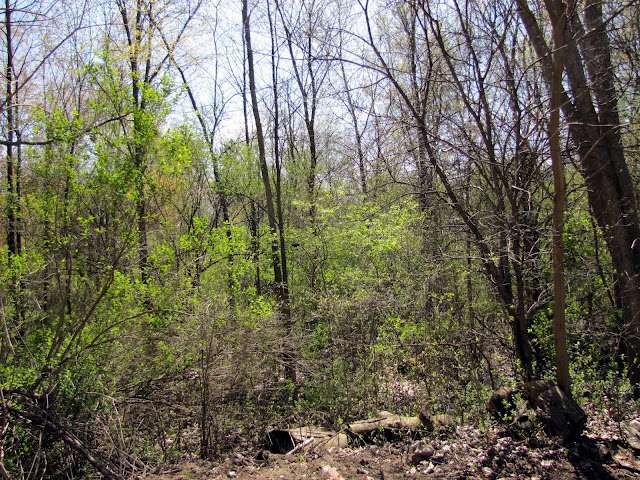 Here's the massive brush pile that they've made so far.

This is the original clearing in the middle of the property, separating the south parcel (ours) from the north (theirs). This will be our common area. They've been hard at work doing a bit more clearing to prep for the barn.

This path leads to our side of things. 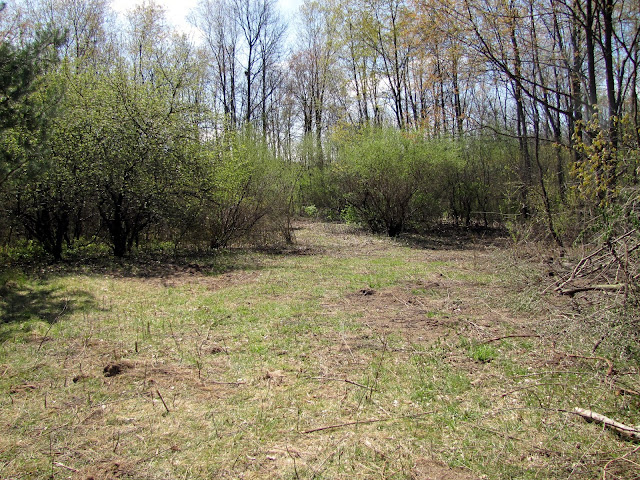 One of the garden spaces. This is the area I will prep this year and just plant some winter squash and corn. Oh and I'm going to plant my perennials, too. I bought 60 asparagus crowns to plant. I also have to transplant my rhubarb, walking onions, currants, blackberry, boysenberry, and two kinds of raspberries. We'll have so much delicious fruit in a few years!

Getting a glimpse of my kids here has been amazing. They seem so suited to it all. The fresh air, the green everywhere… I was grateful for this before, but the real prospect of living here and enjoying this space is almost too much for me! I'm so excited.

This is behind the garden area and it's where our house site will be.

These are the three trees right next to the future house and gardens. It's why we've lovingly dubbed the whole spot "Triple Tree". We plan to put up a big tree house in these trees so we can all see the sunsets. Our friends are right next to an oak grove, and we talked about naming their site after that. The whole acreage is being called "Funky Lumps Ranch", which I think is just hilarious. I'm planning to go out to hike/forage/play at least once a week now that the weather is nice. I want to really connect with this space and learn about it.

—
Lots of planting to do today. We went a few days ago to a vendor orientation for my local farmer's market. It was intimidating and exciting. Jeff and I almost have a finished logo for our farm. I am in this stuff so thick. It feels scary-awesome. And… jump!