You know, it was so easy for me in my early twenties to just make up my mind about so many things. I tended to lump things all into their own categories and make very firm decisions about things. For instance, the holidays. Thanksgiving equaled a group of people who are all too dishonest to admit wrong doing, even centuries later… Now? Now I recognize that it’s as good a time as any to give thanks, and to acknowledge a history and to think about how to make amends. Eating local fare with family is also never a bad idea, I think. You see the difference? It’s just never as black and white as it seems. Then there was Christmas. Having established myself firmly in the "non-religious" category, and also in the "anti-consumerism" category, it made Christmas a tricky subject for me. It’s still tricky, to be honest. My family is very Christian, and the rest of our family (on Jeff’s side and extended) are all pretty traditional when it comes to Christmas. We felt really compelled to figure it all out when we had kids, considering that we’re responsible for what traditions they grow up knowing and practicing.

Basically, I realized that there’s a lot of value in tradition. Traditions and rituals have a firm place in human life, and I’m learning that they are important in a number of ways. Especially now, having a couple of kids to raise, I find myself gravitating towards seeking a life with meaning and ritual, more so than I did when it was just about me. Why is this? I wondered. I realized that there are many problems with modern traditions and rituals- so much of it has become toxic over time. There’s a surprising lack of community in our daily lives, and yet over the holidays we’re all expected to give gifts to those we rarely see… There’s the rampant consumerism, which is just destructive to the planet and financially nonsensical for most families out there. Plus now it’s all made to break, and half of the time the people you’re giving gifts to you don’t even know well enough to give something useful. I might be over-generalizing, but I sort of doubt it. Then, oftentimes, families all get together and get drunk just to be able to tolerate the dysfunction within the unit. Pretty silly, if you ask me. I can go through each mainstream holiday and point out more problems like these, and in the past I just had little interest in maintaining traditions that are so full of toxicity.

BUT, Derrick Jensen talks a lot about toxic mimicry. He says that many things are toxic now, but they are based in something real and important. For instance- fresh clean water available in plastic bottles. Toxic mimic. And so it goes with so many of these traditions. The winter traditions are, at their core, all about the return of the light, community, generosity, and showing each other a little extra love during a dark time. The warmth that a few extra candles and lights can bring into a home is pretty remarkable. The thought that goes into each present/act of service, it’s something that can really help someone feel known and loved in the darkest, coldest time of the year. That is what I think these traditions are for, and that’s what I intend to uphold. Because honestly, it never felt quite right to scrap an entire holiday because of a few issues I had with it. I’ll just adapt. I’m taking the good, and leaving the bad.

I love the seasons, the change, the opportunity to meditate on the earth and each other… it’s good. It gives us all an opportunity to focus on something that we couldn’t possibly focus on each day of the year, despite our best efforts. Like birthdays. I thought they were nice enough, but now that I’ve felt the force of a new life coming through me- I’ve watched that new person pour out of my body and become their own. It’s amazing and powerful, and we so easily forget how profound it is. It’s a good idea, I think, to honor each precious life, to recognize the inevitable change each year brings, and to remember that we were all once born- small and helpless and new. Anyway, that’s kind of what I’m finding- that each tradition, regardless of whether or not I saw the meaning at the time, has come from something important and real. It’s up to us to find that meaning and purpose and renew it. I’m grateful that this is my new task, rather than abstaining and being sad about keeping my children from feeling a bit of wonder and fun on these days. 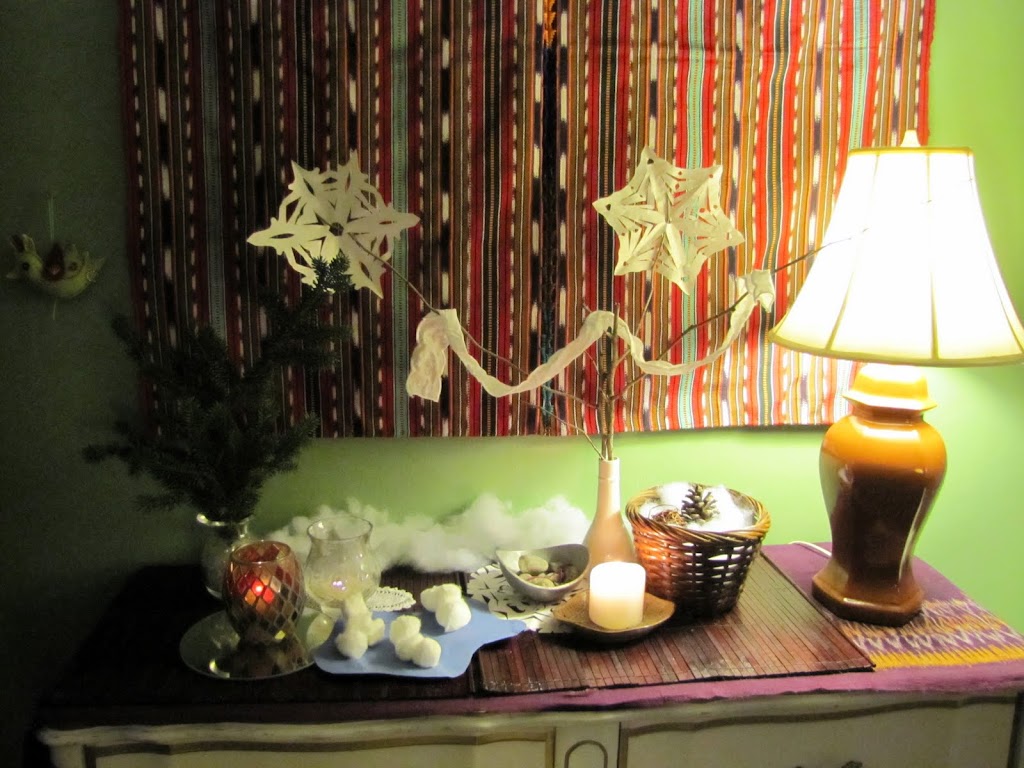 I’ve seen so many people do these, and I love the idea. We’ll change it up with the seasons, have fun nature walks and crafts… 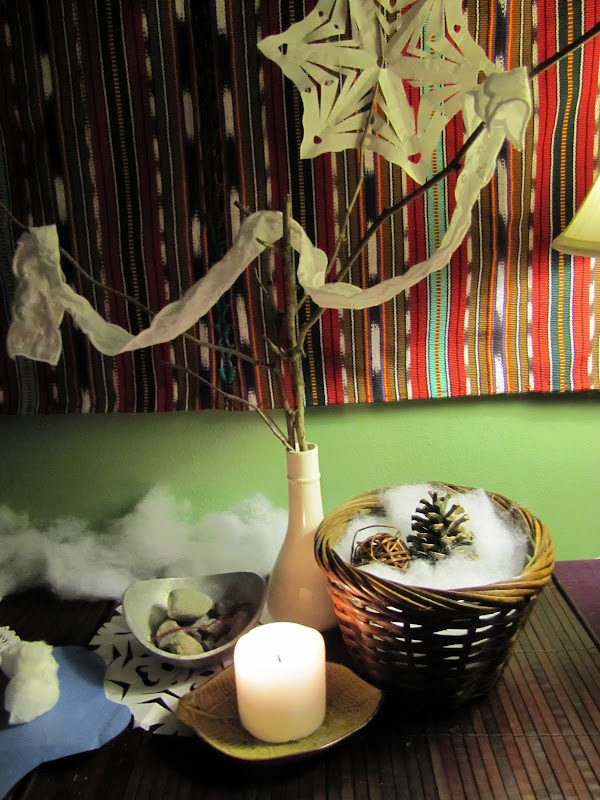 Vera made these snowmen… *melts of cute* I love LOVE that I get to do this stuff with her. 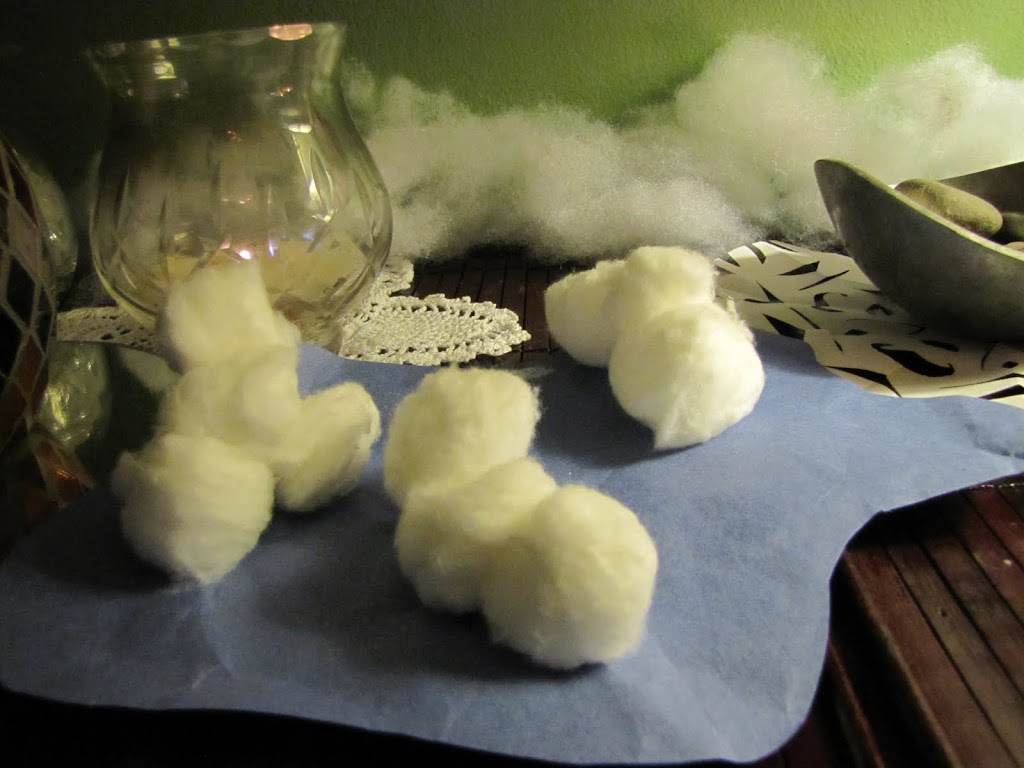 And we got a tree. Now I had just made up my mind about Christmas trees… we thought it was just destructive and that was that. We got little mini potted trees for a couple of years, but then we ran out of places to plant them in our yard, and they died eventually… 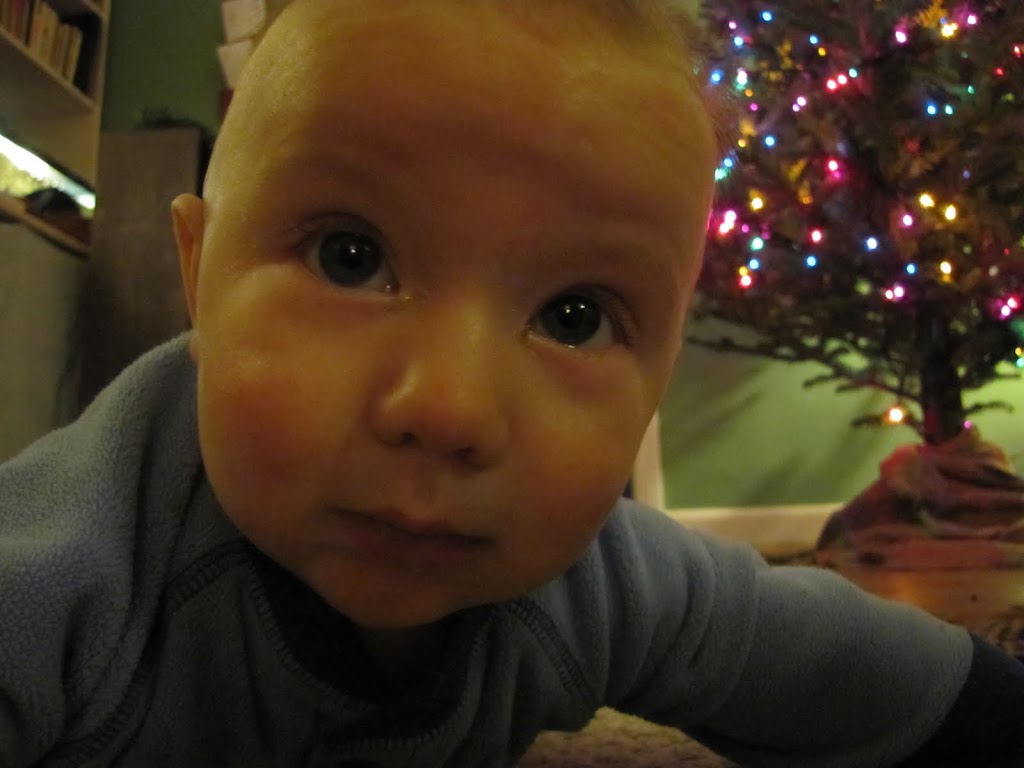 Last year we had nothing, and this year I did some research. I knew I didn’t want to get a plastic tree- that’s way worse for the environment. Then I found out that a cut tree, while it’s not as good as growing a new forest, is not that bad as far as farming goes. It’s a crop that doesn’t have the high turnover that other crops do (I read it’s like 8 years, actually), and so it’s not as hard on the soil, etc. It also helps to prevent erosion. And you can support local farmers, which is good. So, it’s not as bad as I thought. And we’re going to mulch it up and put it on our walkways when we’re done with it. And I love the way it feels, and smells, and lights up a room. One change, though. It’s our Solstice tree. I don’t want to be picky, but we’ve decided that as a nuclear family we’re celebrating Solstice. We’ll celebrate Christmas with our families because it’s important to them. I think as a family we can identify much more with the practice of celebrating the winter solstice. It also opens up an avenue for talking about other religious/cultural practices, because they all are so intertwined in their histories, etc. Anyway. 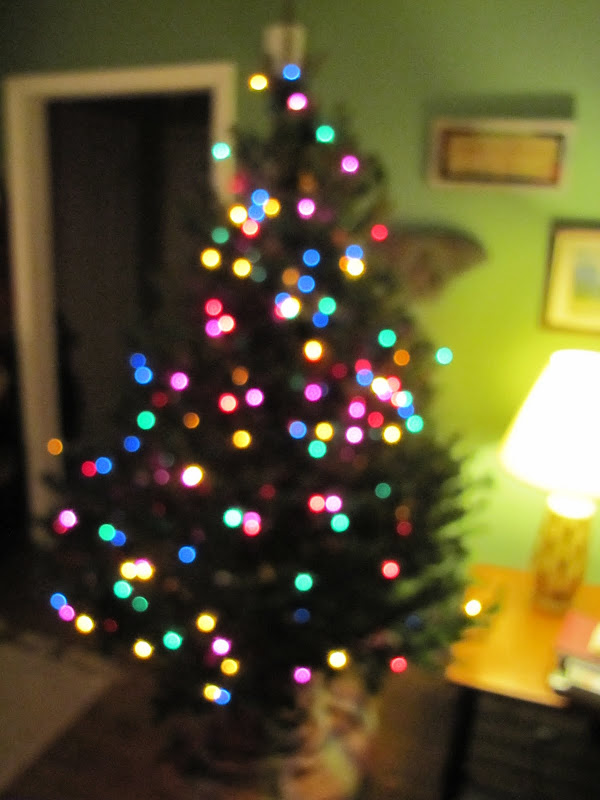 Plus, this year the solstice will coincide with a full moon lunar eclipse. I mean, how awesome is that?

What traditions are you grateful for? Have you made any changes to the traditions you grew up with?