I left off with the gable walls being framed and the temporary floor put up over the living room on top of the beams. Here’s what’s happened in the last week or so:

Jeff and I got to work last Thursday evening on framing the roof. It started with the ridge beam, which turned out to be quite a to-do! Basically we had to put up these temporary supports (those long thin pieces of wood on the ground in the picture below) and then brace those, and then get the three sections of heavy beam up, in the right place, and attached to each other until they can be held up by the rafters. It was interesting, that’s for sure… especially in the middle area where there basically isn’t a floor. 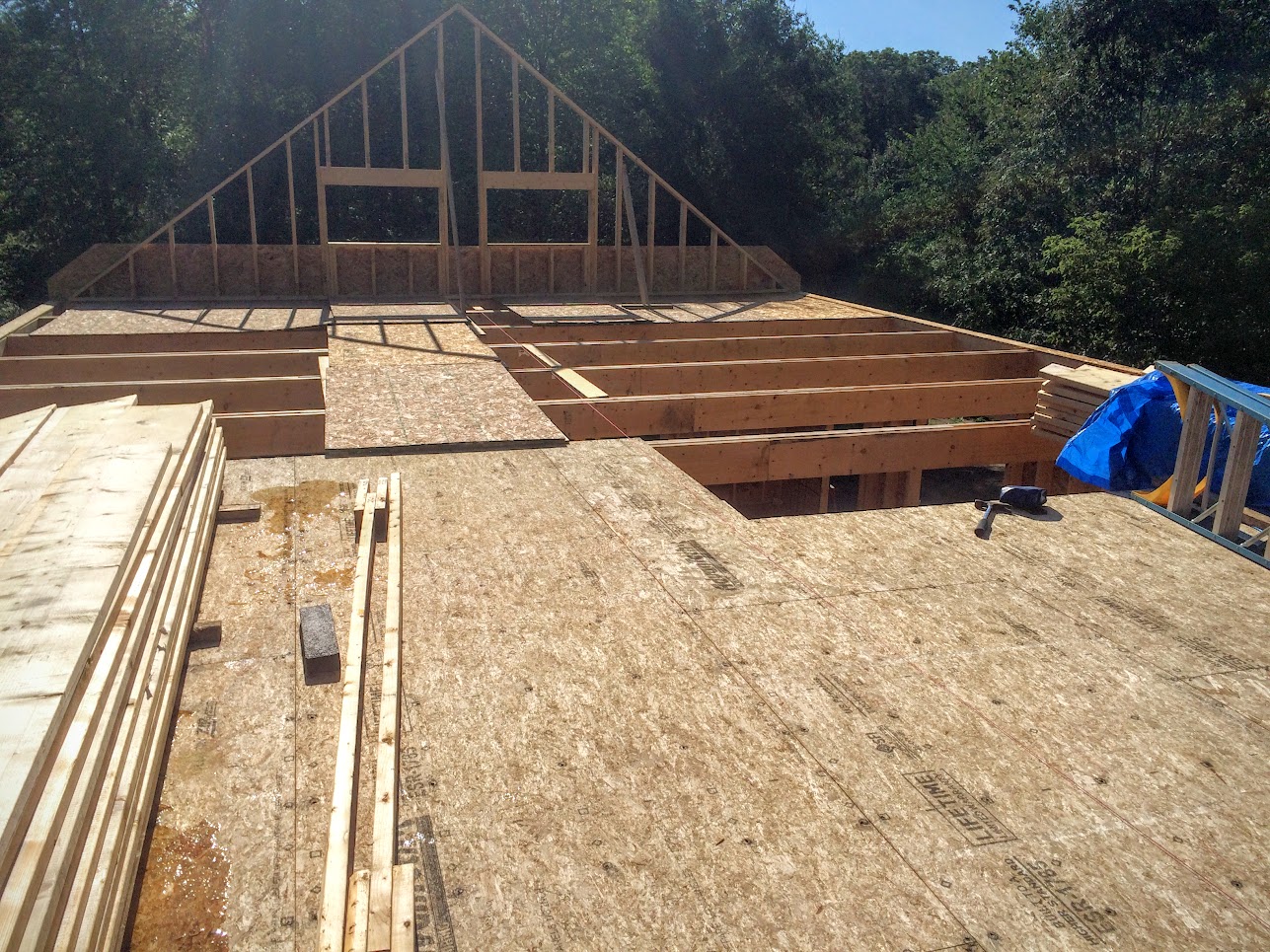 There’s always the view to look forward to out there! 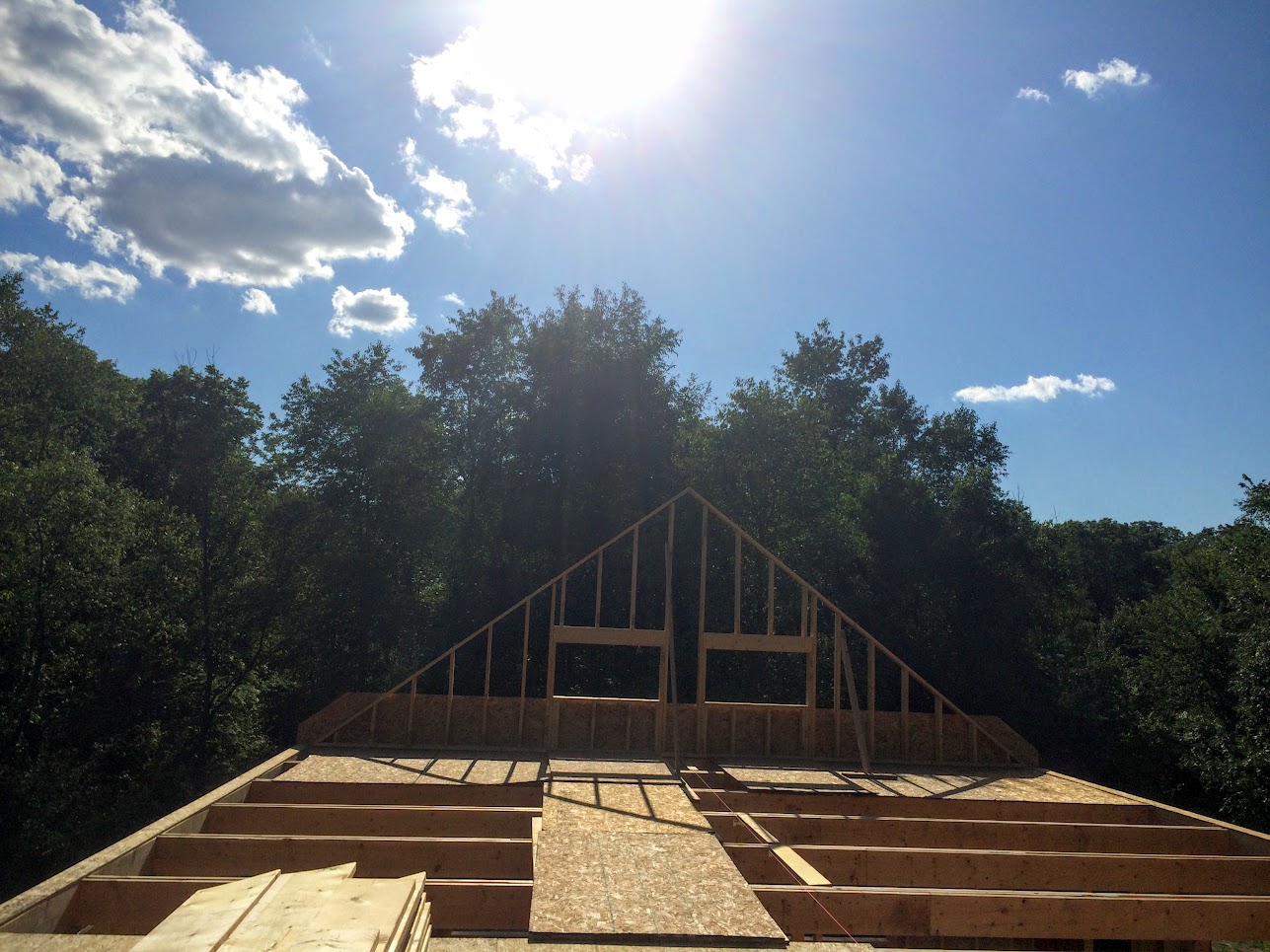 No real pictures during the process, but it was great to work together and not be divided up like we normally are. We really are a good team- whether it be naturally or learned (likely a bit of both). I thought of things he didn’t, he had strength and surety that I didn’t, and we enjoyed each other and our accomplishment. I love love *love* that we get to do this together, and even more so that the birth of this home will give way to so many other projects together. We really like each other, even during this stressful event, and I feel like that’s kind of a win. <3 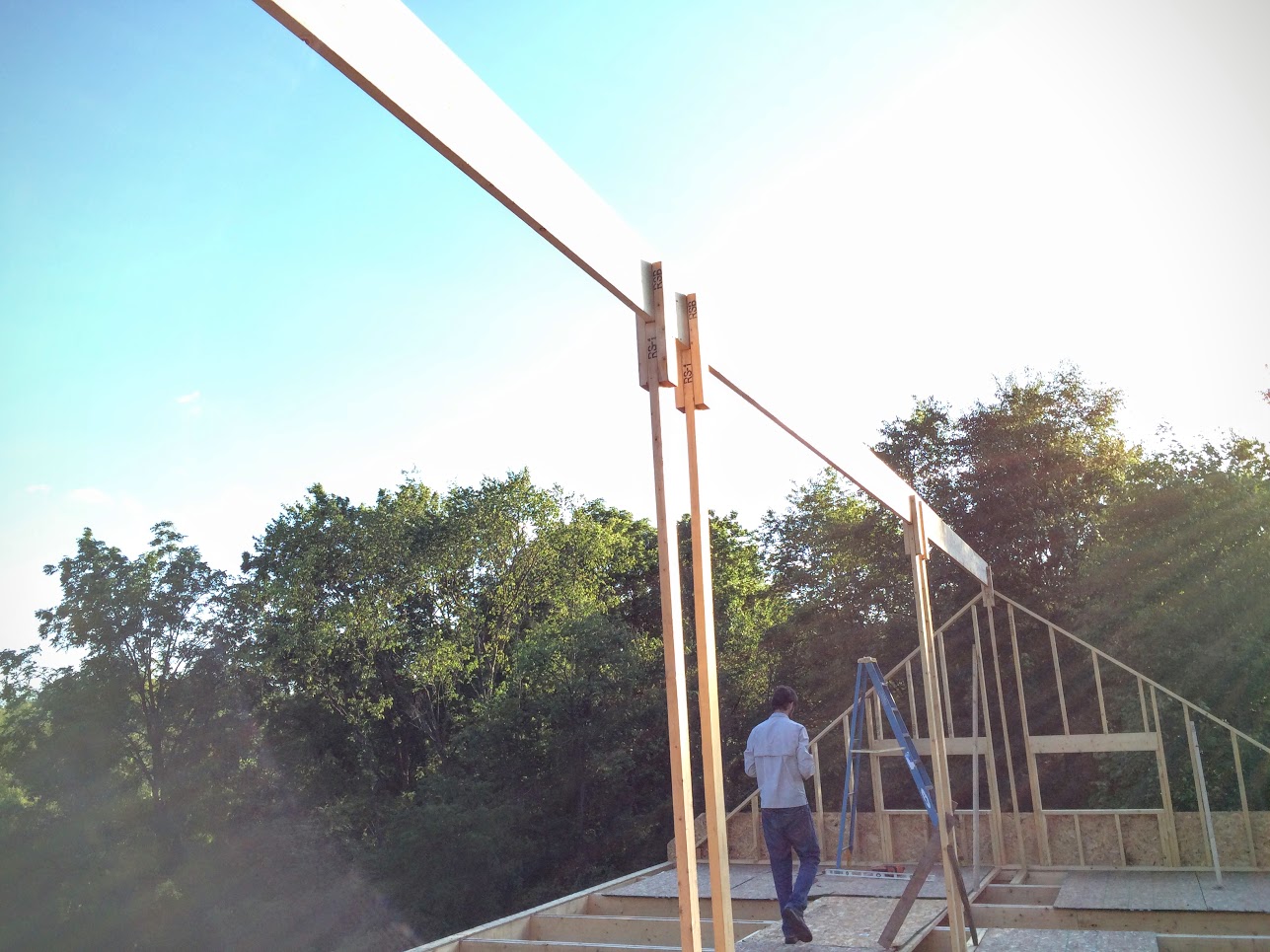 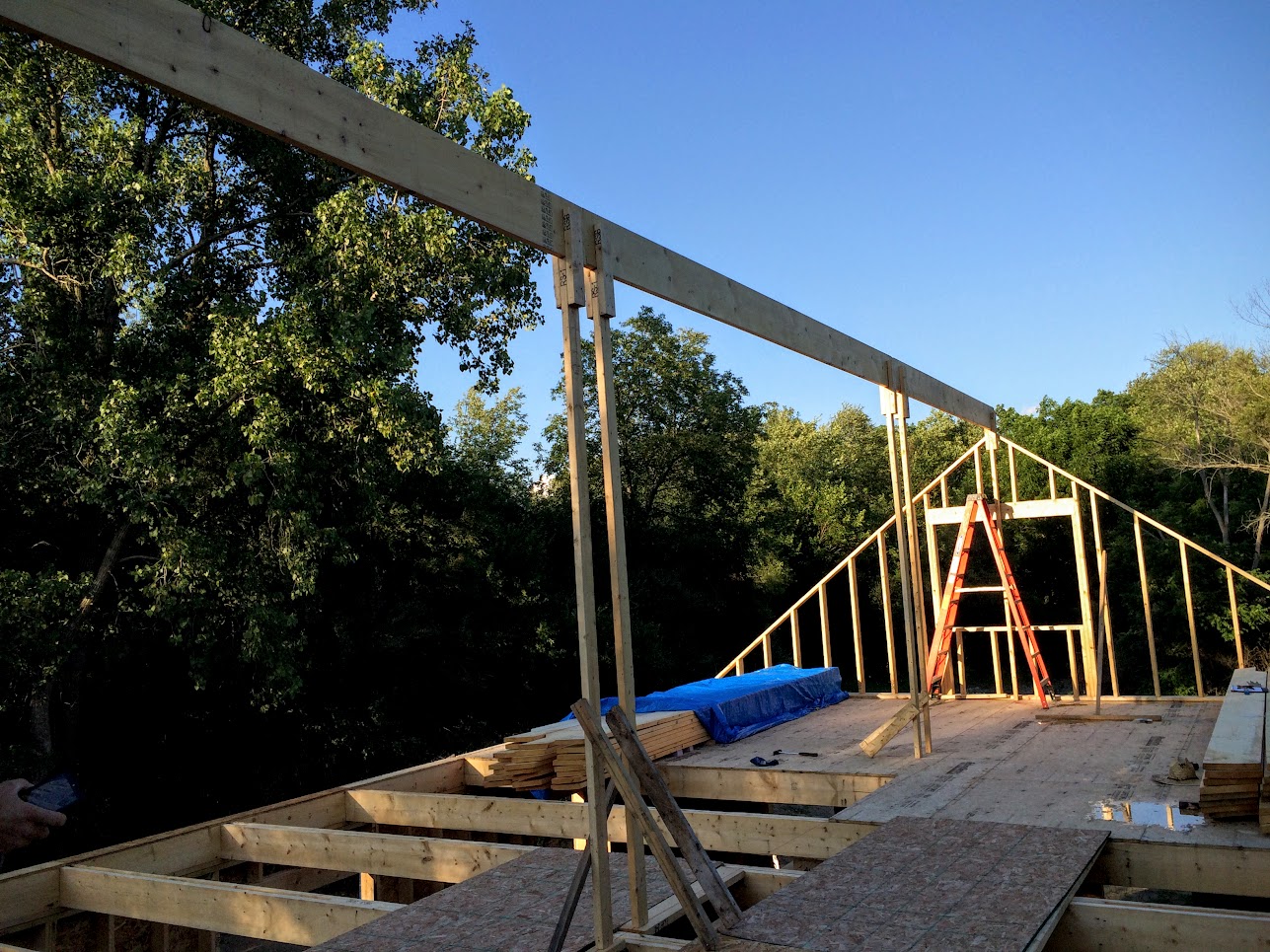 Despite the supports, we were nervous that the beam needed a little more stability. We had just enough time to put up two rafters on a seam to add some security before we left it. We are basically up on a big hill and so the wind can be a force all the way up there. 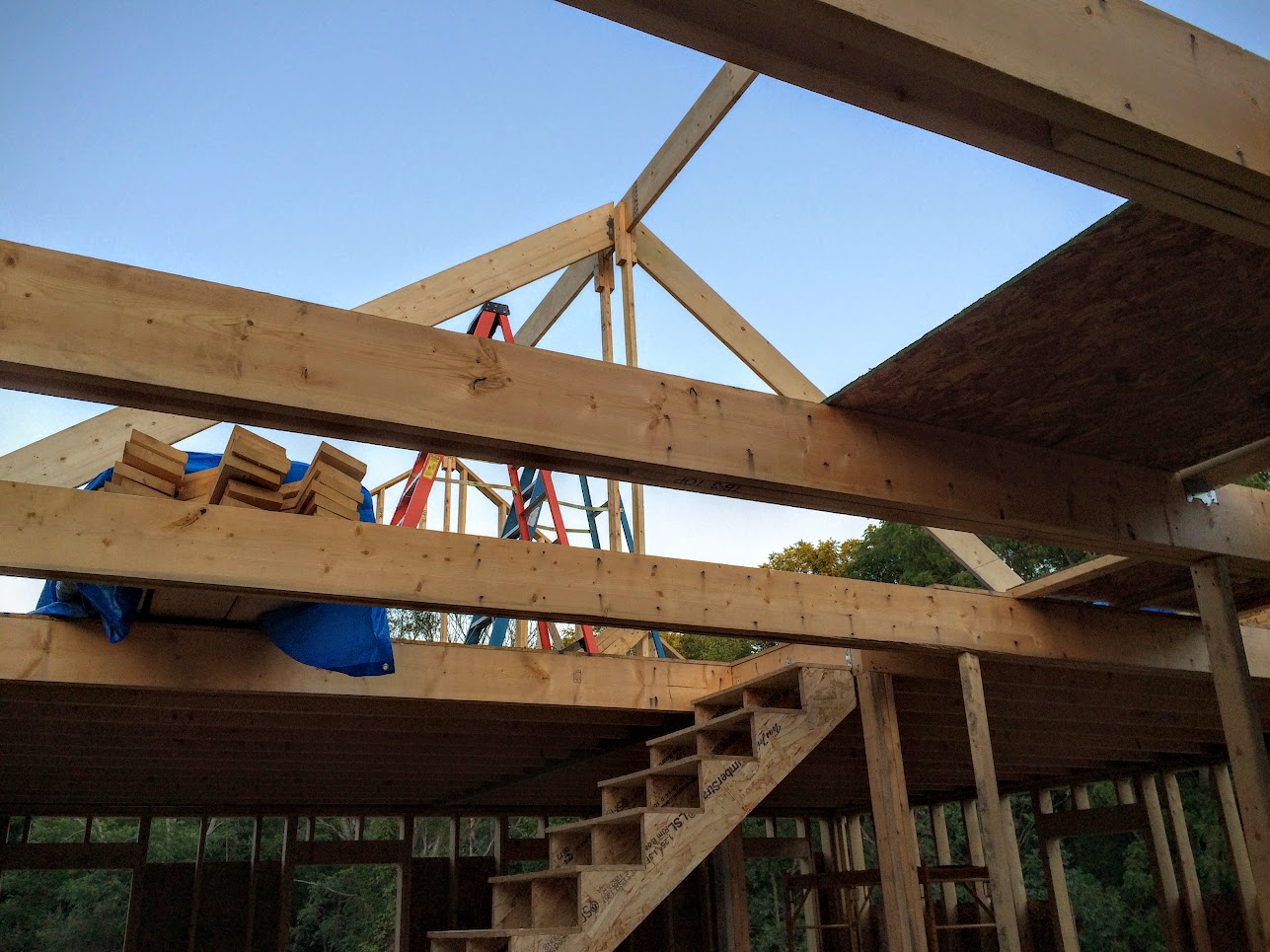 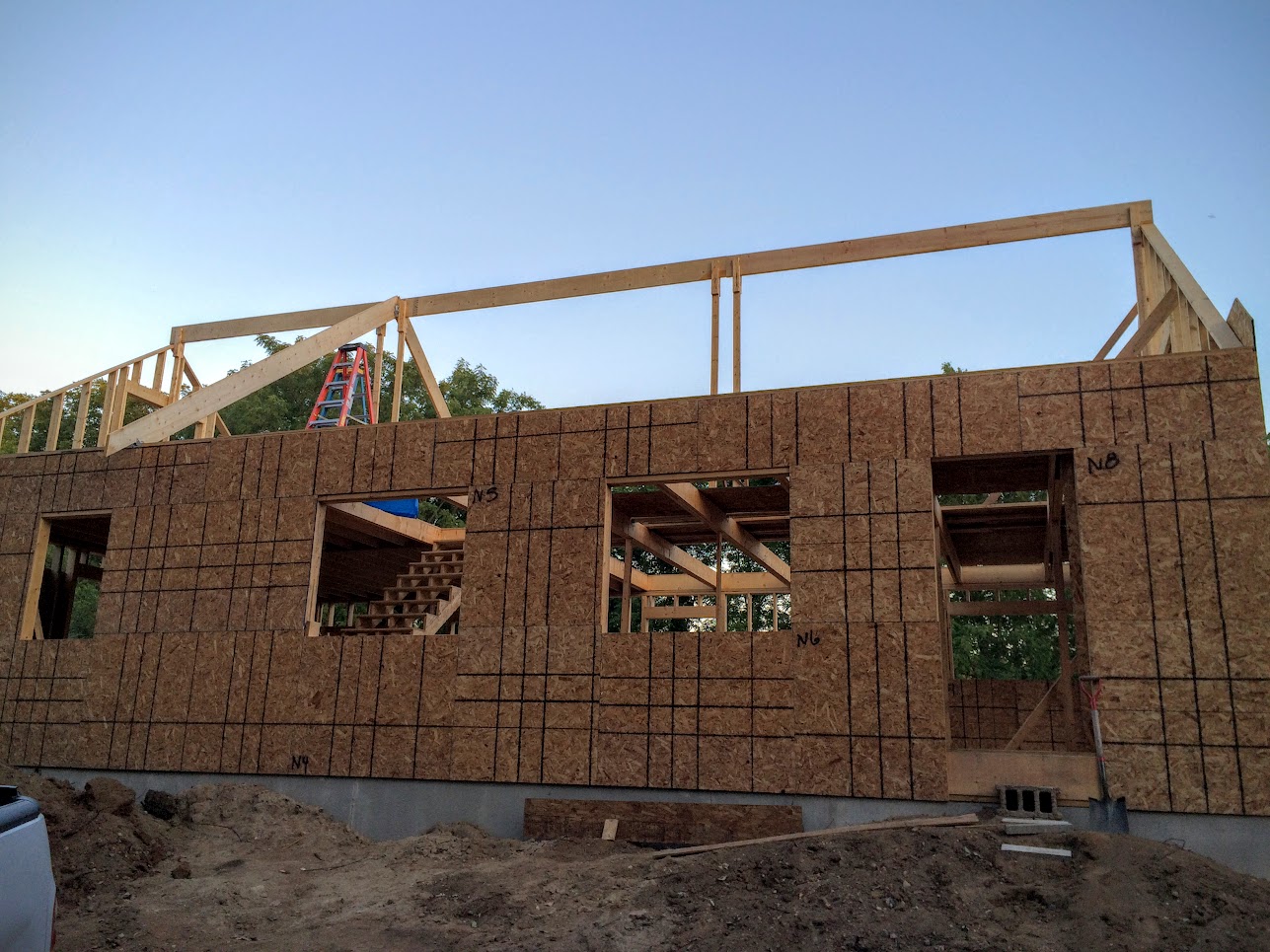 Friday we worked and took time off of the house project, but Saturday Jeff was back at it. I was set to go out and help him while Milton manned the market booth, but he volunteered to switch with me and go to the house site himself. Two other friends also showed up, so Jeff had a crew of four for the morning into the early afternoon! Amazing how many people have showed up to help. We love this community so much. 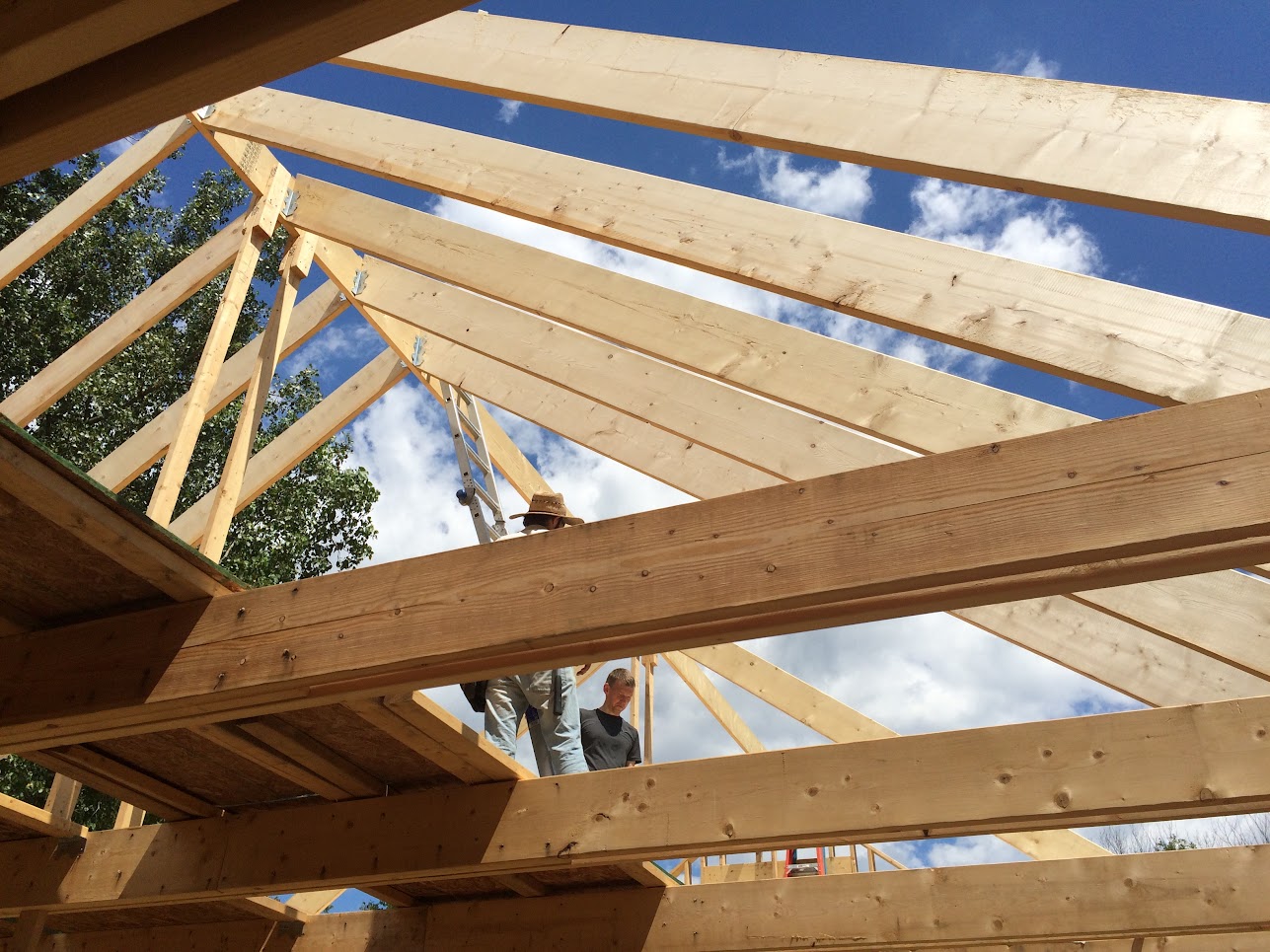 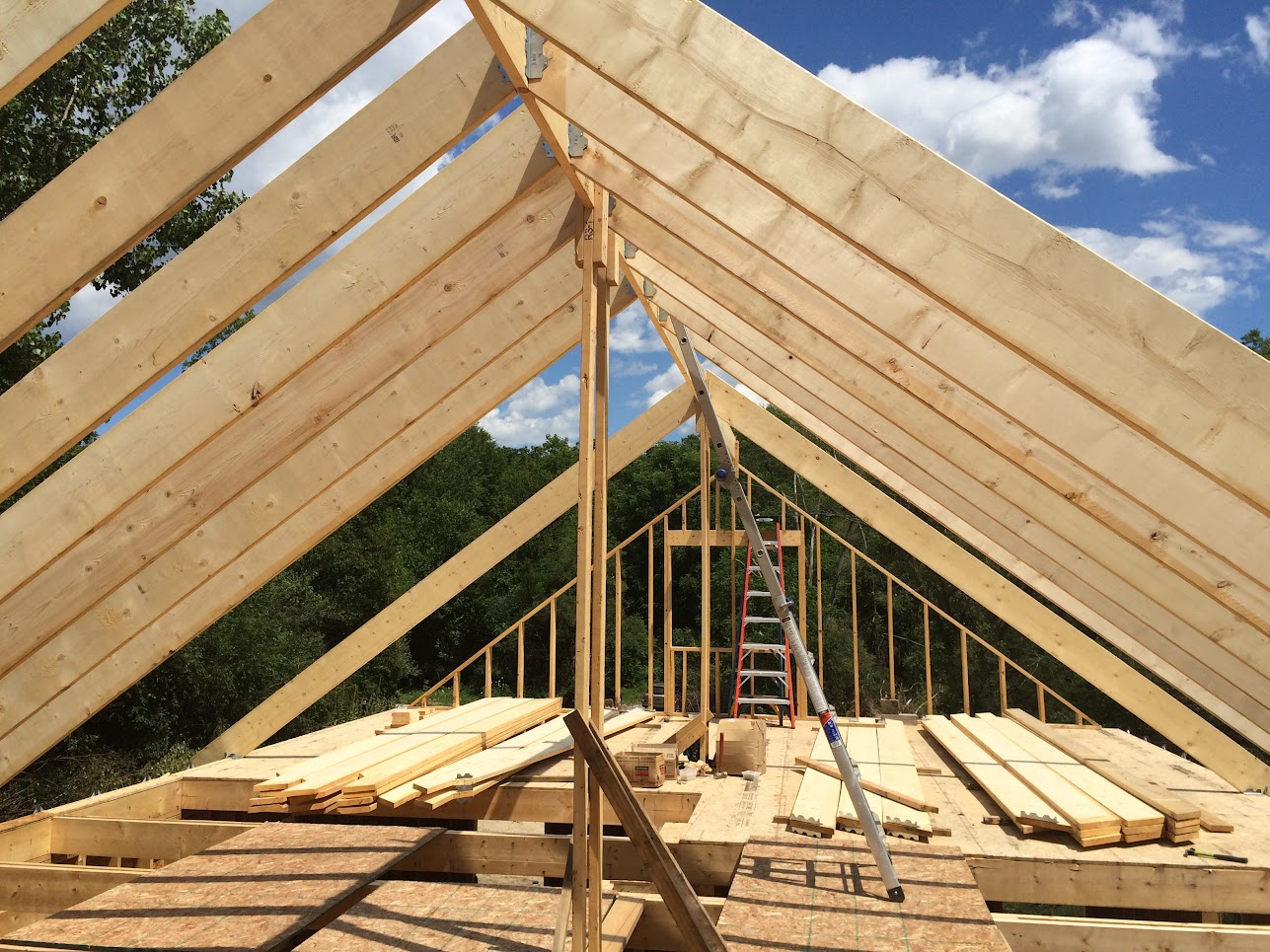 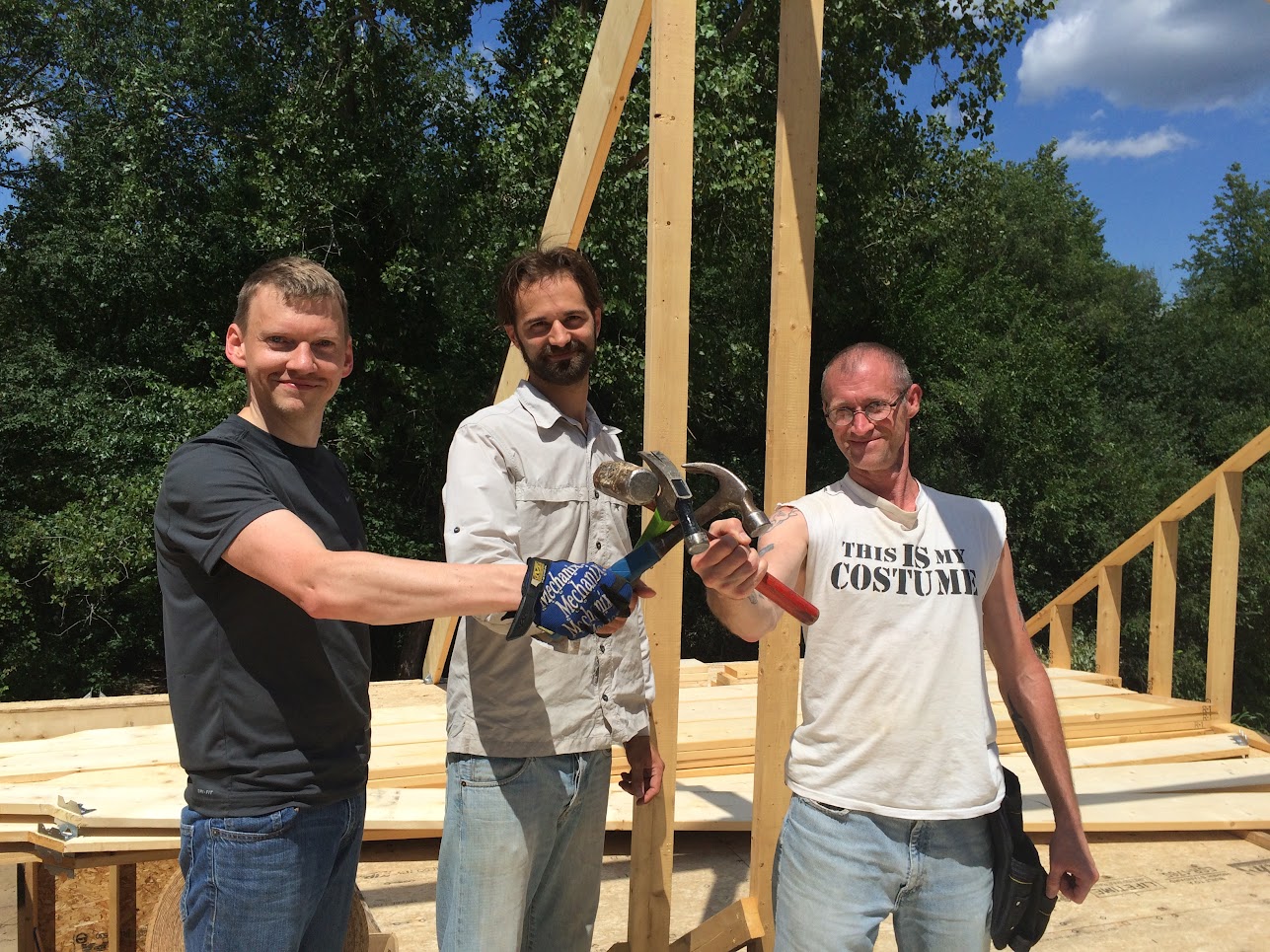 They got lots of rafters done. They did all the ones over the open living room, so I’m sure the extra help was really good and kept everyone safer. 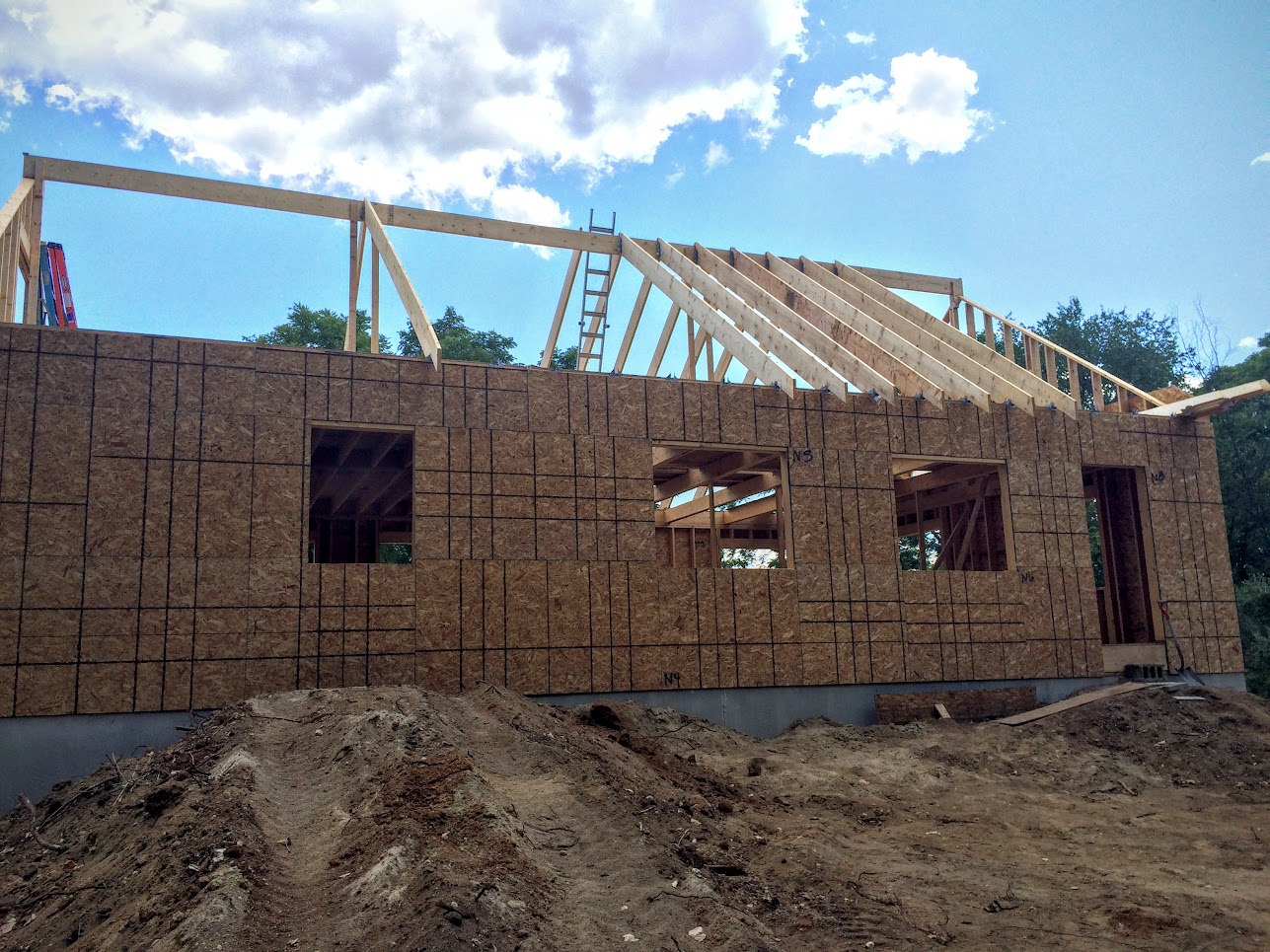 This thing is starting to really look like a house!!! 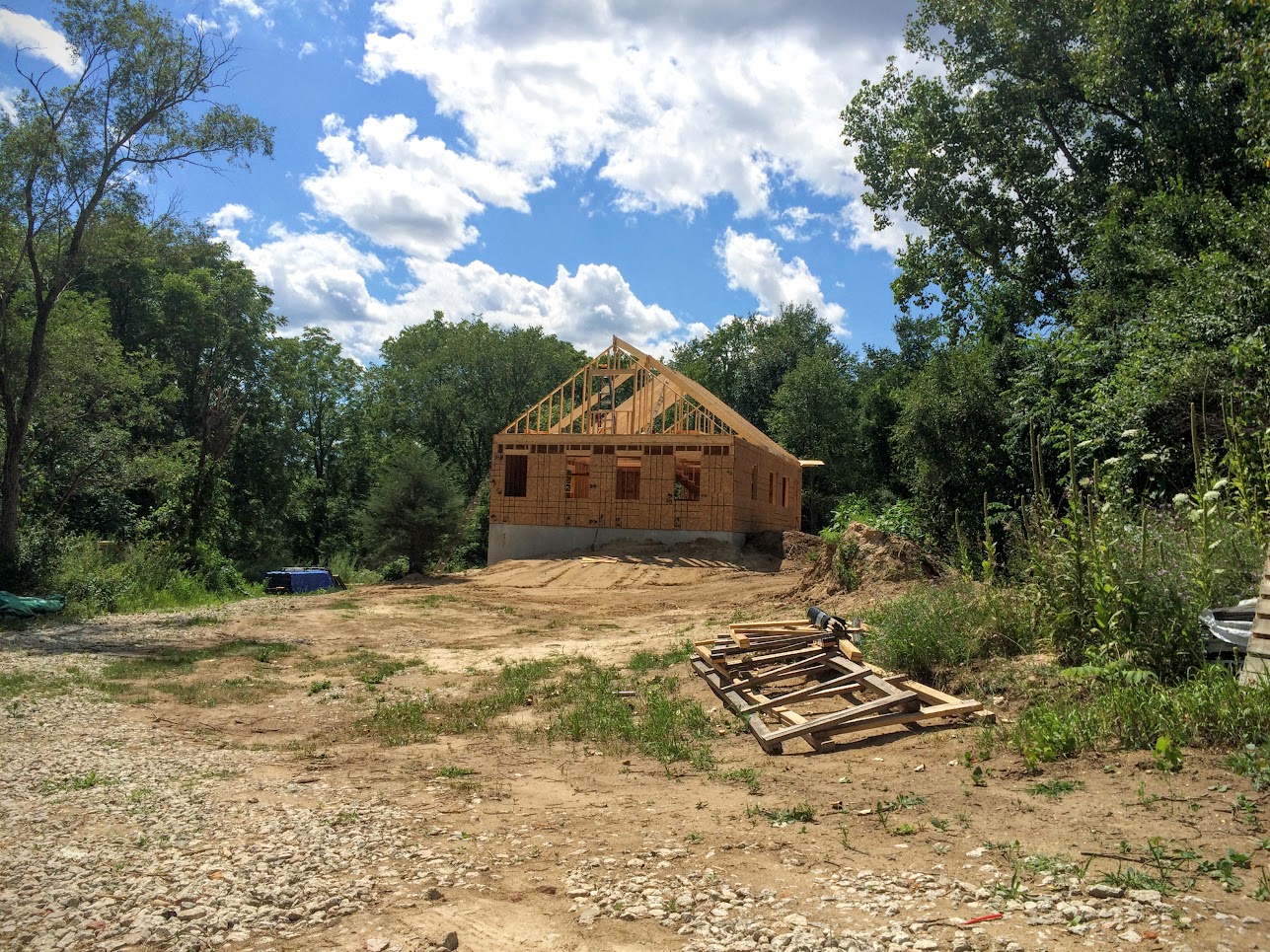 That day was packed. Saturday night we went out and had a fun little gathering to listen to Jeff’s band (new band, old friends) play. It was a fun time. 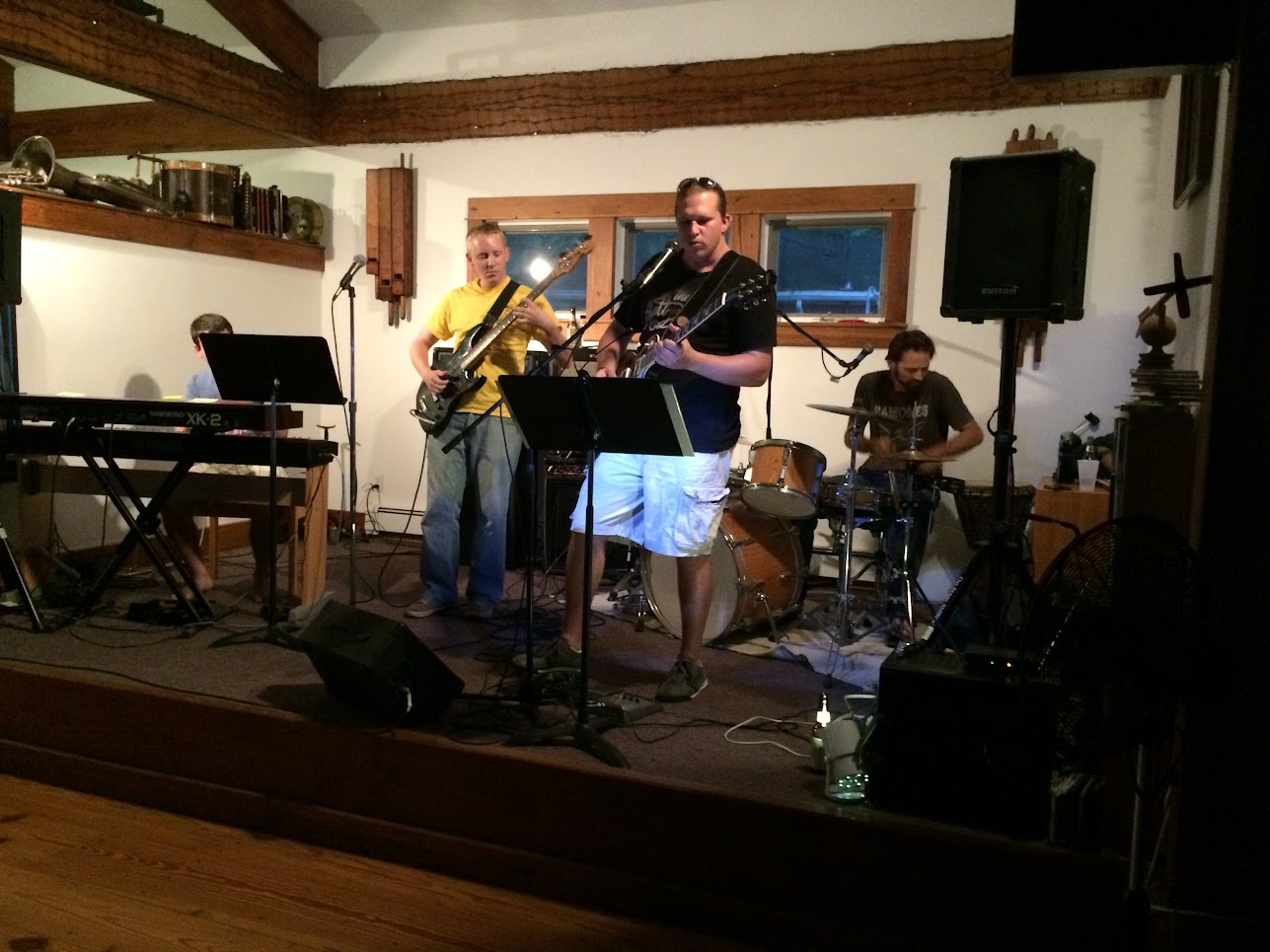 The band has been struggling with finding a name, so we women (the “Band Widows” as we are lovingly referred to) came up with a silly game for the party. People could throw various words into the respective cups and we would draw them at random to create a name. I wish I remembered what we came up with! They were ridiculous and the boys were good sports. No band name yet, but Vera did shyly suggest the name “The Monster 4”. She said “You know, because there are four of them. And then because monsters are cool.” Not bad, kiddo… not bad. 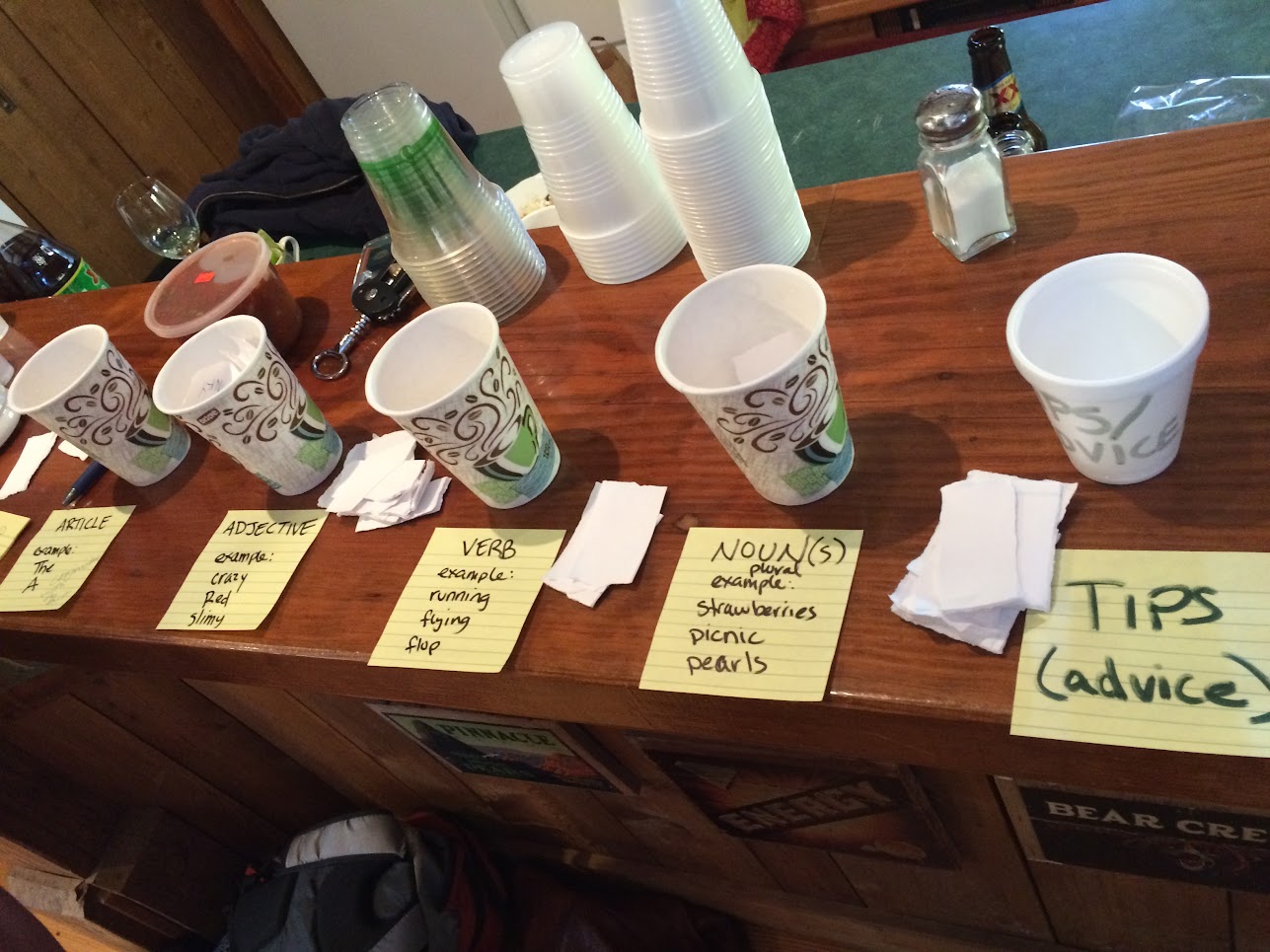 It ended up being kind of a late night for the kids, as evidenced by the photo below: 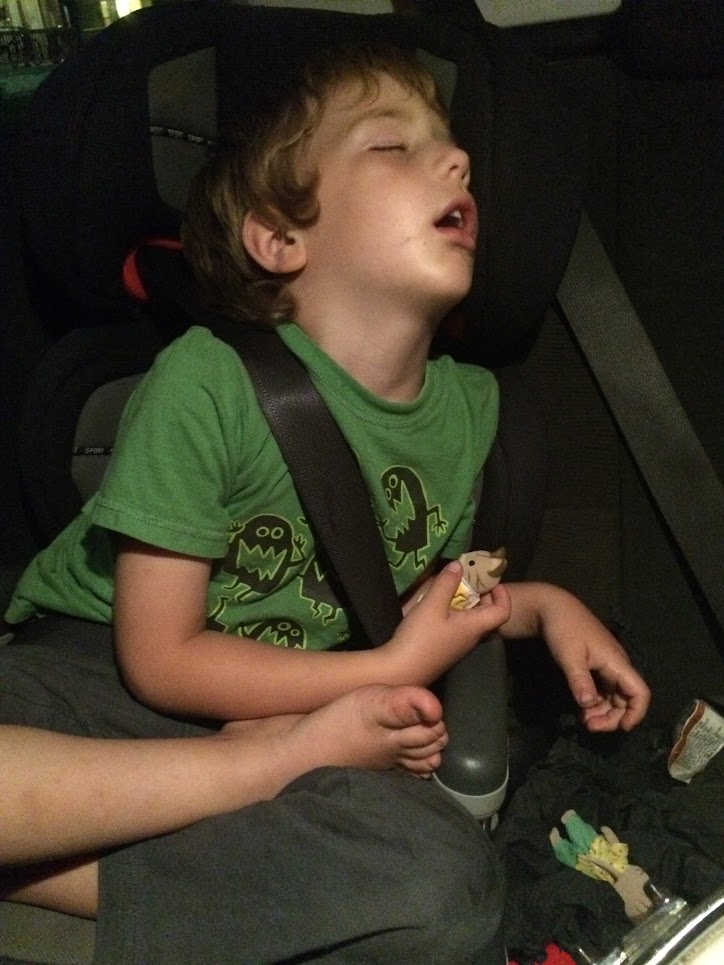 The next day Jeff was back at it, and a few more friends showed up to help him throughout the day! I was largely occupied with kids/farm stuff, and we had a family dinner to celebrate my little nephew Malcolm on his first birthday. 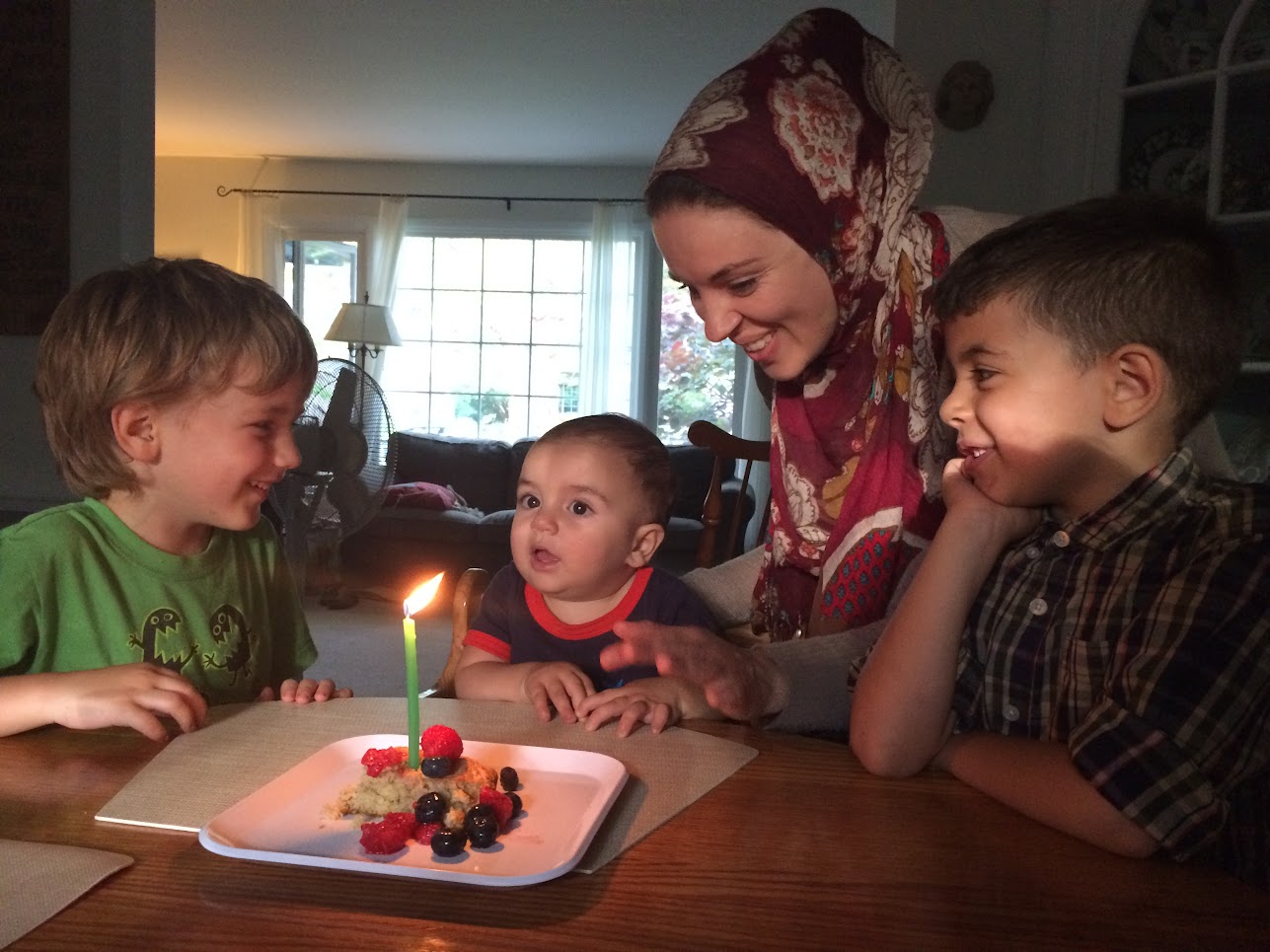 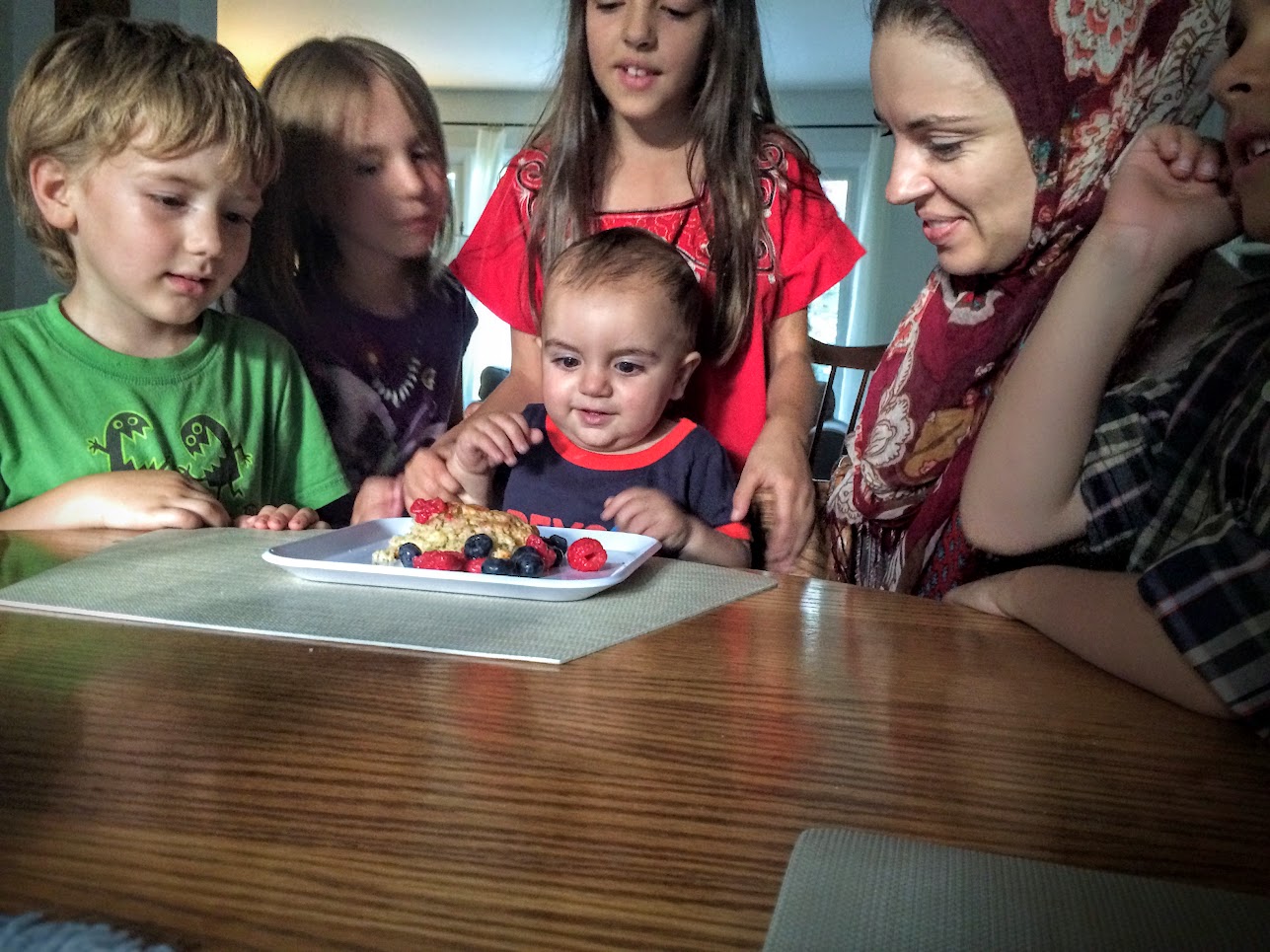 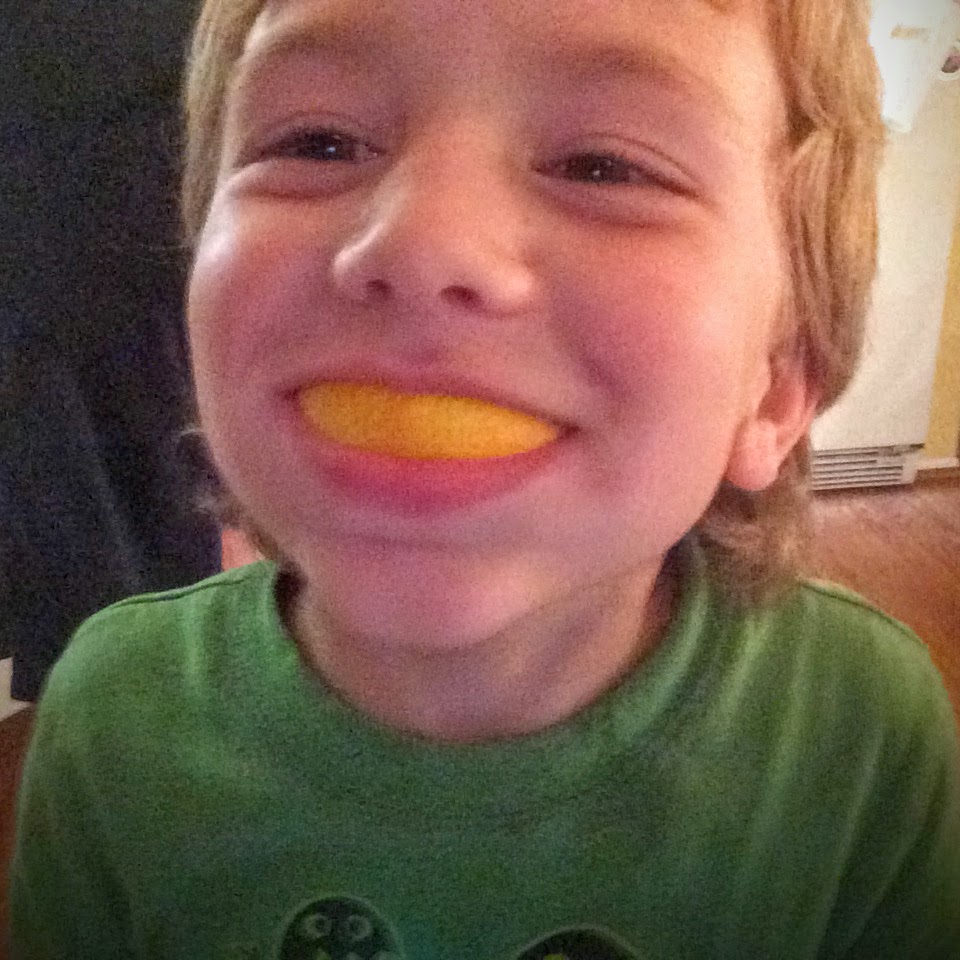 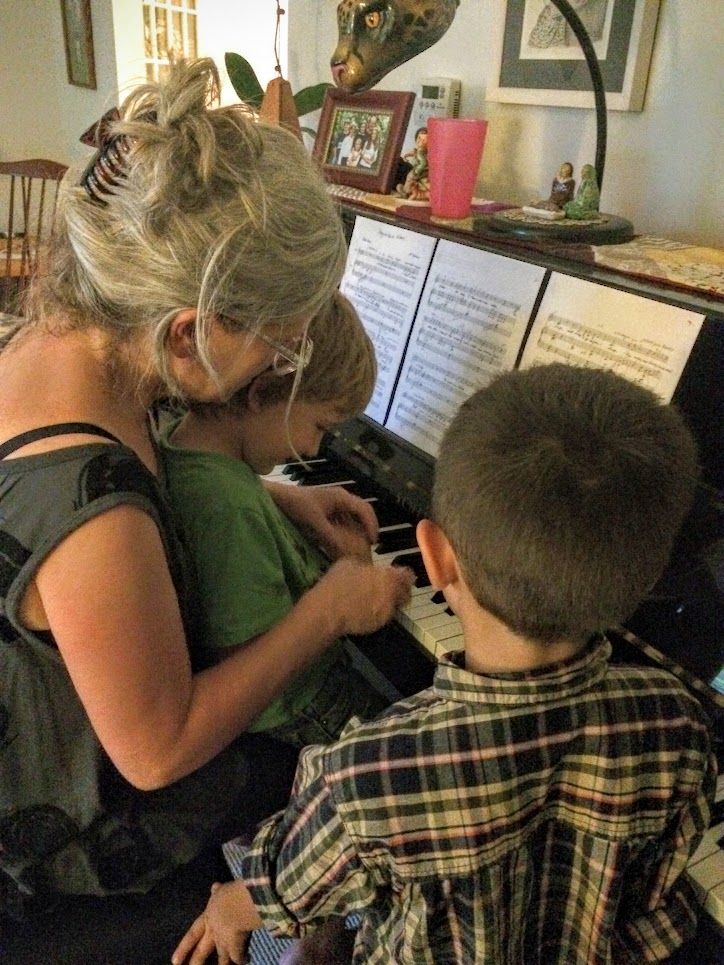 It was a nice party and we were sorry Jeff had to miss it. However, he’s so IN the project right now that I don’t think he’d have had any fun if he came. Below are the photos from that day of work.

All the rafters are up! 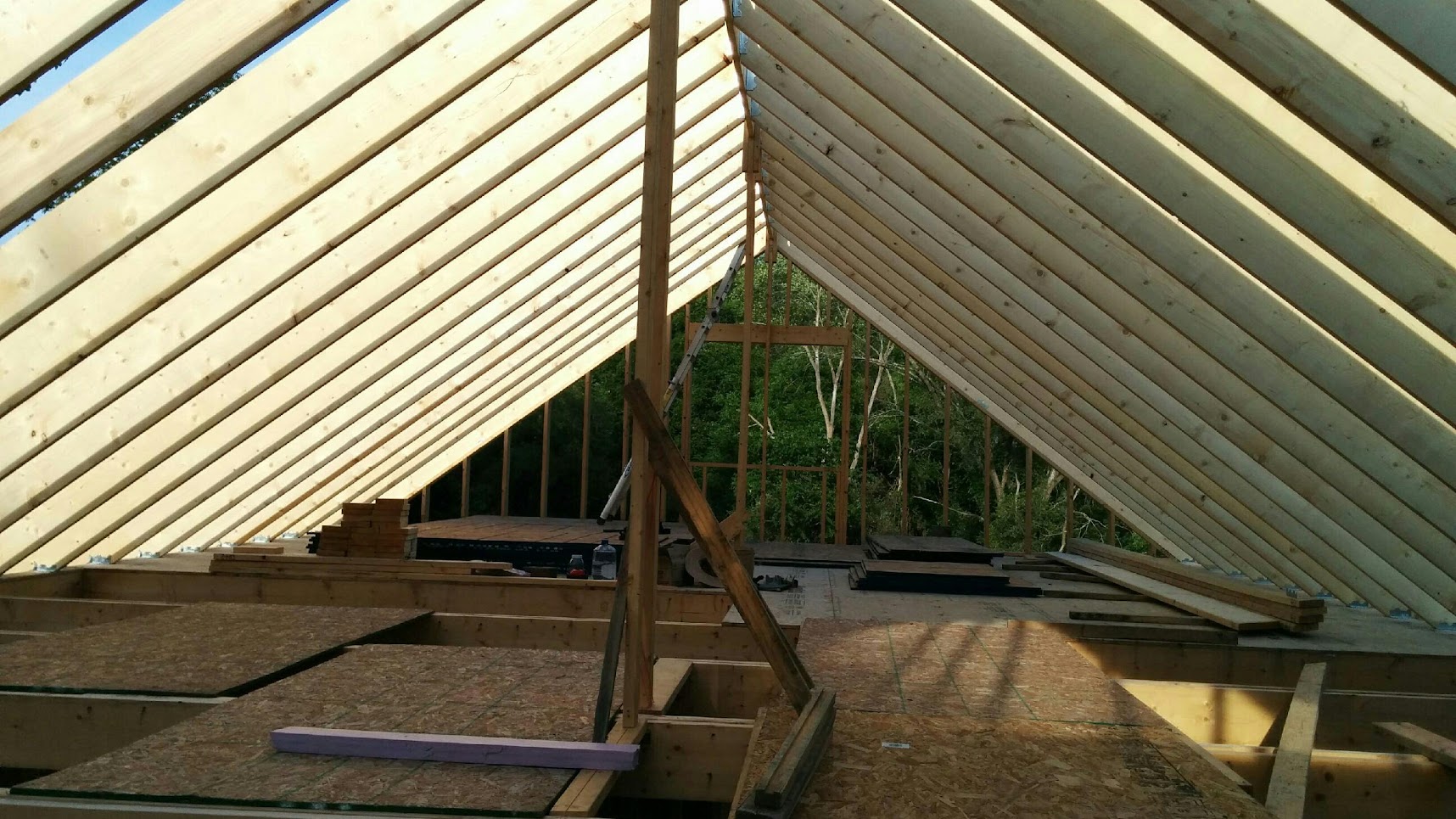 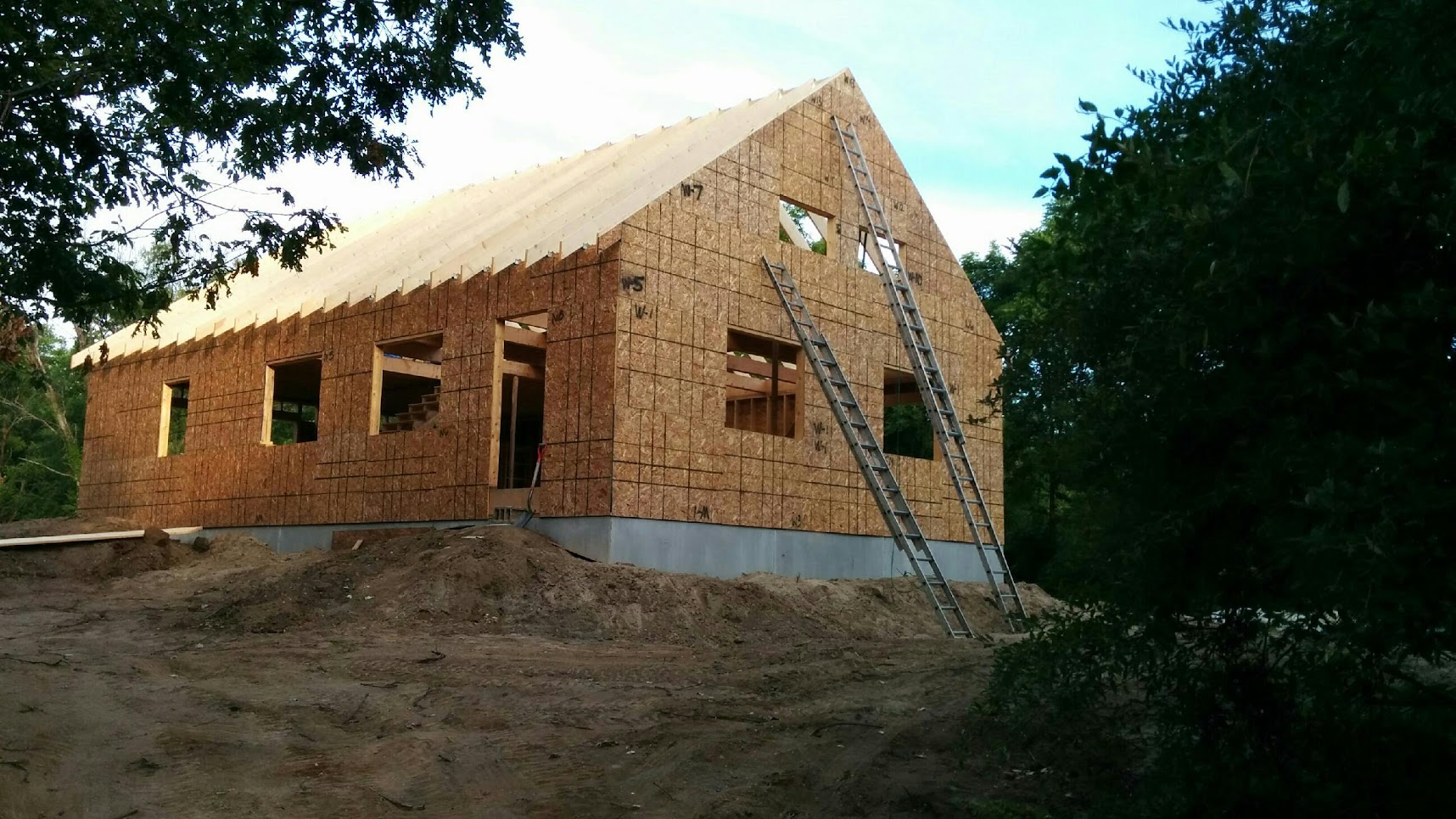 The ridge beam looked a little bowed to us from this perspective, but Jeff got up there and found it all to be level. Whew! I knew that the design and build of a house was a feat of engineering, but until I actually got inside of the project I didn’t actually know. Getting up to the rafters made us realize how much every piece relies on every other, how each layer adds more sense and stability to the structure. 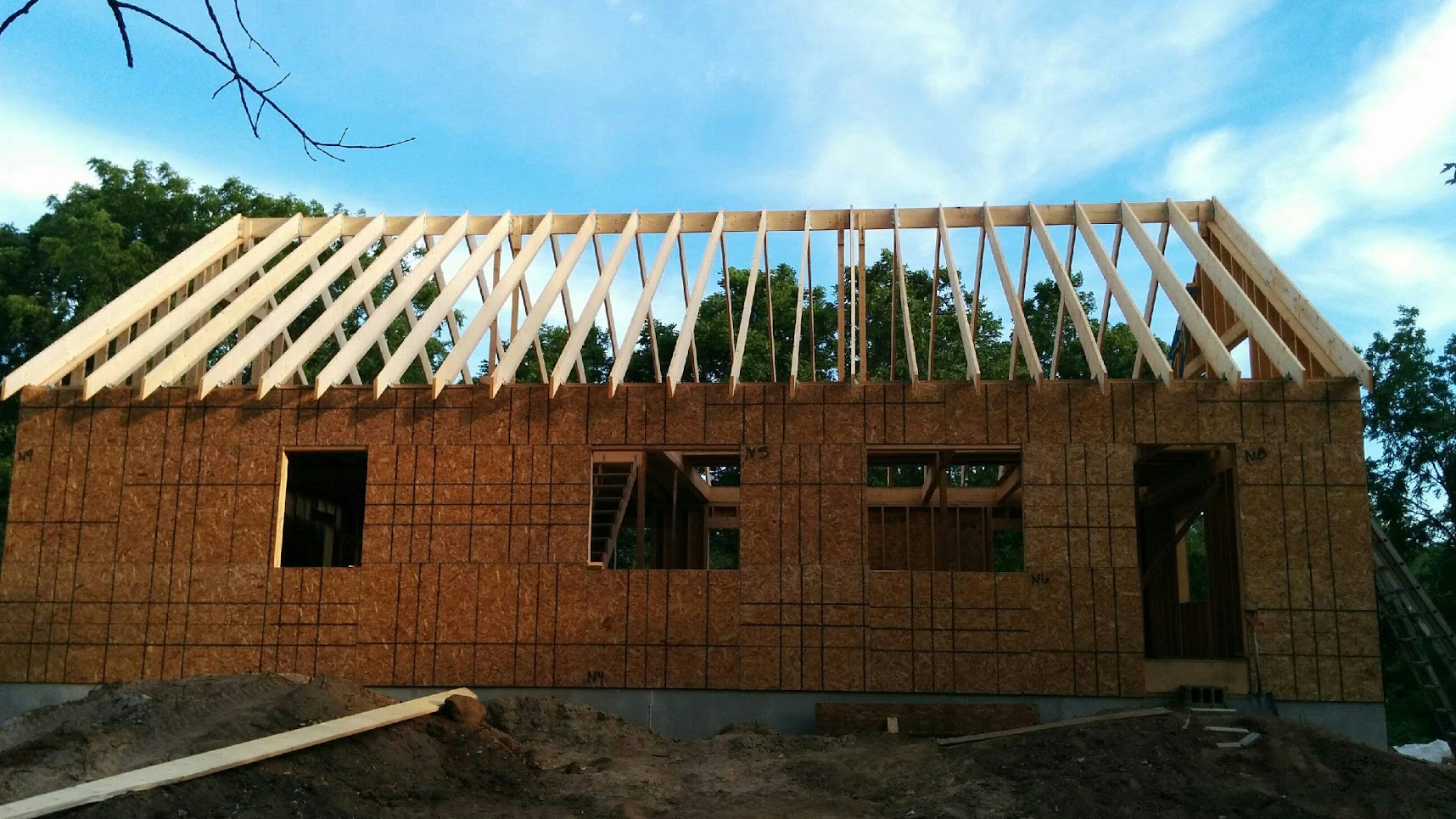 Lindsay’s brother was here visiting for a couple of days and he was asking me about the house project. He said something like “So do you guys have experience/know how to build a house?” I laughed and said, totally genuinely, “No! You don’t have to know how to do it to just do it.” That brief conversation has been echoing in my head ever since, because of everything it represents to me. I realized how much of that is true in our life. We didn’t feel like we had to be classically “ready” for much in our lives for us to feel like we should do it. It’s that whole “outside-in” versus “inside-out” philosophy I was talking about a couple of posts back. I’ve always been really naturally an “unschooler” and Jeff is too. We just kind of dig in, remedying as we go, slowing down as we need to, assessing and reassessing and rolling with it all. It feels right, it always has. So it might seem strange to build a house with your own hands without some expert giving you the go-ahead and proclaiming us “ready”, but this version all makes sense to me… for us, anyway.  I suppose getting married so young and just looking at all the big life events make me sigh and think about this quality and what it’s given way to. Not everything has been easy or right, but it’s all come together cumulatively to produce our life today, and I can’t help but feel intensely grateful. We are growing in wisdom while still maintaining our idealism, and we are finding great adventure and endless spiritual opportunities in spite of our deep desire to be rooted and dedicate our lives to this single spot on the earth. 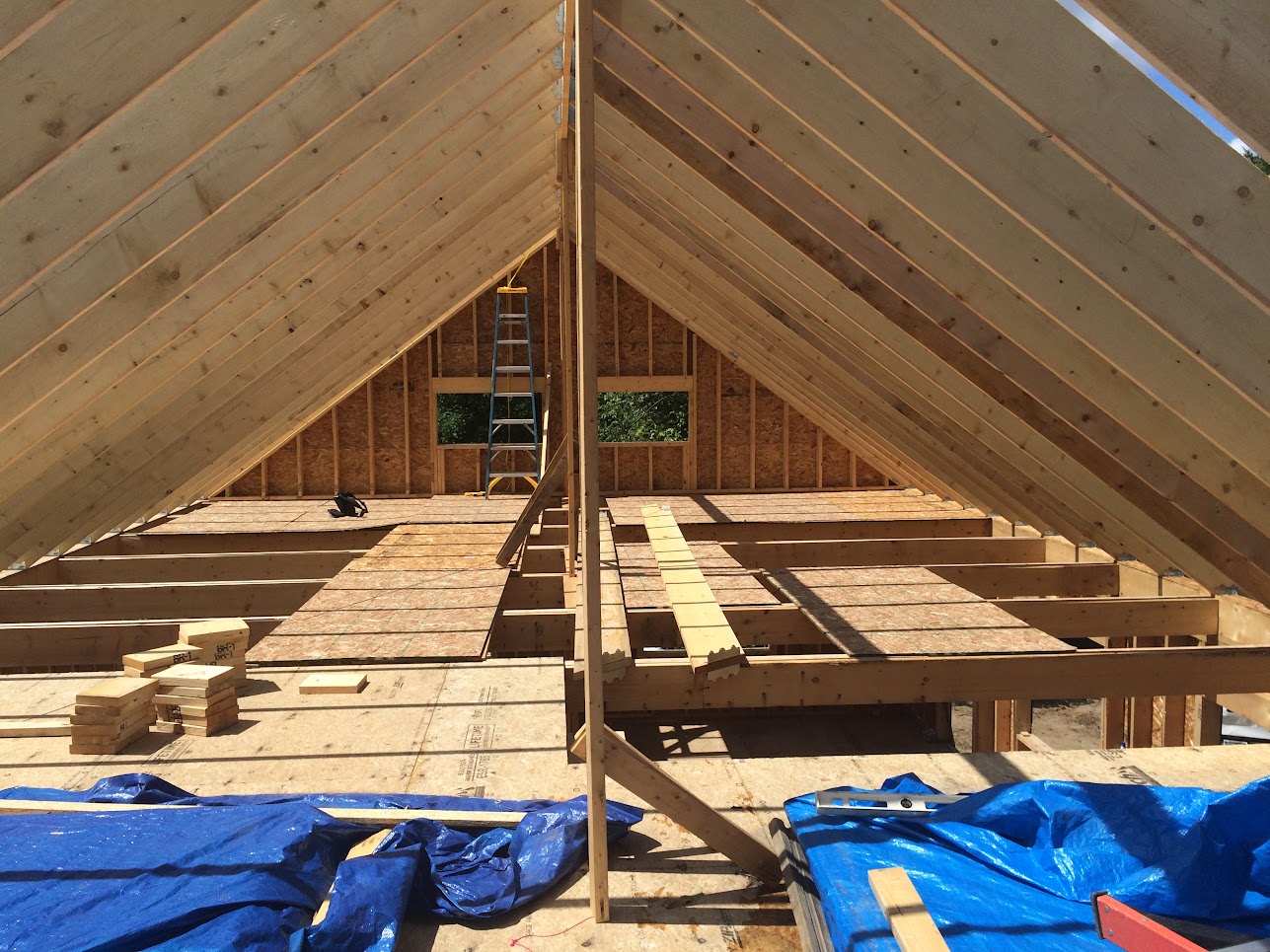 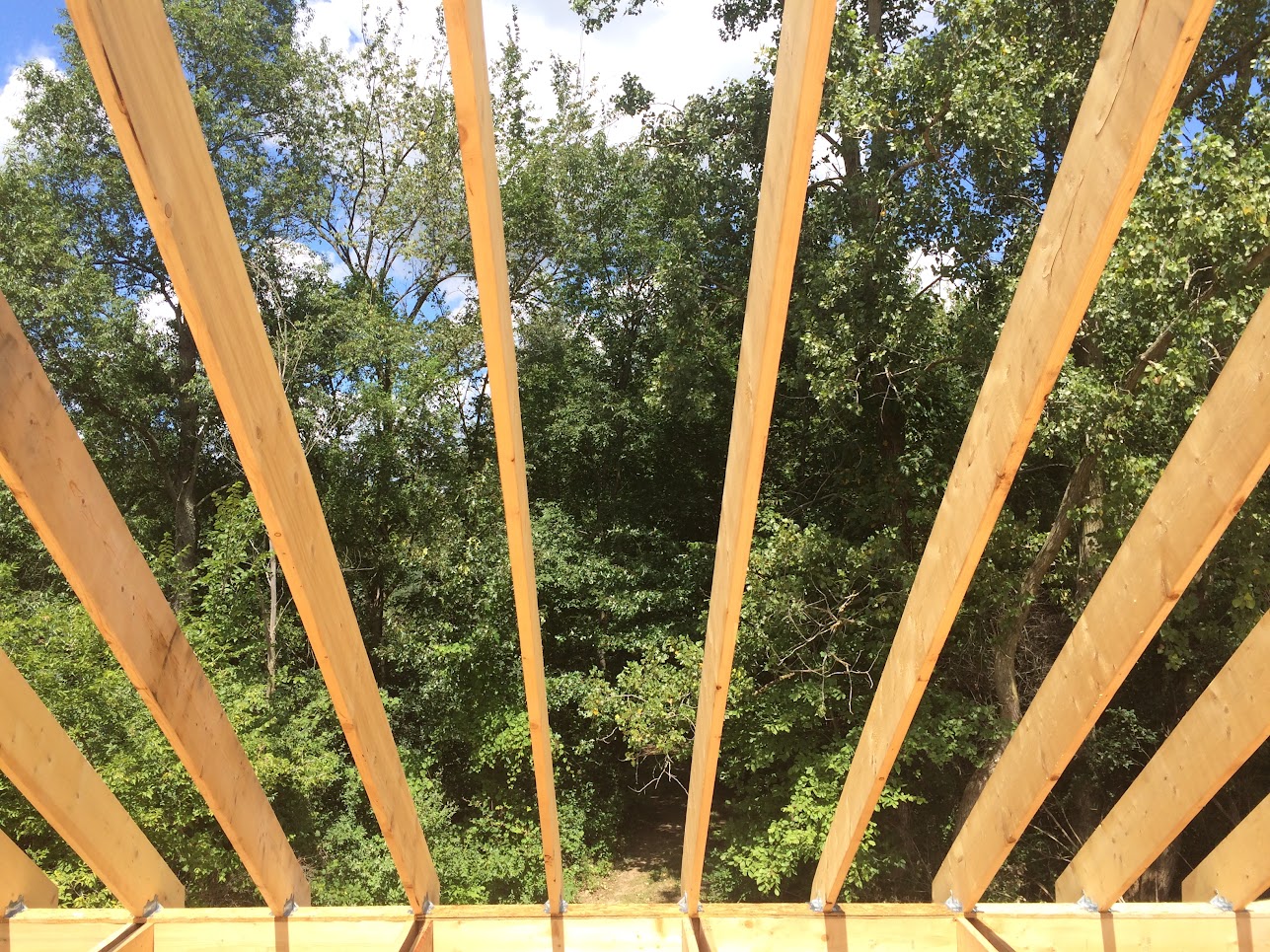 I’m really beginning to love this house. Each time I go out there with a meal or just to check in on Jeff, I feel it. 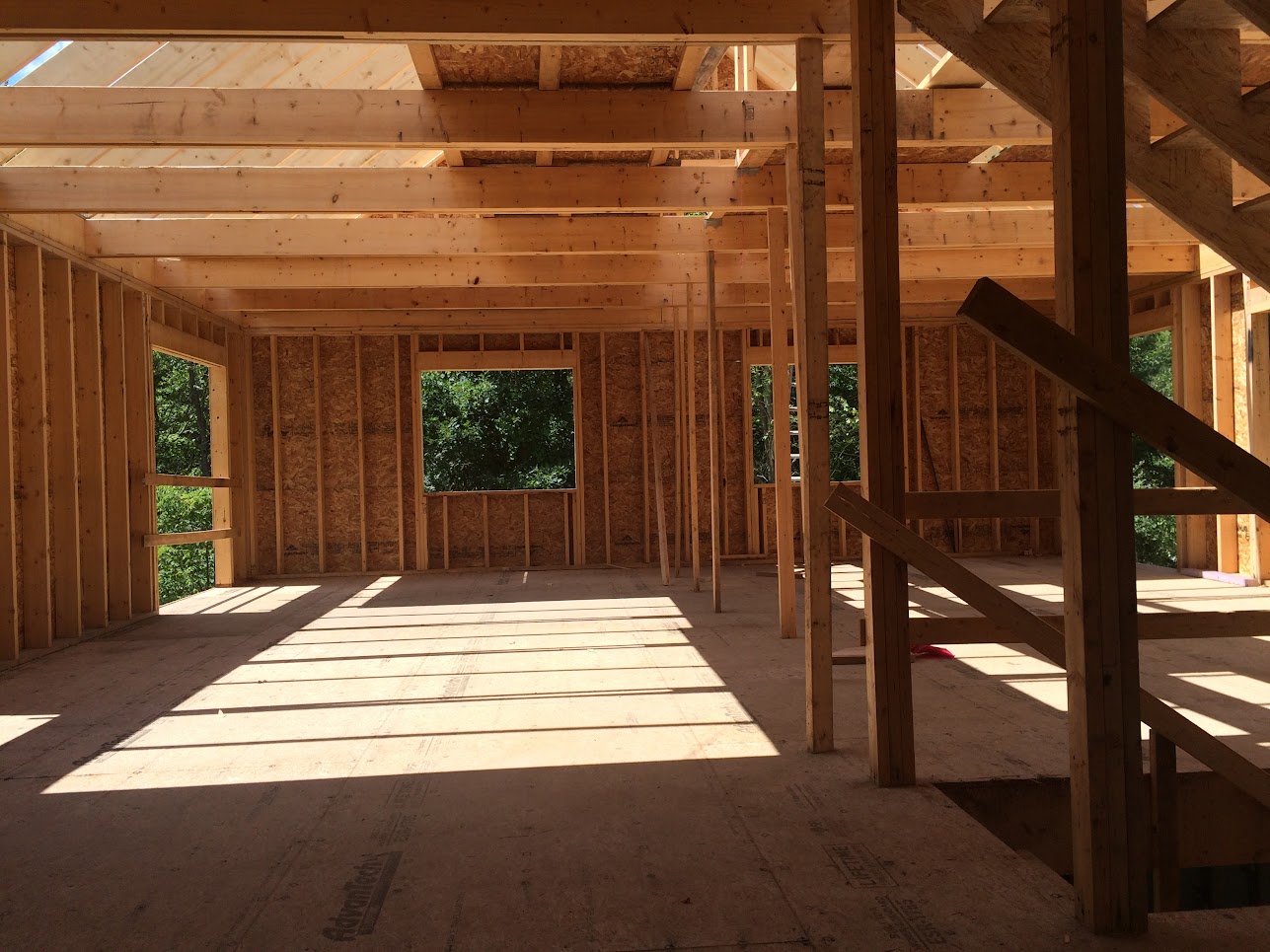 Jeff and our friend Alex finished the sheathing on the east gable on Wednesday evening. 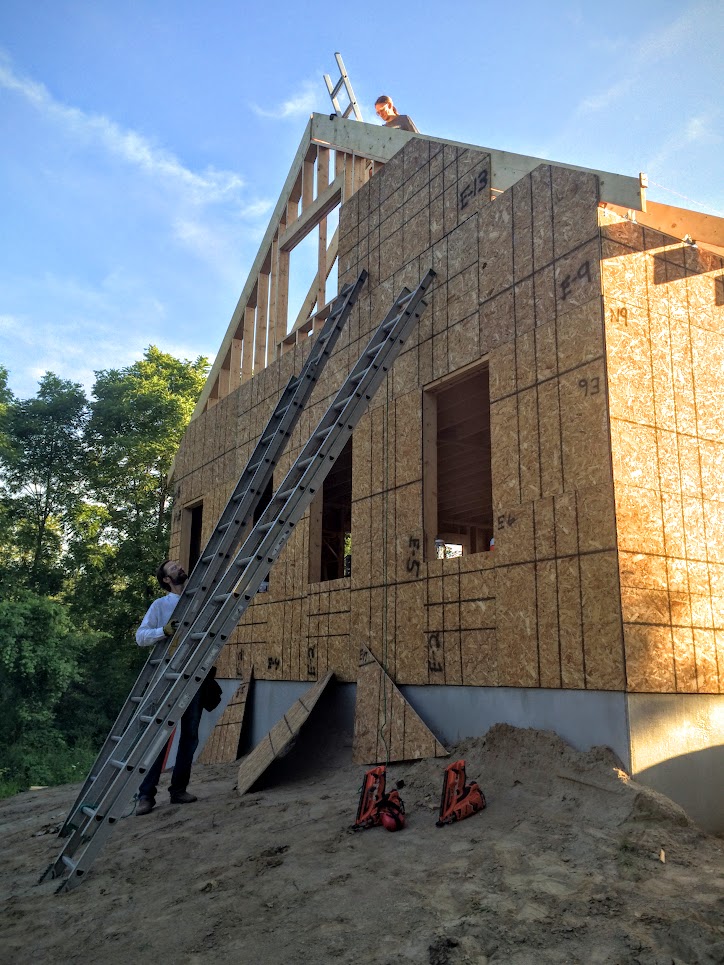 We’ll be back at it this weekend, and I’ll try to update a little more frequently so these posts aren’t so long. I also have farm/food/kid/philosophical stuff to write about, but I’ll save it for this weekend if I get a chance. 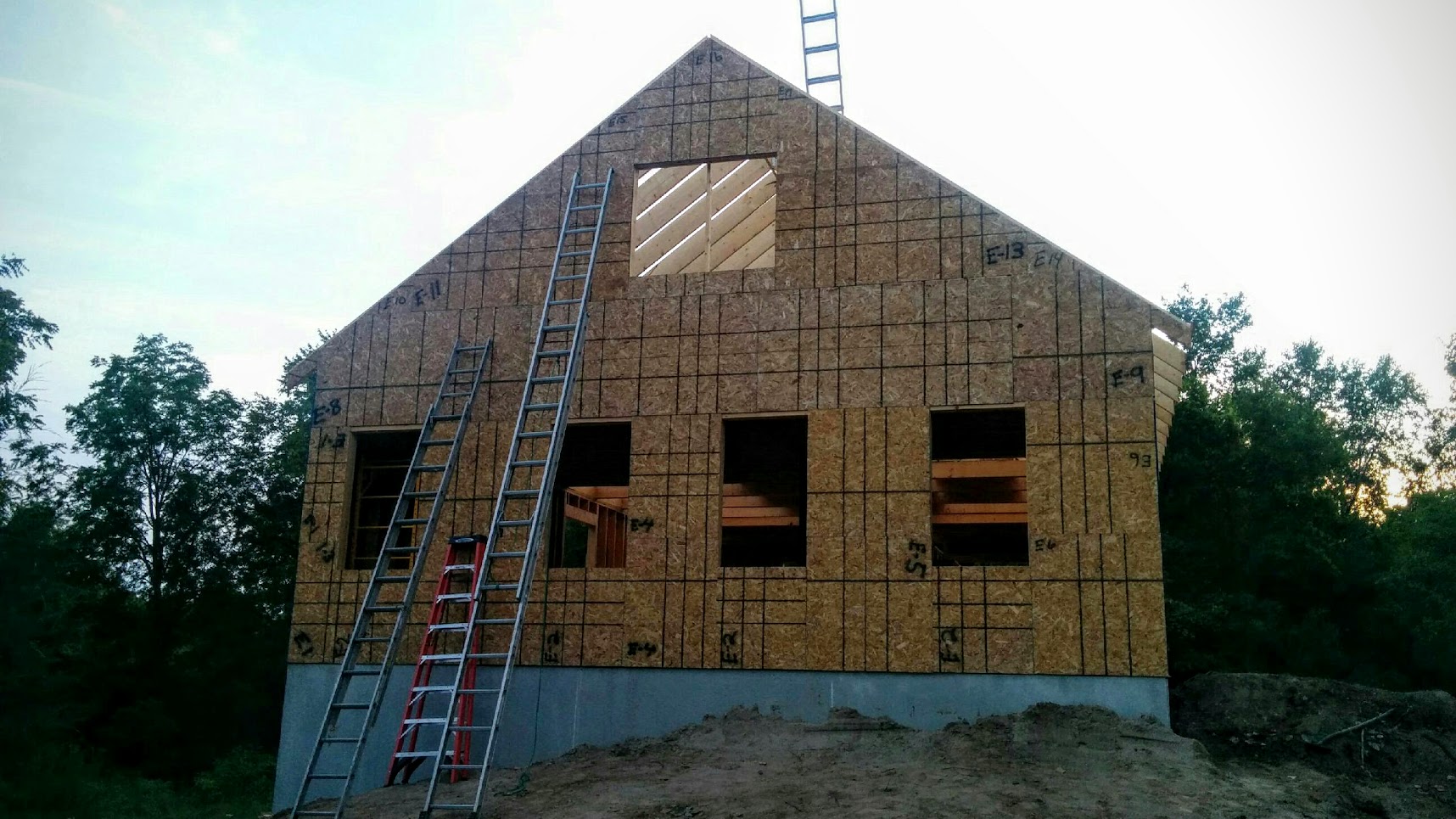