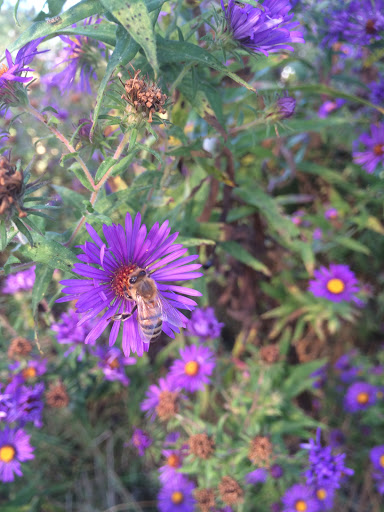 I’m forcing myself to take a “day off” on Wednesdays. I put that in quotes because, well, “off”? It’s still not really a concrete concept to me right now. I’ve been planning to do this for a long time, but every Wednesday I find ways to fill it up. I realized I’ll have to treat it as sacred if I’m going to pull it off. Obviously I always still need to do what needs doing, but there is a lot of extraneous stuff and obligations that I can just cut. And I need to. I need the respite, the time to plan and reset and feel at home. I need to think about what it is that *I need* to refill my tank. This whole busier-than-ever-building-a-house-and-all-the-other-stuff thing has taught me a lot about myself. I also have had time to see what being pulled from many directions does to me, and I had a little ah-ha moment the other day with my little guy Asa. 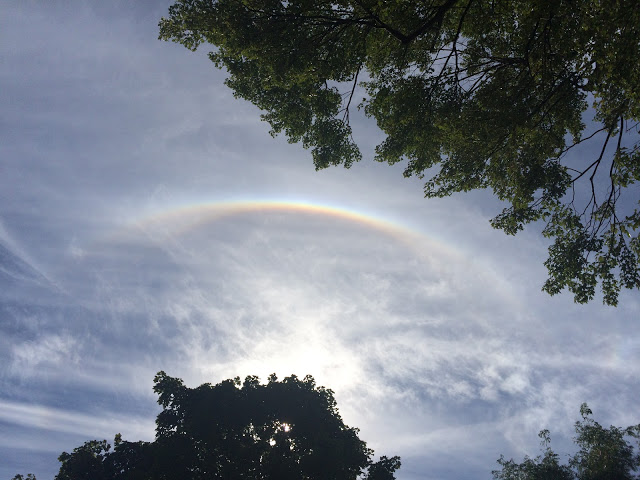 We were cooking, which is one thing that I’ve really tried to keep up on during this craziness. Good food is just too important to me, and in many ways it’s the whole reason we are in this mess to begin with! Anyway, Asa was helping me and suddenly turned to me and with a dismayed look on his face he said “MAMA. You always fowget youw apwon. WEAW youw APWON!” I giggled and obliged him, and tied my late-grandmother’s apron around me. It hit me then. The simple act of putting on an apron while I cook- to protect my clothes, to have something to wipe my hands on and ease the job a little- was actually a tiny act of self-love and a way of honoring my role in this life. 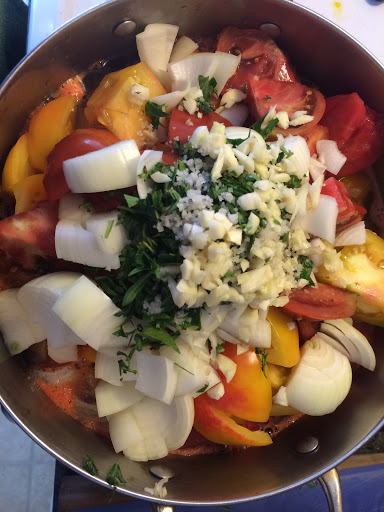 That might seem silly, but it hit me like a ton of bricks in this moment. I neglect these little opportunities all the time, fairly subconsciously. Like, sometimes when I’m overloaded I’ll fold and put away everyone else’s laundry *but mine*. I’ll either leave it in the basket or stuff it in my drawers unfolded. I haven’t quite dissected what this all means, but I know it’s quirky and evidence of my energy level and capacity. Or like, I’ll pack everyone’s lunches and make sure they have breakfast and then leave for work with not a thing packed for myself. Where is my own friendship to myself? My service to my service? I realized that these small things, they make a difference- if only symbolically, but I suspect in concrete practical ways as well. What is the cumulative effect of a lifetime of apron-wearing self-love? What about loving myself through 5 minutes of yoga each day? What could that mean to my body and mind in 30 years? What could a dedication to small acts of self-love mean to both me and the people I love over a lifetime? 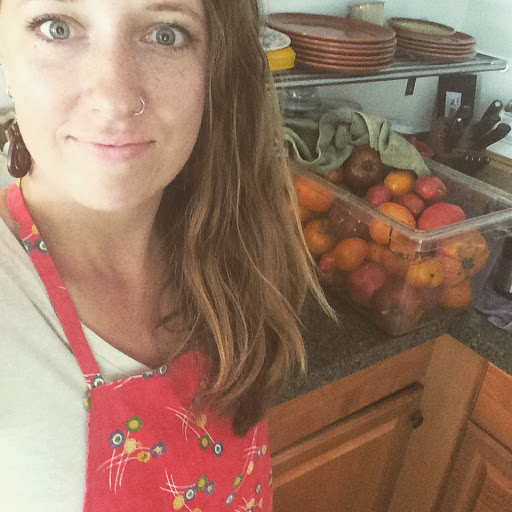 I’m nearing the end of the book “Hannah Coulter”. I’m a slow reader these days, although not by choice. We just have full hands and lots of interruptions that make keeping a train of thought difficult. But I continue to chip away at whatever it is I’m studying or reading. It’s nice, and I’m learning to forgive myself the lack of progress and just take it all as it comes. This book has been serious soul-food for me though- it reads like poetry, as evidenced by the little snippet I’ve included in the photo below. It’s themes are all surrounding stuff that I’ve felt deep within me for a long time but have struggled with because it’s counter to the culture or because it’s become undervalued over time. Living a simple good life, being connected to a few people and staying committed to them, working the land, the value of being your own boss and of not being the boss of anyone else, etc. It’s so good. 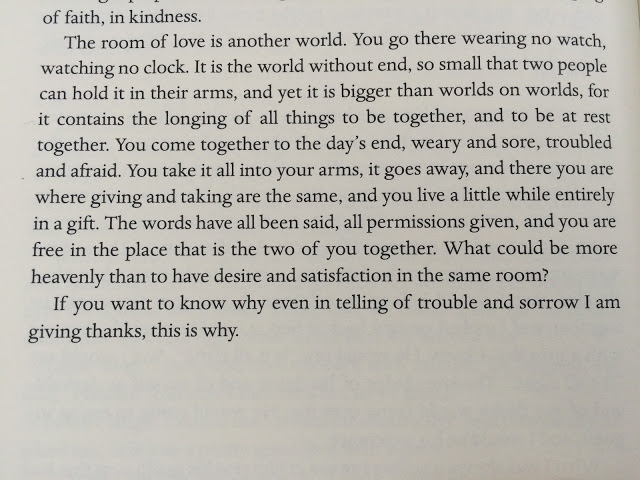 One of the concepts I’m particularly in love with is the idea that living a simple life, working hard, staying in one spot and making a home, loving the people in front of you and doing your best… that it can be enough. It’s an idea that rejects the assumption that we have to climb some intellectual or corporate ladder to make the best of our lives. It honors our animal in a way that I think we naturally honor other animals (would we ever require a dog or a chicken or a cow to be more than they are? To be better than one another?) but not humans. I love what humans can achieve in many ways, but I also see how linked “achievement” is to destructive capitalist earth-sucking practices. I see that much of the muscle behind it all is made out of oppression- so often the stuff that helps one person achieve and reach those personal heights is the very same stuff that might keep someone else from even managing the state of peace and “enough” in their own lives. It’s all connected. There is a constant message from this culture that says “Yes, you are here, but you aren’t enough until (fill in the blank)” What if being a person, walking on the earth, working and enjoying, being a friend, and simply being alive is enough? 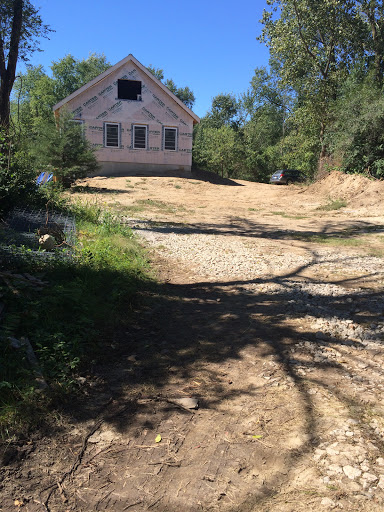 “Men used to build their own houses.” This is something Jeff has been saying lately to visitors of the house site, and I find it to be so beautiful and wise. I so admire this person I call my partner. People come to see and they Ooh and Aah and praise his hard work, which of course makes him feel proud and happy. It’s deserved, too! But he’s also humble, and has thought a lot about the work he’s doing and how much easier it is for people these days than even 100 years ago. It’s a totally normal thing to do in the grand scheme, for a guy to build his own house. We need to remember that. Life is very different now, and that’s the lens we’re looking through so much of the time- not really reflective of what humans can or even should do. I think it’s helped Jeff’s resolve, too. If this work is so special and out of reach for a regular guy, then what business do we have trying it? It’s important for us to remember that this isn’t special. It’s important for us to feel like it’s something we can belong to, even if it’s hard, even if we struggle or don’t know. Men used to build their own houses. We build our own house. 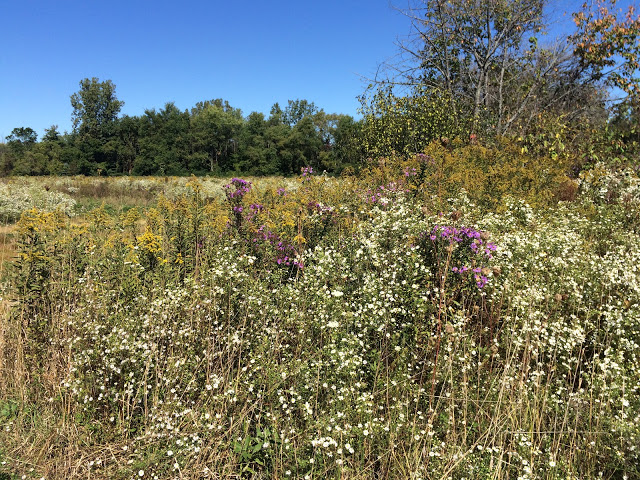 We talk a lot about the importance of de-glamorizing these things. Farming, building, etc., it’s all just the work of life. It’s become so rare these days- farming especially, going from around 90% of people living on farms to only ~2%. I love all the philosophical parallels that happen, because while Jeff tries to convey the normalcy of house-building, I’ve so related to him in my own work and how I talk about it to people. I’ve been talking to people at market and out on the farm about how I’m working to put myself out of a job. I get some funny looks at this, but I really believe that farming (and more specifically the work related to human sustenance) has no future being a specialty or business. I think everyone has to have their hands in it to get us to detach from the exploitative infrastructure that sustains the current system. In order for this work to go where it needs to go, it needs to graduate from trendy and novel to normal and expected. I had a social worker pipe up and say that they knew exactly what I meant by that. They work in a similar capacity, knowing that their job is valuable and needed for now, but that the world they want realized is one where the void they fill is no longer there.

I have a tattoo of a daisy on my leg. I got it when I was 17 and kind of a wild child, but I digress. It’s based on a scene in Harold and Maude that really spoke to me back then (plus I just went through a really serious Cat Stevens phase). It spoke to the parts of myself that loved to be quiet, supportive, just me in a family of loud-and-in-charge types. I didn’t ever like to be the center of attention, but I very much wanted to feel valued and like I belonged. Not much has changed for me in that regard. I saw the scene above when I was a teenager and something clicked and was validated. Could being *just me* be enough? Could a simple life being only myself, nothing more or less, living on the earth, make me exactly as I should be? It was like the moment when Asa scolded me for not wearing my apron while I stew tomatoes. Just love yourself in all you do, as you are.