I haven’t talked much about my healing from my brain injury 2.5 years ago, but I’d like to make a dedicated post at some point. I continue to learn through my healing, but I wanted to touch on one concept today. Every time I go into my doc’s office (an alternative approach, chiropractic/neurology) I get on a little round balance board. It’s a very difficult little board and I wobble from side to side, maybe holding balance for a second or two, only to fall back out and wobble helplessly for the majority of the exercise. I grow tired and my feet protest, but I don’t complain and they don’t seem phased or think I should be doing better. I even asked the doc once to hop on the board and he looked just like me, wobbling around like crazy. It was reassuring. I carry that frustrating experience into a lot of my life now, seeing how true it has been for my healing but also for life in general. It’s taught me that to be balanced is the *act* of balancing. So often I find myself getting caught up in a result, forgetting that the parts that create any whole are so often moving, active, supporting pieces- in need of constant readjustment and strength from their core. I would find myself wanting to rush things along, to just be better already. But life moves, our bodies change, one hurt gets healed but then muscles are left weakened and need strengthening… the work is so rarely finished. I think I’ve let go of the idea of arriving anywhere in particular. It’s directional. It seems to me to be more about movement and process, not some illusion of happy stagnation.

I’ve been trying to carry that meditation into all that we’re doing lately. I’m having trouble pulling things off in the specific ways I might envision, and I constantly seek that “balance” or the “finish” only to find myself wobbling from side to side. But when I think back to all those simple and strange exercises I did in the early days with my brain injury, I see how essential the fumblings were. It was all foundational work, building up my base to create ease later on. I see that in our life right now- all the awkward transitional stuff, all the endurance needed… there’s abundance in lots of unexpected places, and I often don’t even realize how much we are cultivating until it hits me in the face later on with a big harvest, be it tangible or otherwise. We are all healthy, we smile, we work hard. I don’t know I could ask for much more.

We’ve been making it out to the land a good amount, just like I had planned last year, and it’s making me happy. Jeff is working hard on evenings and weekends, and I’m playing the supportive role making sure everyone is fed and happy, fitting in my work where it makes sense, but otherwise letting it go. I realized that we could go the whole summer working till we’re blue in the face, but we’d suffer for it and miss each other. So things are plugging away, we are picnicking and playing. Meeting Jeff out there in the evening will keep everyone in touch, and I feel like sharing at least most of our meals is a big part of our family culture. 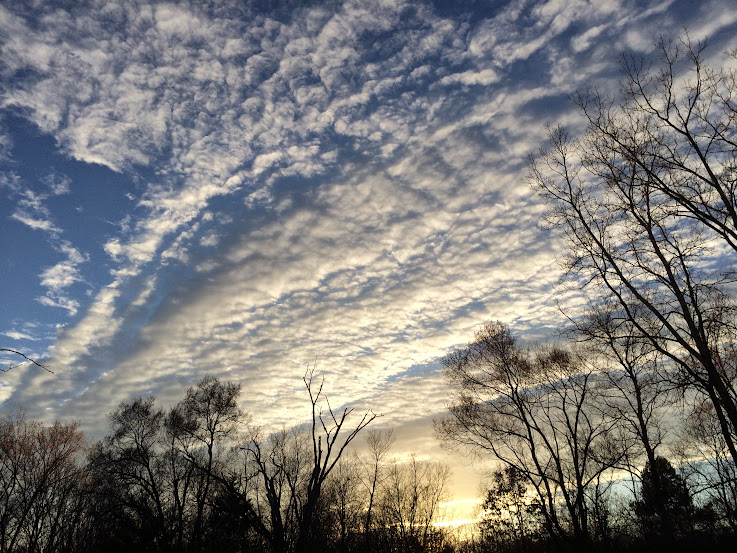 The house project is coming along pretty nicely. Mostly things are on schedule, which is amazing to us and we want to keep the momentum. We got a well company to come out and dig, and I think it was even a little ahead of schedule. It was a cool drizzly day, and we were very pleased that the company was able to get back there with their big trucks in spite of the moist spring soil.

Jeff spent the whole morning and into the afternoon watching them work. Eventually he called me to tell me the well was dry, and we would have to try again. It was pretty nerve-wracking knowing that we’d just spent a few thousand dollars to get… a very deep hole. We spent that evening evaluating the situation and figuring out how many times we could try for this until we’d have to suspend the project. Yikes! We were also alarmed by how little technology exists to help guide people in finding water. I mean, seriously, of everything we do as a species, we still aren’t sure how to find a good spot to dig a well?

Except, of course, we have found a way. Dousing/divining rods have been used for ages. Milton had some and immediately offered to lend us his.

I took the rods home and started to play with them. My online research told me that they are basically no better than chance and were not scientifically validated. But what we experienced first-hand was kind of incredible. At first I thought they must react with water somehow, and so I walked around with them thinking “Find the water”. Sure enough, over buckets of water and puddles out at the farm, the rods would cross over when I came to water and uncross when I passed it. I would make sure not to be tilting my hands in any direction, and it repeated itself over and over again. I thought that was great, but had no idea how it would translate from buckets and surface water to the kind of underground reservoir we need for our well. 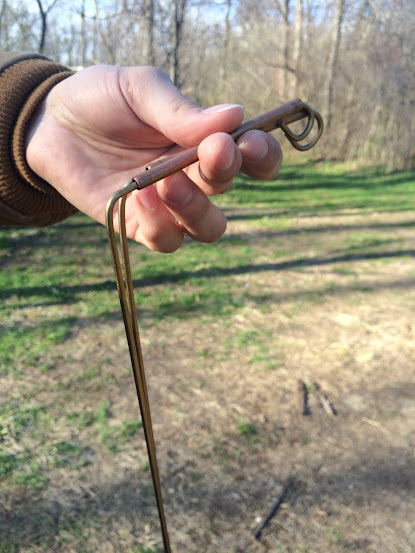 Somehow, though, we realized that it wasn’t about the water. When Jeff got home that day we started to play. We found ourselves scattering single bananas through the house and walking over them with the rods, thinking “Find the banana”. It worked every time. Cross, uncross. We’d walk quickly, slowly, forwards, backwards. Everywhere a banana lay, our rods would find them and cross. Then we took it a step further. I stood over a banana, rods crossed solidly, and Jeff suggested I think about finding something else. I thought about finding Maya, our dog. Sure enough, the rods promptly uncrossed. I walked over the dog and… you guessed it! Every. single. time. We were kind of amazed, but it seemed to us that these rods don’t work in reaction to any particular thing, but rather they react based on the user’s intention.

Getting out to the land to get this well was something to wrap our heads around, however. It’s one thing to find a puddle or banana or a dog (ha!), but water 100 ft down? Milton had a great suggestion though, in that we could take the rods over to Ross and Katy’s side (our friends who bought the land with us- their house is almost finished!) and have them linger over their successful well. So we did that. Jeff and I went alone to the land that evening and went straight to R & K’s well and thought “This. Find… whatever this is.” Sure enough, the rods went from uncrossed to crossed. 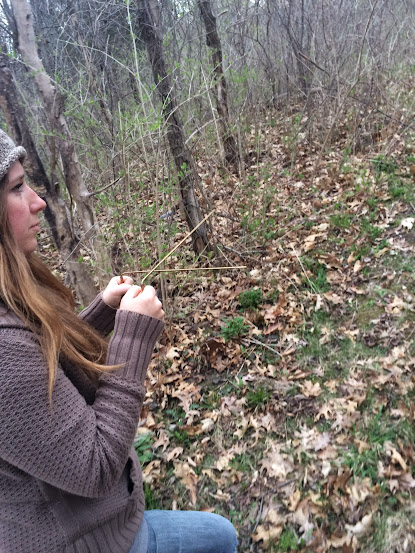 This time, however, they would stay crossed for sustained periods of time and then they would uncross for long periods of time. Very different from our other little spot tests. Over by our first well and the surrounding area? The rods were wide open. We walked the property for a solid hour, testing over and over. The boundaries seemed consistent- it’s as though the rods were drawing us a map. I could probably draw one, actually. Anyway, same spots, over and over, no variations or inconsistencies. And then, in one spot in particular, the rods swung so far inward they would kind of hug my chest. They did this over and over, in the same specific area, and I just looked up at Jeff and shrugged. We thought, “What the hell? What do we have to lose? The well company is just guessing too, so we might as well trust whatever this is!” So we put a big blue bucket with a brick on top right in that spot, and called the well company to come try again. What was funny about this spot is that it wasn’t very far from the old well. The company had advised us to pick a spot a little ways away from the old spot, but we decided to go for it anyway, since it seems like they didn’t really have a method for this either.

They came, and we bit our nails in anticipation. Jeff couldn’t bear to be out there for hours this time, so he occupied himself and we waited for the call. A couple of hours later it came. Water, 125 ft down, a good solid well! I am getting my own divining rods, because magic. and cool. Now we’re back on track and the basement dig and building permits are right around the corner. Pre-formed basement walls are scheduled to be delivered. We might actually do this thing!