How is it that these months keep sneaking up on me? Lately I’ve been hearing a lot of sad thoughts from people regarding the end of summer, but I just don’t feel sad about it. I’m invigorated thinking about this time to "hibernate" and focus on other things. Time to turn things a little more inward- work on the house, craft more, read more, nurture my relationships more, be more creative with Vera, think about next year’s garden (so exciting!)… I’m all too ready for the down time. This summer I worked. Making babies… growing food. It was good. And now I want to wear scarves in the house and drink hot tea all day. Oh yes. Lots of story time with Vera. Lots of soup. Lots of walks that leave your cheeks red and your body refreshed. Lots of color, lots of picture taking. Lots of warm food, spices and house-filling smells. Lots of watching my babies grow. Lots of writing. So much good to be had with this cool weather break. No mourning of summer for me!

—
We harvested our potatoes. We got a good amount, I think, considering it was just four square feet. However, they really were only to be found in the bottom of the bins- we ended up with 14 lbs of the Kenebec, and 20 lbs of the Red Pontiac. We’ll eat them for a while! Although, next year I think I’ll do more experimenting with different varieties, and I’ll also be more vigilant about watering and being sure that I really mound them up with dirt quickly. I still think that’s a good haul for such little space, but I guess I don’t know. I’ve never grown potatoes before! We may just end up making several little boxes throughout the garden, that only go up a couple of feet… I don’t know. I’m happy. We’re going to eat some this weekend. I’m thinking some good hash browns are in order for Sunday’s breakfast. 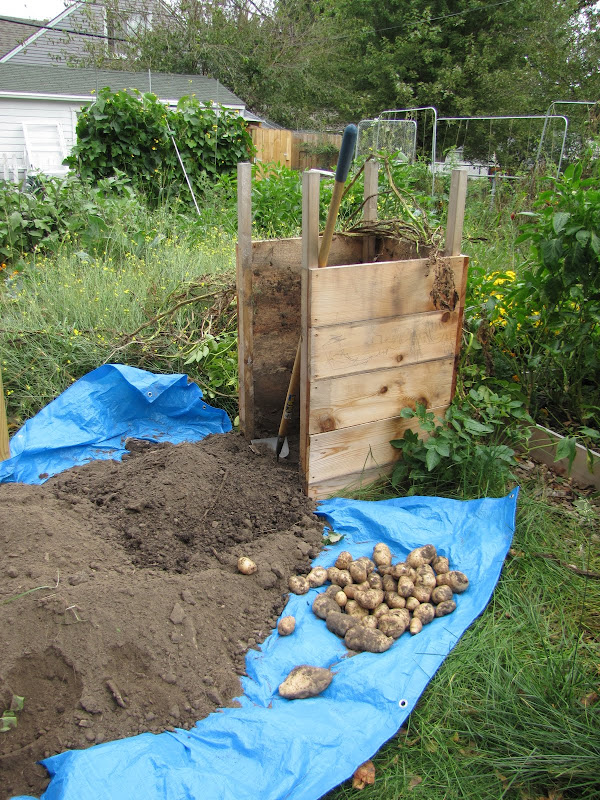 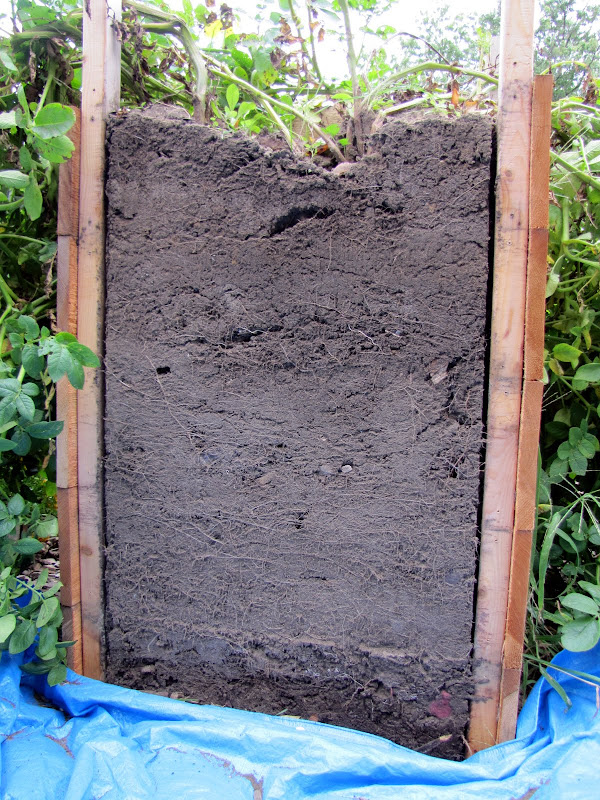 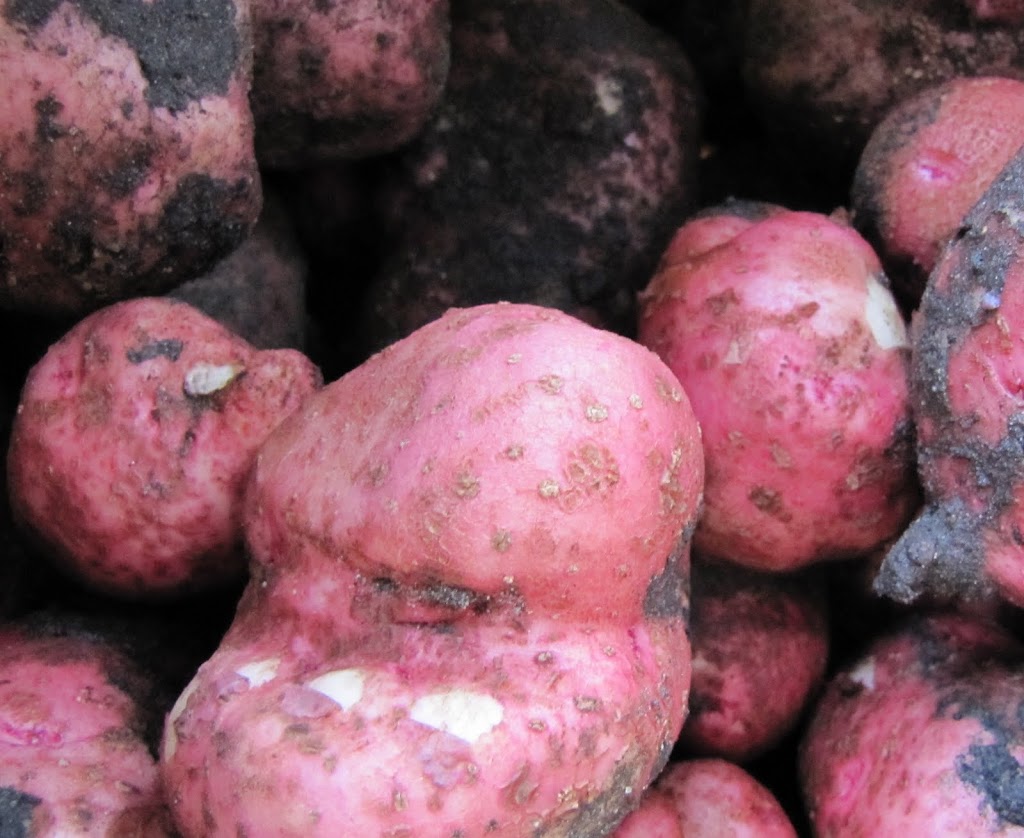 Vera got a little haircut from her cousin Tuula. Lovely. I couldn’t believe that Tuula was able to get to the scissors, but she did. Of course it happened in like a split second and there were two of us watching the kids, but that’s how it happens. She’s actually really clever about getting into mischief and finding forbidden goods, and all I can say is that it only speaks well of her intelligence. Now, if only she could be a little smarty and NOT go on dolling out hair cuts, that’d be great. Love those girls. So SO glad they didn’t get hurt. I had a stern conversation with them about only using scissors with grown ups and so on. We’ll see… Yeah, but V’s haircut could have been MUCH worse. 🙂 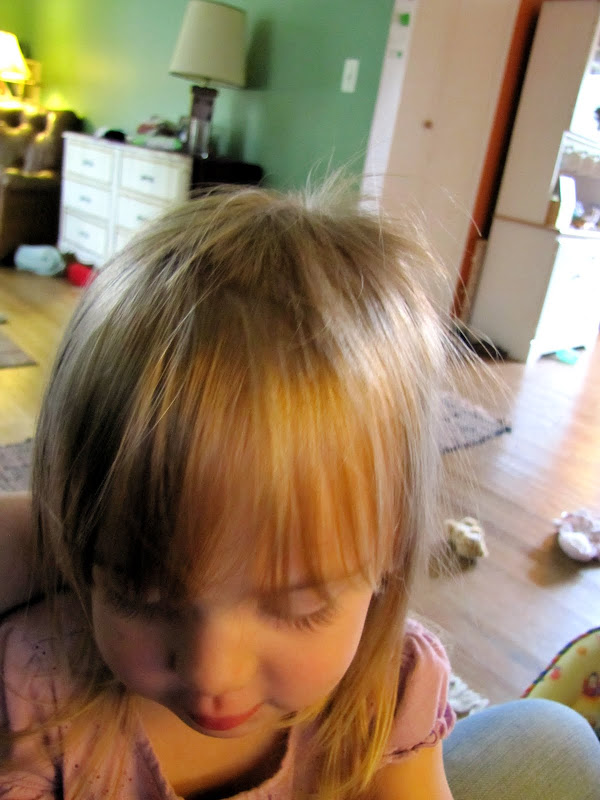 —
We went to the children’s garden again yesterday, and we plan to keep going every week until it’s too cold. That place is just lovely. These pictures are just from the front area. 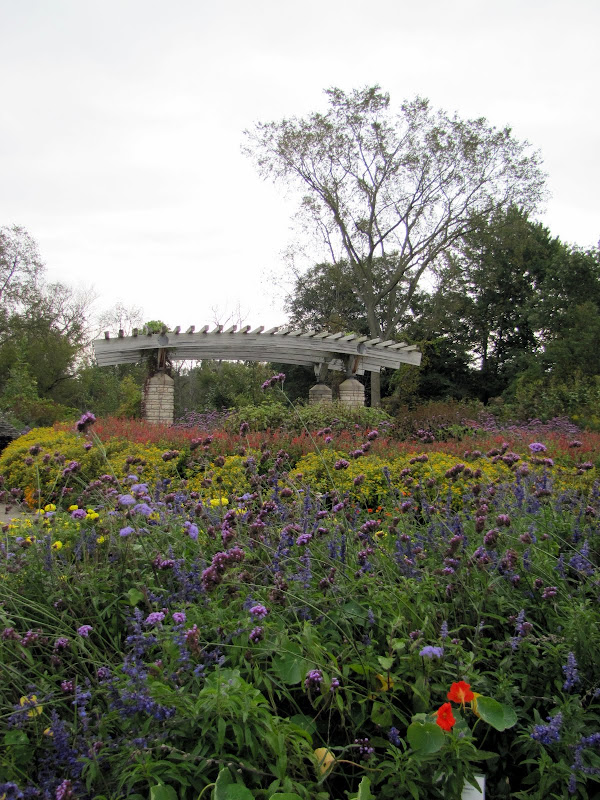 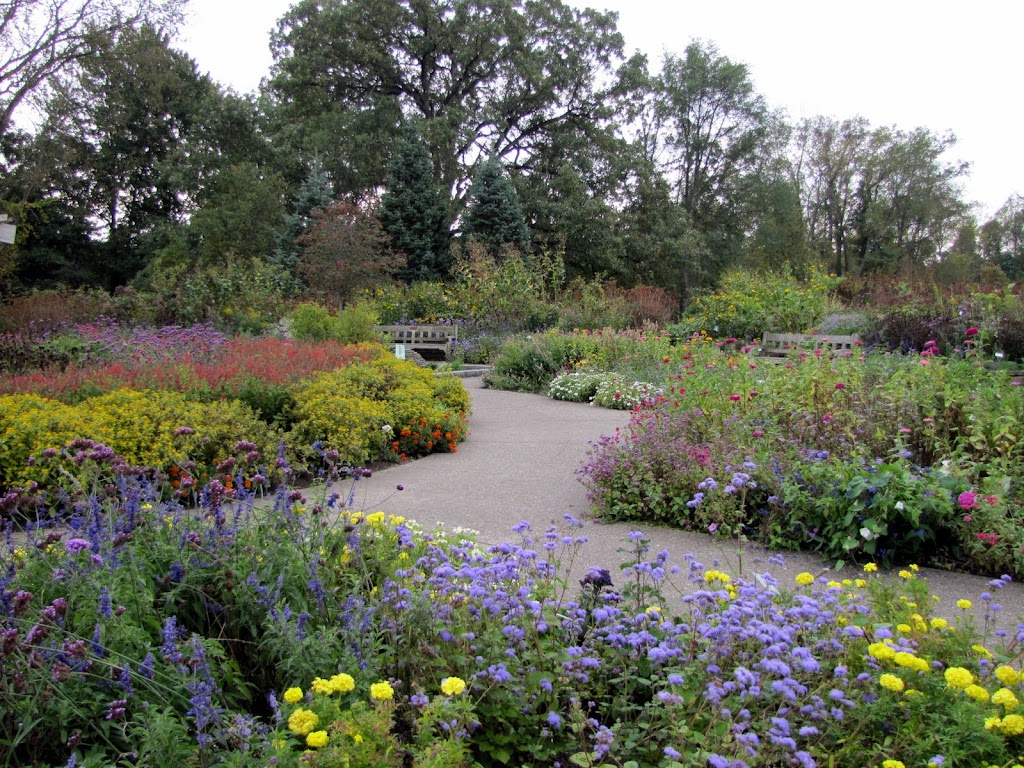 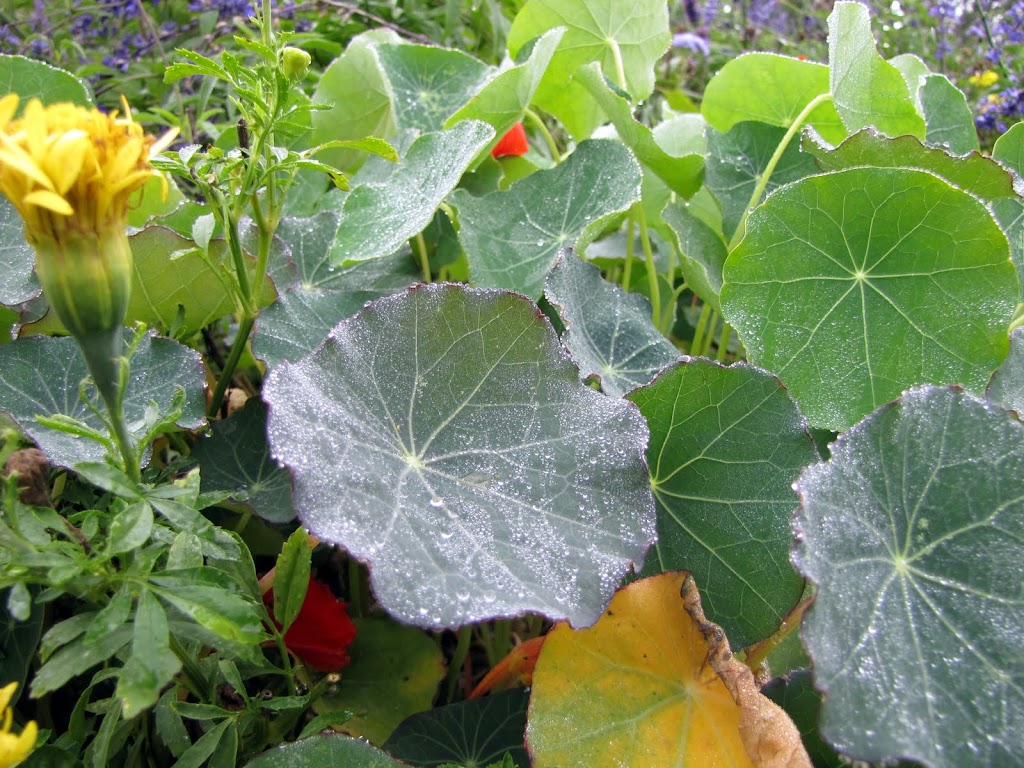 On the way home Vera and I had this funny conversation.

How the heck do you explain this system to a two year old? She has continued asking these questions throughout the past 24 hours, and I’m just laughing about it now. She asked Doug (our friend who lives downstairs) where he was going, and when he replied "to work" she said "Why Doug? Why you go to work?" He just said "I don’t know, Vera." We all laughed about how she really brought to light the absurdity of it all. Thankfully, we see that and are actively working to be as free from it all as we can. Hopefully the answer will change soon.