No, no baby yet, although I do feel like it’s coming very soon… not due until Monday, although practically every phone call I’ve received today has started with a "So? What’s happening? Any baby?"… I’m fairly certain that this happens to practically every full-term pregnant woman, so I just roll my eyes and say "Yep! Forgot to tell you!" I should joke about how I birthed it hours ago while I was taking a bath and should probably go check on it… But then I smile because I know they are just as excited to meet this little one as we are. Except, you know, the eye roll is very necessary because I’m the one who has to push it out here! So I’m pretty sure I’ll let people know when I’ve gone ahead and done that… silly.

Of course I’m reading and picking away at my thoughts when I get a spare moment here and there. There’s a theme lately, as there always seems to be when it comes to these kinds of things. Anyway. I’ll give you a quote:

"The evidence of interspecies communication and the fundamental beingness of nonhumans is so obvious as to render my previous skepticism embarrassing. To attempt a proof that nonhumans communicate would not only be degrading- imagine a book purporting to prove that blondes can think- it would be silly, like proving the existence of gravity, love, death, or physical existence. It could be written in two words- pay attention– or better, in one- listen." (Derrick Jensen, A Language Older Than Words)

I’ve been really thinking about human entitlement lately… or I don’t know what to call it exactly- but the concept that we’re somehow above all other animals and beings, or sent here to govern and mold it all… This kind of thinking runs incredibly deep- it’s practically bred into us at this point. The evidence is all around us- from our blatantly destructive lifestyles all the way to our "green" solutions, it’s all completely human-centric. What’s really sad is that even from the activist ends that are seemingly in favor of rights for other living things and habitats, it’s usually still riddled with inconsistencies and human-centric values. From the time I was born I’ve been taught that humans are the only ones with souls, that we are favored by God, etc. That was just my religious upbringing, but even in my separation from it I met very few challenges to that philosophy. This is what humans think. We are always assessing whether or not something is of value simply by it’s relationship to us. To some degree I think this is natural. Of course we favor our own species and think in relationship to ourselves. This makes sense. However, it’s catapulted us into the realm of insanity- where we are actually destroying everything and ourselves in the process, and doing things that we think we want, convincing ourselves that this toxic way of life is convenient. So we aren’t even able to benefit ourselves with this kind of thinking any longer, it’s only a matter of time before it brings about our demise. Crazy, no?

Don’t get me wrong, I think humans are great. I think we have a capacity for creation and love that is really special. I don’t even think this kind of thinking is natural to us- I believe it’s come about as a result of this destructive culture and our saturation in it, and really just whittles down to a few sick individuals that continue to hold the power and perpetuate it. But here we are. I guess my point is, I’m realizing that I don’t believe we are meant to be at the "top" like this. I think we’re animals, and we’ve lost our language. It’s funny- my first inclination was to write "just animals", and then corrected myself. You see? It’s all pervasive. We’ve lost our ability to relate to the natural world in the way that we were meant to. I’m barely scratching the surface, but I’m starting to see all that I’ve missed out on- and more urgently- all that I have to unlearn.

Anyway, I was watching this episode of "30 days" and it was one where the guy went to live on a reservation. It was pretty rough, all said, but the thing that really stuck with me was this scene where a woman was brought to tears at the idea that their language would soon be forgotten. I thought about it, and thought it was sad, but couldn’t really see why the traditions and spiritual concepts couldn’t be passed on in another language just as well… but then it hit me. We are so absorbed in this culture that our languages can’t even express the concepts that exist in that way of life. There aren’t the words. Losing native languages is like losing the key to another way of life- one that’s at the brink of extinction. Just like when I hear the idea of asking the land what it needs- I’m starting to realize that it’s not meant to be taken metaphorically. We actually can communicate with the land and see what it needs, we just don’t know how anymore.

I’m just starting Ishmael at the recommendation of my friend, and it’s pretty interesting so far. I’m sure I’ll be talking about that book soon. I know this is kind of a ramble. I’m hoping I’ll have more concrete thoughts to share soon. I feel like this is a really important lesson I’m learning- one that will affect my whole understanding of the world.

And of course some garden. Everything is so beautiful right now. I even love the weeds. I’m not really one for weeding… but it doesn’t seem to really bother the garden. I mean, I’m probably rationalizing. It would likely do better if I did weed, but I find that the occasional weeding session is good enough. Plus the chickens love it! So I’ve gotta grow a bumper crop of weeds for the chickens, right? 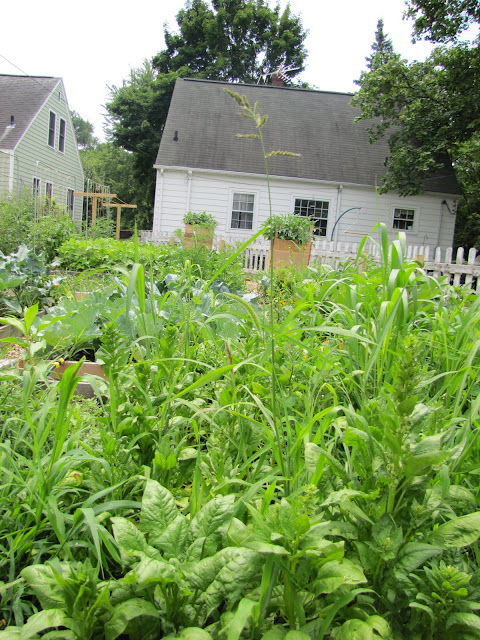 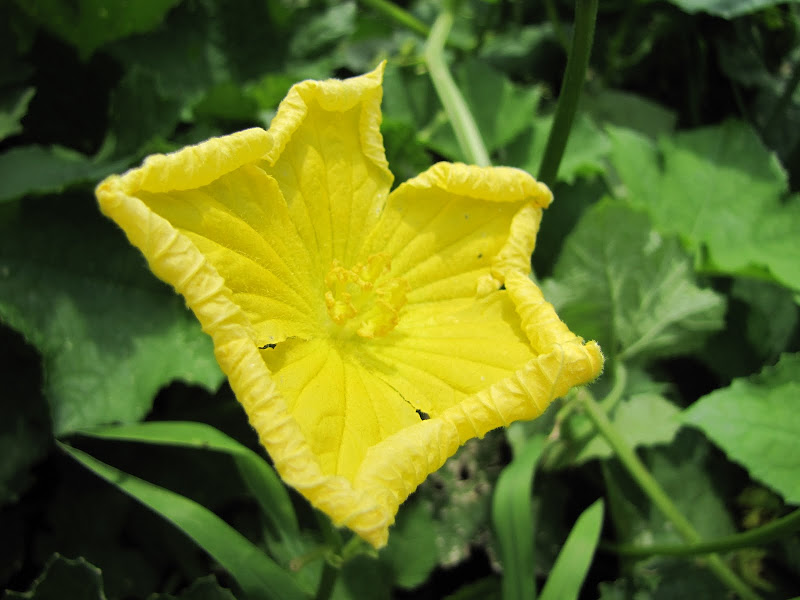 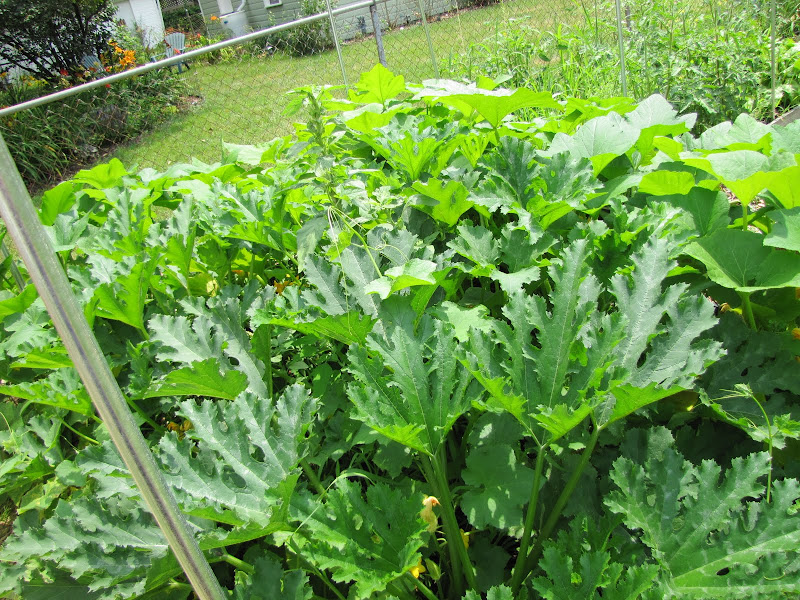 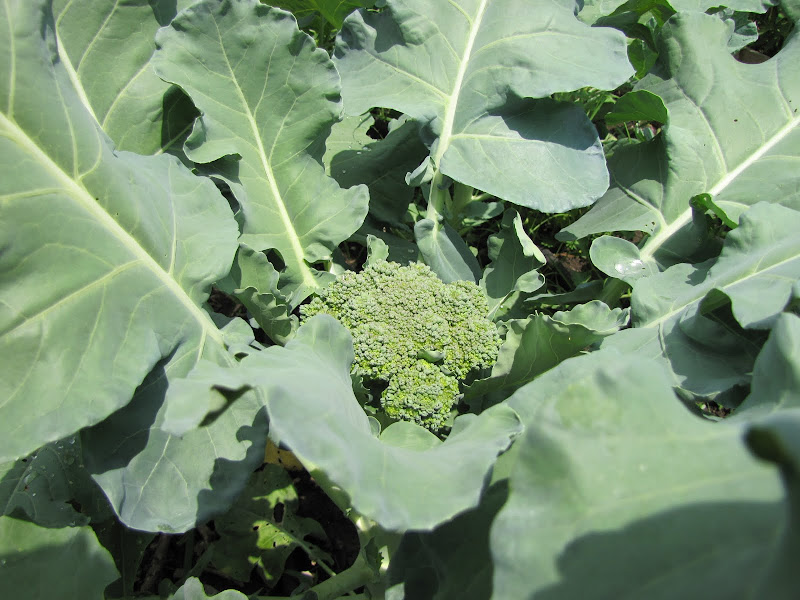 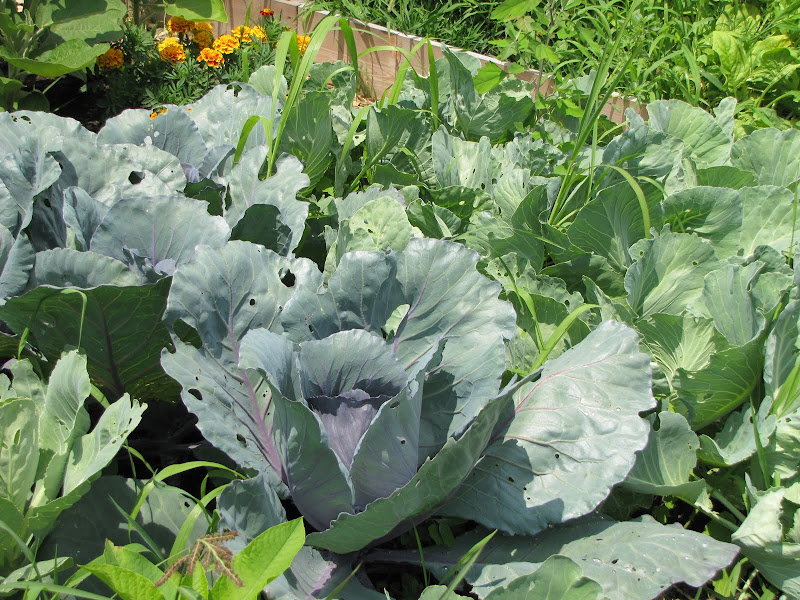 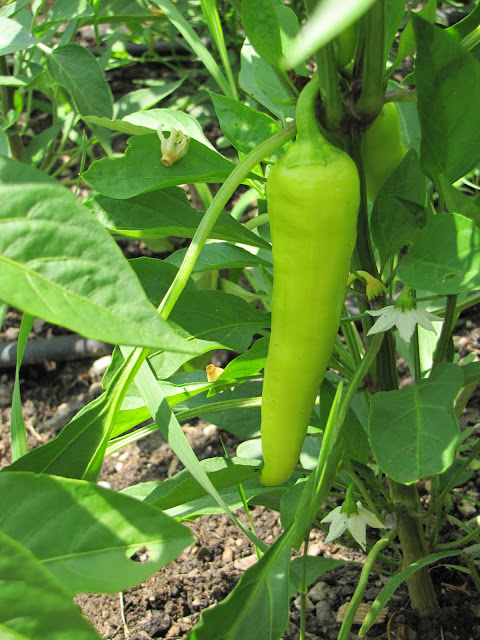 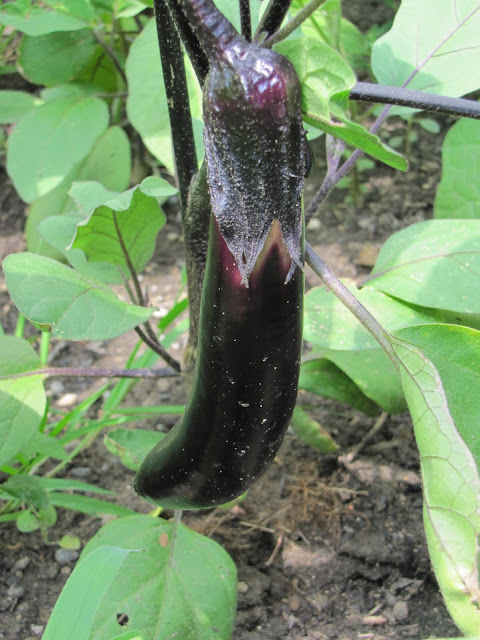 My lovely clothespin bag in action! 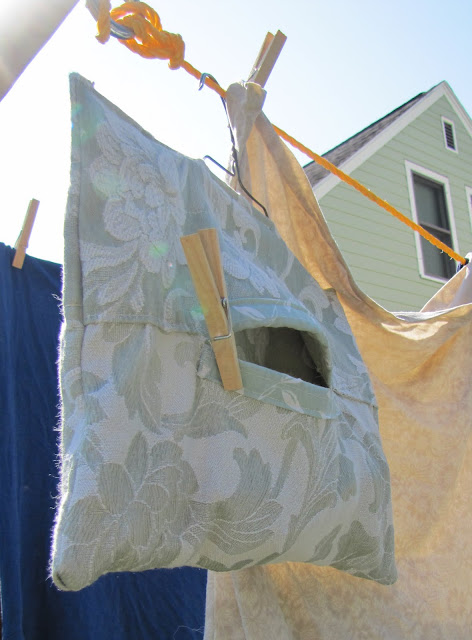 Quote of the day:

"I have amazing news for you. Man is not alone on this planet. He is part of a community, upon which he depends absolutely." (Daniel Quinn)