I’m realizing more and more that I should probably fix to a schedule in my life. Helen and Scott Nearing had a very calculated way of doing things (I’m reading their book "The Good Life" right now.), and I can kind of see why these days. The took on so much. They grew their own food, they built all their own buildings and had a maple sugaring business, and they were all about building community. I love that kind of a life, and I love having such variety. So many things to do, so many things to learn. So often I get caught up in the multitude of things that I’m taking on, and I can’t remember what to do next or figure out how to focus. And I end up just kind of blinking and thinking… So, for the time being, I’m experimenting with a new kind of order around here. Routines a plenty, and lots of just doing and less thinking about doing.

This is perfect timing really, because we’ve got a whole lot of people coming in a week to see our yard and garden and ask us lots of questions about it all. I’ve got conflicting emotions about it- mostly excitement, but a fair amount of "what? It’s not done yet! There are lots of other people that have better and bigger and… don’t look at me!" The insecure thoughts are irritating to me, because I feel the opposite about other people’s gardens and activism and what not. I’m always thrilled to see what they are doing, and when they chime in with "But it isn’t this and it isn’t that and I shoulda done…"  I feel like they are not being kind to themselves and are missing out on all the good in front of them. Plus it assumes that I’m coming in there to be critical, and I don’t like that. So, I’m working to retrain myself and ignore those negative thoughts. Because an opportunity to share my life with others is a blessing and, imperfect as it is, that’s part of what makes it all so beautiful.
So, over the next week I thought I would do a mini update every night about what I’ve been up to each day, keeping me a little more accountable and hopefully a bit more focused. First entry to come later tonight!
—
Anyway, a little food update, because it is Wednesday after all.
The other day I got inspired to go back to some of the more basic food prep that I used to do. Lately I’ve been a little slack, but I’m determined to pick it back up and get it all down to a once a week routine. Anyway, most of this prep is just soaking. Pictured below are the makings for "crispy nuts"- nuts/seeds that have been soaked in salt water for about a day and then dehydrated or cooked in a really low oven. They are awesome, and processing them this way gets rid of most of they phytates and increases the digestibility and helps the nutrients to be more available. Here I’ve got pecans, walnuts, and hulled pumpkin seeds. 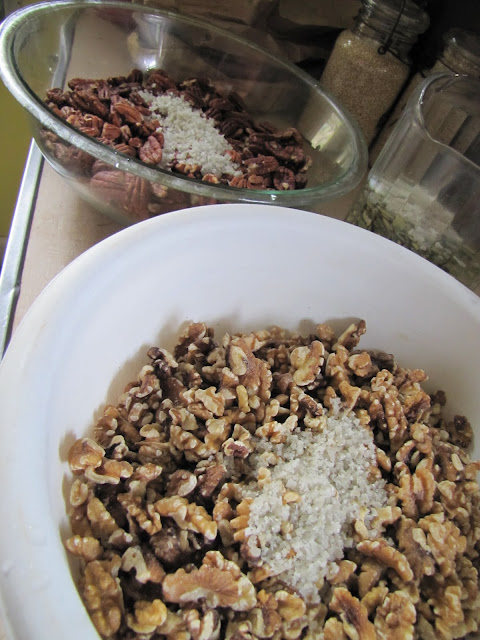 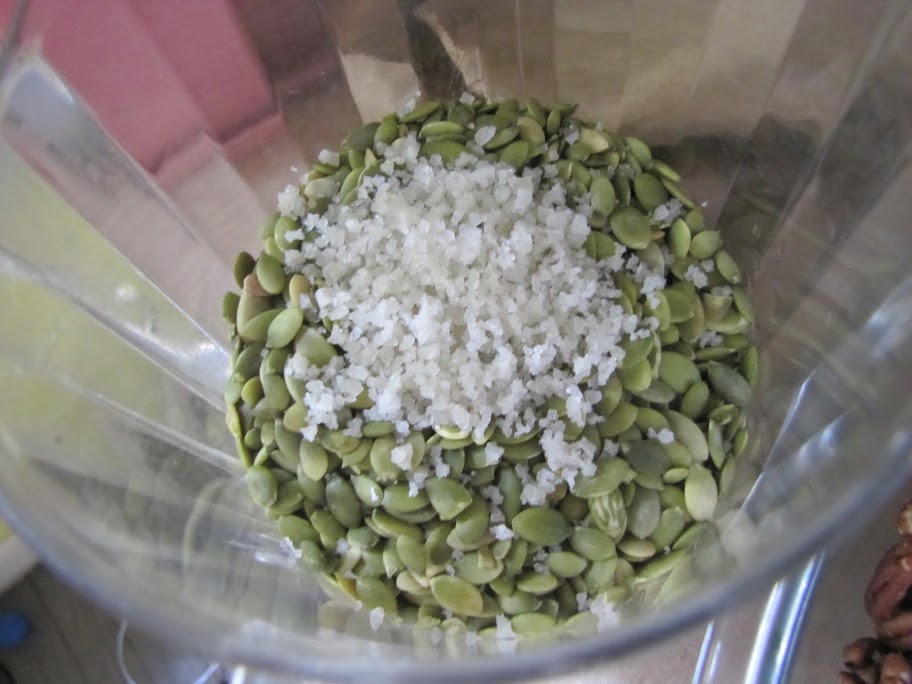 Here is a crock pot with yogurt going. Next to it are three containers, I was soaking pinto beans, rice, and porridge (a mix of wheat berries, oats, rice, and barley). 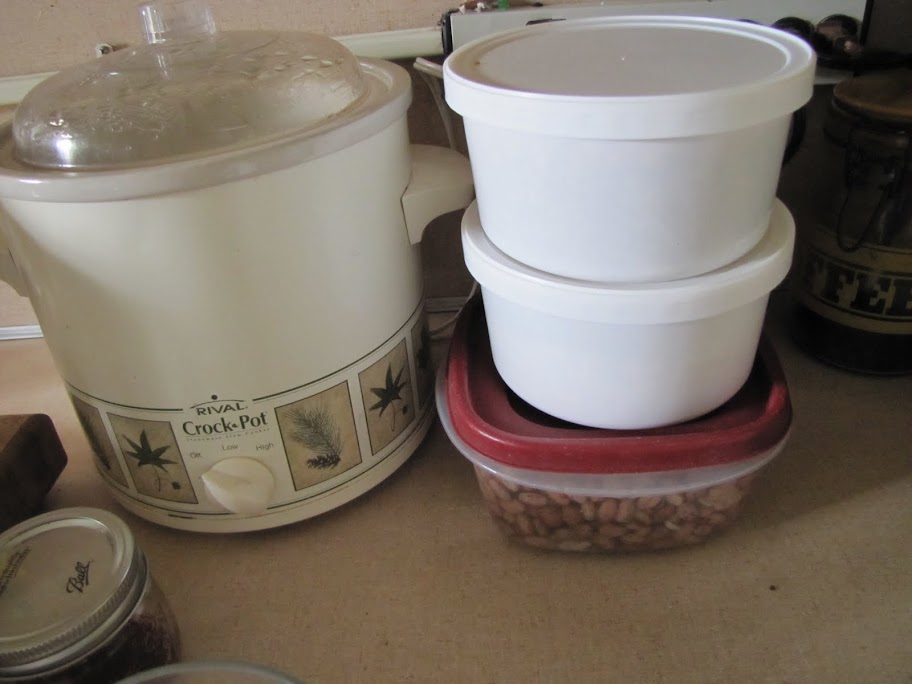 Kombucha on its second ferment. 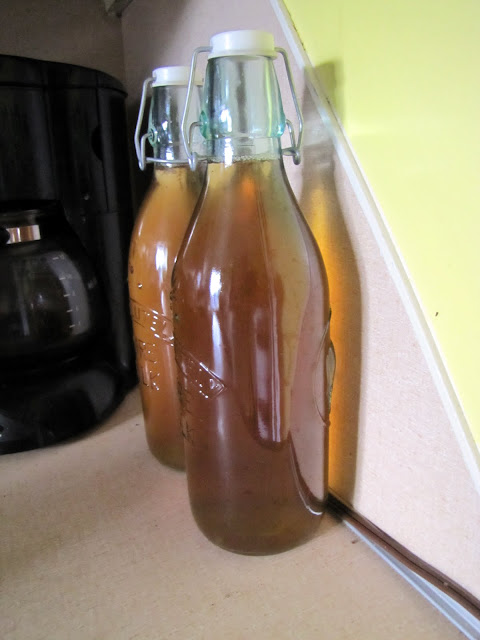 Here are the nuts soaking. I have a small kitchen, but it’s alright, I often find a surface nearby and stack the bowls with plates between them. 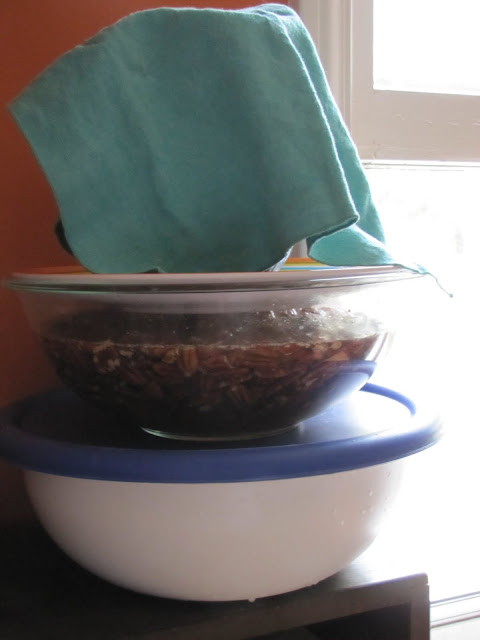 After everything soaks, I put the grains/beans in the fridge for cooking later in the week, and I put all the nuts in my dehydrator at around 135 degrees. After several hours (about a whole day went by) I had crispy nuts! These nuts are so amazing- they are crisp and have a little saltiness. And it’s good to know that I’m getting all the nutritional benefit I can from them- they are not very cheap, and the kids munch them down like crazy. So I might as well get as much bang for my buck, so-to-speak. 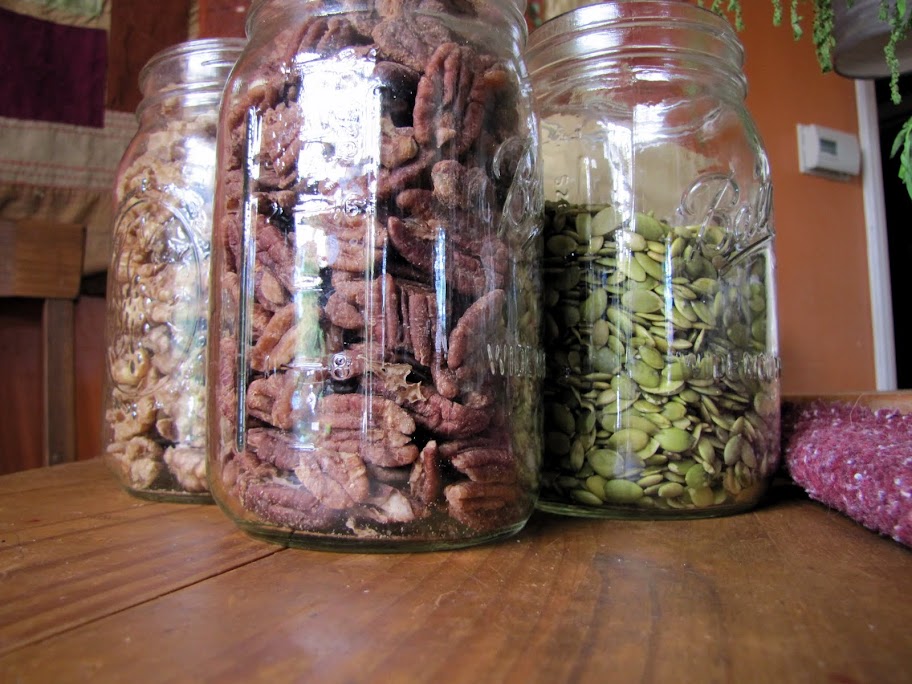 I also finished harvesting all the garlic scapes and turned it all into pesto. My friend had a great idea to freeze them in ice cube trays! 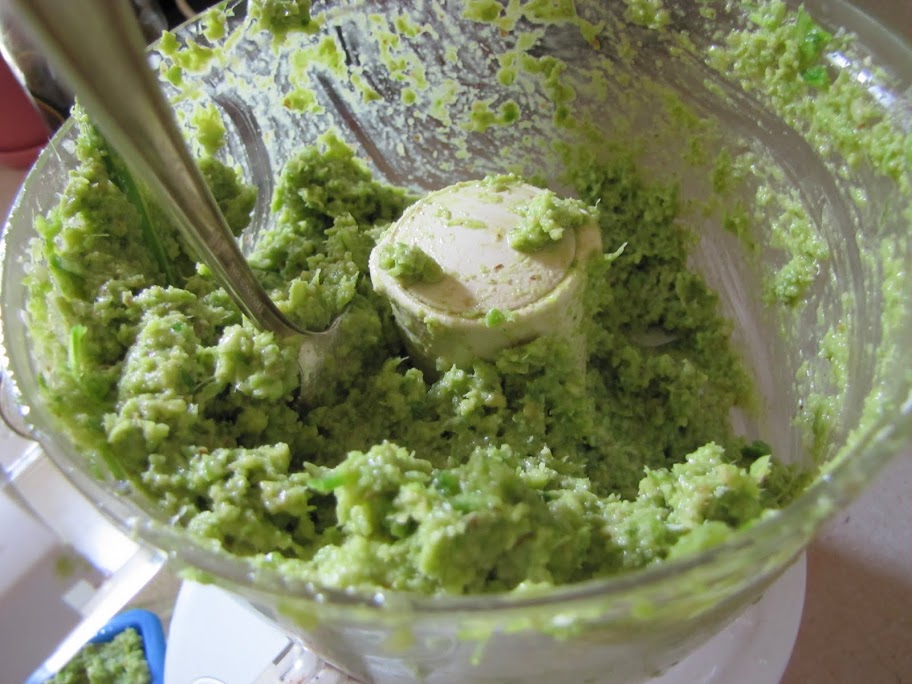 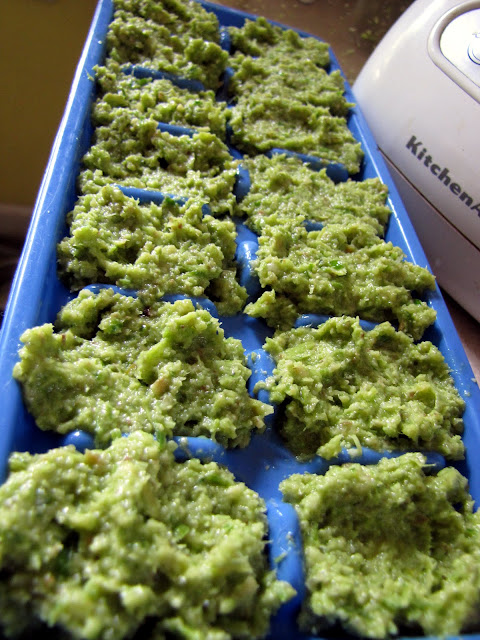 My sister’s birthday was last week, and we had a little get together here. My mom brought dessert, and I just had to share a couple of pictures of it. It was awesome. Light, creamy, fruity. Just how it should be this time of year. 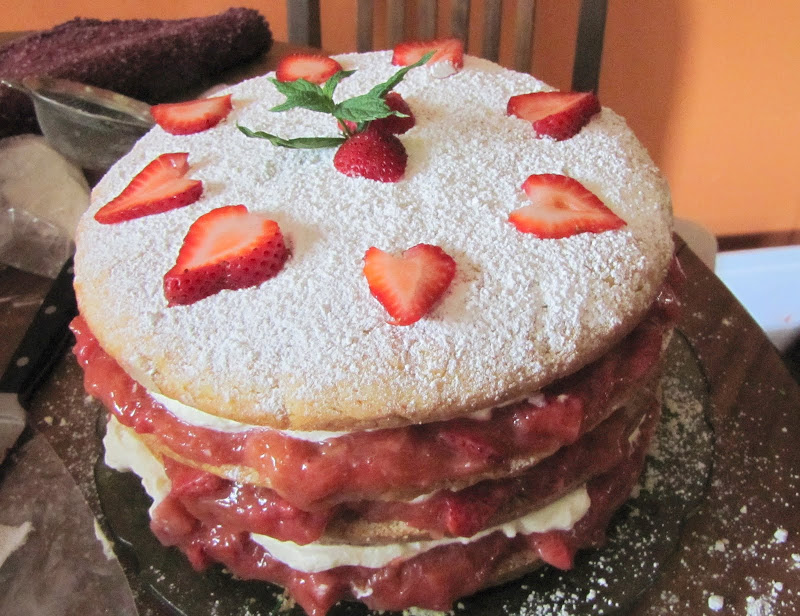 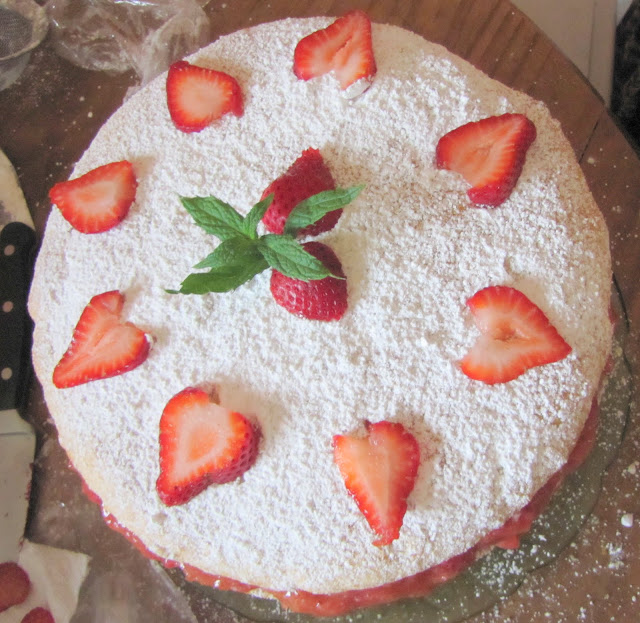 —-
A few things I loved today: