I’m not exactly what you’d call a patriot. All this reading I do just leaves me pretty jaded with this country and just government in general. A huge, broken, greed-filled system that perpetuates poverty and injustice and the destruction of our precious land… yeah. Not exactly on board. I’m an anarchist, if you had to plop me in a category. It’s hard for me to enjoy this holiday without a fair amount of cynicism, if you weren’t able to tell… But before I say any more, I’d like to first state that I am very grateful to enjoy the privilege that I do by living here. I just hate that I inadvertently have blood on my hands as a result. I’m aware that I don’t have the solutions, and I don’t pretend to. I’m just not going to feel celebratory over privilege that comes about through exploitation and deceit. BUT, I am also always up for a reason to grill some food with lovely people and enjoy a day. Jeff gets holiday pay on a day he wouldn’t be working anyway, so that’s cool too. Heh. While I was thinking about this stuff this morning, though, I realized that we are celebrating the start of some independence in our lives. We’re becoming more self-sufficient, and that’s one step in the right direction. So I think that’s important enough to meditate on today, and I’m excited to dig deeper and teach my kids to think about where everything they use and enjoy and eat comes from, and to hopefully live more ethically. I believe that bringing it all home is a good way to break our ties to what has become a very corrupt and unsustainable culture- so the garden and the chickens and stuff just feels closer to that goal. We just keep chipping away at it all, learning as we go. This weekend is definitely no exception.
—

Yesterday we unexpectedly spent almost the whole day getting our hens. Some of our best friends agreed to take our six birds (who could be either hens or roosters… we just can’t know yet), so Jeff helped them build their coop last week and we took them over on Friday. I felt good about it because I didn’t want them to just end up anywhere, but at the same time I felt weird keeping them when we’re only allowed to have four ladies… I generally don’t really care about the law, but we’ve got some squeamish neighbors and I just don’t want to push our luck on the first year. 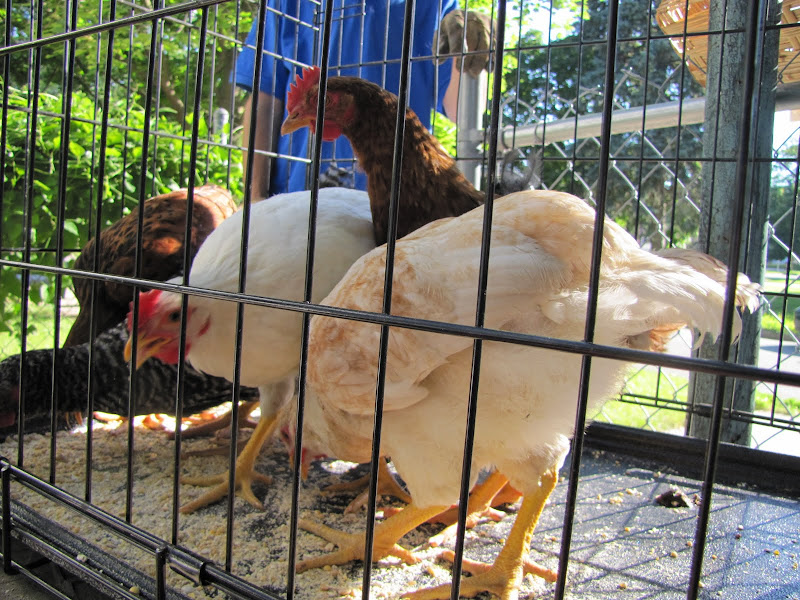 Vera was so confused and kept asking where her chickens were going. 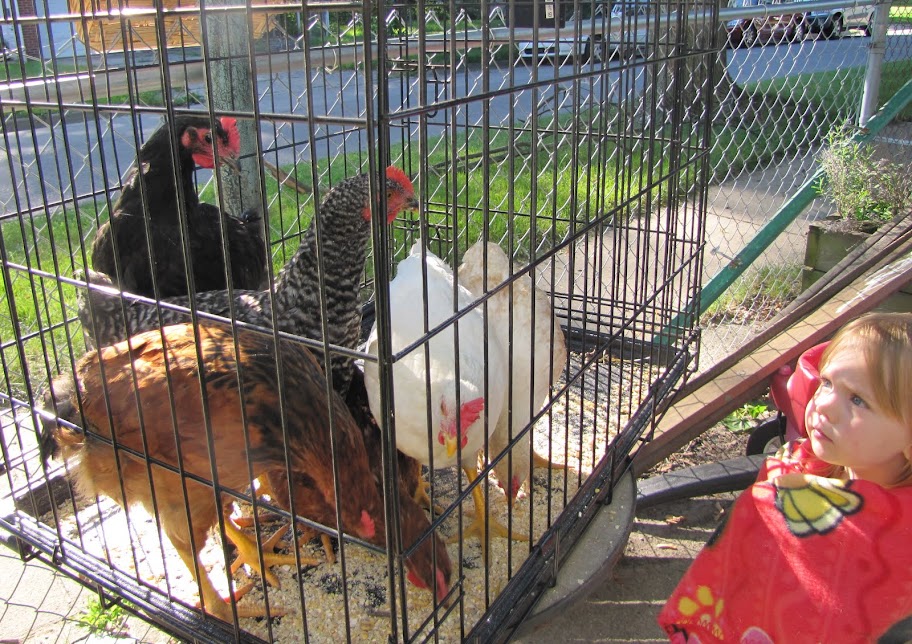 So then yesterday we went back to the auction. We’d even printed out a little sheet with pictures on it of the breeds that we’d like best that would be good in the city (good in confinement, good layers, not too noisy, etc). When we got there we found hens that we’d like, and then we even double checked with an experienced guy who said they were definitely all hens. The chickens were two to a cage, and we’d decided on these nice brown ones and some barred rock varieties (we were fine with getting one of several of those cages). We got the brown ones, but when they started auctioning the barred rock kind, a man called them roosters! All of them. We didn’t know what to do, and so we left there with two. Although now that I’ve done some more research, I think the guy may have been wrong… but I don’t know. Anyway, it turned out to be a blessing in disguise, because I went right on craigslist and found some barred rock hens for sale nearby! So we went out and bought two- we learned how to feel their pubic bones to tell if they’re still laying, we talked and talked with this old couple all about chickens and babies and food… it was way nicer than the auction. I don’t think we’ll go back- I’d much rather deal with people.

Anyway, it was a busy day, and when we got home at 8ish we had to feed Vera and put her to bed, and then some friends showed up unexpectedly (which was actually really nice and relaxing), and then we crashed. But this morning, here’s what I found! 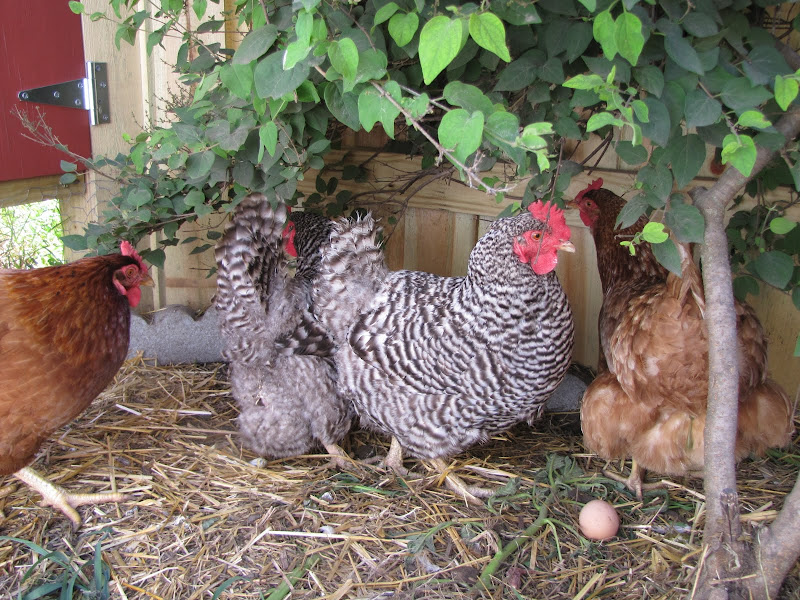 Four beautiful birds and an egg! From left to right, below, we’ve got Doreen, Henrietta, Dolores, and Peacock. We all collaborated on names. I bet you can guess which one Vera named. 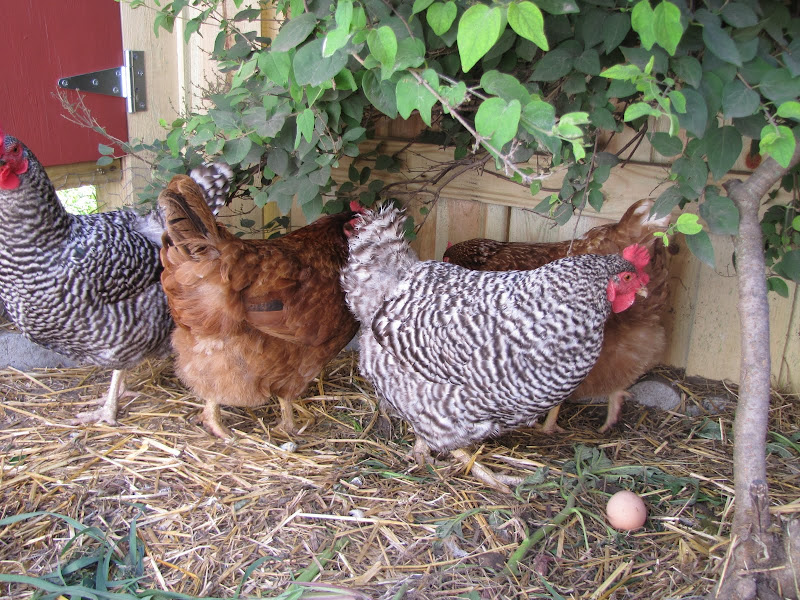 I love my dog. 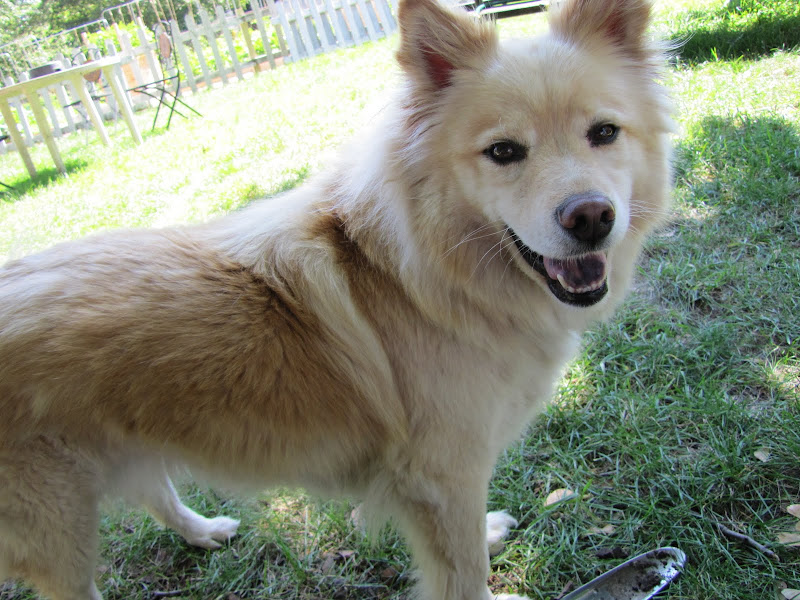 This morning I harvested all the garlic, and Jeff worked on putting up the little fence around the garden. Then it hit 90 degrees and we’re hanging out inside until later when we will have dinner with Jeff’s dad (his mom and my parents are all out of town this weekend), and then later there’s a neighborhood movie two doors down. Happy. 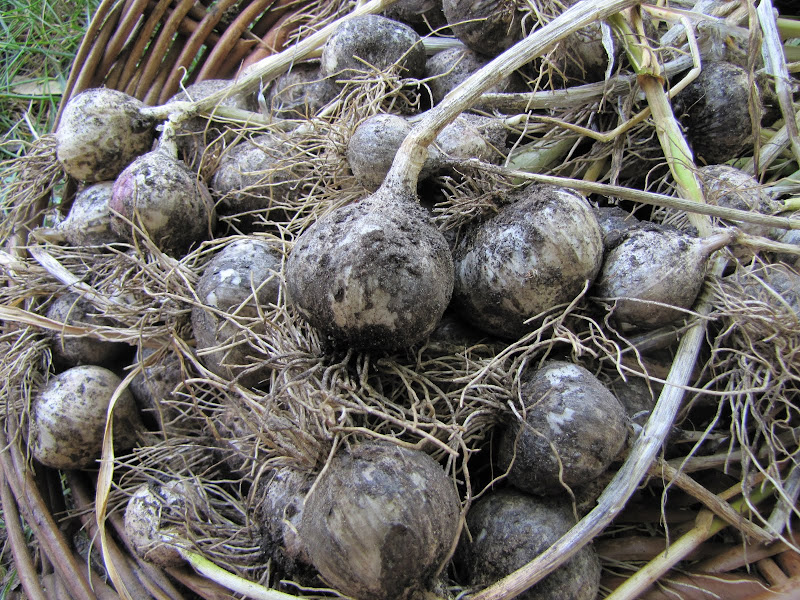 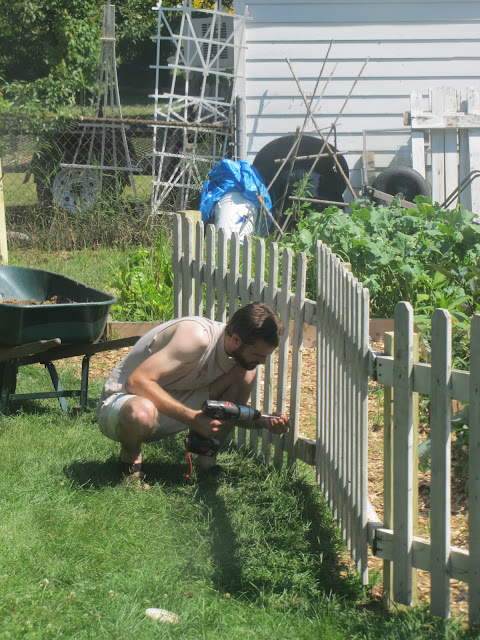 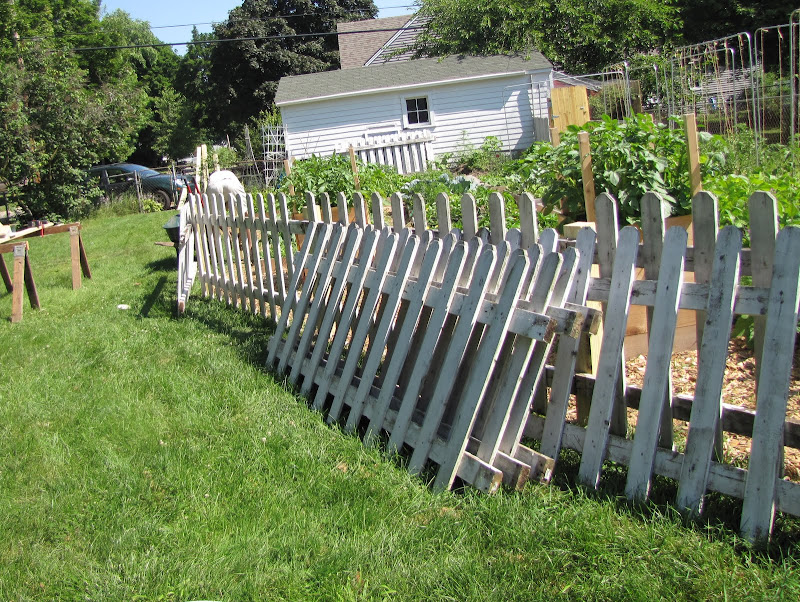 Vera just yelled "Papa! I don’t want underwear!" from the other side of the house. haha. I love my life.