We’re back from the wedding up north. It was beautiful, and just what I needed. I hadn’t realized the ball of stress that had been forming in the back of my mind… it was just there, haunting me daily. Wanting to get things done that I couldn’t quickly, wanting to be where I wasn’t, feeling like everything kept piling up… just general discontent. Too much to do, not enough hands to do it. But, while I was up north, there were no dirty dishes, no timeline really. Just us. I loved it. It made me realize that the source of my stress was my own tension and inability to just be where I am. Relaxing into the moment is the only thing that will keep it at bay, I think, especially while Asa is so little and takes this kind of energy. This house just WILL be a mess for a while, things will pile up, and I won’t get everything done that I want to. That’s the way it goes with this situation. This is a time I know I will love to look back on, and I don’t want to spend the time in it feeling like I’d rather be doing something else. It was an *ah ha!* moment for me. Also, and I know I talk about this often, but I feel strongly about really simplifying in terms of the stuff around us. More and more I feel like less stuff = more peace. I’ll be tackling more of that while the weather is cold and I’ve got less to do outside.

But also, just being up north (especially in early autumn) brings a peace that is hard to find elsewhere. I mean, just look at it. 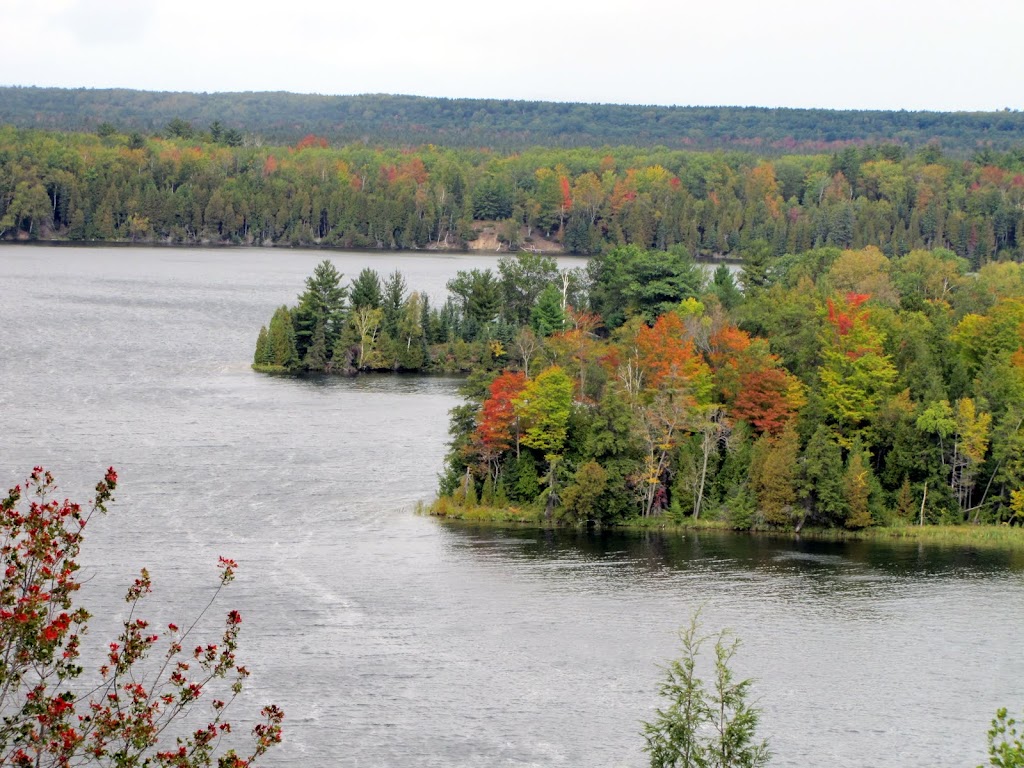 It was gray and windy and cold- fall was really felt this weekend for the first time. It was funny, too, because all of us (us and Jeff’s family and friends at the wedding) had under-dressed and just were generally taken by surprise with this weather. We shivered our way through the wedding- set at the lighthouse, with the whipping winds from the lake penetrating all of us. At one point a local couple covered Asa and I with a fleece blanket. He was warm enough- nestled into my chest and blanketed, and wearing a wool hat. But I was definitely clutching him and tapping my feet, likely a sad sight, and they were so sweet. I love how a village always seems to come together over a baby. We later joked about it- them, being the seasoned locals, knowing never to go to the lighthouse in late September without a good blanket. I’ll keep it in mind in the future. I loved it because I knew it would be one of those weddings I would remember.

And my sweet girl, so excited to be a flower girl. Although she had no idea what that meant, really. She just knew that she got to wear this cool dress and walk with her cousins. 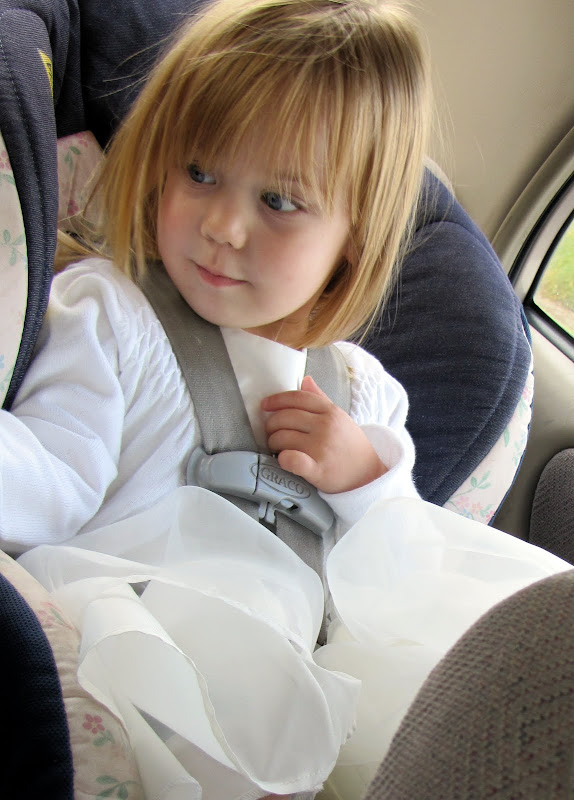 And my love. All cleaned up. 🙂 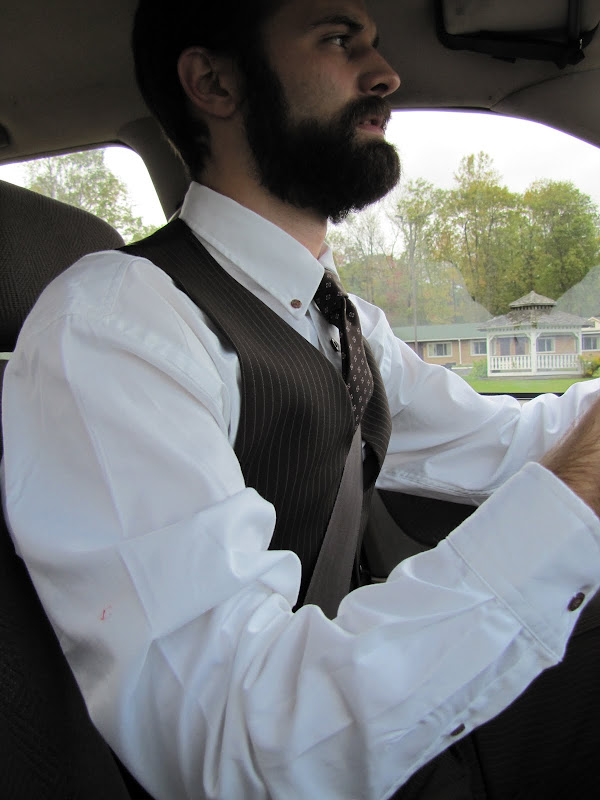 I cleaned up pretty nice, too, but I didn’t get a picture. Jeff’s aunt got a great family picture of us, and so she’ll send it to me soon.

So romantic, with the wind and water… 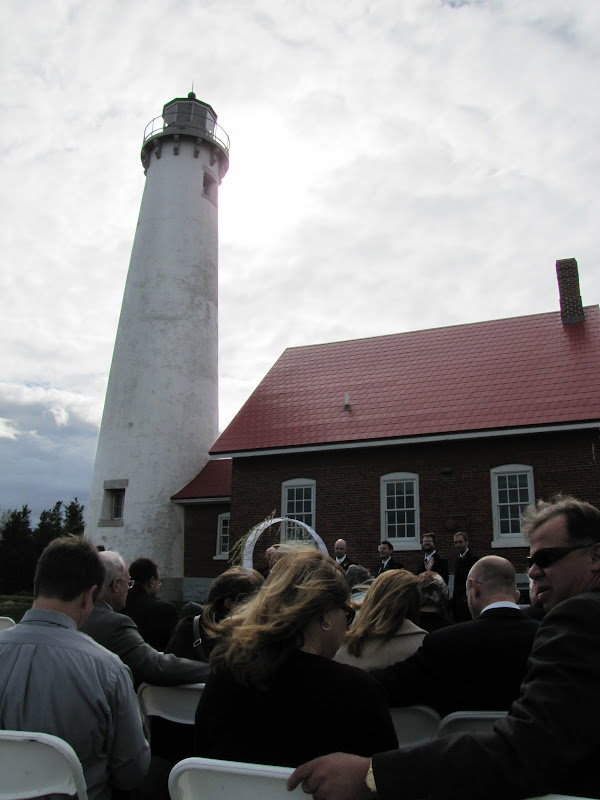 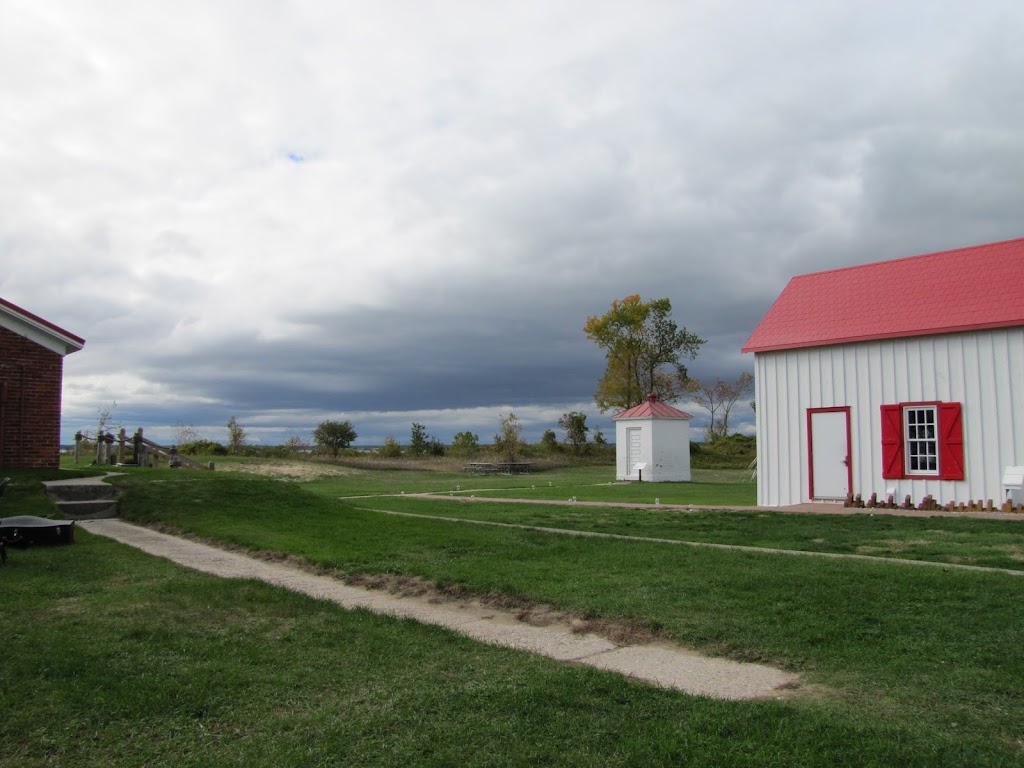 They all started out well. So cute! 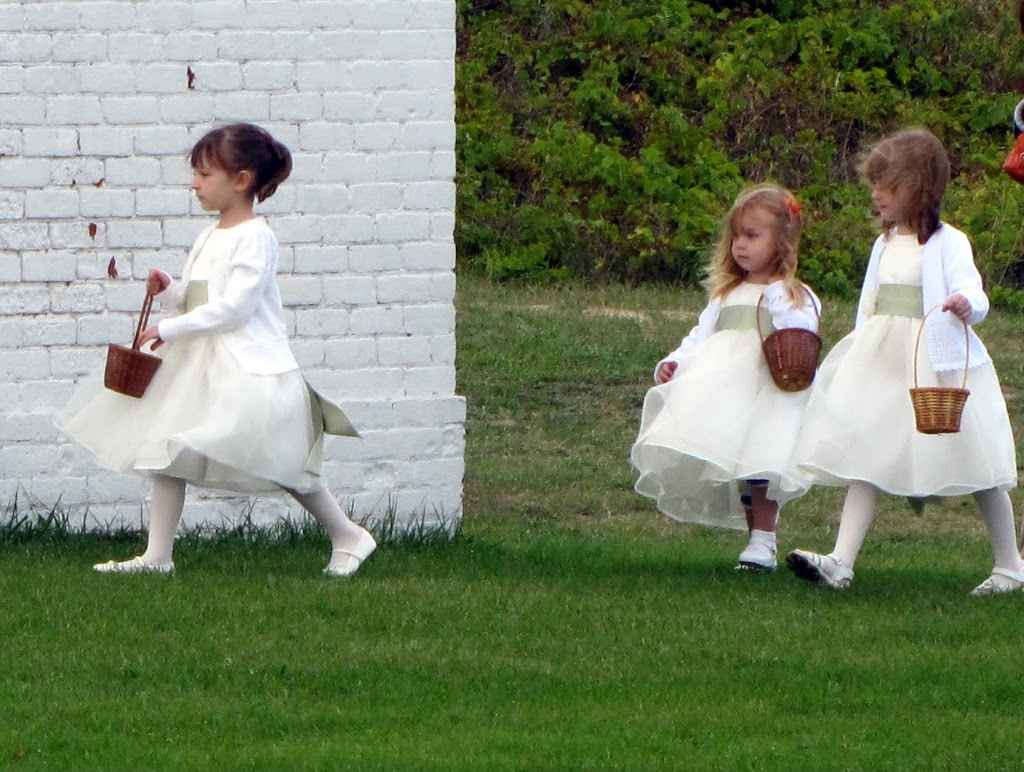 But then little Vera realized that her cousins were dropping their flowers! Oh no! She set out to pick them all up. Sweet girl. I suppose 2 is a little young to really get it, but she was so so cute and people were giggling. 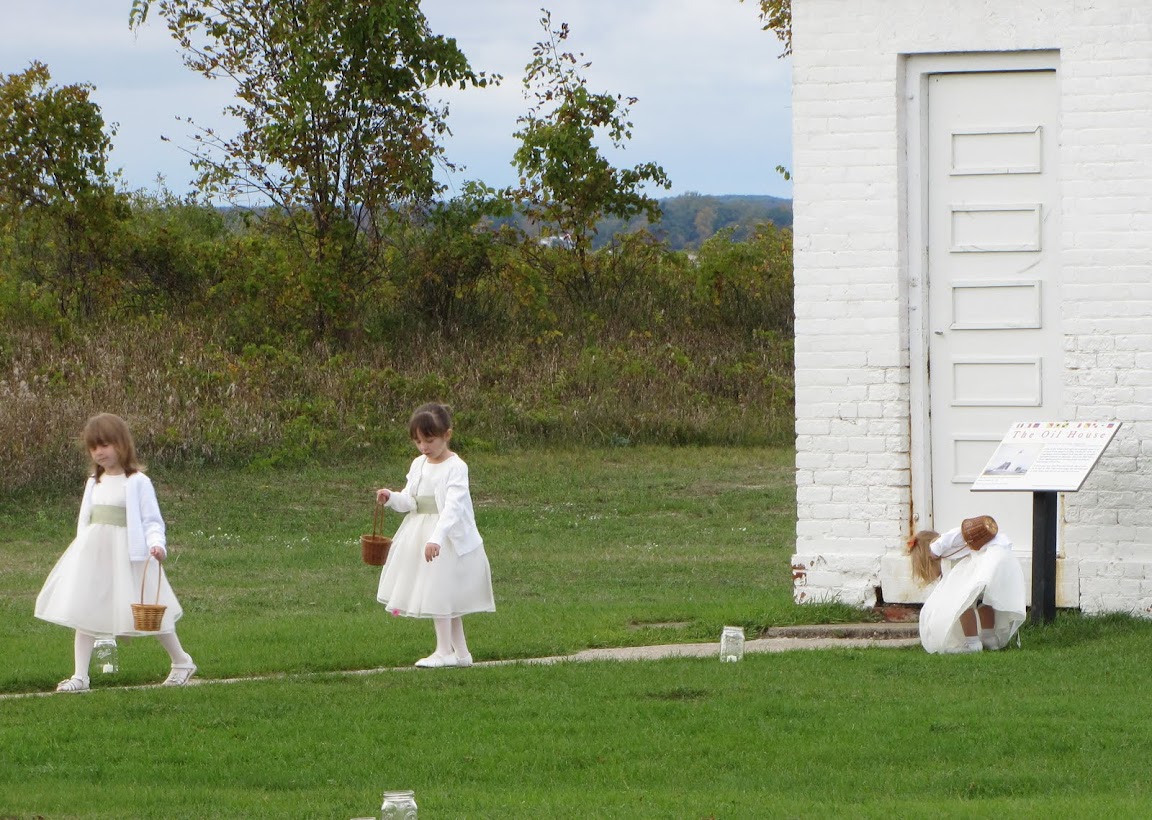 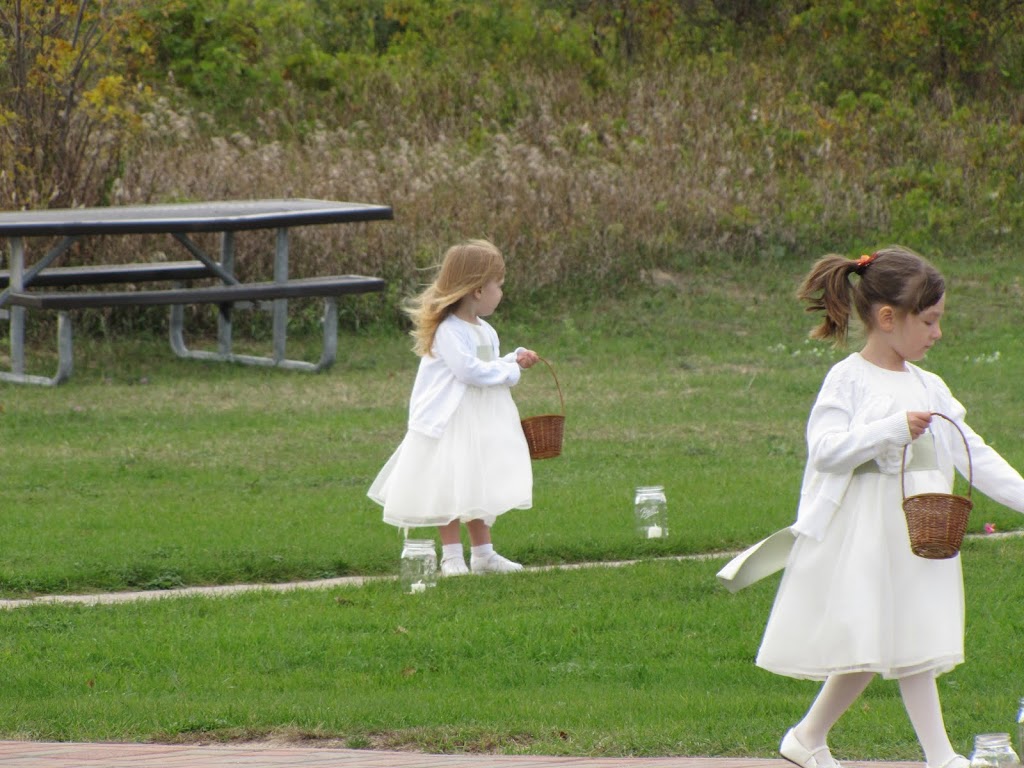 She fell far behind, and by the time she got around to go the last little bit, she caught sight of me and walked straight for me asking for milk… Jeff just swooped her up and we all cuddled under the big blanket until it was time to go into the tent. 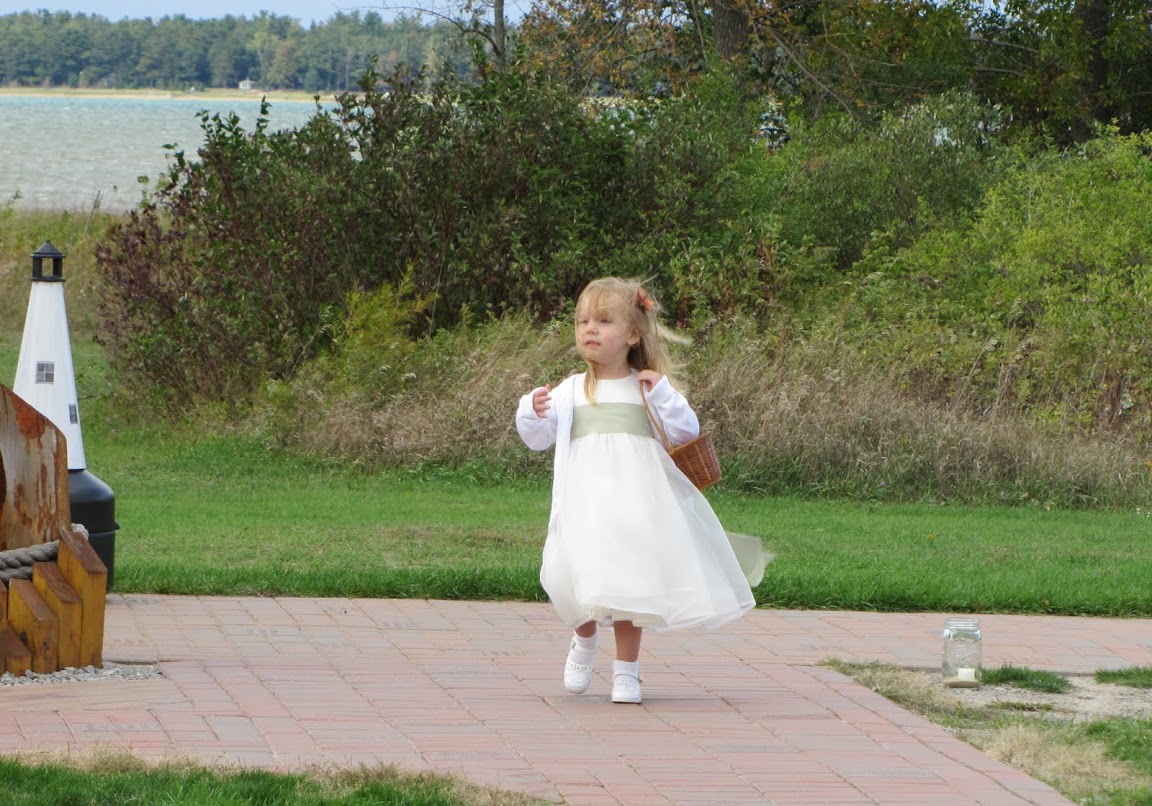 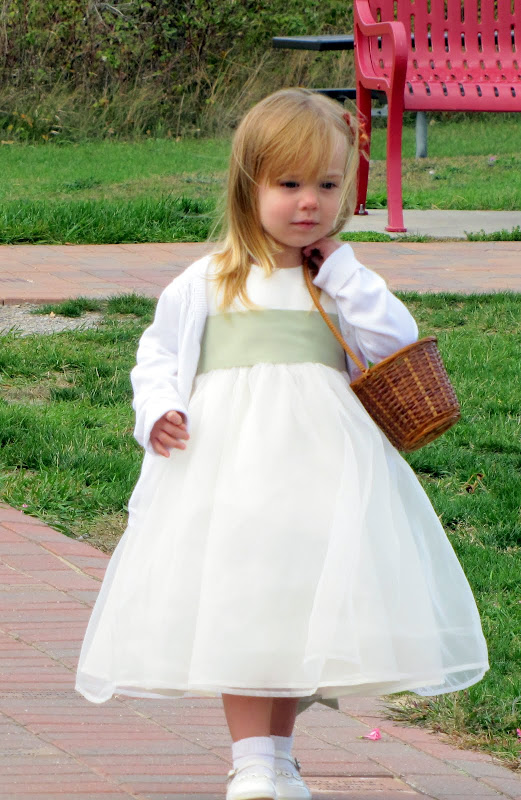 The ceremony was short and sweet, which was good considering. I thought it was so beautiful that the sun came out just as the bride came around the bend, and it stayed out until the ceremony was over. It was really warming sun, too, and I just remember thinking it was so perfect. Jeff’s cousin is on the right, and his lovely Lisa on the left. 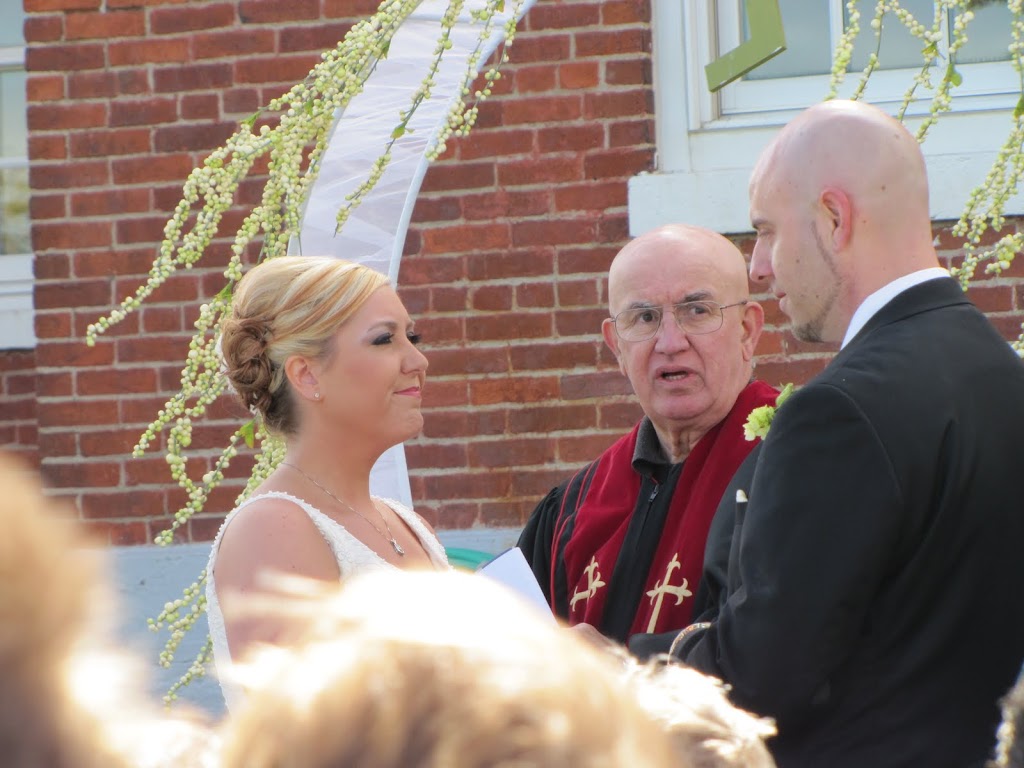 I have mixed feelings about marriage these days, especially considering that it’s being used as a means to discriminate against so many of our brothers and sisters lately. However, I will say that it’s always a good thing to witness the proclamation of love and loyalty and to be part of the community that supports it. 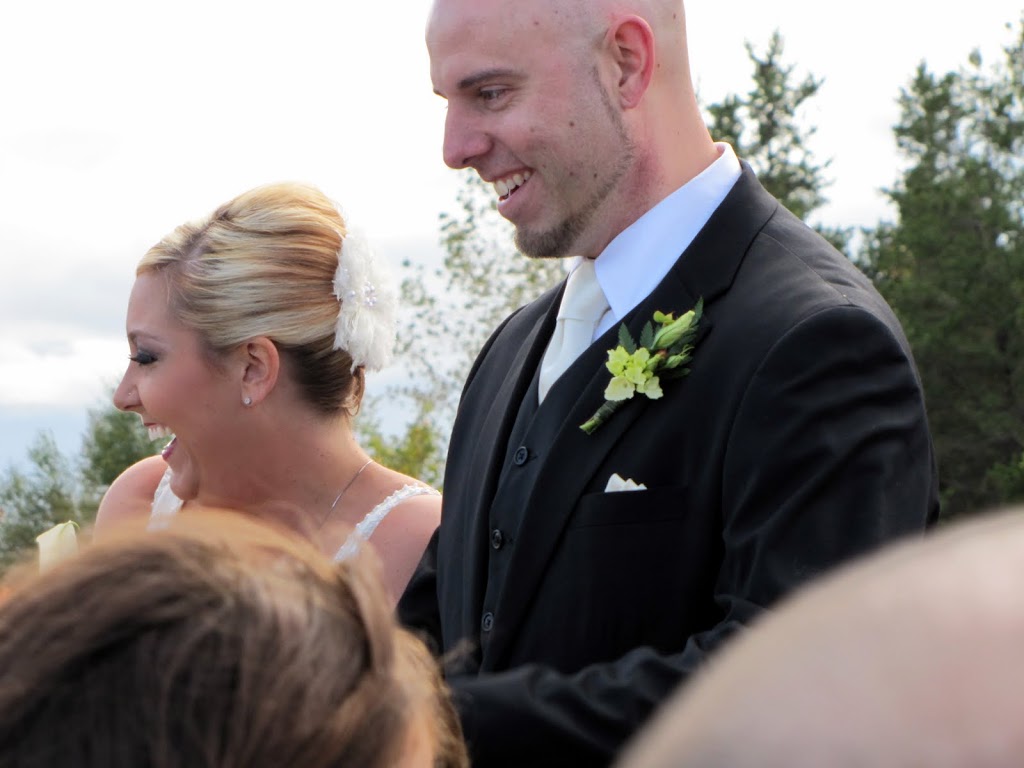 Pretty cake. Although, I’m such a stickler about refined sugar these days, I couldn’t bring myself to eat a piece. I didn’t even want it after I took a little taste of the frosting. I probably would have if it was like a cream cheese or a whipped cream frosting, but that super sugary stuff just can’t compel me. I’m becoming such a nerd. At least I was able to admire the cake! 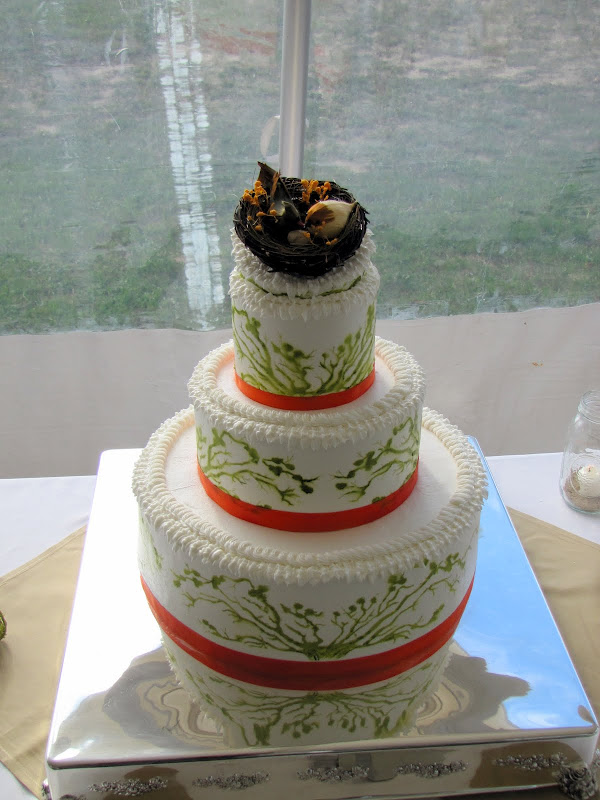 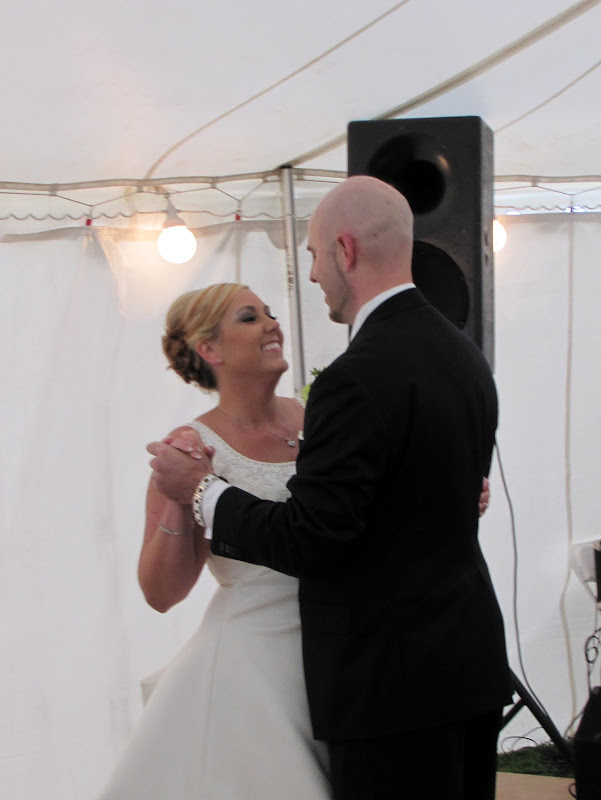 The rest of our time was spent loving that place. 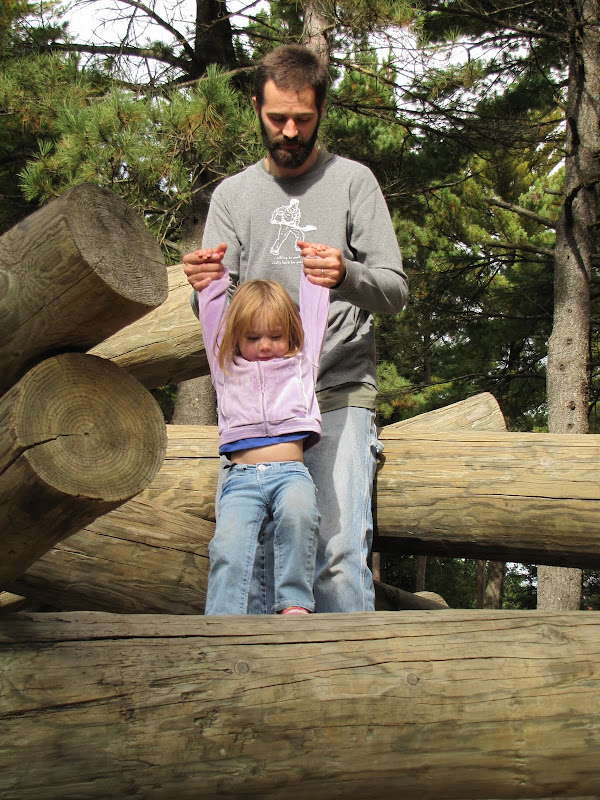 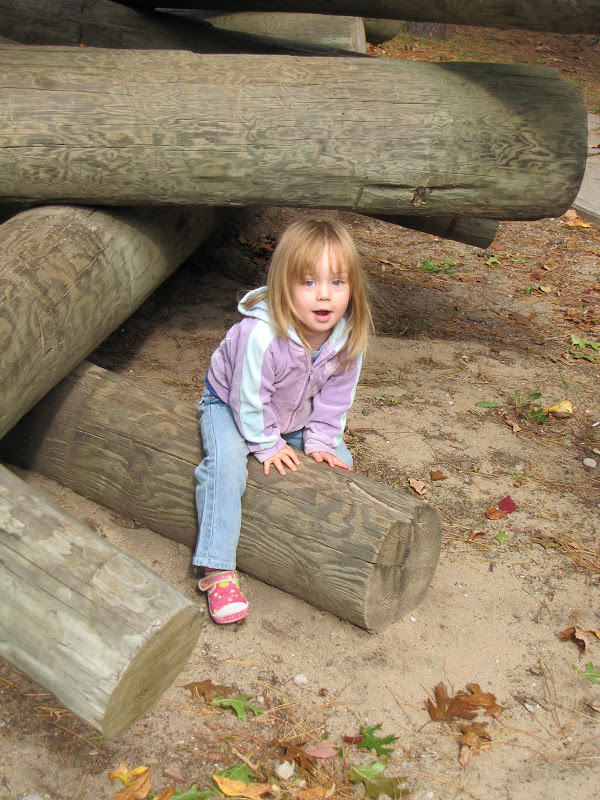 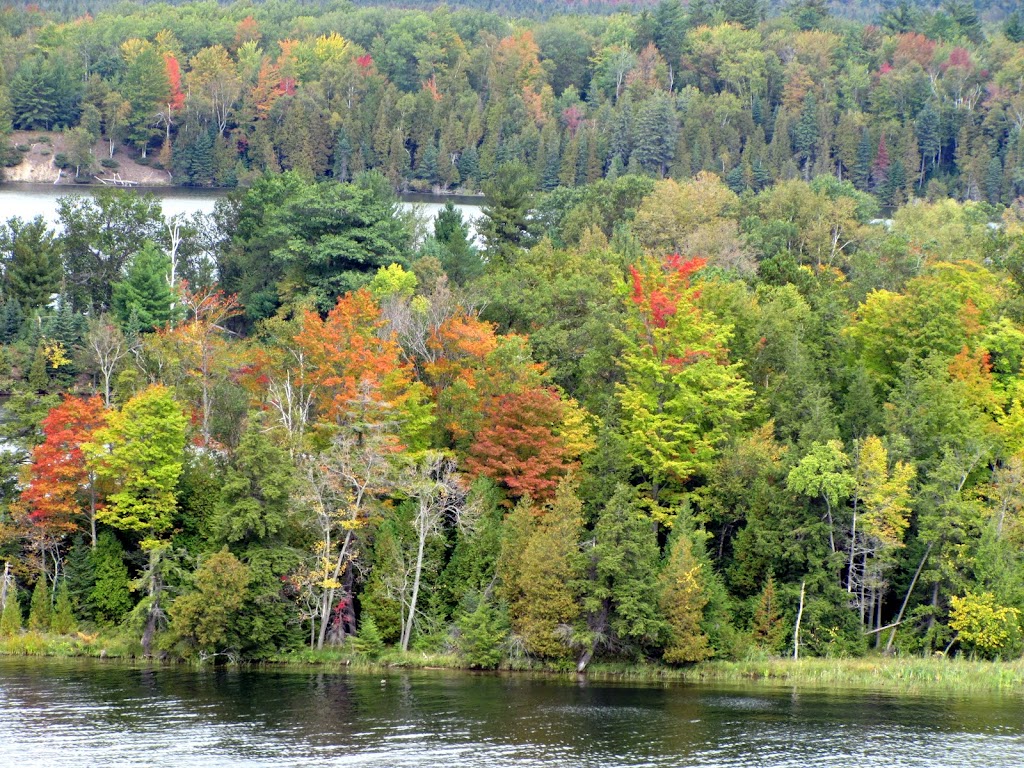 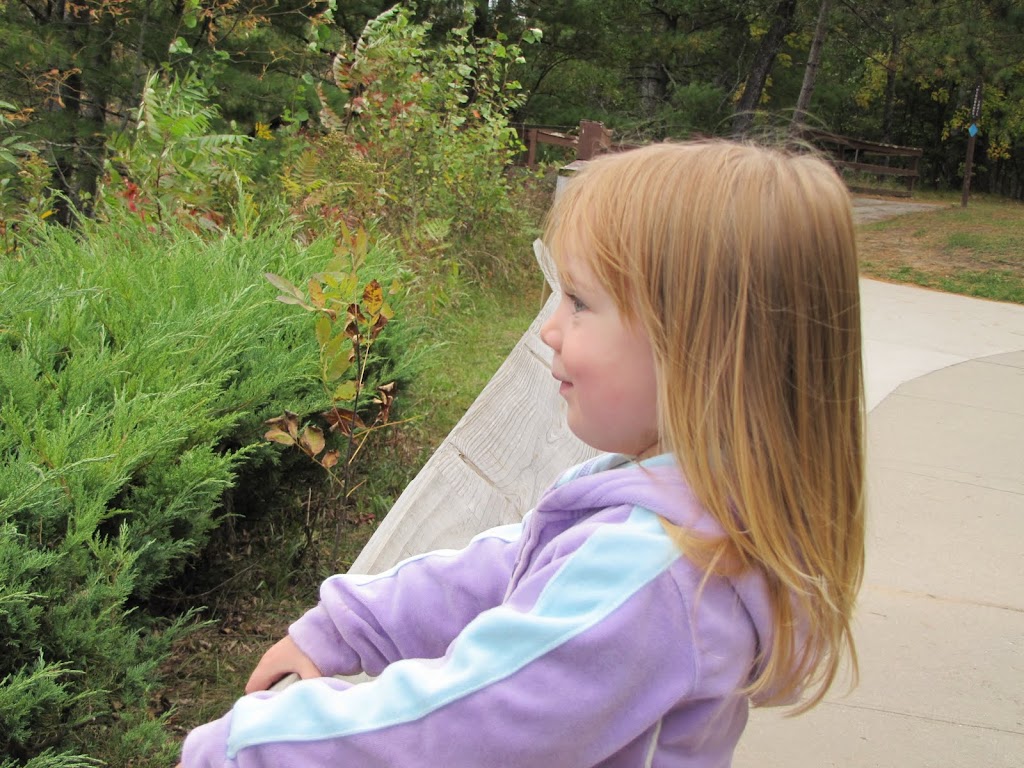 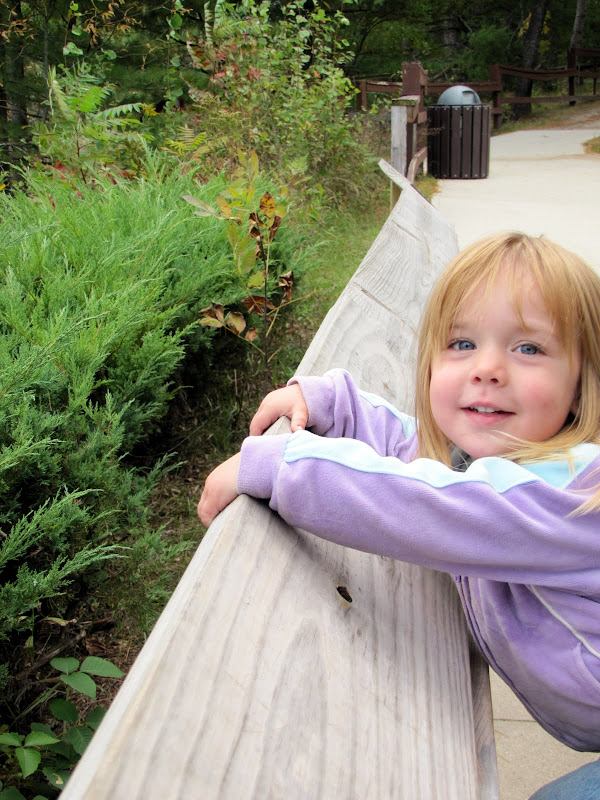 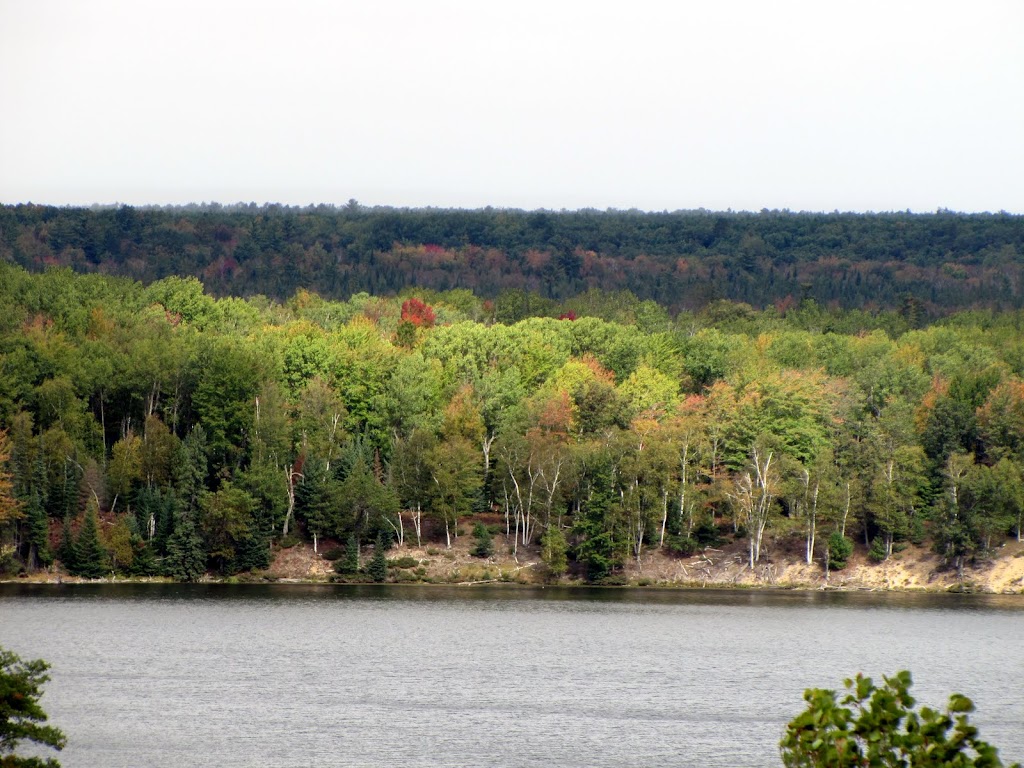 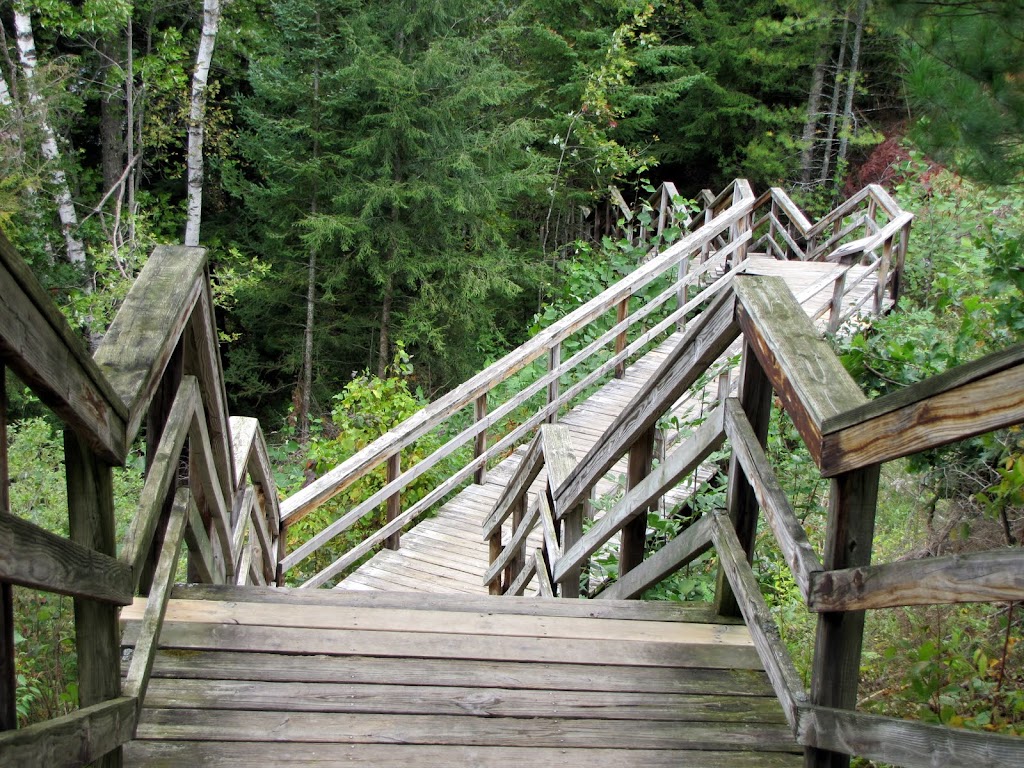 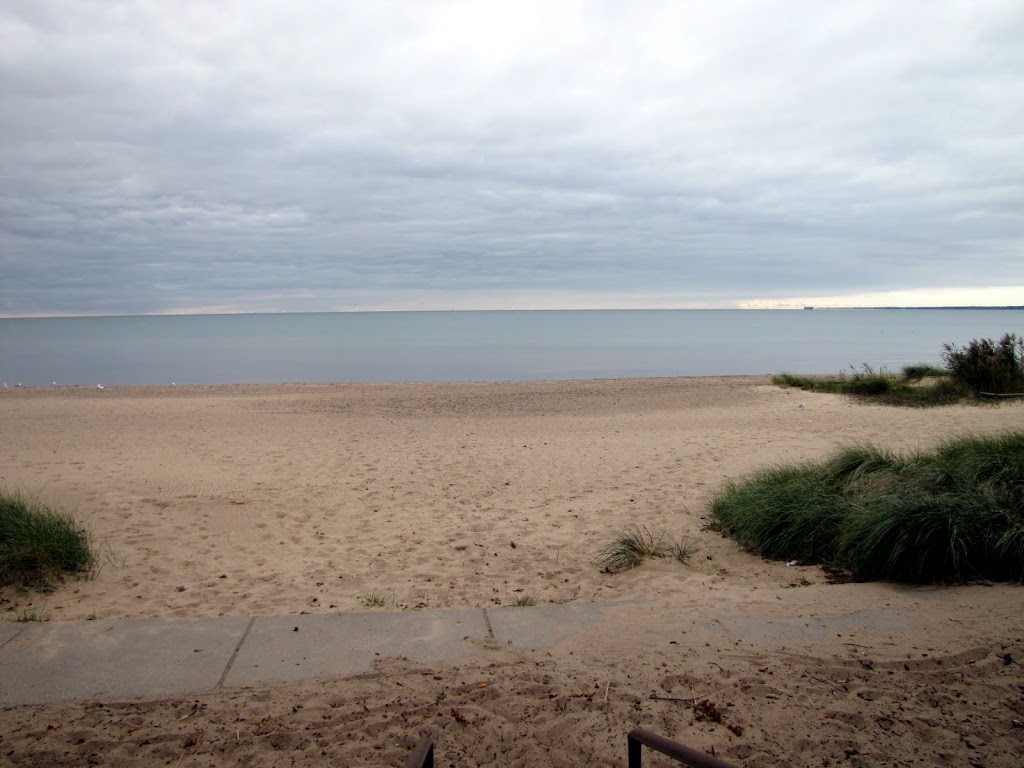 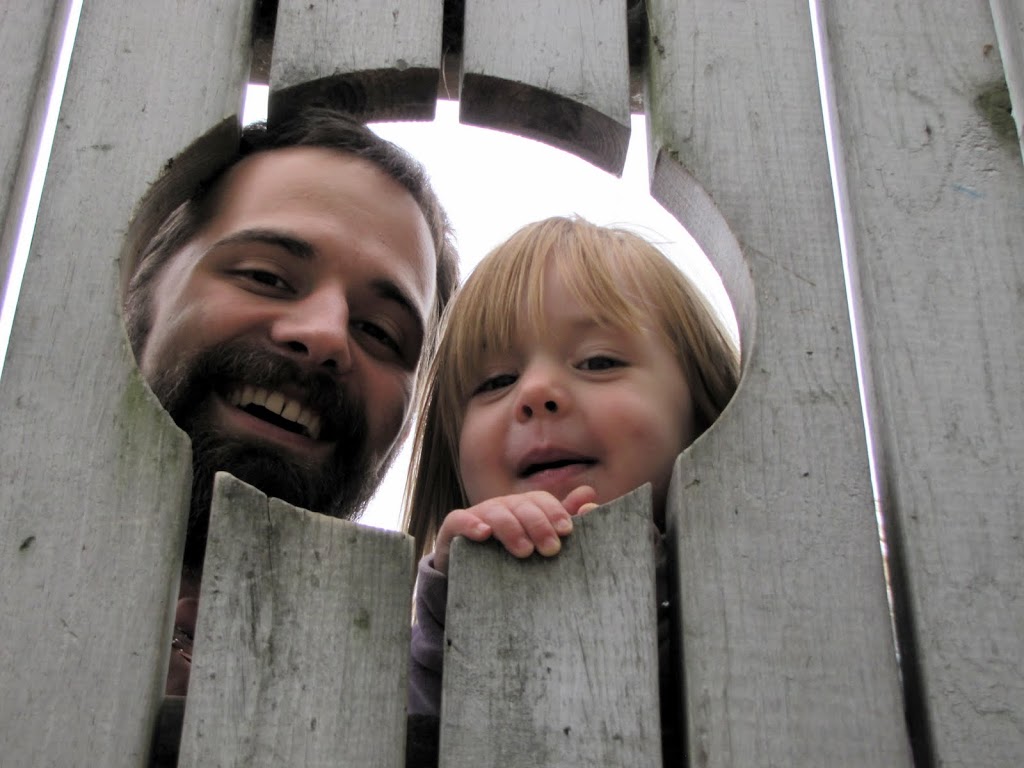 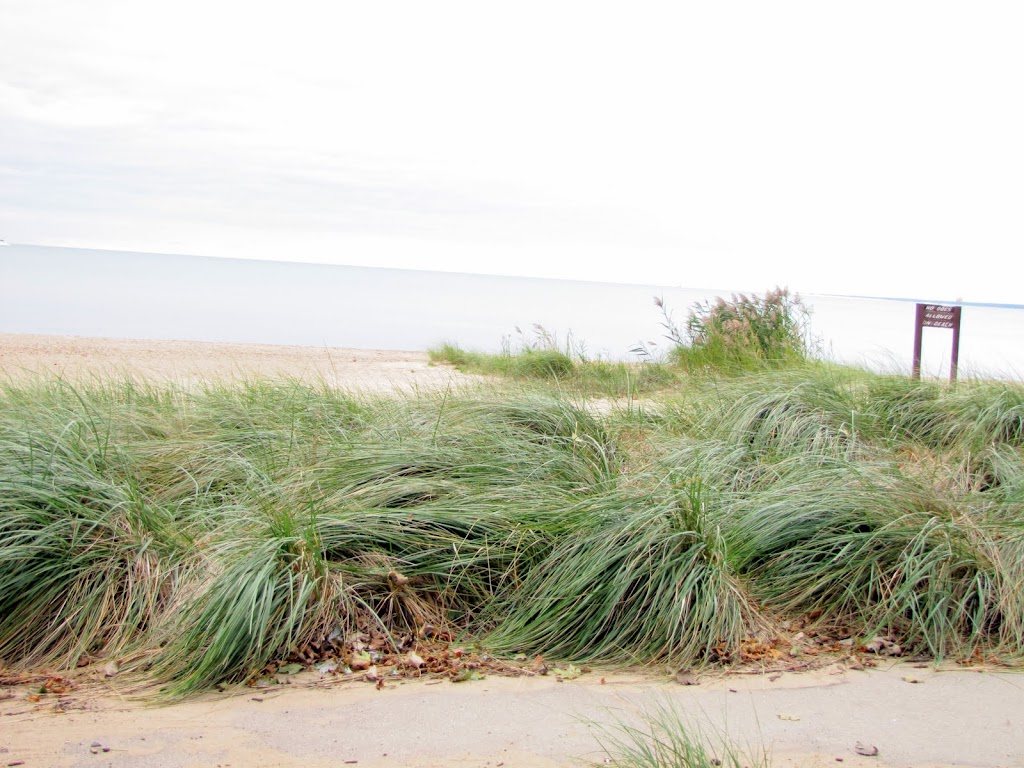 My little elf baby is so fun lately. So alert and smiley- he actually let out a good giggle on this trip when I was playing with him on the bed. And I swear, I could just smoosh those cheeks all day. Compliments to my talented sister G for the beautiful knit hat he’s wearing that I can’t get enough of. 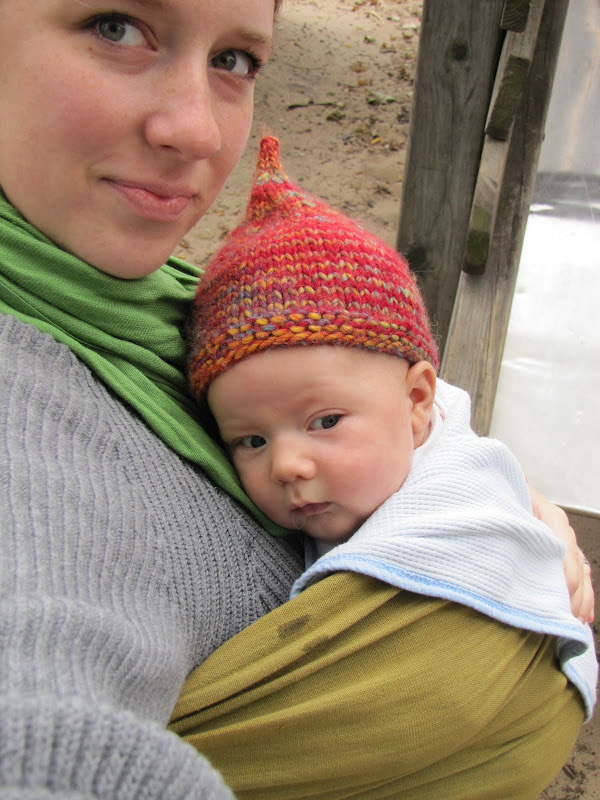 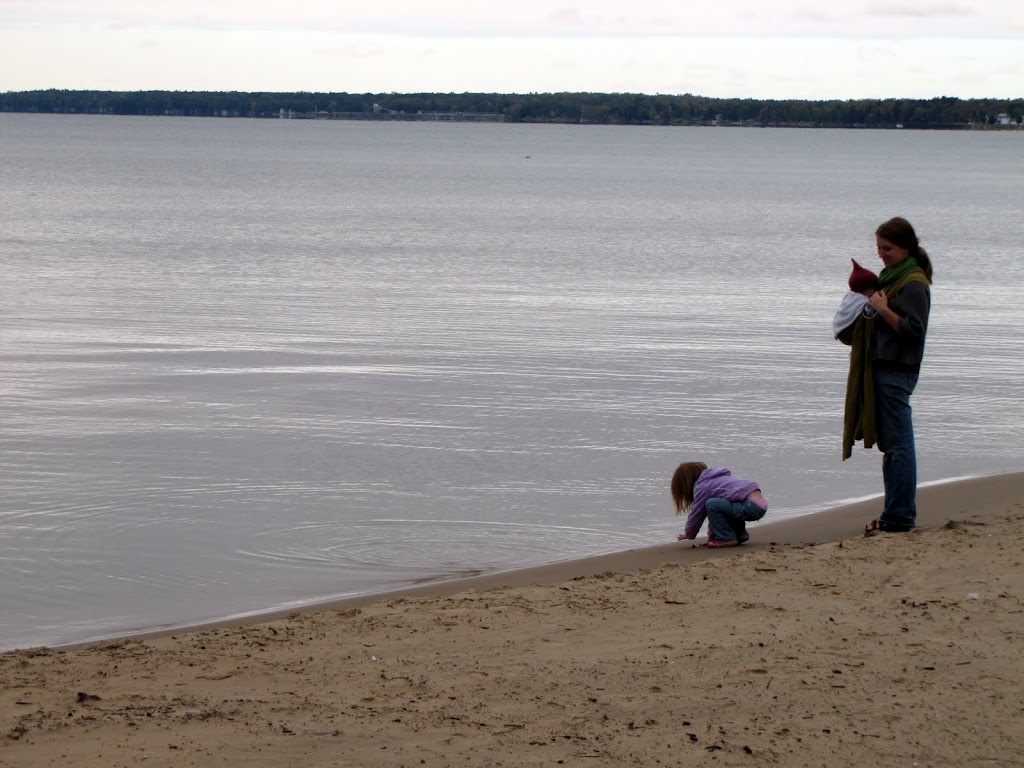 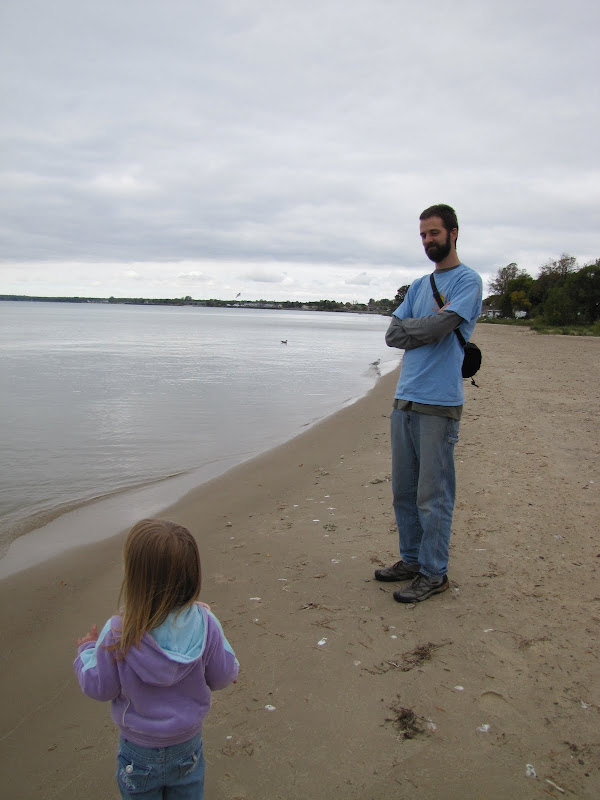 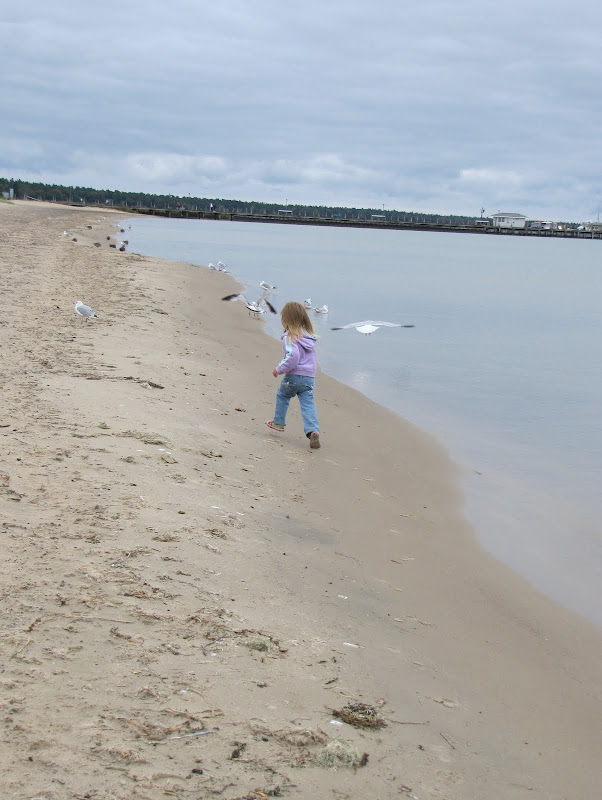 So today, after a little harvesting, just barely unpacking everything ,and getting diapers in the wash, I’m leaving it at that and going to spend the rest of the day with the kids at my sister’s house- talking over warm bowls of soup and later-than-I-should-be-drinking-it coffee, kids squealing and fighting and laughing, with a mess waiting for me at home… because that’s what life’s about anyway.