Jeff and I got up early this morning with the kids. Jeff expressed his desire on this Father's Day to just go out to the land and work on hooking up the rain barrels before we have a whole day of family stuff to do. What a guy! As he was loading up the truck to go out there, a woman walking stopped across the street to ask what the straw bales are all about. Jeff enthusiastically explained that they are an experiment- a way for us to grow food on that strip of land between the sidewalk and the street without having to compete with the maple roots, etc. She said that she didn't see anything planted in them, and so Jeff pointed out the broccoli and the squash, and told her we still have a few more to plant. Then she said something that sounded to Jeff like "They look awesome!" and so he replied "Thanks!!"

(This picture is from back in early spring. I'll take an updated one soon.)

But that's not what she said. She corrected him and said "They look absolutely TERRIBLE." So he responded, "Well, it's not really about the aesthetic, it's about growing food." She replied "Well, the rest of us have to look at it." He shrugged and told her he was sorry to hear that.

What is this? What kind of a world do we live in where people get their panties in a wad over some straw bales on someone else's yard, and yet don't complain about the amazing amount of other much more pressing (and ugly) shit that's going on in the world? Her feeling is not a surprise to me. I've seen many inquisitive looks and a few disapproving smirks. But, the fact that someone went out of their way to find out about them and what we're doing and then wanted to impose her point of view. I thought a little bit about what she wanted to accomplish with her words. Perhaps she wanted to sell us on the idea that the pleasantness of her walk (which is apparently dependent on the appearance of her neighbors' yards) trumps our desire to be self-sufficient? Not gonna win us on that one. Perhaps she's just a very unhappy person. I mean, I hate to draw such conclusions, but when you're driven to say something with the aim to disempower someone else's creative efforts, I kind of think that means you're miserable. Especially when those people's creative efforts are to grow food and are only a bother to you for superficial reasons that need not have any bearing on your life. Sad!

Anyway, I'm sad that there is so much time wasted these days on stuff like this. I would not be surprised if a person like that would call the city to complain. If that were to happen Jeff and I have already resolved to fight the issue, because the straw bales are not permanent or endangering anyone. So, if the city were to give us trouble I would think they would have to actually write in "No straw bale gardening on the parkways". Which would be such a waste of time. And kind of funny. 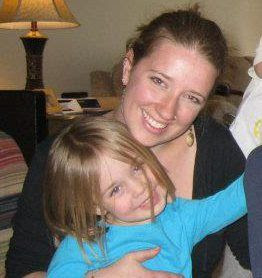 But what was really great? This exact same scenario a mere one year ago would have left me feeling insecure and upset. Now? I really wasn't thrilled to be seen as such a bother, but I really understood that it was just simply not my problem. And for me, that's a big deal. I'm a person who has notoriously taken on other people's problems and cared far too much about being liked. So this is some serious progress. Then just this evening I heard through the grapevine that someone else had been talking badly about us and made assumptions about our finances and motives… and it was the same kind of revelation. This person had made inaccurate assumptions about things that don't even affect them- essentially just trash talking. While I don't particularly like being talked about… again, not my problem. And I really feel that this time, I'm not just telling myself to believe it. Oh my, so liberating!

So I'm growing, and I just saw how much I really like my life and my family. We're doing our best to be honest good people, doing what we believe in, and that's all we can do. I feel really solid in what we're doing and what our motives are. It feels good. How funny that a disparaging comment or two could leave me feeling more secure than before! Anyway. I'm glad to know that my life and work is so much more valuable than a nice lawn. I hope you all know that about yourselves too. 🙂