Harvest party = success! Everything was so nice. A really cool mix of people, it had me reflecting on our community these days. Just about how it’s slowly changing and morphing into something that I’m really happy with. Family, friends, neighbors, children… Just lots of people that we love. There were definitely people that were missed, but hopefully we’ll be doing this for years to come!  Also, hosting? No big deal. I used to kind of hype myself up over stuff like this (probably partly because of just a little social anxiety), and while I certainly used this as an opportunity to get rid of some stuff and get the house really clean (er, just more clean than normal…), I just didn’t let myself stress too much. I was all ready to make a cheesecake, but then realized it would be too much so I just stuck to offering some pickled goodies and getting the house together. I even had a lot less help than I normally would, and still it was just fine. I think this was for two reasons- a) everyone there was truly loving, good folk. Worst case scenario, they gaffaw at my dirty house and still love us. Not much to fear when it comes down to it. I think this means I’m hanging out with the right people. b) I no longer let anxiety rule me. Things are always better when I don’t. Anxiety and stress seems like a living thing, the more I think about it. It’s a presence in our lives, surely, but we can choose to either feed or starve the beast. For me, getting out of my comfort zone is really helpful- exposing myself to what I imagine to be a stressful situation (i.e. Lots of people in my house, talking in front of lots of people, etc.) and pushing through it. The initial discomfort is usually small in comparison to the reward of, in this case, good food and friends and a warm fire- and most notably, the feeling of community in a world where that resource is becoming more and more scarce. 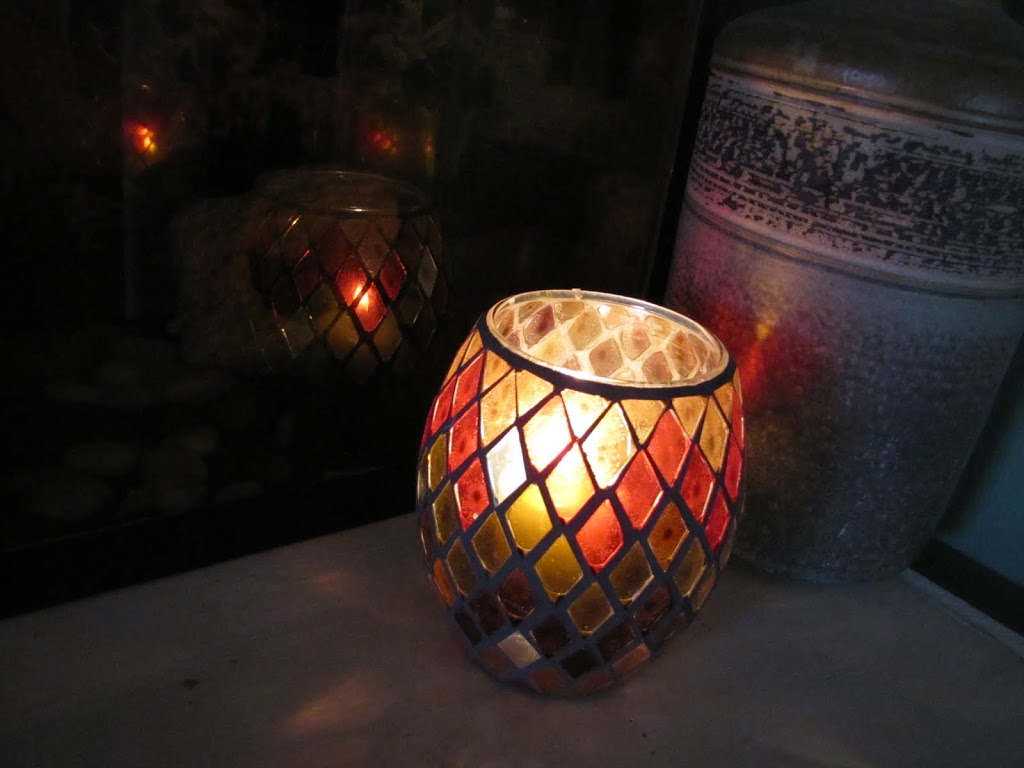 Vera was very excited to be a fairy, and I had fun making the costume (which stayed on for all of like 10 minutes…). I stuck fake flowers and some twigs in my hair, dressed Asa all in blue, and called myself a blueberry bush. Although, my little blueberry made his rounds and then promptly passed out for the night around 7pm. Vera went strong until around 9:30 or so- playing in the garden and leaves, and then going down the street with Jeff for this magic show that a neighbor puts on every year. I’m told it’s really bizarre, and I’m excited to catch it next year. 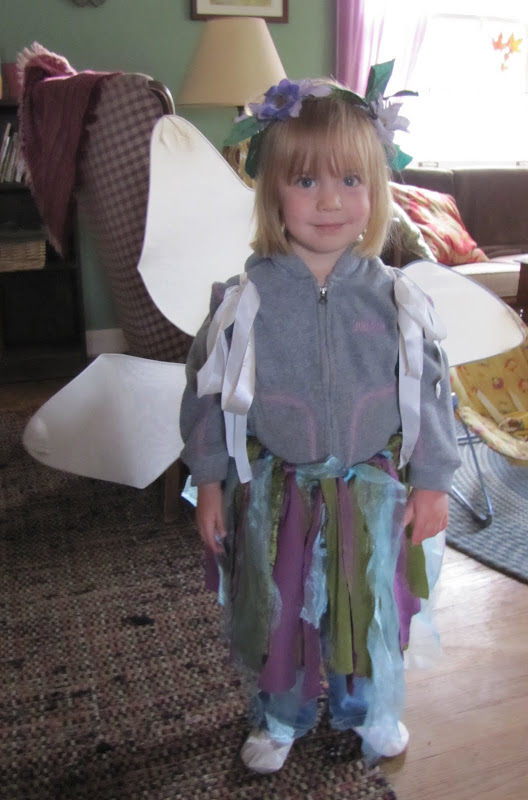 Here’s the ofrenda my sister put together. Very beautiful. Next year I’ll be sure to put up more pictures of people I want to honor, but I just didn’t really have the time this year. 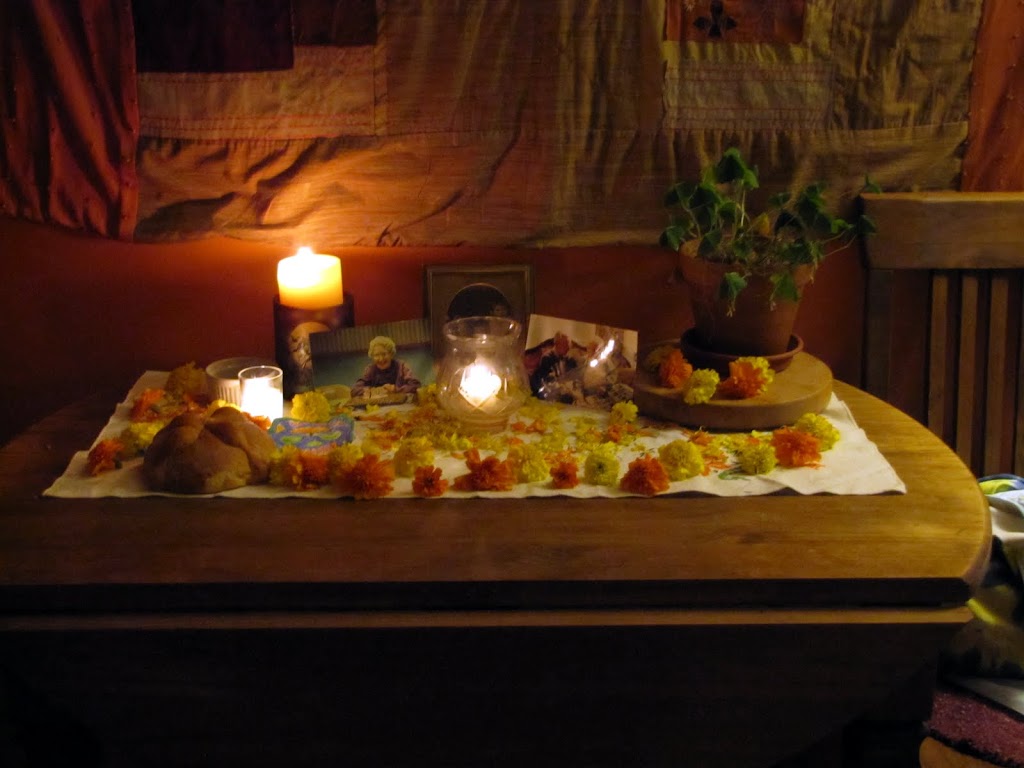 However, my sister did a great job of honoring the people who have passed on my side… which haven’t been many (that we’ve met, I mean). My great grandmother, pictured on the left, who died in 2006 at the age of 107. Pictured in the middle there is my grandpa (mom’s dad) and his two sisters, both of whom we’ve known and passed recently. All four of my grandparents are still around, and I feel very blessed. Although, I feel bad that I didn’t get to put up a picture of Jeff’s grandmother, who I felt very close to and who passed last year. Oh, my sister also put a shot of rum on the table to honor my great-grandfather on my mom’s side… let’s just say we thought he’d appreciate it. 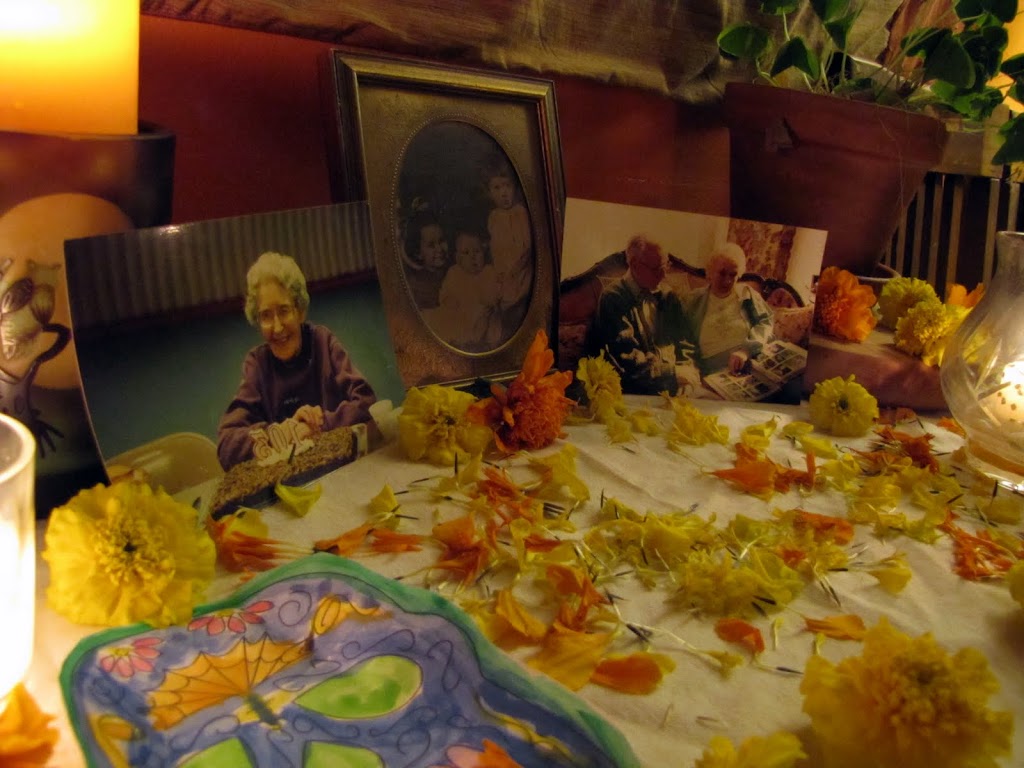 Unfortunately I didn’t think to take many pictures, but this pretty much sums it up: 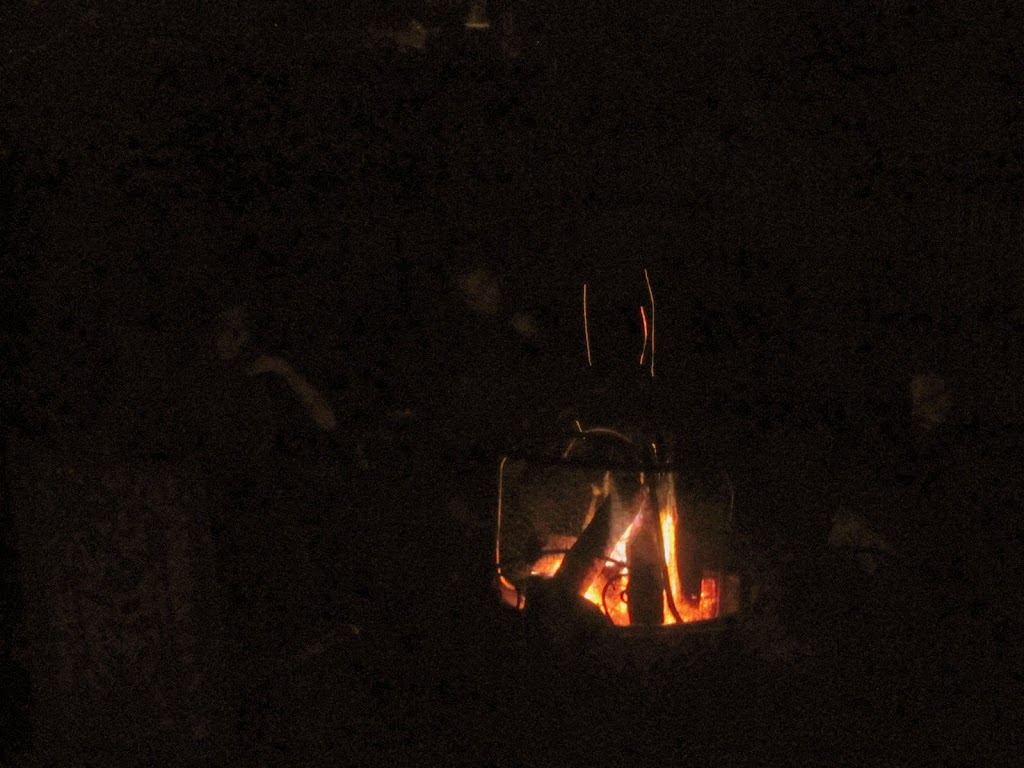 And the remnants that I’ve got to deal with today. There were two fire pits, lots of great food. There was a lot of squash and pumpkin things (although they were all really unique and different), corn chowder, Mexican sweet breads, salads, pickled things, mulled cider, etc. 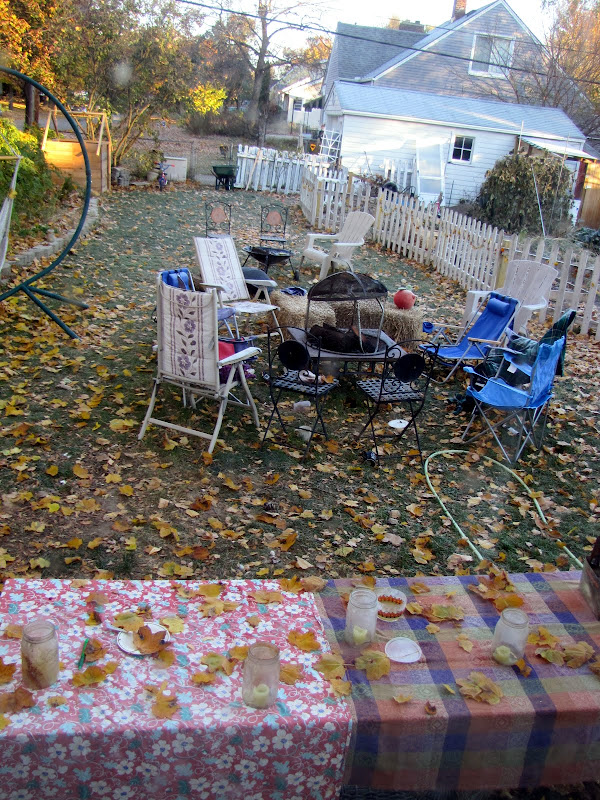 My friend and I strung together the last marigolds, and we lit up the yard with candles in old mason jars. It was warm and fun and we’ll definitely be doing this again. 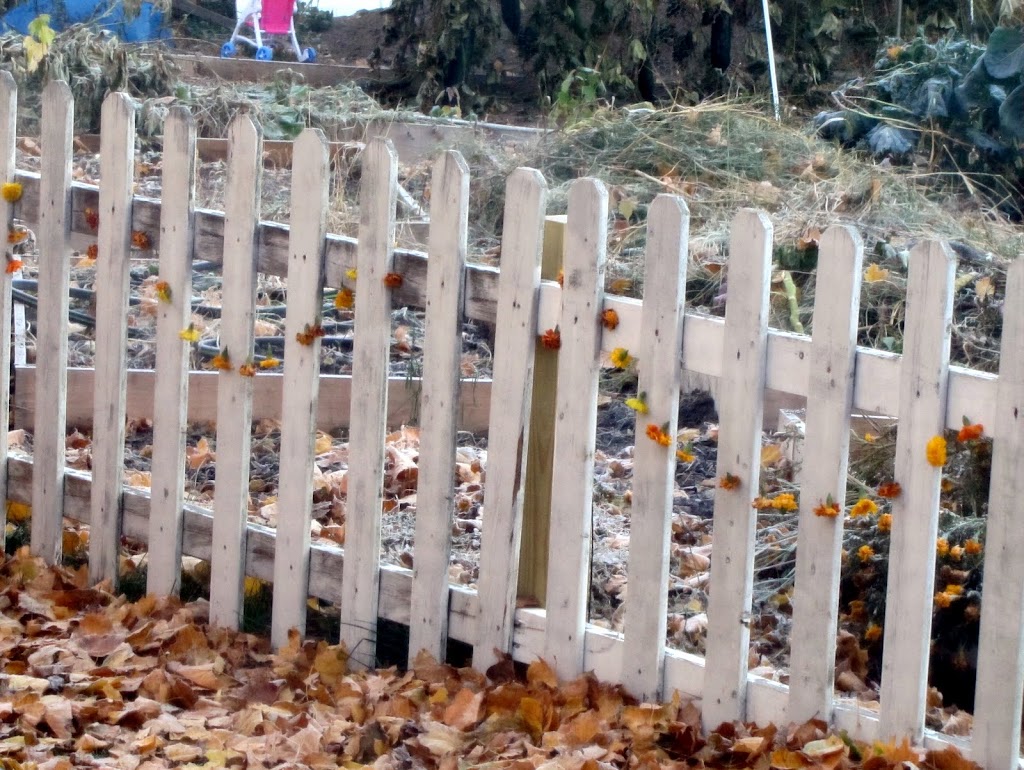 Anyway, this morning the kids and I have taken it easy. Breakfast and coffee, Vera and I made play-dough, and later I’ll be cleaning up a bit. Hello November! I’m also going to take a minute today to plan out some Christmas gifts. This season has brought up a lot of thought about holidays and how to celebrate them. It’s tough when you’ve got so many issues with all of them, but I’m finding that I prefer a bit of a balance with these things. Just like Halloween- I needed to find the parts that I liked and just build on those. In time, we’ll have to be really honest with the kids about why we do things a little differently (or likely, why they can’t have this or that for x-mas). But I’m feeling more confident all the time- like I don’t have to have it all figured out. We can just have some fun and do some things differently. Especially now after this great harvest party, which I can see easily see becoming a tradition for us.

I hope you all had a great Halloween!