These days lately have been packed to the brim. I’m generally tired and over-caffeinated and in love with life. I’m squeezing in moments of writing here and there, but forgive me if I’m not around so much in the coming weeks. Babysitting all day, then sowing hundreds of seeds for the Farm until 9pm, and then coming home to a teething babe… that’s been the flavor of things lately. But I am happy, I am inspired, I am excited to see what this year has in store for me. Plus soon I’ll be starting a new blog for my work garden, so that will be fun.

This is Vera’s favorite little play spot these days when the weather permits. She goes out there with her little blue shovel and just happily digs. Yesterday while I was watching all the kids we went out and enjoyed the weather and I worked on making our little fire pit area. The girls dug and dug and found worms. They were so excited, carrying them around carefully and asking all about them. Anyway, that mound of dirt will soon be greenhouse. We finally have all the windows we need to make it. 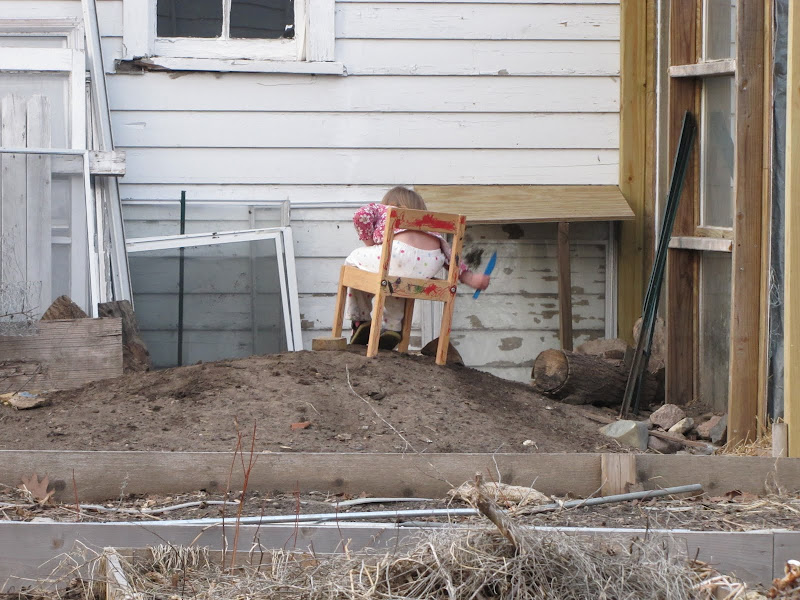 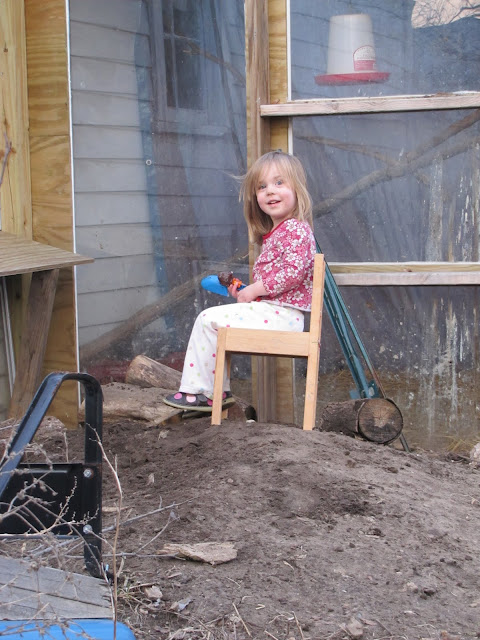 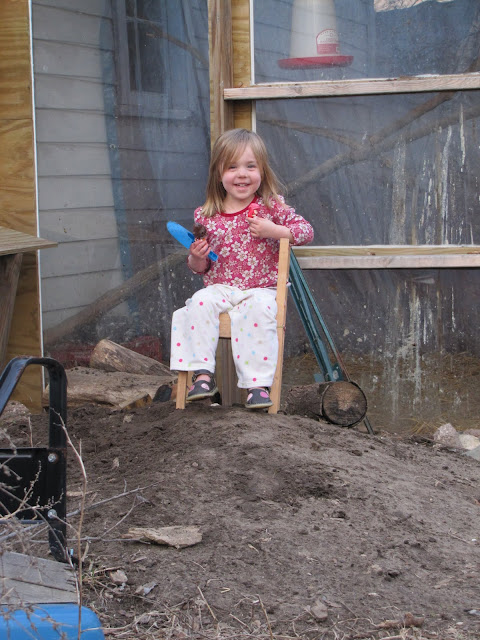 You know, when I took the above pictures all I could see was Vera’s sweet smile, but now I look and see nothing but chicken poop streaks on that window… 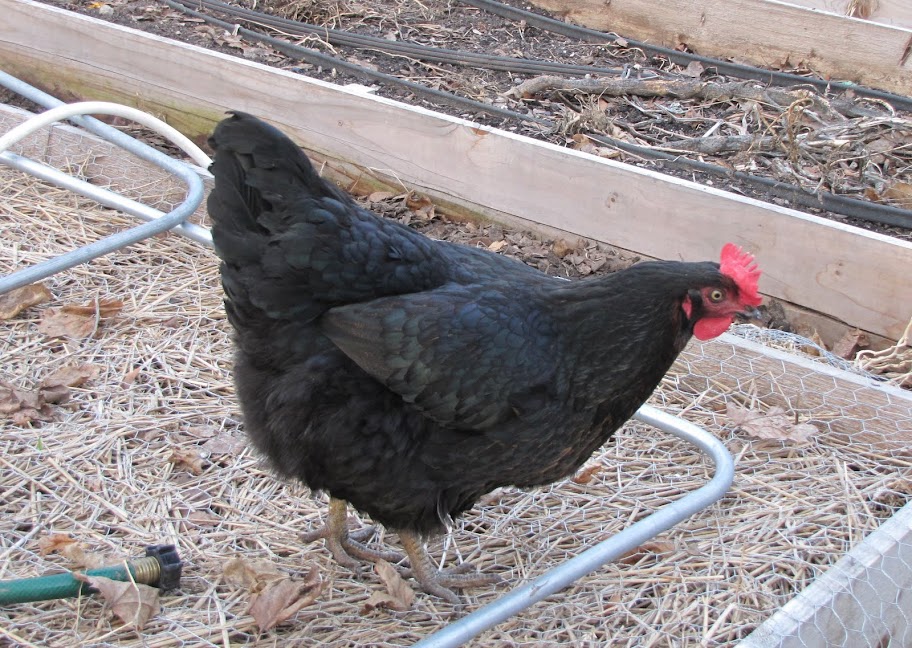 I love these chickens. I’m letting them free-range as much as possible before it’s planting time. When the garden is in, they’ll have to stay in their coop. Thankfully, I’ll be giving them loads and loads of fresh food from the garden, but if I let them out they’ll just ravage the place. But I guess that’s the way it goes when you’re a city chicken… 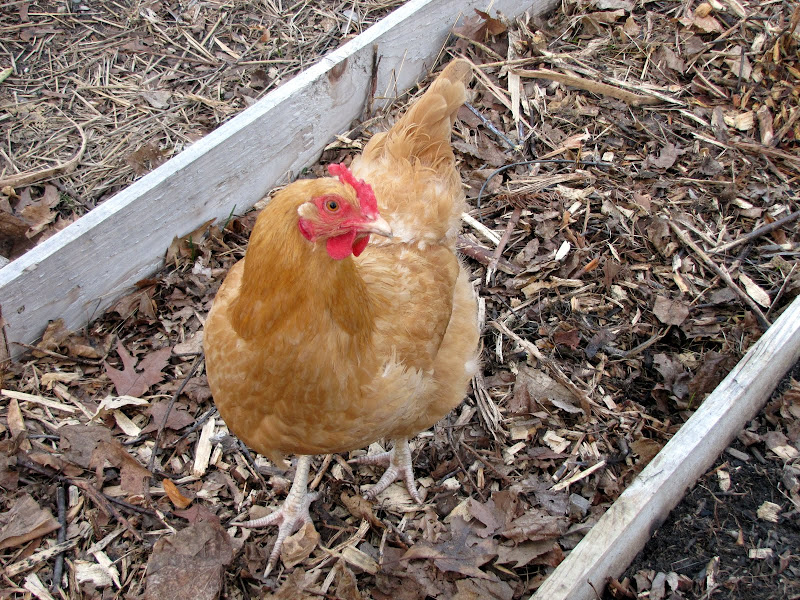 Sweet little guy. He’s got both top teeth now, although I think the right one is still a little sore, as it hasn’t pushed completely through. Soon I will have a night of rest… maybe it will be tonight. He’s such a sweet easy baby, but nights are hard when you’ve got a sore mouth. He fusses and nurses and is just generally restless. Which just means I fuss and nurse and am restless all night. It passes quickly enough. And he’s ridiculously cute otherwise, so I’m content. 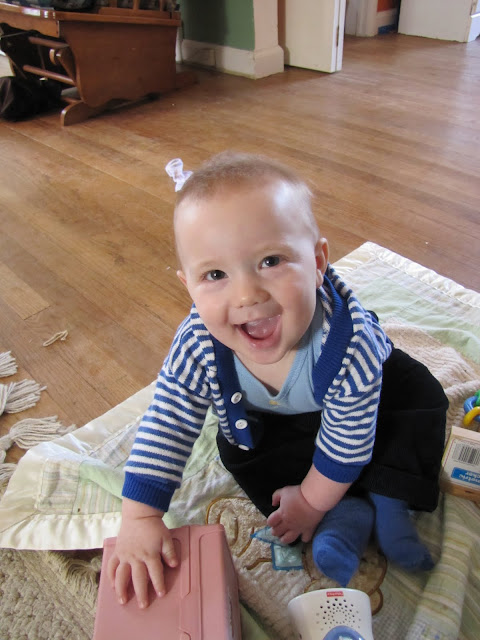 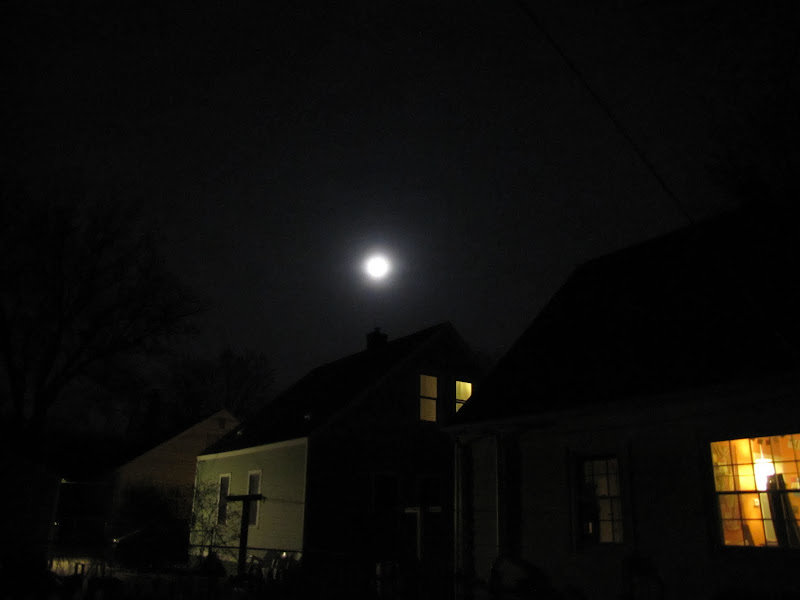 Seeds for work. Lots of seeds. I ran into an issue, and I have to rethink the whole design of the garden. Basically, the site is infested with quackgrass, which is an awful crazy weed, so I’ve got to take some measures to get rid of it. So, the full garden won’t come to fruition for 3 seasons, but it’ll still be very productive in the meantime. I just won’t be planting any perennials yet. I was a little discouraged at first, but now I think this is just one of the things that you have to deal with as an organic gardener. You just have to yield sometimes and make the best of things. 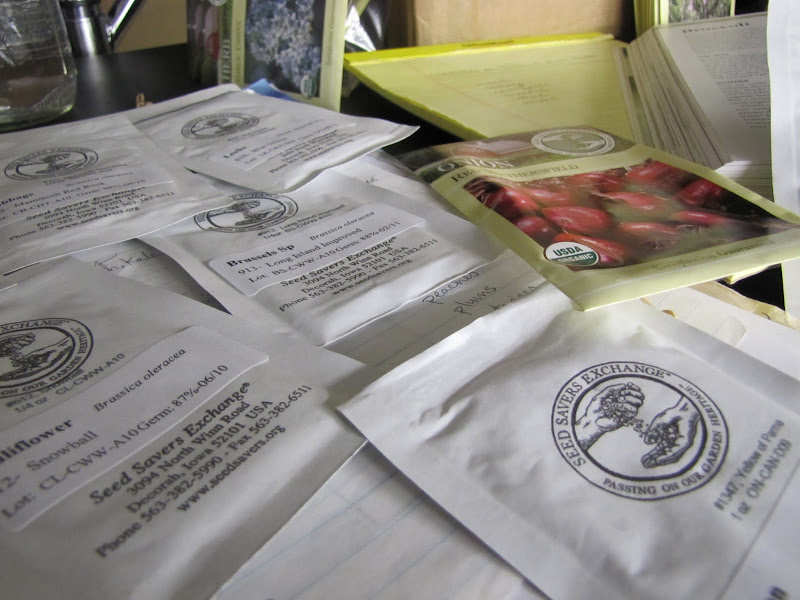 Soil blocks. It took a little time to get the hang of it, but now I am busting them out. I like them a lot. They enable me to start a lot of seed in a small space. This way I can just put one seed per block, rather than worry about doubling them up to make sure they germinate. I just planted a little more of everything than I needed. When these have all germinated, I’ll transplant them into larger blocks. Viola! No transplant shock, no wasted seed or space, and no plastic cells to fiddle with. I suppose it’s a little more labor-intensive than just putting soil in containers, but I feel like this is a good way to go. I’m excited to start seeds for my own garden in the next few days. 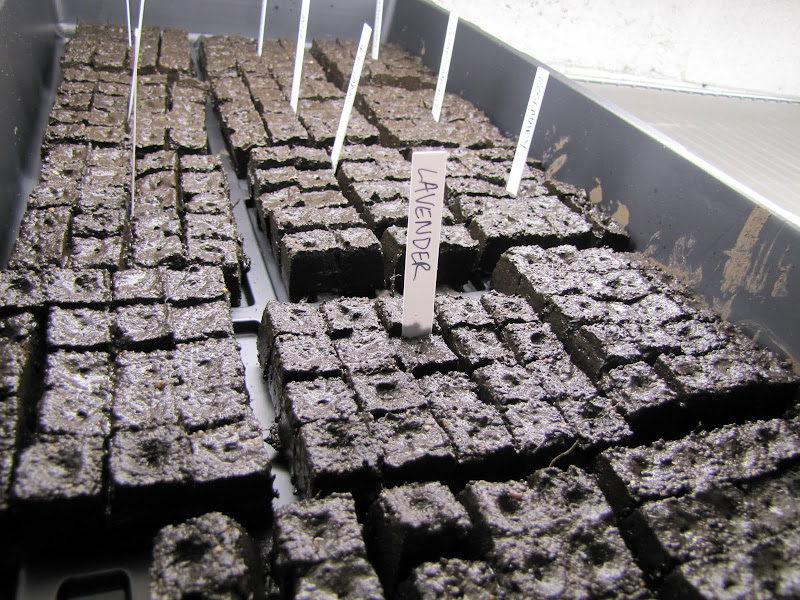