For lilacs. Definitely one of the highlights of spring. 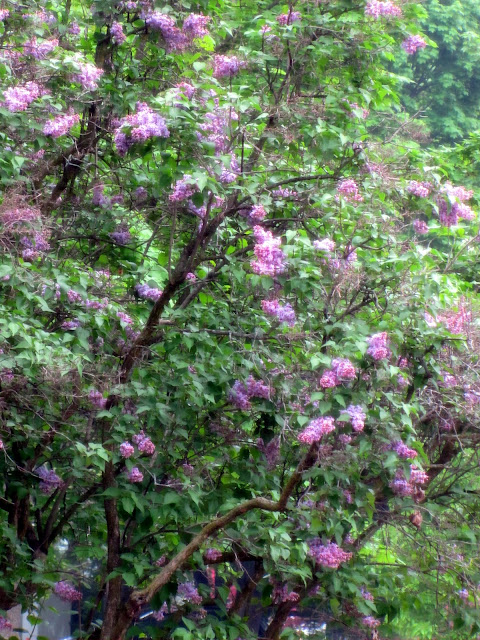 For exactly the bench I was looking for, bought for the exact amount of cash floating around in the bottom of my bag. I was just a couple of blocks away from home, and I managed to stuff it precariously into my trunk and make it home. Thank you Universe! 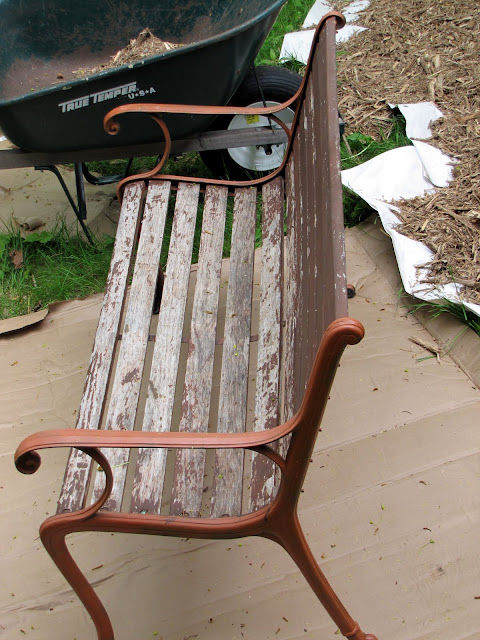 For mulch. Mulch cleans everything up so nicely! It’s a slow process with two young children underfoot, but I’m beginning to see things come together. 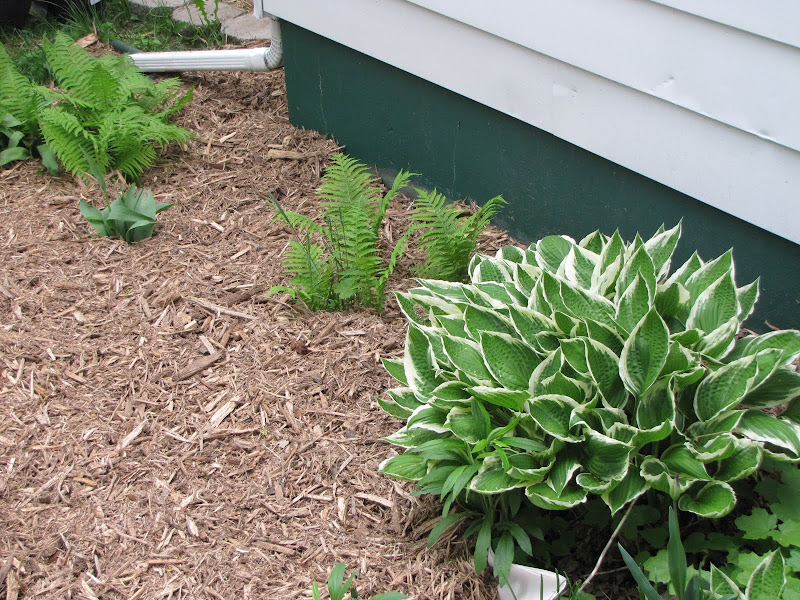 For Jeff and his endurance these past few weeks. Working two jobs and coming home to more work, childcare, what have you, and doing his best to help me work too… he’s just been awesome. Soon he’ll be down to one job and a solid schedule, and I can’t wait. But until then, we get to see just what we’re made of. 🙂
I’m also grateful for how flexible and creative he is. We ran into trouble with our outside building plans. We likely can’t put together the awning we wanted (at least not in the place we wanted) because we’re part of the historic district, and we’d have to get it all approved by them. Our house is not a historic house, it’s just directly across the street from historic houses. So we could try for it, but basically we found that it’s not likely they’d approve it (they don’t even approve wheelchair ramps, so yeah…), and it’ll be more hassle than it’s worth. I was pretty upset when I found out, but Jeff was totally cool about it and switched the plan around (they don’t have any say about the back of our house). He came up with this great idea for it all that will cost us next to nothing… Now I’m pretty excited to watch it all come together. Details soon.
For this little boy and his sweetness every morning. He’s so happy and cuddly and squinty… I just love it! 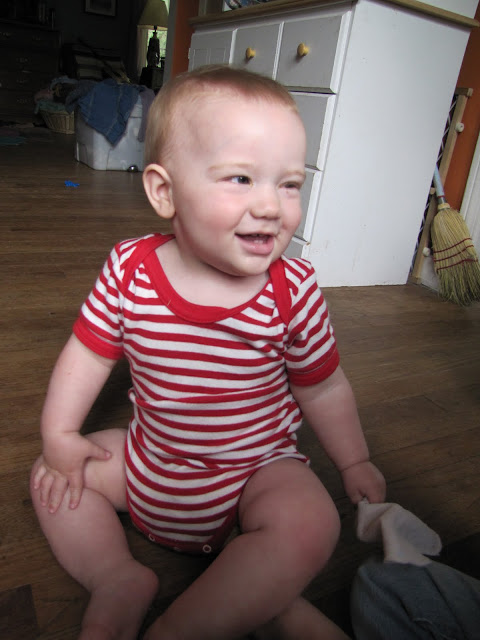 For my Vera’s eyes. Yesterday her cousin found an old bottle of some kind of herbicide in my parent’s backyard. Her experience with spray bottles is limited to water or a mix of apple cider vinegar mixed with water (for cleaning). So, it makes sense that she was alarmed when my sister and I came squealing out of the house for her to drop it after she had sprayed Vera’s face and hair with the toxic stuff. I swooped V up and doused her eyes in water while she yelled for me to stop. Her eyes were all pink and irritated, and I was scared. We called poison control, and they told us to irrigate her eyes for longer, so I had to pull her into the shower with me and hold her under the water. She cried and cried (which I think helped), and then we laid her down on the bed with a cool wet washcloth covering her eyes while we fed her chocolate covered sunflower seeds. The redness went away, and she said she could see just fine, so we’re hopeful that everything is okay. I hate that those poisons even exist. They aren’t safe, and it’s not worth the risk. But anyway, I’m really grateful that she’s alright, and that there doesn’t seem to be any lasting damage. 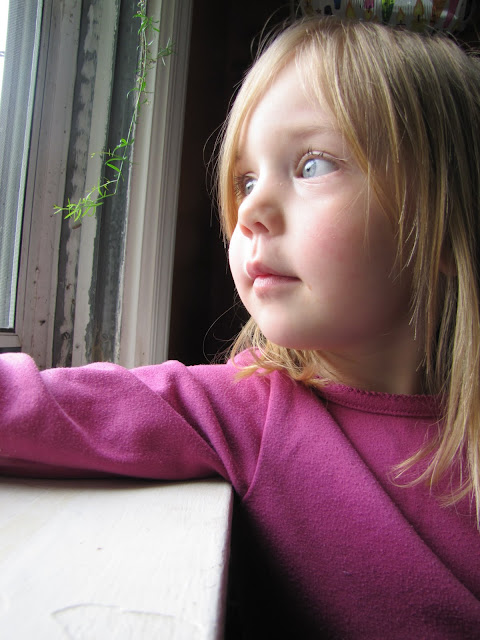