… er, as ready as one can be in these kinds of situations. I don’t think anyone is ever really ready for the force of a new life- we have to let it mold us into the people we need to be. That’s just my theory anyway. But I mean in a practical sense, the bathtub is scrubbed, the garden is going on its own, I’ve got two huge boxes of stuff to give away, birth supplies are together, and we spent the whole weekend organizing and smoothing things over a little. Jeff took the day off yesterday and we were just a whirlwind. At dinner we both looked up and said "Oh hi!" It’s not like everything is just magically done, but the projects that are left are just projects- they won’t impede on everyday life. I even made a chore chart for myself (well, really us, since Jeff will have to help for a while until he goes back to work), and I really think it’ll keep us from drowning in dog hair or toddler goo (they aren’t gooey, but goo seems to follow them…). So far so good! The only thing left really is the big sister doll, which I have to get some major work done one- but that’s fun. Hopefully I can get it done before the birth! One way in which I feel a little lacking is in my head. I don’t feel that I’ve had the time to meditate on this upcoming birth or baby the way that I did with Vera. I guess that makes sense, seeing as how it’s not my first and I’m distracted with a two-year-old and everything else, but I think in the days before birth (now that the silly scrubbing and stuff is out of the way) I’ll take some time to just relax and focus. I’ll take Maya out to the graveyard, or I’ll spend some time just by myself in a bath… Something quiet and just for me, every day.

Anyway, it’s really nice to just have little stuff done, like hanging this mail sorter. It was sitting around for ages. 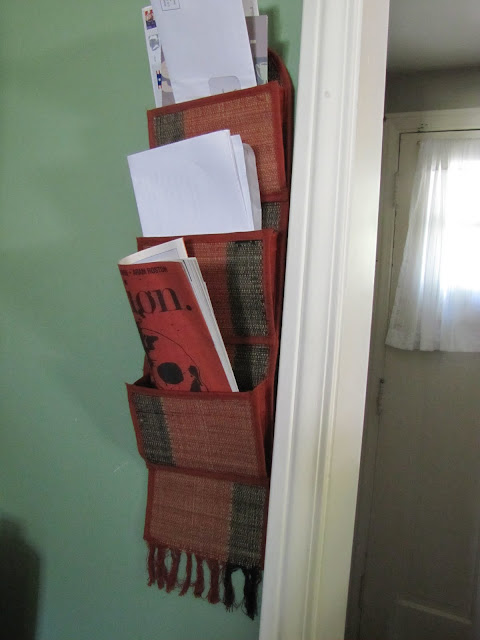 And some before and afters:

This was Vera’s play area before. We’ve got this great open space upstairs that we wanted to use for multiple purposes. It used to be our bedroom, but we realized it was kind of a waste of useful space. So now it has 5 jobs. Play area, office for Jeff, craft space for me, exercise space, and sitting/guest room (we have a futon mattress, we just need a good frame!). The craft space you’ve all seen, it’s basically done. We had the larger part of the room act as the sitting/tv area, but now that we don’t need that, I realized that Vera’s play stuff could come out of this narrow hallway part of the room and the futon could be there instead (and also that way toys aren’t all over the walkway). Anyway, still working on the sitting area, but the new toy space came together quickly. 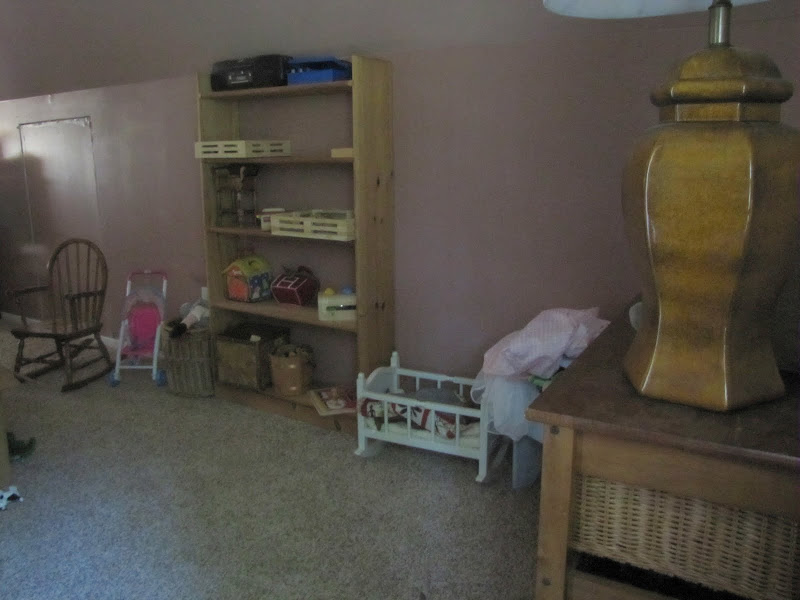 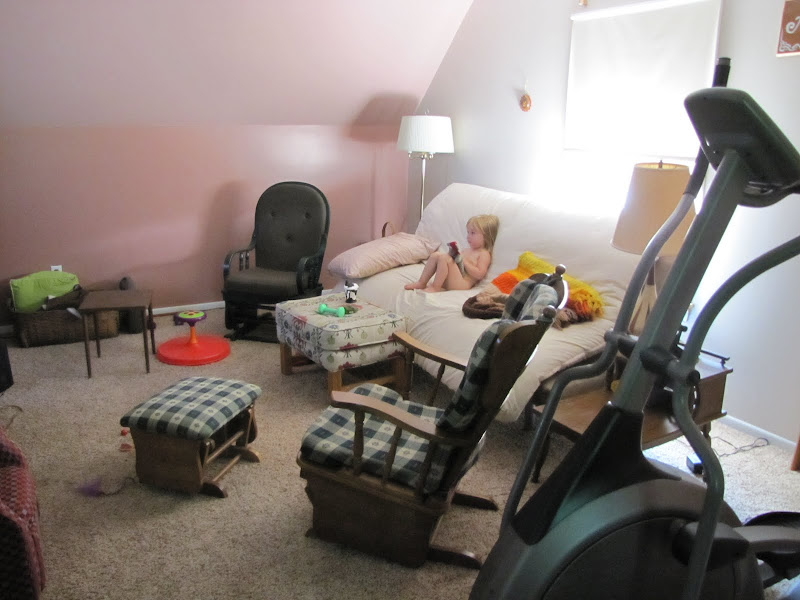 And now. Now all of her toys/art stuff are all in the same place. 🙂 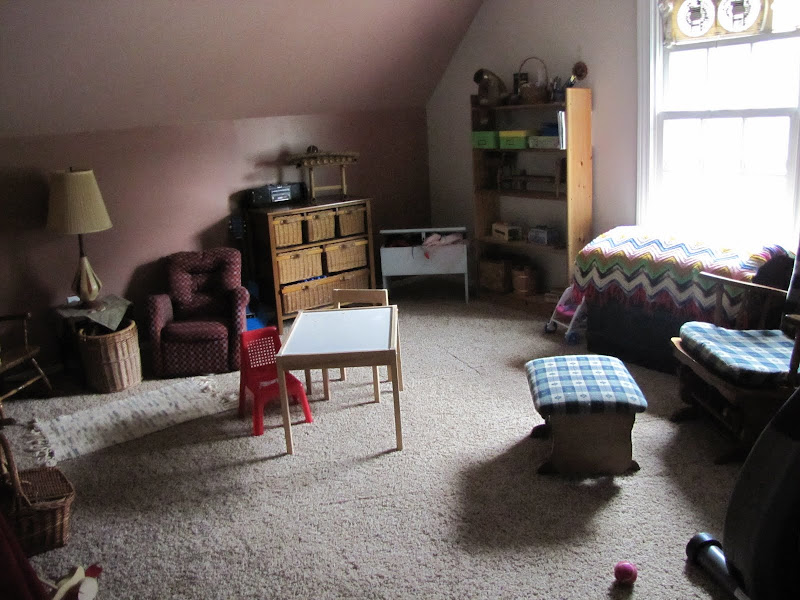 I mean, I might just be on a nesting frenzy, but I feel like these are good changes.

I was also crafty yesterday, and I finished a few little projects. First- postpartum pads. I had all these extra toddler sized prefold diapers (super absorbent and cheap), so I thought they’d work well for the first week or two postpartum. Normally I would have just gone out and gotten a couple of boxes of disposable pads, but I realized that would be weird seeing as how we don’t even use toilet paper anymore… So these were cheap and easy to throw together. I’d like to find someone with a snap press so I can put snaps on them, but until then I’ll just safety pin them. I think I’m going to tie dye them, too. 🙂 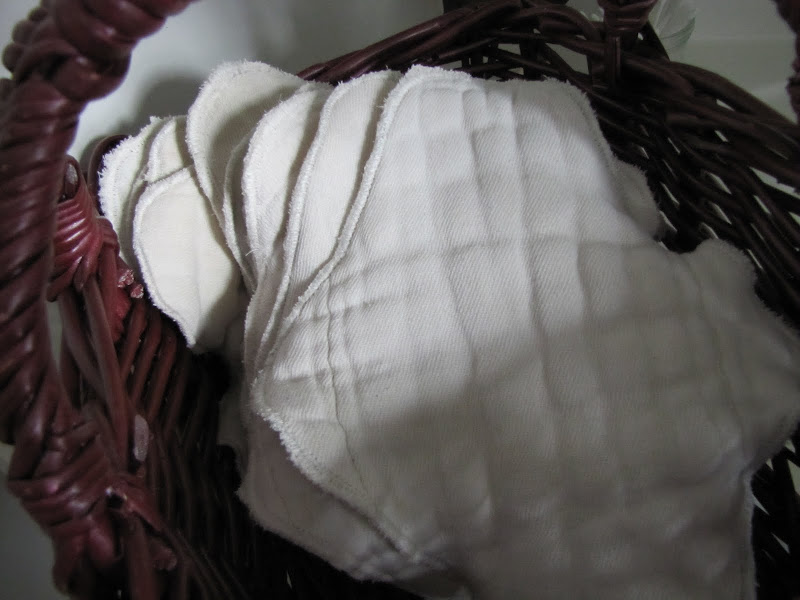 My original plan was to back them all with microfleece to keep them somewhat waterproof, but it made them way too bulky. I did two pads that way, so they’ll be my overnight ones. I had planned to serge the edges, but the crazy serger that my SIL lent us was being weird. Anyway, a little sloppy, nothing glamorous, but they will certainly do the job. 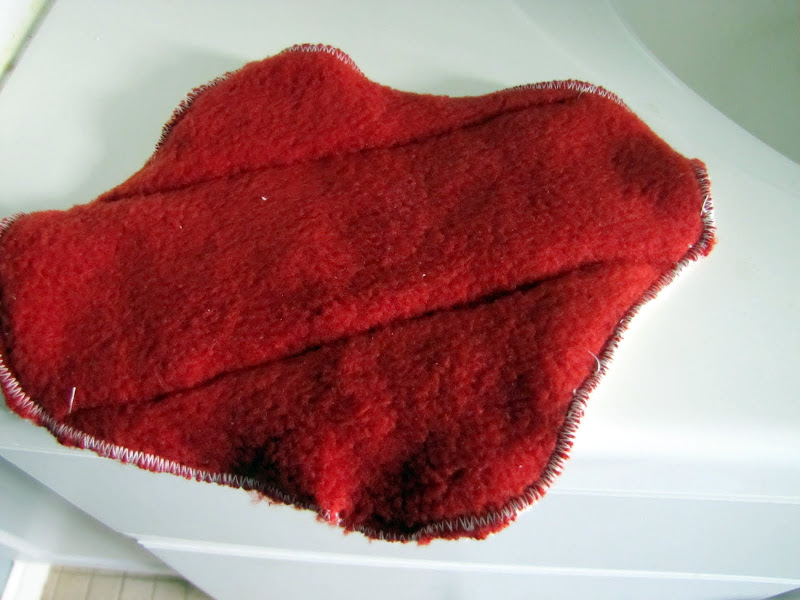 Then as things taper off, I’m planning on using these beautiful pads that my friend  made for me! Aren’t they adorable? She also made me my awesome wet bags for cloth wipes. If you’re interested in her stuff, check out her etsy shop. 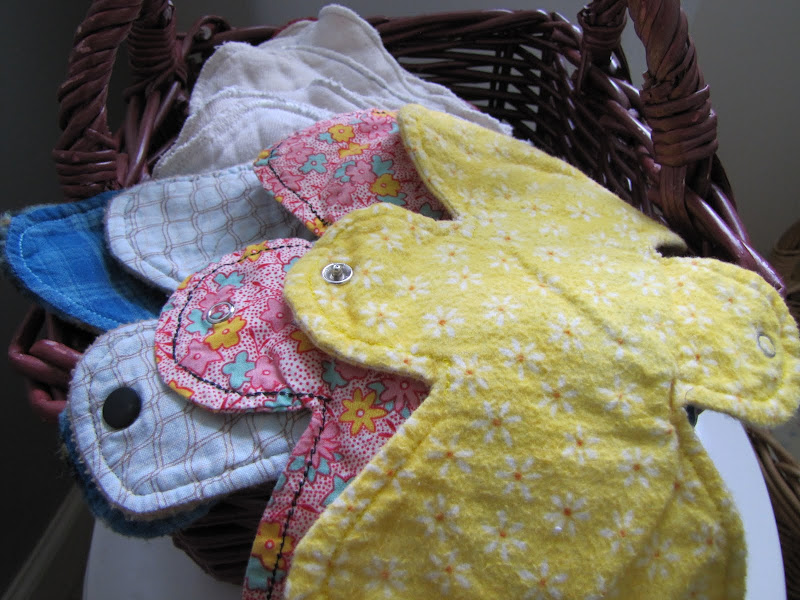 So now we’re all set up! It occurs to me that it might be weird for people to read all about this kind of thing.  I guess it’s just stuff that I think about these days, and that I think more people should think about. I mean, this is life, right? And an update- the cloth wipes are great and I don’t see us ever going back… 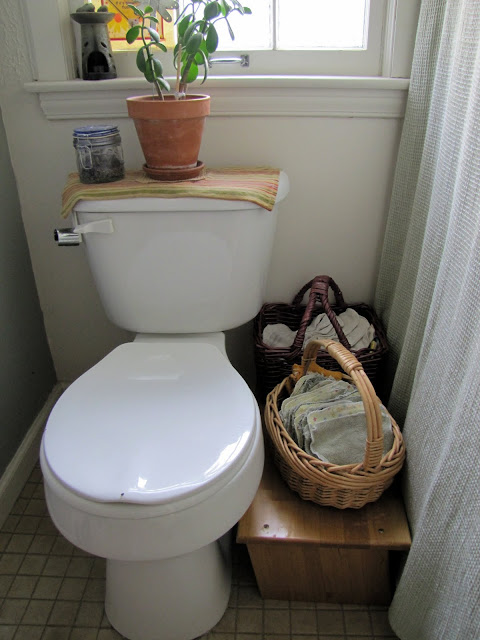 Anyway, other projects yesterday were hemming a curtain for the bathroom (finishing touches are so gratifying!). 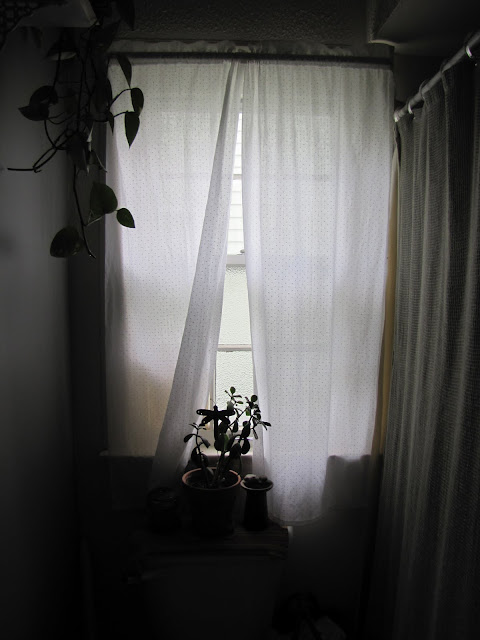 And making this handy clothespin bag: 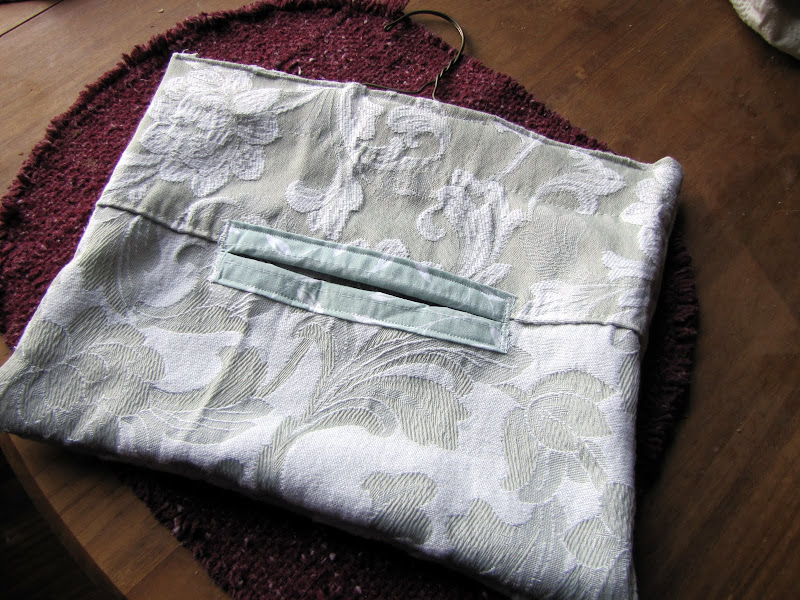 This is much more exciting than you realize- being 9 months pregnant and bending over to get a couple clothespins over and over again is not that fun. But I’d been wanting to make one of these since the clothesline went up. 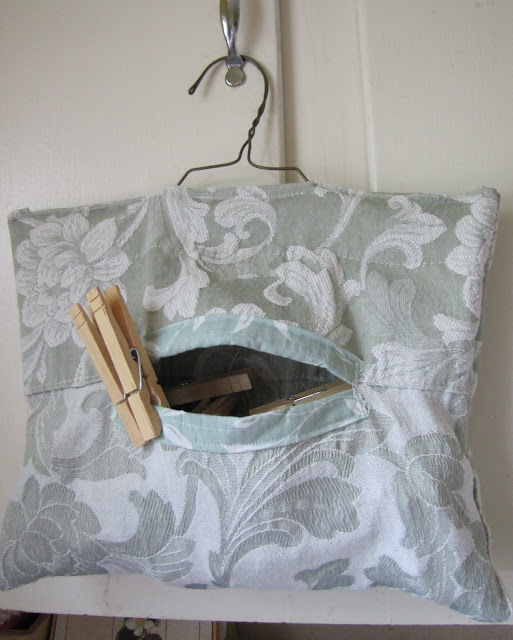 And lastly, a blurry 39 week picture. Vera comes in and says "Whatchoo doin?". I tell her that I’m taking a picture of the baby, and she says "Hello baaaaaby!" and touches my belly. I love it. 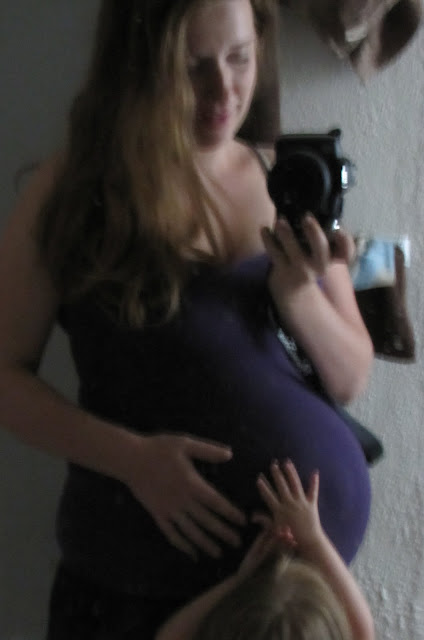