When we received the (formerly) crushing news about our plans having to change on the land, I spent some time going out there to think. I’d spend a few minutes walking around, poking at this or that or harvesting some berries. I was so nervous and aware of how uncertain everything was, but couldn’t quite make sense of the fact that all those unknowns still couldn’t crush my good feelings out on this little slice of land. I would stand there and feel peaceful and content. I’d breathe that sweet earthy air in, and exhale feeling just okay about everything. Now, I see that we have more options and choices, more capacity for change than we realize in the heat of the moment.

What I’ve realized is that this land doesn’t have to *be* anything for me. I am so pleased to simply have the opportunity to walk the trails, breathe the air, and learn a little something about how things grow and change there. When we thought we’d actually made a mistake, Jeff mentioned the possibility of selling the land. We’d invested so much and jeopardized our ability to live the life we’d planned. Recouping our expenses and starting with fresh vision wasn’t entirely unreasonable. I acknowledged the sense in that thought, but couldn’t accept it. I couldn’t feel that buying this land had been a mistake, and I was rolling through all sorts of scenarios for how to justify the expense and keep it in our lives. Now, reinvigorated and with a new viable plan, I feel that much more content with our direction. I realized that, perhaps getting torn down so low emotionally had been purposeful for us. It helped me to realize some of my own priorities and gain more direction. I mean, I realized that we were going in with such big plans and ideals that we weren’t allowing enough mental space for what things need to be in reality. Of course I thought I was being open, but ultimately I planned to have this neat consolidated farm and life out on this space, and I’m not sure that’s what needs to happen.

So I guess my approach has changed in subtle but substantial ways. We are working towards building a house out there now, but now my feeling is decidedly more easy going. We’re enjoying ourselves and bonding with the place, staying a bit more present and grateful.

So often, I’m learning, humans enter a space or a project already so set in their expectations that they can’t see the ways in which the environment is asking them to remain open. As much as I thought I was open and had a mind for conservation, this piece of earth still represented a concrete opportunity and vision. I was still looking for how to mold this land into my life, rather than how to fit my life onto this land. Like I said, a subtle but substantial shift in perspective.

One way in which this change in approach has manifested is that I stopped planning to farm out there. I’m not planning a single thing right now. I may plant some trees in the spring, but I’m not sure. I don’t know the space well enough yet. This shift freed me up quite a bit to think more openly about what the space needs and what I need from it. I need to build relationship. However, this realization meant that I had to come up with a farming solution, and that brings me to the next point.

4) Market garden/My old job. This one is a bit complicated to explain thoroughly, but I’ll give the abbreviated version. For the past 4 years I’ve been working towards creating a viable garden/farm operation for a residential drug treatment facility, located on a 65 acre farm. I started with a simple enough design that I felt confident would find success there, but due to a number of different factors, the plan never really came to fruition. There were many successes out there, but it became clear through a lot of trial and error that the basic design was in need of a change.

I suppose that change in design is very similar to the change I experienced out on the land. I felt so broken down over time (in ways that surely built character, right?), it freed me up to really open my mind to what could actually work and what the space and mission really needed. I spent some time really discerning what I needed to do, and I came up with this new plan that I hope will be something really special.

The details are that a) I’ve shifted into a volunteer role. This choice was complicated and a bit risky for our family, but ultimately I think it was the right choice. b) I’m working in partnership with Milton to build a cooperative farming operation out there. This new program will engage a variety of local experts to form viable businesses that work in cooperation with each other- sharing land, tools, energy, labor, etc. There are so many awesome and talented people out there who simply don’t have access to such an opportunity, but we are sorely in need of more food, more businesses, more conservation, just… more. This farm has land to share and a need for people to manage it. I especially hope to involve folks in the recovering community- both to create a purposeful link between the mission of the organization and it’s purpose on this land, but also because those in the recovering community often have trouble getting jobs. We’re busy working to figure out how this should all go down, but my hope is that come springtime we’ll have the beginning of something meaningful and right for the mission and the space. I’m experiencing renewed energy for the project, which is a really welcome change.

With this change in strategy, Polliwog Farm has adopted a plot out at the farm as one of the first members of the cooperative. I hope that I’ll be able to grow my farm and make this business for my family, but also infuse the cooperative project with a little framework and structure until the time comes for others to fill in the space with other businesses. Having a market garden on site will be helpful to start, and I can donate good quality vegetables to the residents to eat (which was always one of the core missions of the project). We also have a couple of permaculture endeavors out there, along with a community garden organization that starts their seedlings on site. A pretty good start, if you ask me. 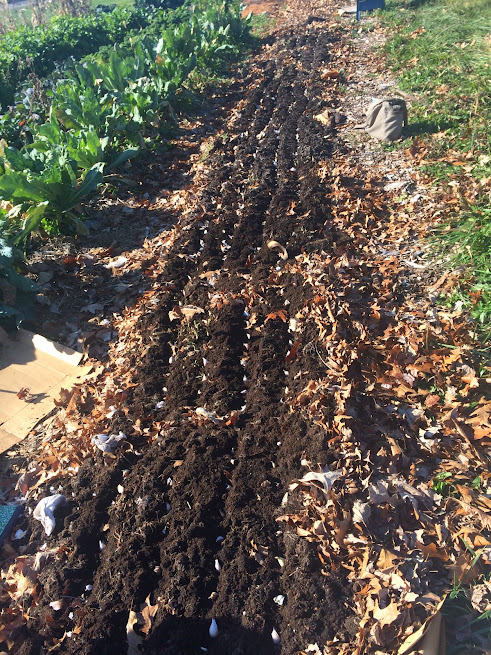 5) Other projects. I’m starting to form new partnerships and work on other people’s projects. I can’t seem to help myself. There is so much good work to do, and while I don’t want to be crazy and do too much, I also have enough of a handle on my time and energy that these other projects could fit in nicely if I play my cards right and work on better organization. I could work to support friends and other missions to the best of my ability, because, why not? Mostly I’ve been growing in my interest in permaculture and long-term restorative agriculture. I’m working to support Jeff in his building of the local Time Bank. Mostly I want to help to build systems that last and serve both people and the landbase. I want to experiment and make mistakes and play. So, in addition to my own stuff, I’m thinking about how to offer up my time to other projects in an effort to gain more in terms of community and long term success. I know this is kind of vague, but mostly I’m just on alert. I’m actively looking for ways to live out my purpose, serve others, and work towards the good.