It's a little late now to update about the change in seasons, but it still feels relevant. We celebrated the Autumn Equinox simply- lots of warming things. Candles, awesome food, friends.

We also sliced apples like last year and strung them up as blessings. Here are Vera and Lilly showing them off.

The season has changed so abruptly for me. The summer was so all-encompassing this year. Mostly it was because of the oppressive heat, but also because with it came so much new activity and experience. In some ways this cool weather makes me feel a little like a fog is being lifted.

I'm able to look over everything that happened and take an inventory. I feel like I've grown, gotten stronger, am more prepared for next year… I also feel like it's time for me to turn inward. To focus on improving other more internal things, to be warm and cozy, and to relax.

I feel like this whole year has been a big gift. Like this garden we put in out at the land. It was planned one way, planted another way, and was ultimately different than the vision I had. But I'm still really happy with every squash and green tomato that came out of that plot- especially given how little we knew about the pests or soil, the crazy weather, and our almost complete inability to water out there… it still gave us plenty of good food. That feels a lot like the terrain of my life right now.

I bought 5 pawpaw trees recently. They are sort of a forgotten treasure in these parts. Pawpaws- a fruit that tastes like a cross between a banana and a mango. They aren't really to be found around most places because they don't translate well to the modern grocery scene. They don't have an amazing shelf life, and so they just fell off the radar in favor of other non-local fruits.

These are young trees, just 2 years old. But I got 4 different varieties, which is good because they need at least two to have good pollination. In a few years we'll have more fruit than we know what to do with!

There's something about fall weather that just enchants me. I go out into the crisp air and sit directly in the sun, finally able to soak up that warmth without feeling like it will scorch me. I love it. The whole sky feels a little clearer.

There was a lot that didn't really thrive this year. Our little garden out between the sidewalk and the road had some problems. In the end, some young squash plants took hold (although too late for any viable squash), which is encouraging for next year. I know that something will grow there.

We've moved the microgreen operation indoors and out in the greenhouse now. It's cold enough now. We've also been gaining momentum there- we just got 3 new accounts in the past week. A couple of them are pretty big, too, and we're ramping up our production a bit. Pretty exciting for us, really.

All my bush beans that died during the frost. If they had only a week more I would have had so many beans!!! Damn unpredictable weather this year. I'll fill the spot with lettuces and see how they fare. 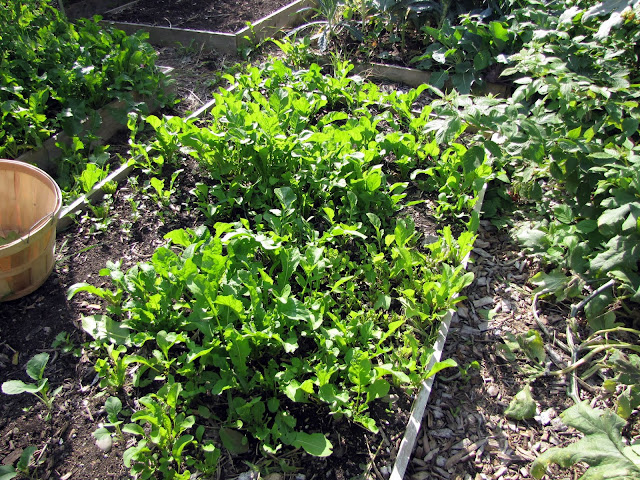 My monster kale that just won't quit! I love the stuff. 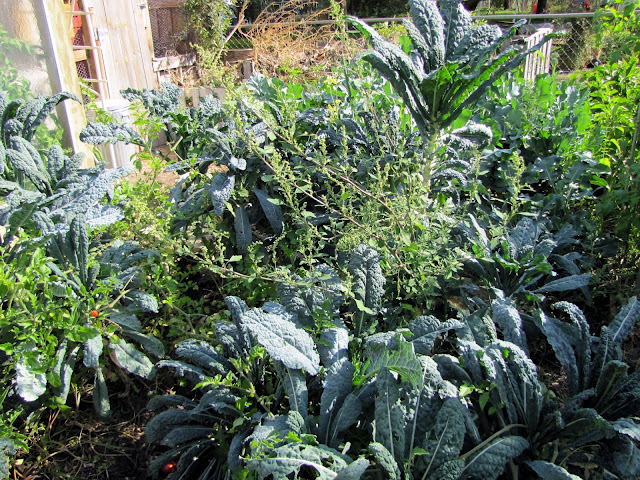 The last shot of my tomato plants before we pulled them all out.

Here are the massive J. Artichoke plants that have towered above us all. I'm pretty excited to establish a good perennial crop plot out at the land. This fall I plan to move these guys, the raspberries, the horseradish, strawberries, and some sorrel. Hopefully that will give me enough to share next year!