This past weekend marked the end of my sister and her kids’ stay with us. Two months, just like that. We moved them into their new space on Sunday. The kids and I went over there this afternoon to help them get a little more settled. Just like Jeff and I thought, when we went upstairs (where they were staying) last night we marveled at all the new space. It’s amazing how little space we actually need. But, a little elbow room is going to be nice, as I’m sure they are feeling as well. Living together went really well, all told, and I’m hoping that we softened this transition just a little for them.

—
I just want to jump into spring. I feel like it’s time to re-pot all my houseplants and just refresh everything. It’s dusty in here. I can’t wait to open all the windows. 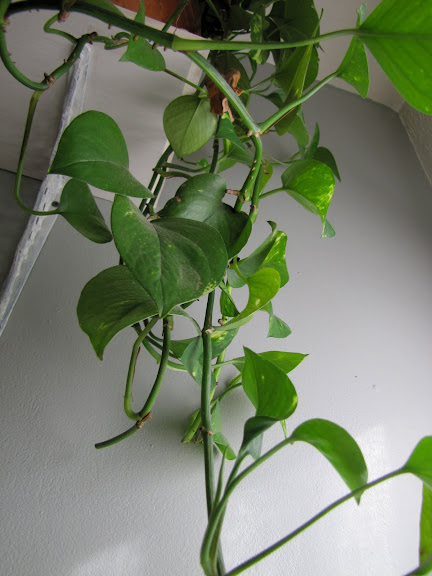 An earring was found that I thought was long gone. It slipped out of my ear while at my sister’s house weeks ago, and despite searching high and low, it was nowhere to be found. But on Sunday when we were packing up all her stuff, my sister exclaimed that she had found it! I was thrilled, partially because I really like these and losing an earring sucks, but also because they were a gift from my Jeff.   🙂 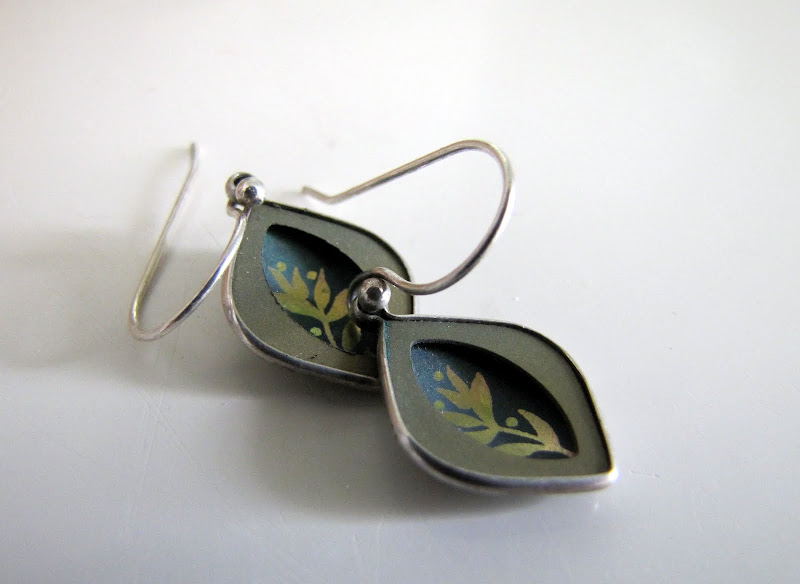 —
That snap press you saw? Well, I have just HAD IT with these diapers. They have started to not work. And you know what that means? Yes. A diaper that doesn’t work is a problem. Granted, we got them used, and they were used for like 3 years at least. The velcro had already been redone once, and the elastic is basically shot. So… we’ve been working on revitalizing these suckers. 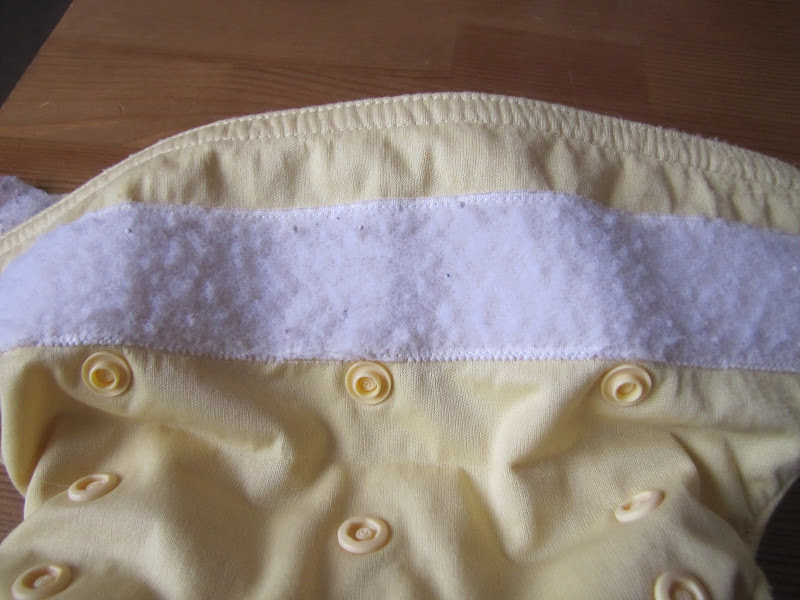 Ugh, they were just awful! Hair and fuzz everywhere, they stuck to everything- except for the diaper itself, of course. 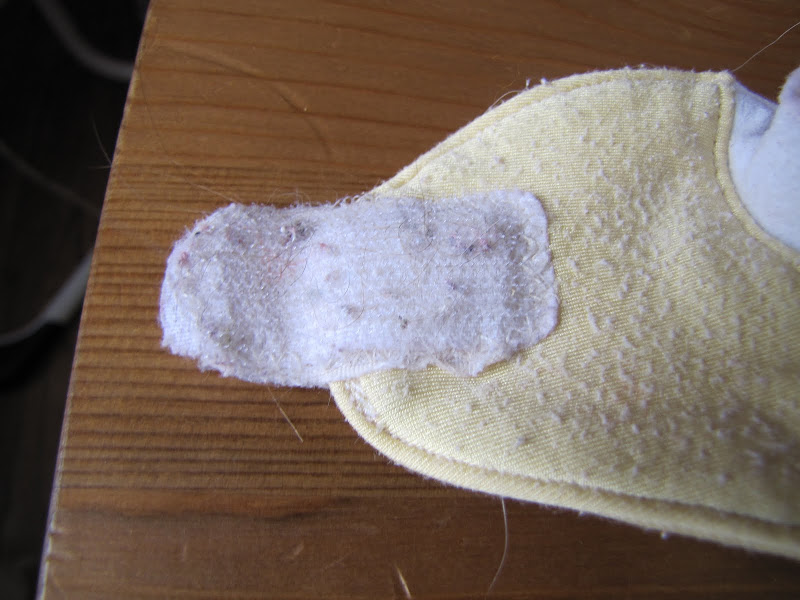 Here’s a shot of the useless elastic… 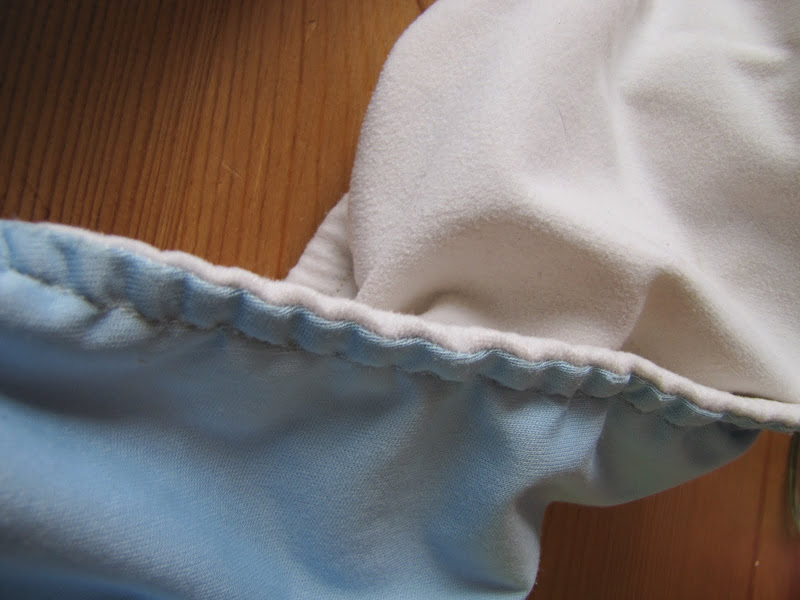 And here’s the elastic that we did over. Nice and… well, elastic! We used this tutorial to do it. 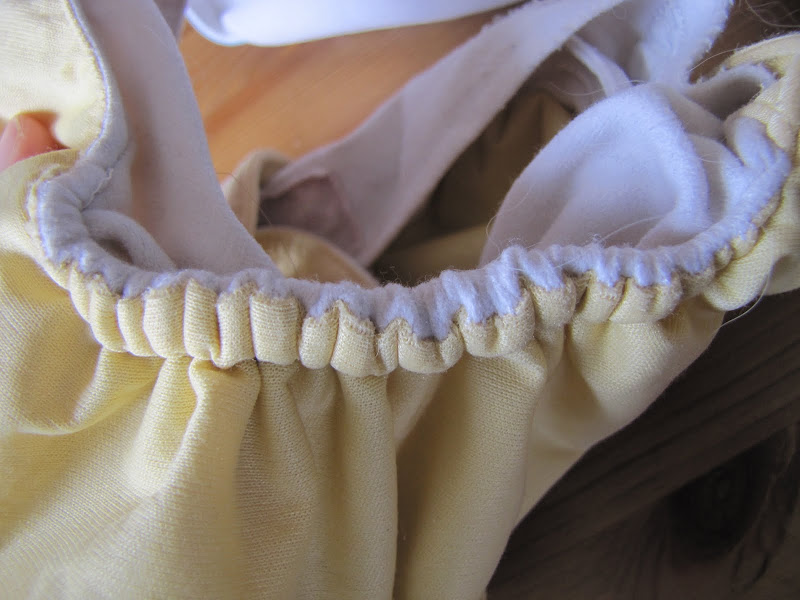 Snaps! Brilliant, I tell you. We followed these instructions. While the picking of the stitches is a little time consuming, the snaps go on quickly and make me a happy happy mama. There were some little holes left in the outer fabric, but I’m not concerned, because the diapers STAY ON finally! Hoooray! I’ll be working on these more tonight. I figure, it’s worth the work since we’ll likely be using these for another 2 years. 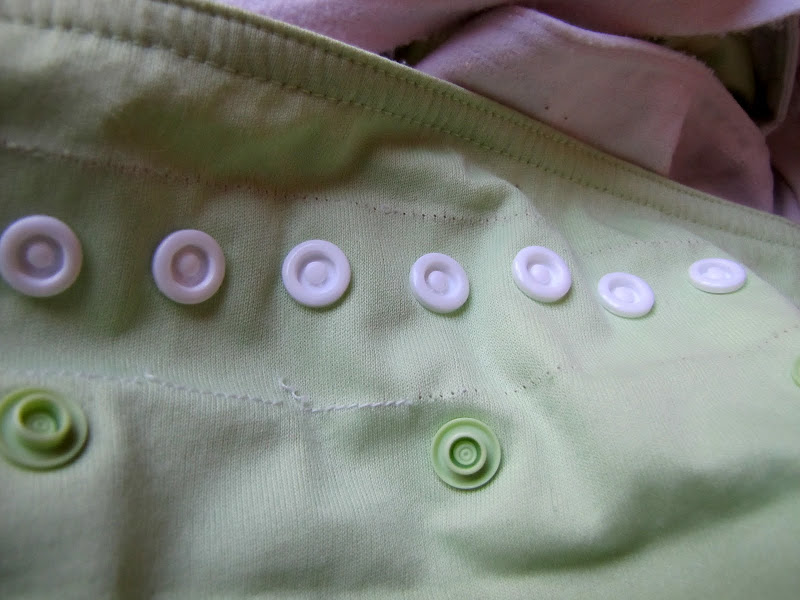 —
We went to IKEA to get Vera a new mattress. It was just one of those things. She’d been sleeping on a crib mattress in our room next to the bed. However, Asa (the chunk that he is), is outgrowing the co-sleeper, and we just thought it was as good a time as any to put him on the crib mattress and graduate Vera to full-blown "big girl bed" status. She did have a bed in her room (before it was temporarily turned into a playroom while my sister was living here), but it was just one of those futons that turns into a big chair. I wanted her to have a bed of her own. We thought about getting a used mattress, but it wouldn’t be as high-quality as we wanted. And then we thought about getting an organic mattress, but hey, we don’t have a money tree. So… we went with a new one from IKEA. It’s sturdy and inexpensive and we think it’ll last a long time. So, we broke our little no-buying-new rule for something that we could afford that would last a while.
But don’t send me to IKEA. A $15 little easel with a white board on one side and a blackboard on the other? And a paper roll that feeds up through the middle? And a little tray? And um… I did it. And I have no excuse other than I wanted to. And she loves it. So… I will feel happy about the easel, but I must not go to that place very often. No no. It’s dangerous there. 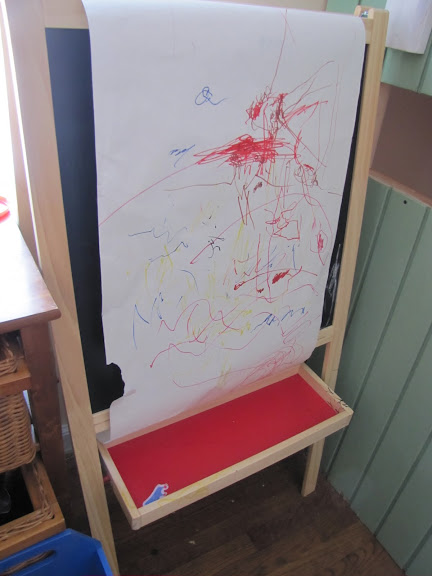 I saw this picture somewhere of this great loft bed that was like a little mini house underneath and had lighting inside and was so cool. I showed it to Jeff ages ago and he just stored it away in that head of his for later use. Well, the time has come. This is what happens when Jeff gets left to his own devices for a couple of days. Awesomeness happens. 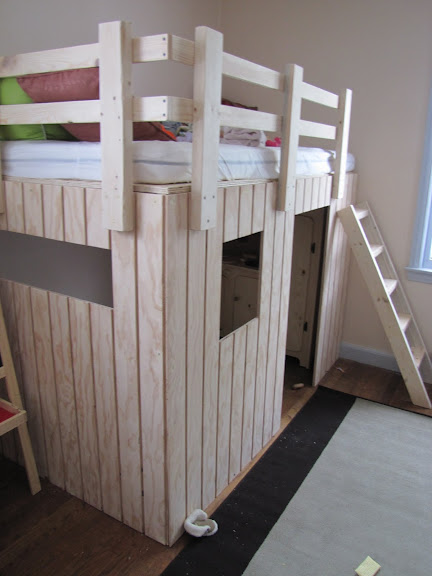 This is where it is now. We have to paint the railing to the little ladder, and Jeff is doing interior walls that will be wired so that there can be a little light switch inside the house to turn on the rope lights we’ll put on the ceiling. There will also be some trim around the windows and doorway that will be painted white. All for a little over a hundred dollars. I’m so excited for her. It doesn’t hurt that I’m living vicariously through her, and the little girl inside of me is squealing with glee. She has a play house in her room. And a loft bed. Combined. 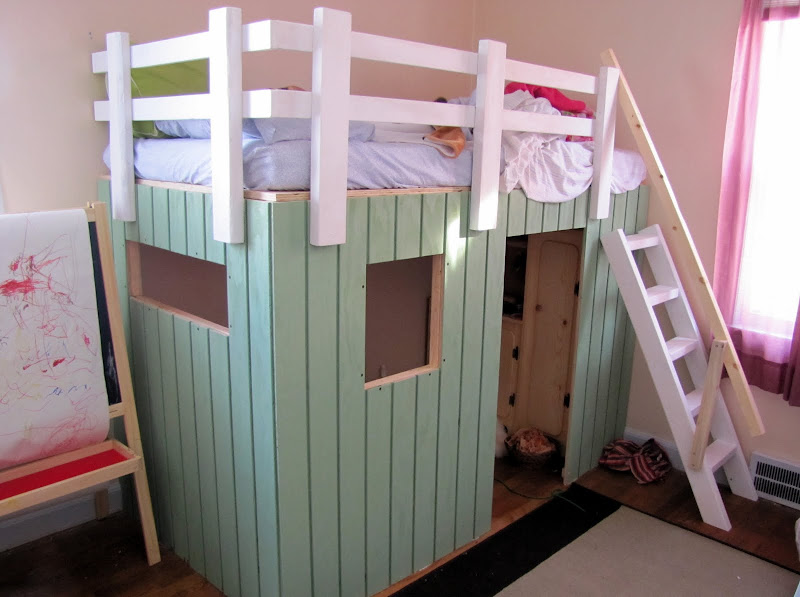 Speaking of the chunk who started this chain of reactions… look at those thighs! And those chins! I will take partial credit for those beauties. 🙂 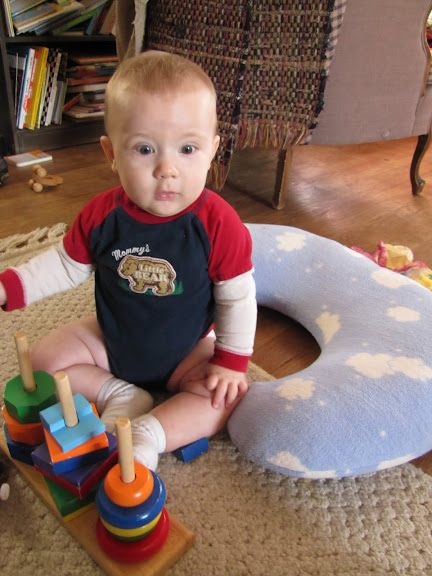 He sits, he laughs all the time, he plays independently, he smells like sweet baby, and he adores me. Best thing ever. The only bad thing about this is that I regularly get painful adrenaline rushes every time something remotely dangerous happens (which is semi-often). My sister and I have talked about this and agreed that when the kid gets hurt, the mom is probably the one you should check with to make sure she’s okay- she may have just had a mini heart attack. I joke about each rush shaving a day or two off of my life expectancy… But for real, I hope that someday it all comes to fruition and I can lift a car and show everyone that "mama" is a superpower. You know, beyond making whole new people and the magic that is milk (which is surely superpower enough). 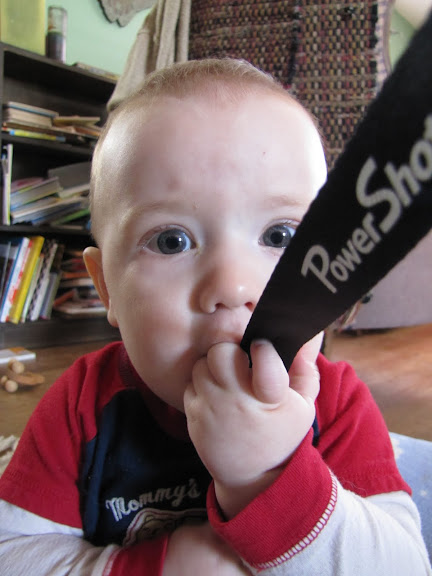 He’s working on his top two teeth- they are days away from breaking through. 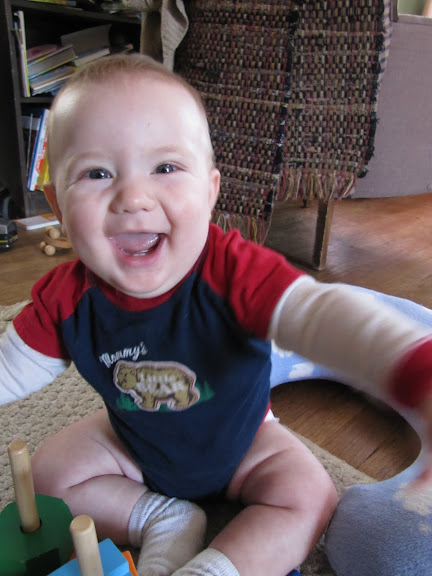 I love that he does this. He looks up adoringly and smiles and flaps his arms like an excited little bird. Sweet little Asa-bird. 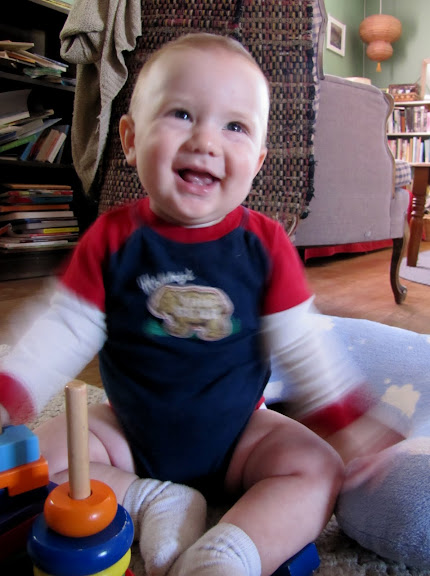 That’s all, I hope you all are having lovely days and soaking up what sunshine you can.

Oh, also, I loved this video: