Last night we ate our first meal from the meat off our pigs. BLTs. This first meal was suggested by Asa, who, upon first bite, exclaimed “Yep! You all can thank me! Best idea.” I couldn’t really argue with him. 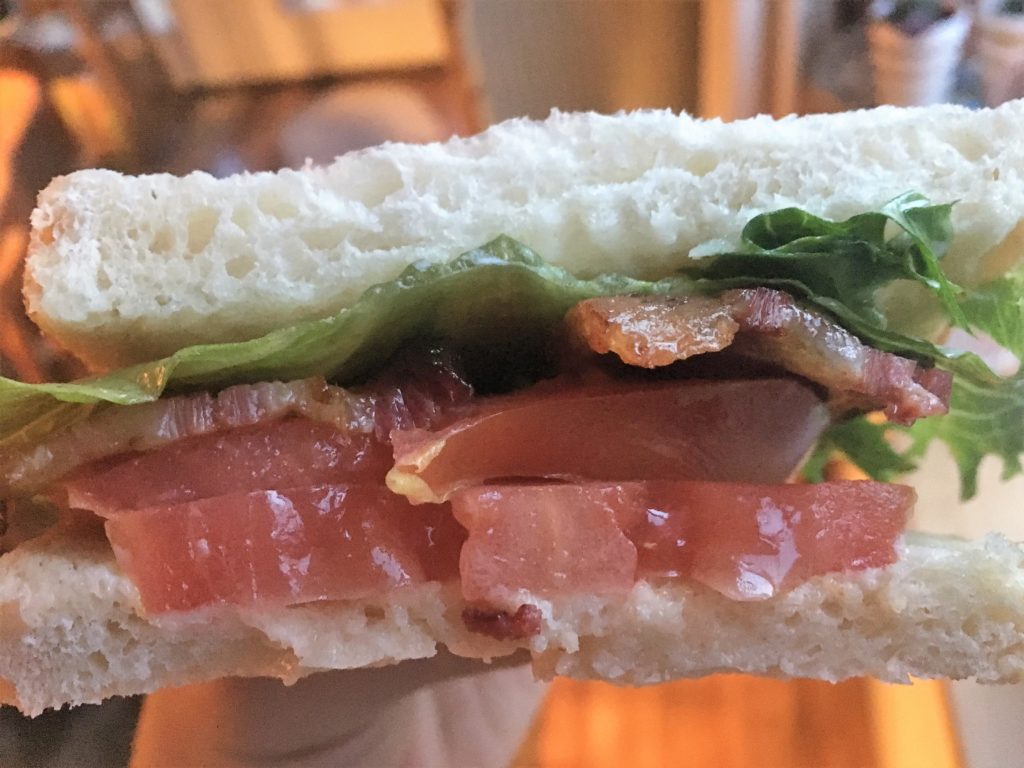 It was delicious, and we all reveled in it. Although it’s strange to eat like this. It’s all fairly new to me, relatively speaking. This was the biggest animal I’d ever had a hand in raising, and there it is on my plate. It’s a touch morbid, but it does actualize the cost and compel a sense of gratitude that is simply inaccessible to me otherwise. At a certain point I said “Wow. This is the first pig I’ve ever eaten that I actually knew and loved. So strange.”

Vera, sweet as can be, said “Well, but isn’t that better? I think it’s better this way.” She said it with such a genuine air, like she was offering up a totally fresh concept. I took the opportunity to ask her to tell me why she thought so, and she shared some about how she believes it’s just better to be connected to something if you’re going to take from it. She imagined those other places as being less kind, less likely to honor the pig’s life. This is a simple kind of truth, it’s one I think we all feel in our bones. But also it struck me that I hadn’t actually talked to the kids about much of that this time around. We’ve talked plenty about food systems and ethics in the past, but they were little. I didn’t actually realize until that moment that I haven’t been talking that much about it over the past year or two- and maybe not at all with the pigs. No moralizing, just doing.

This is kind of profound to me, because in my earliest days of farming I was so, for lack of a better term… full of it. Full of inspiration and excitement and lots of borrowed ideology. My early butchering/homesteading experiences were intellectually and morally driven, novel and idealistic. We had lots of opinions about which lifestyle choices were good or bad, and while I don’t question my earnest heart or motives, I just don’t use that logic anymore. Though I am grateful for that time, it was part of my development. And I don’t exactly think I was “wrong”, but these days? It’s weightier, it’s for real, it’s a regular part of the picture, and it’s full of uncertainty and shifting perspectives. For me this all is difficult enough that I have to stand on something more substantial, something more deeply rooted than my old abstract moral position. I realized those old perspectives often (unintentionally) reinforce consumerism/intellectualism/classism anyway. I believe they also misplace valuable activist energy and the real-time application of love. Simply put- if I don’t really live into my beliefs, how can I know? 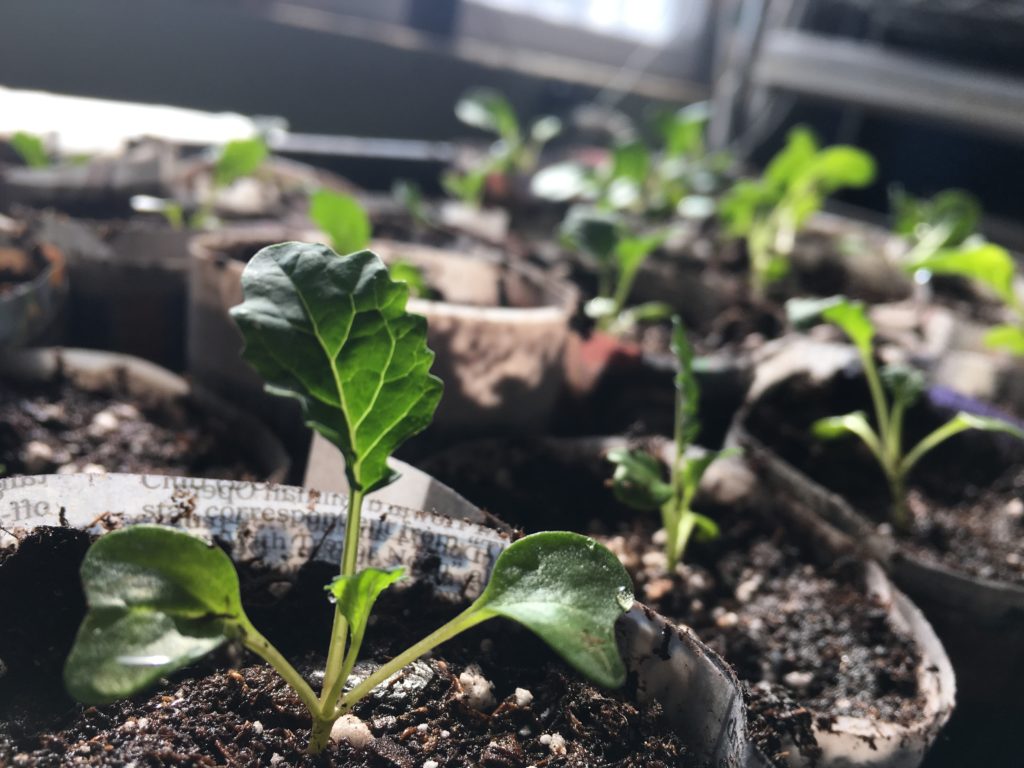 But back to the bacon. I’m grateful that my kids can sit at that table with me, a first for all of us, and in their eyes the process can speak for itself. How comforting. It builds my trust in what I’m doing here. But honestly? I’m not sure I know what’s “right” anymore in the way I did. It’s not that simple. These days I feel more like I’m swept up in a great mystery. The best I can hope for is to just show up and try to offer up my gifts, keep checking my values and then do it all again the next day. Sometimes I miss feeling sure, like I had answers. But now I feel like some of that surety had a cost in that it kept me from actually engaging with the reality. What are we trying to convince ourselves of, anyway? It’s a funny kind of paradox, that one. I always seem to have to loosen my grip on the “truth” in order to live into it. So what is it that compels me these days? It’s simple, and it’s essentially what Vera said. Connection just feels better. I’m getting to reckon with the part of the mystery that links up love and grief, and it’s impossibly weird and profound but also just human and normal. The more I try to understand and explain the more I struggle, the more I curiously engage the more belonging I feel. It’s a kind of farmy-existential-Chinese finger trap. It actually just reminded me of that old Indigo Girls song:

There’s more than one answer to these questions

Pointing me in a crooked line

And the less I seek my source for some definitive

The closer I am to fine, yeah. 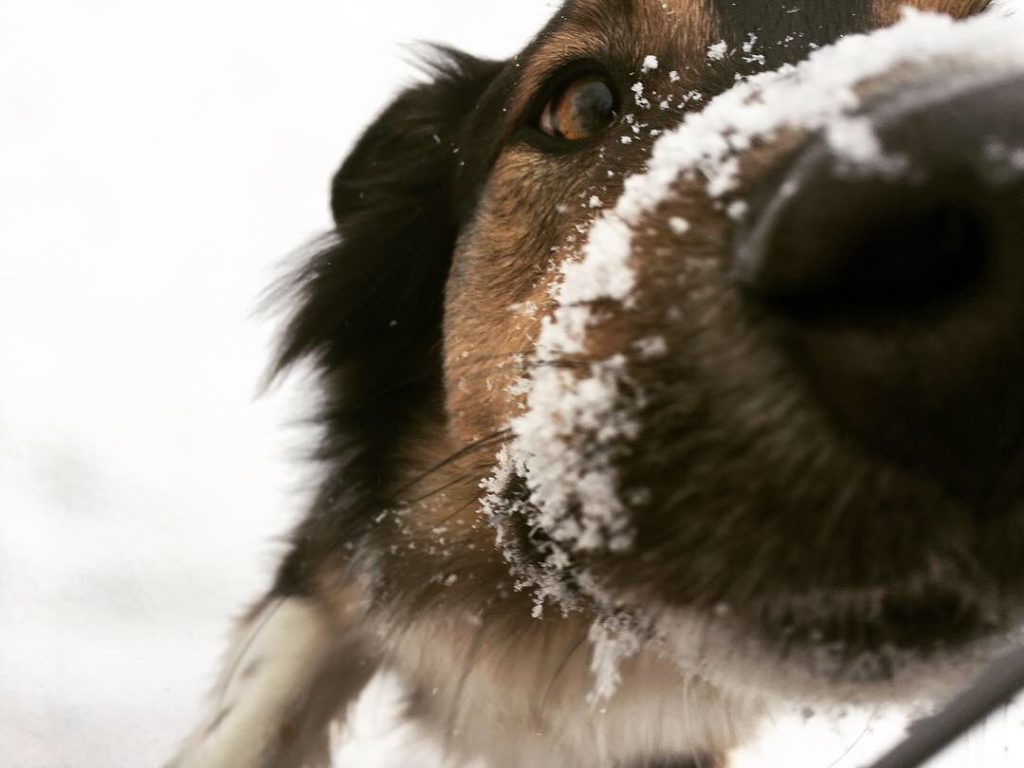 I also wanted to include this poem by Wendell Berry.

For the Hog Killing

Let them stand still for the bullet, and stare the shooter in the eye,
let them die while the sound of the shot is in the air, let them die as they fall,
let the jugular blood spring hot to the knife, let its freshet be full,
let this day begin again the change of hogs into people, not the other way around,
for today we celebrate again our lives’ wedding with the world,
for by our hunger, by this provisioning, we renew the bond.