I’ve decided to take a bit of a media break. There’s so much for me to do lately, and I really feel like the computer has become a time suck. So, I’m leaving this break somewhat open ended, but I plan to still make appearances here. I decided that I will still read my friend’s list (minus communities), and I’ll still update- but make it a little more structured. I really do love writing here, so I don’t want to cut that out. So, I’m thinking I’ll do a general, whatever-I-want kind of update on Sunday or Monday, I’ll keep up on WFP, and I’ll do a "Gratitude Friday" post, inspired by the lovely Adrie. Anyway, I’m cutting out almost all tv time, facebook, news, etc., and only checking other non-LJ blogs once a week. I felt like I wanted to do this a while ago, but didn’t feel ready, especially since it felt like Asa took so much time just rocking and nursing- now I feel like I can throw him on my back in a wrap when he needs that kind of attention, and go do other stuff. Anyway, it’s for some clarity.
The thing that actually motivated me to do it? This morning I read this. I read crap like that all. the. time. For those who don’t want to go to the article, it’s basically about how Big Pharma won by fighting to make medicinal herbs illegal in the European Union. From what I understand, it means they are going to be regulated like other drugs- which poses a big problem for those of us who like to use herbal supplements and grow our own herbs for use. This is nothing new, really. Big corporations basically make their living by hijacking the natural world and our rights to it and trapping us into having to buy what we need from them. Patented seeds, and now regulation of herbal remedies… it’s not going to stop unless we stop them. This stuff is so much more dangerous than we realize. Reading the article this morning just had me blinking at the screen, feeling helpless and overwhelmed. I then thought that I need to get up and just take action. We need to get away from these screens and just meet each other. We need to be saving seeds. We ALL need to be activists to stop this train wreck. EVERY SINGLE ONE OF US. And I realized that I’ve been wasting some of my time. Obviously I don’t want to cut myself off from all of it, it can be a good tool, and a good outlet for me. BUT, it’s no replacement for true connections- with the earth, with people, with spirit. It’s just time to move. We have to do something. So, that’s kind of clicked for me this morning.

Anyway, I doubt I’ll be able to update in the next few days, so I thought I’d just do a little one. We went to the orchard yesterday afternoon to get our first batch of apples. Lots of processing to do in the next week. Applesauce, mostly, but also a batch of apple butter and I’ll have to make a pie and some treats with them. It was really nice, I love the ritual of going there now. I’m excited for the kids to have this ritual each year. 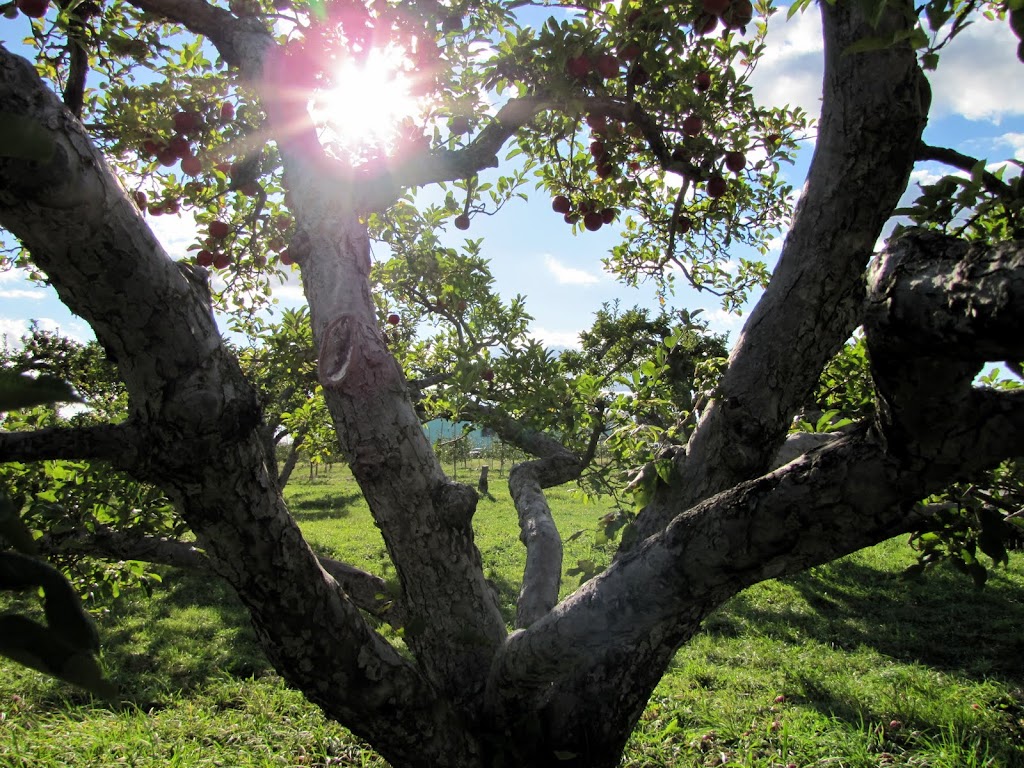 Vera had her own little basket to gather apples with. Although, she just put a bunch of partially eaten apples in it. What is it with kids and only taking a bite or two of each fruit and then tossing it? I don’t get it. 🙂 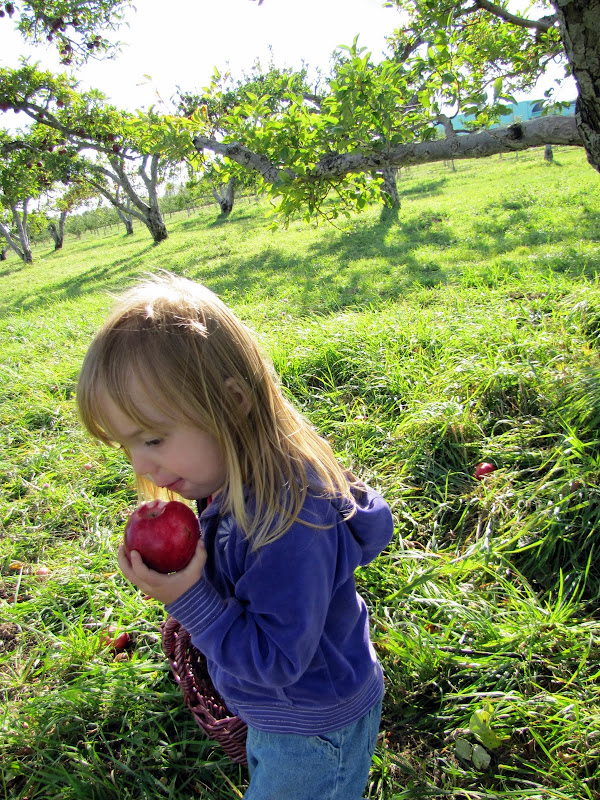 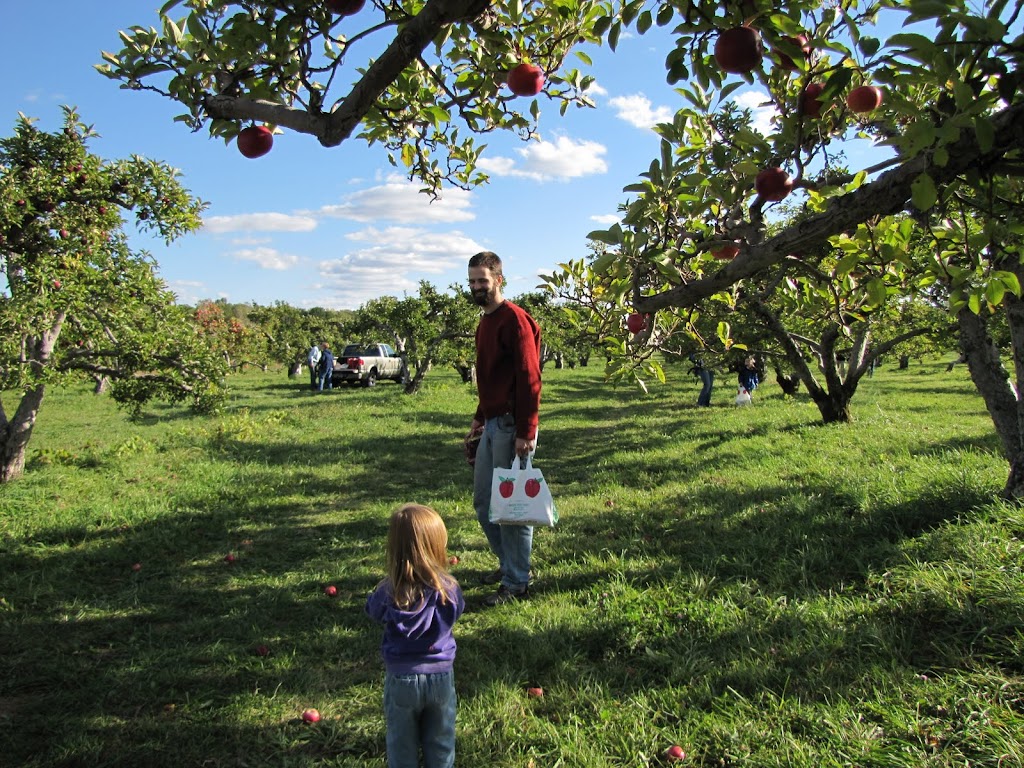 The haircut in all its glory… 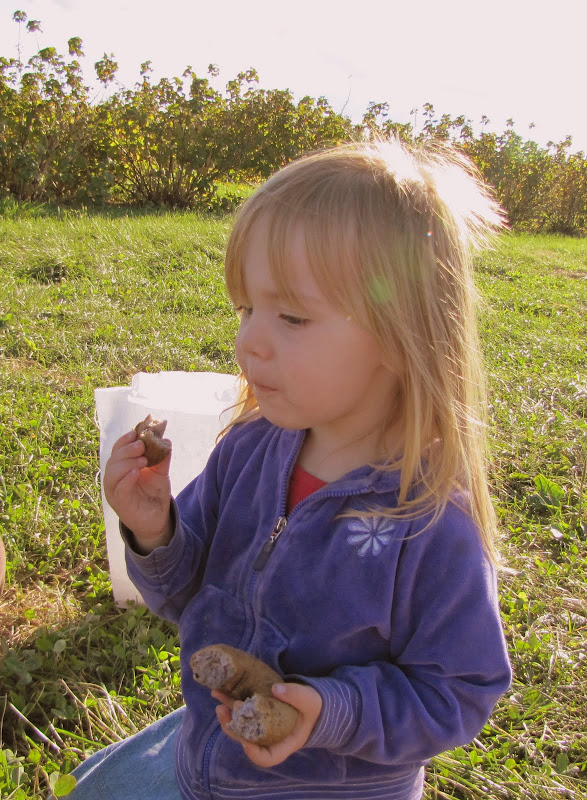 Shortly after this slightly cheesy picture of me was taken, Asa had an amazing poo-splosion that threatened to take over the world. We carried the apples and cider and a dripping poo-tastic baby to the car, changed him in an amazing team effort, and then were promptly attacked by a little swarm of bees. Ah, memories being made. The bees were after our cider, I’m sure, but they freaked me out… landing on my baby’s little naked legs and all (because of course he pooped all over everything and had to go home in just his little sweater and hat). We came away unscathed, and with a bushel of apples, a gallon of cider, and a gallon of popcorn seed. Starting this season off with a bang! 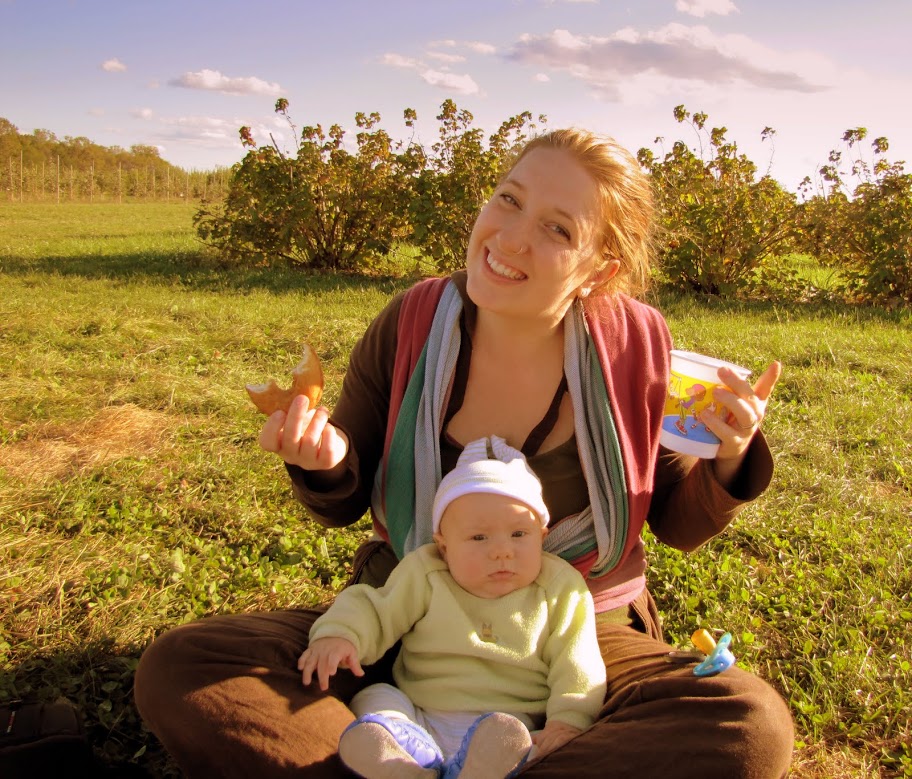 See you all in a few days, know that I’m reading and commenting when I can, and that I’m doing my best to refocus and do what I do…

Quote of the day:
"You’re captives of a civilizational system that more or less compels you to go on destroying the world in order to live. … You are captives—and you have made a captive of the world itself. That’s what’s at stake, isn’t it?—your captivity and the captivity of the world."
— Daniel Quinn (Ishmael: An Adventure of the Mind and Spirit)