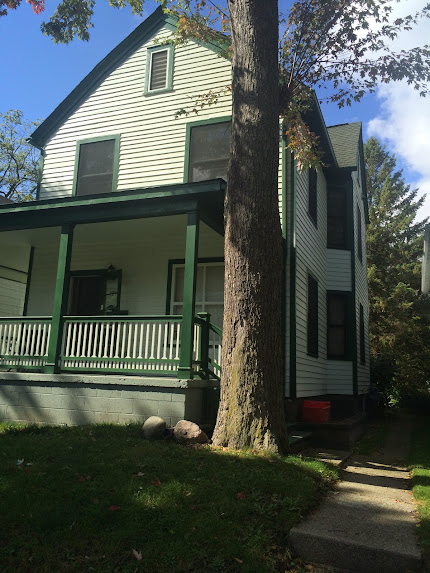 It’s been about a month since my last post. Since the last update we have signed a lease and moved out of Jeff’s dad’s basement and into the top floor of a house, back in the heart of Ypsi where I need to be. Lindsay and Eli are back with us, and the six of us are already pretty settled, although we’re all more comfortable leaving most of our things in boxes than actually unpacking them. We all got used to living much smaller and I don’t know that we want to change that just yet. Lindsay parked the RV for the winter on the land, and the plan for now is that we’re going to hold tight here until our house is built. It’s a bright cozy space with just enough room. It doesn’t have a lot of things that I’d normally want in a space (namely a big sunny yard to putter around in), but I had to remind myself that this is a time to hold and be comfortable and not to worry about those details because bigger things are to come. It’s simple and I like it and I’m happy. This move also instantly brought me out of the transitional funk I had been struggling with. I’m figuring out what exactly it was that got me into that funk and what pulled me out, but I think much of it has to do with how important a sense of place has become to me. I also need to feel a lot of agency over my home and space and the energy it produces. I’ll probably want to flesh this one out in writing a little later, but it’s been an interesting thing for me to study and is giving me some new insight about what it is that I need. 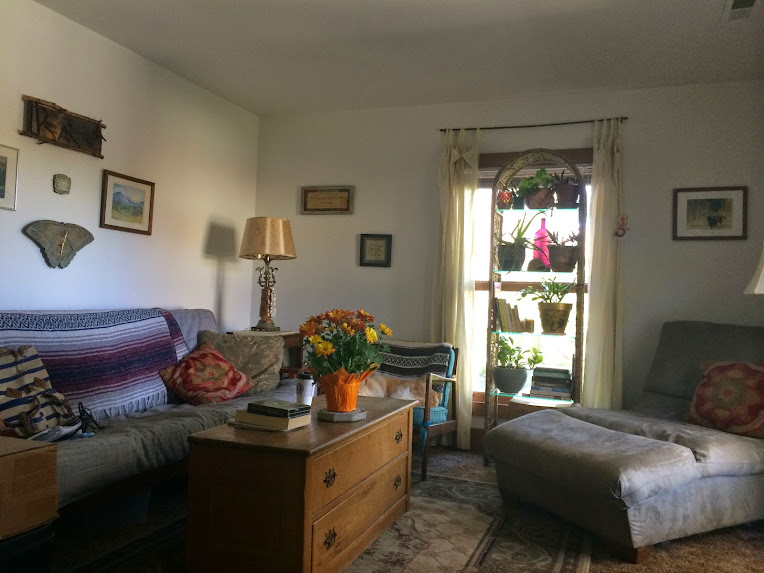 A good friend recently told me that when my clan and I make decisions we move very quickly. I often don’t feel that way in the midst of it, but then suddenly I look up and I have a whole new living room, just like that. We relax plenty, but when it comes to getting things going we just execute. I have to keep that in mind in the coming days. This quality has surely benefit us in a lot of ways, but it also means we have to be wise. Which brings me to my next point. 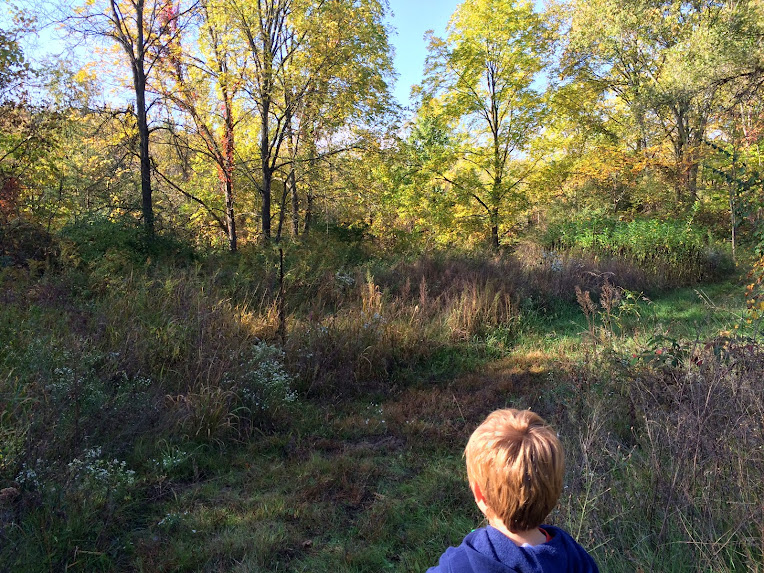 We haven’t yet settled on a plan for how to get out to the land. At this point Jeff and I are so emotionally tapped by everything that’s happened that we are feeling pretty guarded. We had our second meeting with the zoning guy this past Monday, and we went in hopeful but left feeling pretty dosed by reality. The truth is, we don’t have a lot of money or time to make this a reality. There are a lot of rules and various factors that stand in the way of people without means achieving this goal. It pisses us off, but it also is what it is. We actually have started talking about whether or not it’s really wise to go forward in this way right now, and that’s been sobering and scary for us. We want the ideal, but we don’t want to be stupid. We’ve put on our hopeful and creative hats and have been really trying to figure out how to pull this off without spending years compromising the very quality of life we value that started this whole journey. It’s been tough and we are digging deep and trying to be honest. Ultimately, I know that whatever we do, we’ll be okay. We’ll be happy, we’ll find our security in the stuff that matters, and we’ll accept whatever version of our lives manifests. I had to center myself and remember that I don’t want a result later, I want live the good life I want *always*. This doesn’t mean we don’t ever work hard or sacrifice or feel pain in our process- but I guess it does mean that we a)put our relationships with each other first, b)that we value our time over money, and c)that we continue to work towards our individual and collective purpose. Some of the options in front of us were threatening to compromise some of those priorities, and I became worried that we’d get lost in a flurry of pride and stubborness and find ourselves in a spot we didn’t want to be. At the same time, I do want to push forward and be brave in this. I do. If we can. I want the version of this process that works, and that means considering the holistic goal in addition to the vision of a little house on some land. All that said, we are working with our friends and family to see if we can make this happen, and we’re currently trying out a plan that just. might. work. 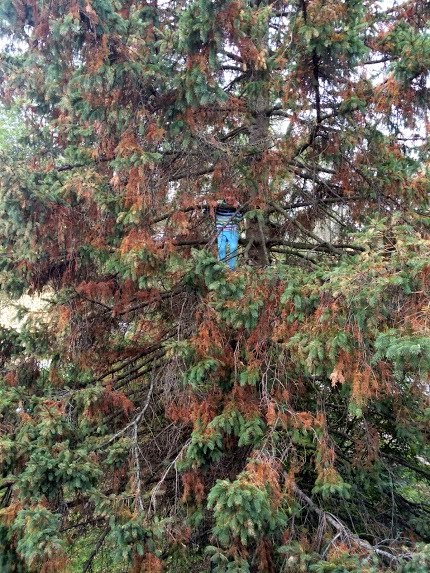 This morning Vera climbed the big spruce tree in our back yard. The bottom of the trunk has had the branches trimmed, so all that’s left are these little stubs until about six feet up. Vera discovered that she could use these stubs to get to the lowest branches. I watched her from the kitchen window, scaling this tree like a rock climber. She reached the lowest branch, swung herself up, and proceeded to climb until she was far up into the tree. My mama-instincts made my heart pound a little, but I was simultaneously swelling with pride. She’s always been so brave, daring to test her limits and learn her own strength. Sure, something bad could happen, but she’s not a reckless kid. In the grand scheme of things, I think it’d be worse if she played it too safe. At the same time, sweet Eli (with his own strengths and struggles) saw her achievement and wanted to follow her up the tree. He nervously tried to climb in the same way she had, but he quickly was overcome with doubt and cried for help. We all cheered him and praised how high he’d gotten, but he was discouraged and angry and ran away. 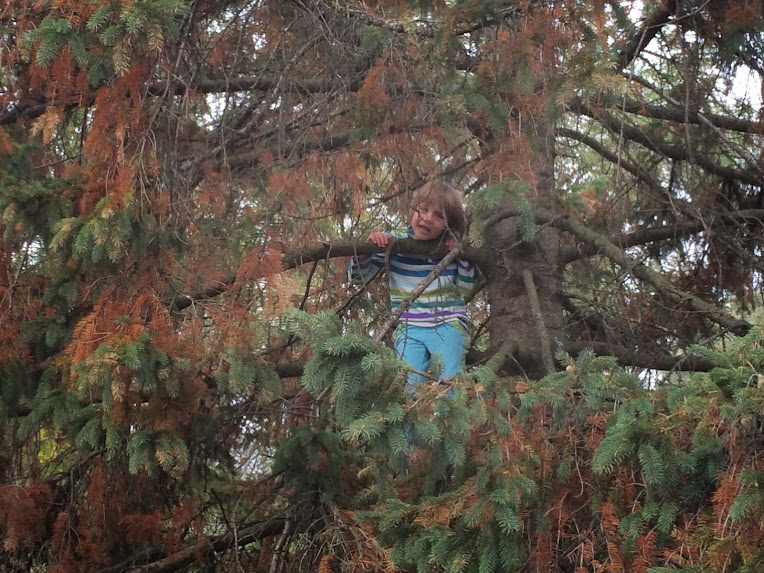 I was grateful to watch these two kids this morning, because it felt the perfect metaphor for my situation right now. As the parents, we talked about knowing that they both could do it. It was interesting for me to reflect on the idea that, despite my knowing what they are capable of, these kids do not know yet themselves. Also, despite my knowing, the possibility of failure still very much exists. They have to risk themselves in order to discover their own power and limits. I was able to see, through this example, how much of our perception of success depends on our surrender- it takes our willingness to just move into action and to temporarily set aside our attachment to the outcome. 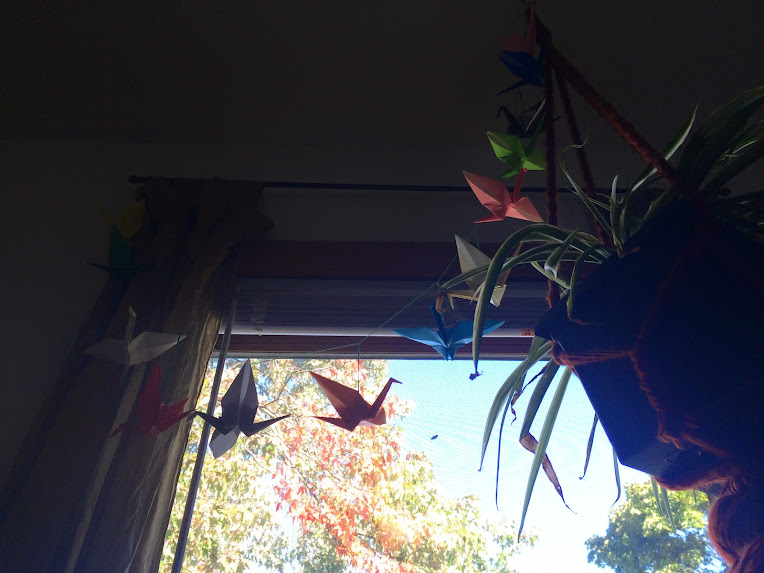 Suddenly I can see the appeal of envisioning a higher power for myself through this particular stage of my life. Something watching me from above, in perfect knowing and without interference. I have a choice about how I move, how I perceive my failures, how I use my unique abilities, how I participate. As I watched Vera and Eli from the window, I was no more in favor of either outcome. I was proud of her achievement and I was proud of his shaky attempt. From my vantage point, it was all good. Perhaps the universe loves me to find my way up and also to fall. Perhaps the universe just loves me.