I have seeds coming out my ears, soil everywhere, and living things all around me. I should be overwhelmed, but mostly I'm just excited. Okay, I'm a little overwhelmed… Big news for the week is that I applied for an LLC and got approved for a booth at farmer's market with some friends. I don't have my website up yet, but you can see me on facebook. It's not much to look at yet. I'm working on our logo, and hopefully we'll grow into a good family business over the next few years. We'll grow as much as we can on our little lot, and then plant some bigger stuff (winter squash and corn, mainly) out at the land. I'm drowning in ideas, but there are only so many hours in one day. I'm also making a lot of coffee. Who wanted to quit drinking coffee? Meh, I'm through with beating myself up. I love coffee. I just want to be good to myself. I'm working on going to bed earlier, and that's helping.

I like having bulk seeds. I get to put them all in mason jars, and there's just something beautiful about it to me.

Soil blocks. I am getting faster and faster with these, and I am pretty sure I like them better than plastic cells. Not that I have much experience either way. They take more time setting up, but I think they save time and energy in the long run. Also, less plastic, so that's always good. Maybe if I actually make some money back I can invest in one of the bigger stand up soil block machines… ooh the fun I could have if we ever turn a profit!

Early stuff is mostly transplanted now, and the later stuff is mostly started. Tomorrow I'm going to really try to sow some stuff right out in the garden. I have to be ready for market in four weeks! I hope to have greens and some micros, and extra seedlings.

I've also been shoveling soil onto these straw bales. I am sore but I also feel myself getting stronger. I still have to figure out a way to keep the dogs out of everything… The other new thing in our world is that we're fixing up the basement apartment so our friend and her son can move in. We didn't plan to rent again after the fiasco with our friend, but when I heard she needed a place I realized she would be one of the few people I'd be willing to offer it to. So Jeff is very occupied with finishing up that space for them, and I'm on my own mostly for farming stuff. It's work, but it's nice that he and I are on the same page so that my expectations are more reasonable.

I'm pretty sure our water is making my plants sad. We lost all four of our fish suddenly, too. I think I'll just be watering with rainwater from now on, but I have to think about us too! If my plants don't like it, our bodies probably don't either.

They aren't dying, they just aren't as happy as they used to be. It seems like their growth is stalled. I have some friends who got a tank for their drinking water and they are buying it now. We may do that, but I wonder how hard it would be to create our own reverse osmosis system… they are WAY too expensive for us to buy, so those are probably our only options. 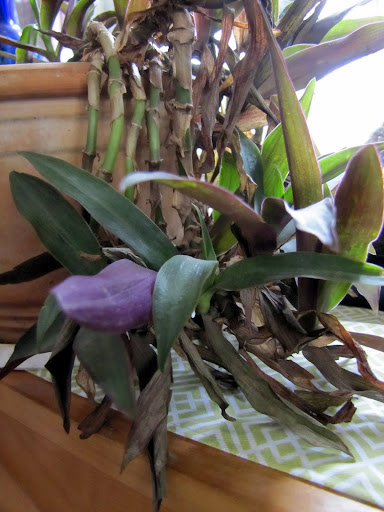 A glimpse at work. Now there I have thousands of seedlings going… It's definitely one of the challenges this year for me- finding the gumption to come home from work and do more seed starting and more soil blocking. I am happy to say that all looks well there so far. It should be a delicious and productive year out at the farm. 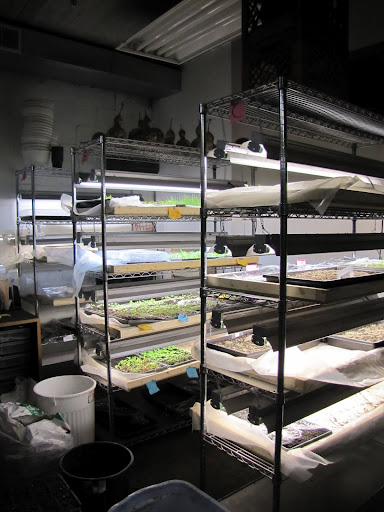 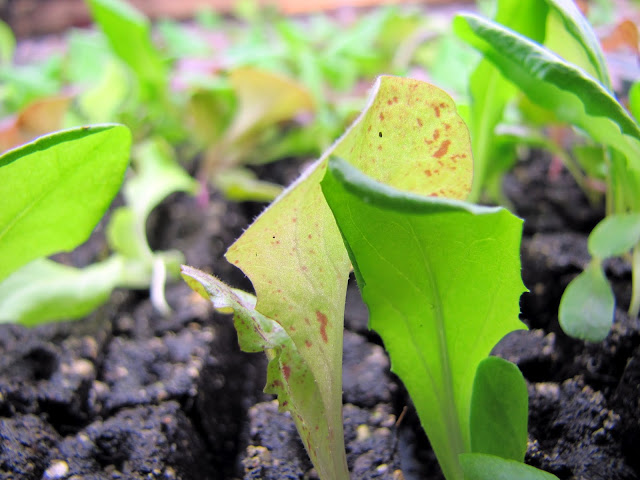 I seem to have this permanent line of soil under my fingernails. I don't really like using gloves. I keep trying them but I always end up taking them off because they just get in the way. I'll have to take good care of my hands, I think. It's got me thinking about making a nice healing gardener's salve. Perhaps I could sell that at market… I'll have to check on that.

—
Yesterday we decided to take a family picture. It was time.

I'm not sure which picture to put up on our farm page. Votes?