On Friday my mom took the day off of work and we met up at Greenfield Village. It was really fun, and the weather was perfect. Also, my sister and her kids and my grandma and aunt came along too. I didn’t get as many pictures as I would have liked- even with baby in a sling, it’s hard for me to feel motivated to take pictures. Too much of a juggling act. And Jeff just doesn’t think of it as much as I do- although when I am fumbling around to get a few he usually remembers and grabs the camera. 🙂 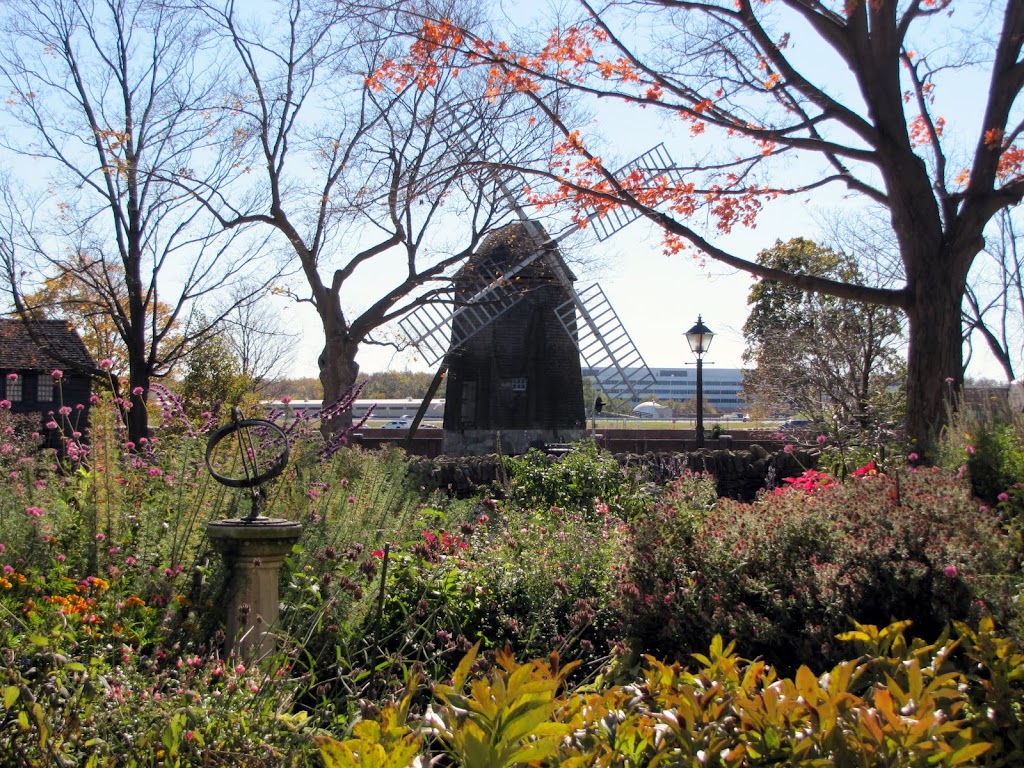 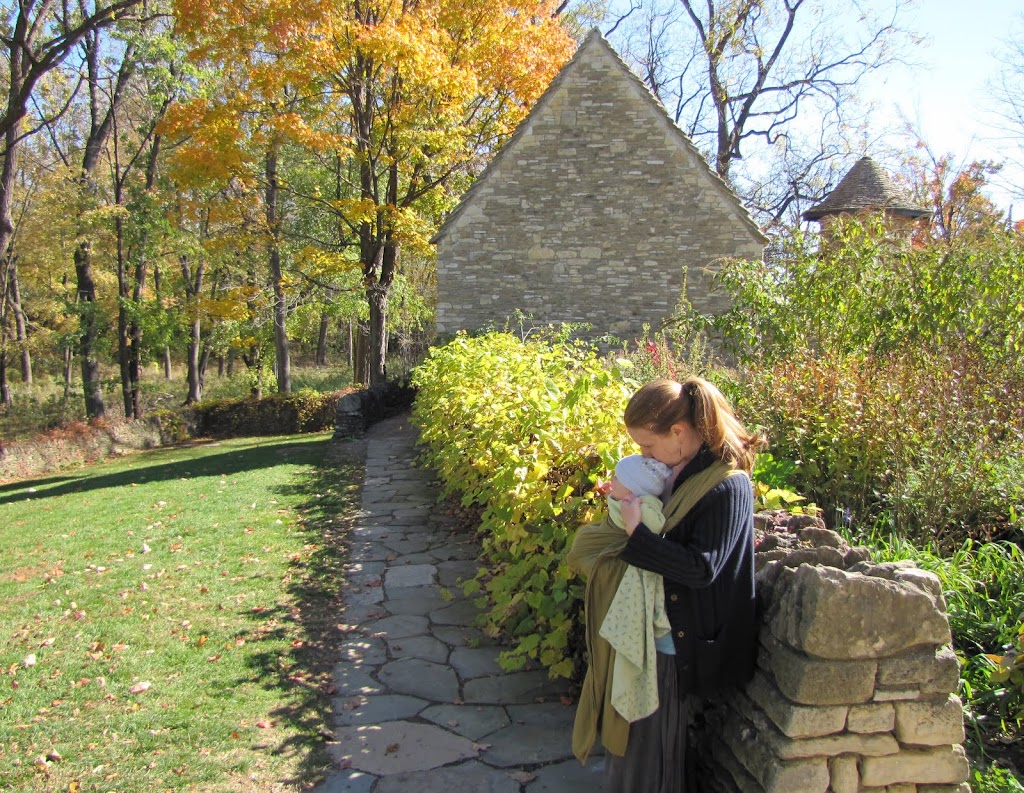 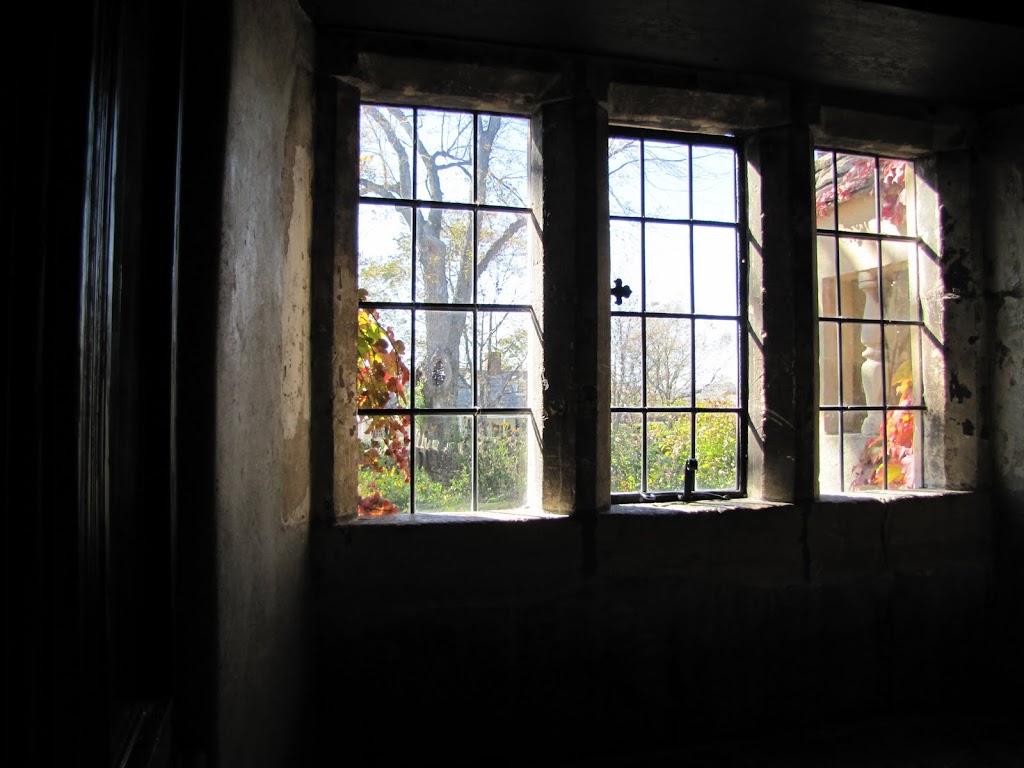 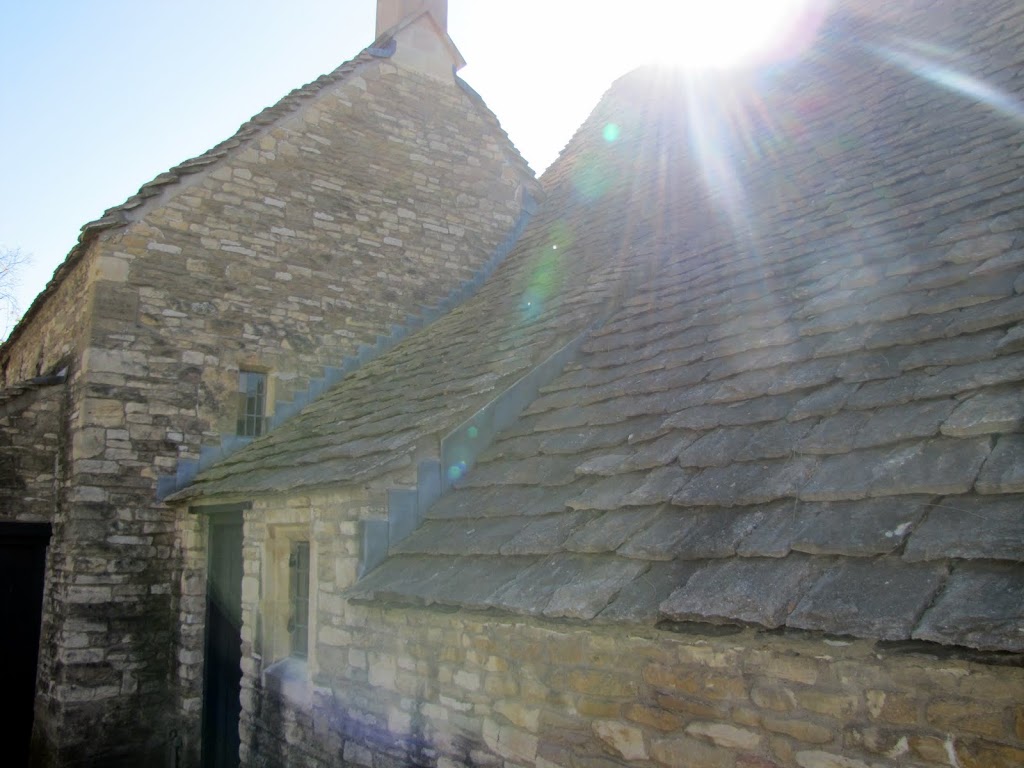 The house we took pictures of was pretty stunning, but my favorite (which of course I didn’t take pictures of…) was a little homestead where they gardened and had a ton of raised beds, and there were drying herbs and peppers and squash everywhere. The people there were really working the land/home the way that they would be back then, and they talked about how it all worked and what everything was… I loved it! It didn’t look like an easy life- they told us about how they had to basically heat one room per day and stay in it because just to heat one room through the winter took about an acre of trees (and even then it didn’t go above 60 degrees F). I’m all for localizing and simplifying- to a more severe degree than some of my like-minded friends- but I definitely see the use for some of our advances. Like earthships. Earthships are the coolest thing! If only they had them back then. It was funny though… er, sad really. I was touring the garden and this guy was attempting to show my mom and I what they had grown, but we kept having to correct him. He didn’t know half as much as we did about their garden- and we’re not big experts. So, it’s one of those things that I mourn about the way life is now. Generations upon generations of knowledge that has just been lost due to our way of life. I so wish I could just flash back in time to apprentice with those homesteaders. They knew how to survive the winter! They knew how to dye wool, what each of the dying compounds were and looked like, how to preserve their food without canning/freezing, etc. It’s just a wealth of knowledge that feels a bit lost now. Anyway, it was a fun trip.

Asa, my little guy. Jeff plopped him in this basket earlier, and I thought it was a much cuter way to display all our unfolded laundry. 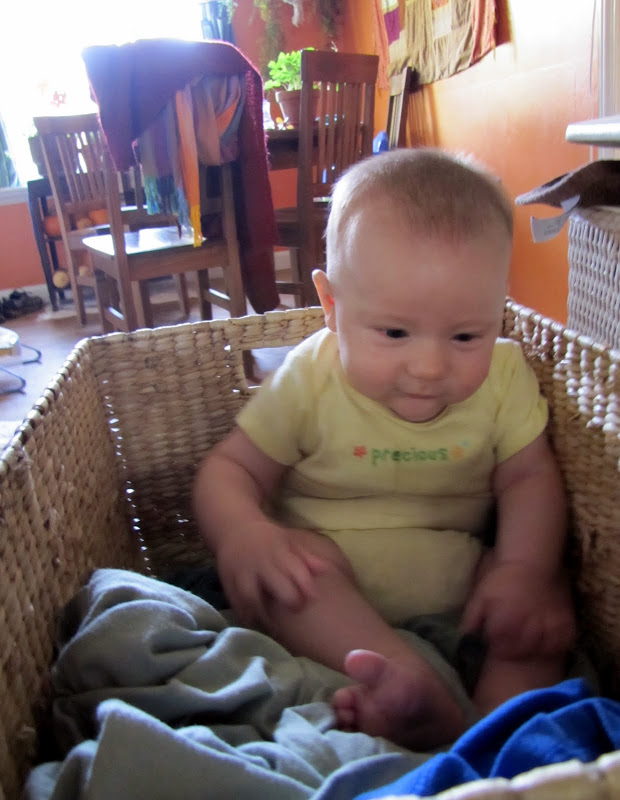 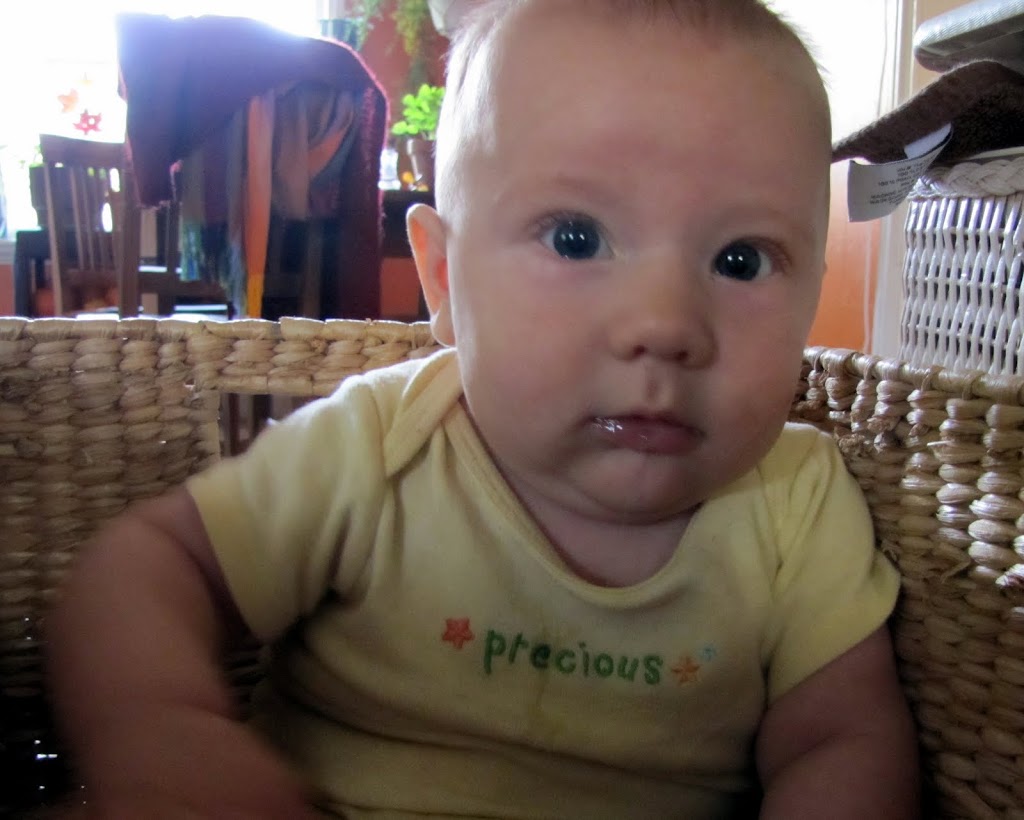 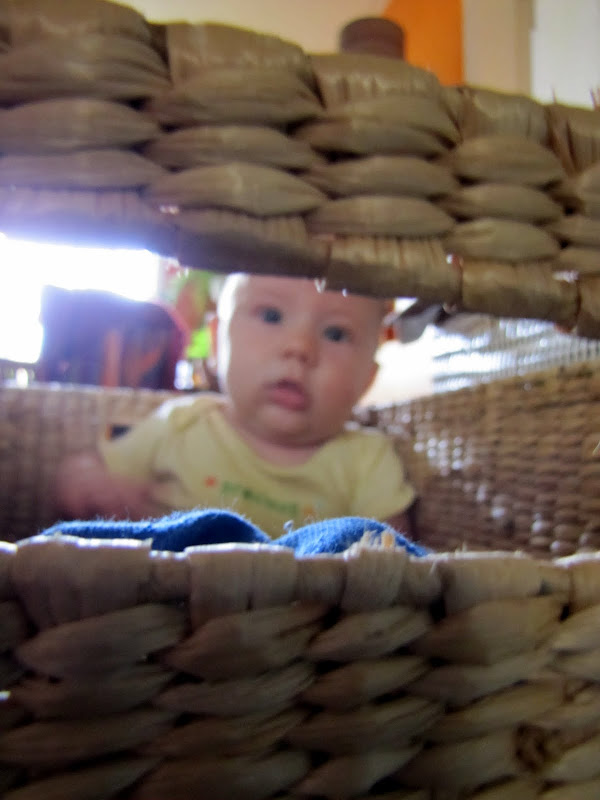 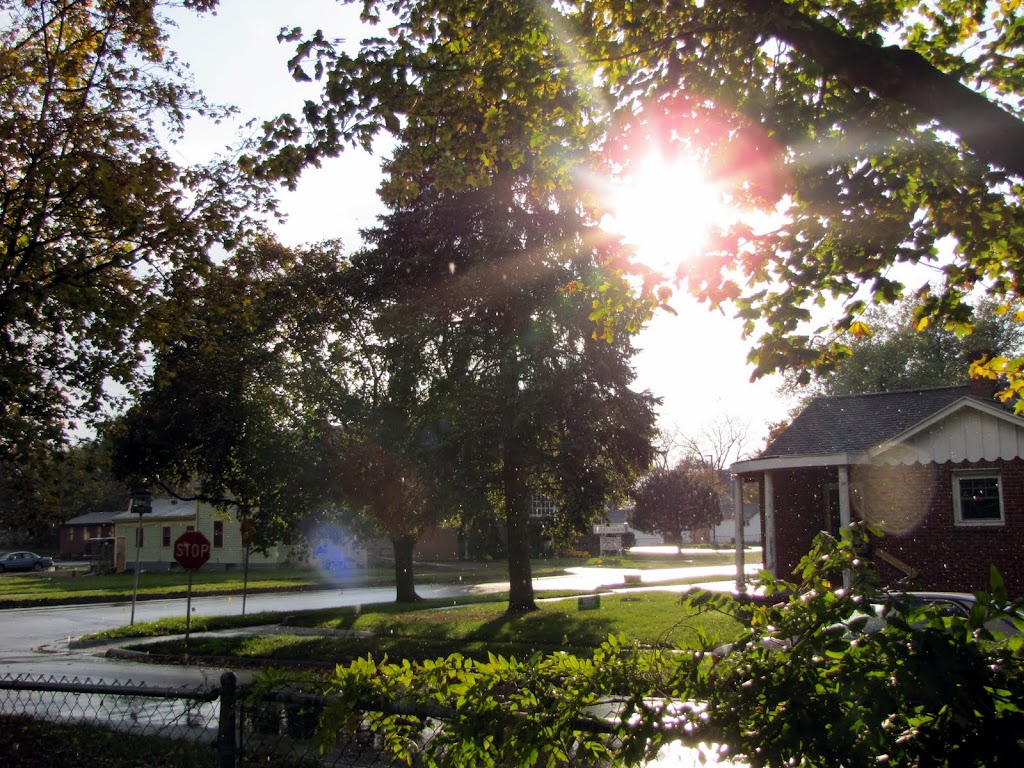 Big girl. She was telling me about her orange balloon from Jeff’s brother’s house. She went there this morning so Jeff and I could get the last of the canning done with minimal interruptions. It’s done!!! (at least, all but my canning of soups here and there) A big sigh of relief from us tonight. It was a really busy year, and I’m so proud of our efforts and all that we accomplished. Anyway, my sweet little girl is really turning into a kid lately. She’s full of stories and energy, and she’s stretching out in that same way when she went from baby to toddler before my eyes, not so long ago. They just change right in front of you and become these amazing little people… 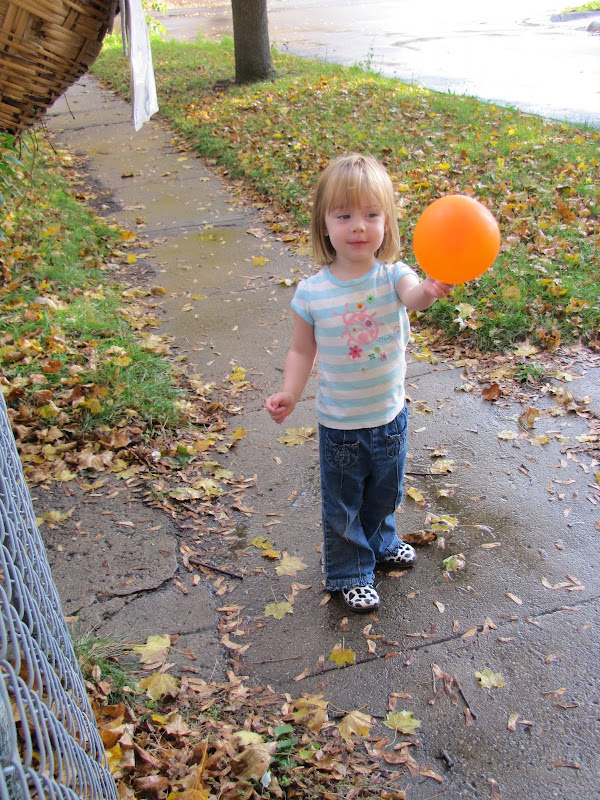 …people that we get to have a real relationship with. It’s so fun. 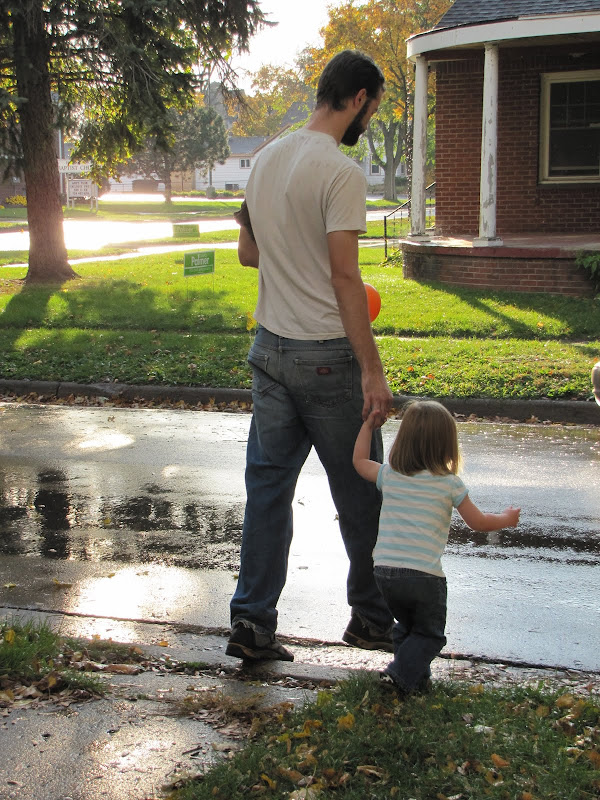 In other news, this week will be spent organizing and getting rid of some stuff, and preparing the house for our harvest party on Sunday. We decided just to have a few friends over for a potluck and call it a holiday. Simple, not scary, in honor of the season and those who have passed… I think it could be a really great new tradition. If you asked Vera about it, she’d likely say: "I gonna be a faiwey. And mama gonna make for me a faiwey wings, and faiwey crown, and faiwey shoes, and a faiwey dwess. And I gonna fly awound, like a faiwey." (Probably exactly like that, too…)

—
Quote of the day:
"To be conscious that you are ignorant is a great step to knowledge." (Disraeli)